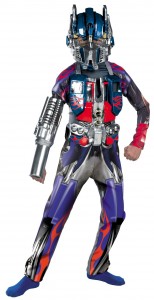 So I was perusing YouTube in search of G.I Joe toy commercials for my 8-year old son and I to watch. See, he’s not that big into army men, and really doesn’t have too firm a grasp (a ‘Kung-Fu’ grip, if you will) on what a G.I Joe is (oh, don’t worry, he loves Batman, Castle Knights, and Transformers, lest you think less of the boy) other than a mention or two or seeing a few in the toy store. Anyway, I told him that these toy soldiers represented the cornerstone of roughly three full years of my childhood and he wanted to see what the big deal was.

So, there we were eyeing old ads when he spotted a link to an 80’s Transformer commercial for the toys and wanted to see it. I clicked, we watched, and we both just lost it when the kid appears in the half-way point mouthing, “ROBOTS IN DISGUISE”. The kid was so creepy and so stunning that we had to go on a new pilgrimage to ferret out any more ads like it. Oh, and were there. And so the list idea was born. Each one of these features a different kid prominently in the commercial showing off his Demonic eyes and ravenous, Chicklet-like teeth wailing the above mentioned line. Laugh along, won’t you? It’s fun!