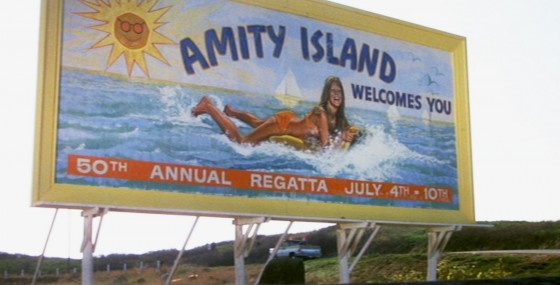 It takes a lot of really specific things to make up a great horror movie. You need a believable killer or some kind of possessed thing, an innocent victim or a group of people you can truly feel for, and some wicked tension that carries the narrative from beginning to end. But it also helps to have a town. An All-American, down-home little town where everyone feels safe and comfy… which also happens to harbor a very twisted secret. In fact, in these towns it quickly becomes quite apparent that evil has centered itself right in its very heart. Many movies have such towns, but only ten really stand out as famous and well-known enough to warrant placement on this list. So stop on by, won’t you! Stay a spell! Enjoy yourself… if you dare!

Maybe not the most well-known horror flick on the list, but it's worth a viewing if you like your scares slightly plot-heavy and impressively storied. Basically, there's a creepy doctor in Potters Bluff who has invented a serum that reanimates the dead and he's using his zombies to murder most of the town. Yeah, there's more to it than that, but there you have the gist. 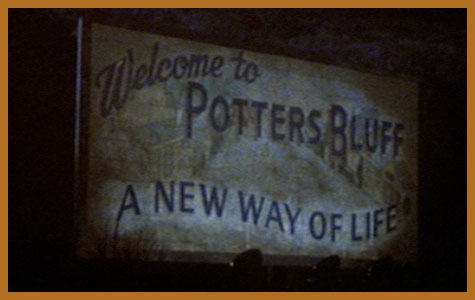 The first of three (count 'em, three!) John Carpenter flicks. It just so happens he makes great movies with great fake towns. Anyway, in The Fog, some of the town's folk discover a book where it's written that a hundred years previous they sunk a clipper ship to prevent the captain from starting a leper colony. Makes sense. Anyway, a nasty fog appears with a ghostly ship! AHHHH! And then the crazy really begins to happen.

And before you even have to ask, no, this isn't a Carpenter movie even if it's based on the Halloween franchise. He did produce it, only because he wanted this particular sequel to have nothing to do with Michael Myers. And thus, Halloween 3. Anyway, the point is as a stand-alone horror movie, it's not too shabby, but the simple fact that it's attached to Halloween makes it a little less... good. What we have is a mask shop (The Silver Shamrock Novelties Factory) where the owner has inserted a small chunk of Stonehenge in the label of each mask. On Halloween night, said label will be spiritually activated, killing the wearer and unleashing bugs and snakes! Ya know, the more I think about it, I think the poster is the best part of this movie... 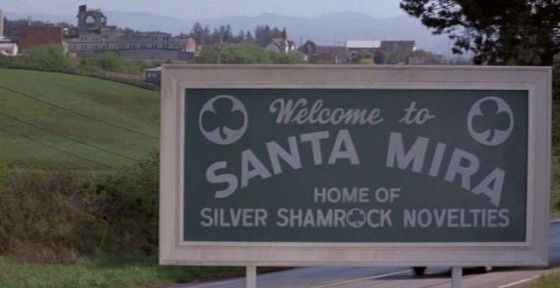 A Spielberg movie? Not hardly. This beauty is Tobe Hooper all the way. Trust me, aside from sharks, I'm not sure Spielberg can do a decent horror flick. Hooper? Well, just think The Texas Chainsaw Massacre and you'll know what I mean. So, in the little town of Cuesta Verde, it seems that Steven Freeling and his family have moved into a new house that Steven and his company have inadvertently built over a cemetery! Hate when that happens. Oops, I buried the lede. Anyway, Carol Anne sees dead people and Robbie tussles with a clown. I kid a little, because this is one of the best horror movies of all time.

Remember what I said about Spielberg and horror? Yeah, well this move represents his one true foray into that genre and what came out was one of the greatest films of all time incorporating an extremely frightening fake shark. Be that as it may, the tension and build-up coupled with the first-rate acting  more than makes up for the fact that you can see Jaws' teeth bend a few times. Still a fun movie that even today keeps hordes of freaked out film viewers from ever swimming in the ocean.

The Film: Scream (1996) and its respective sequels.

Here is the first of two franchises on this list helmed by horror great, Wes Craven. In Scream, Craven and the cast do a bang-up job of incorporating a small town's innate fear over a local slasher while at the same time using many of its residents' knowledge of scary movies to drive the story. It is, at its heart, a true bloody horror movie, but its guts (if you'll pardon the pun-like visual) are definitely running red with spoof material. It doesn't so much make fun of horror so much as it homages and jabs at our country's fascination and immunity to the genre Anyway, masked killer offs a bunch of kids, turns out to be one of the kids, movie in a movie is made of said killings, cue the sequels. 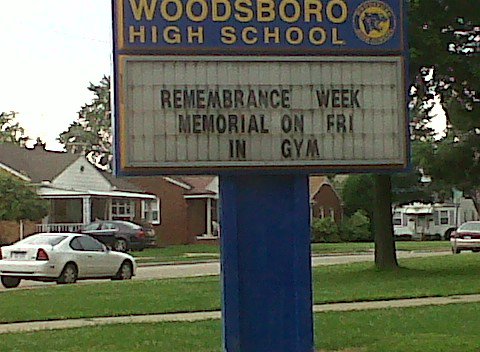 The second of the Carpenter Trilogy on this here list is one of my absolute favorite horror movies of all time: In The Mouth of Madness. It's a twisted little tale of an author (Sutter Cane) who has gone missing just before the bulk of his new book manuscript can be delivered to publishers. You see, Cane is the most widely-read and best selling author of all time (think Stephen King through the eyes of John Carpenter) and readers are literally clamoring for their new fix. John Trent (Sam Neill) discovers that Cane might very well be in a town of Cane's own creation called Hobb's End and is twisting reality to his own whims. There's a whole lot of Lovecraft in this masterpiece. Not the only time Carpenter uses that mythos. 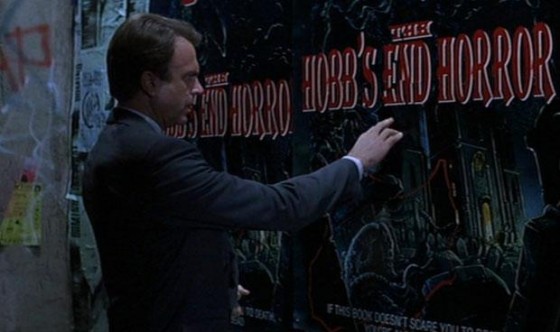 What can be said about the fictional camper's dwelling of Crystal Lake that horror film fans don't already know? Well, other than the fact that it's in no specific state, as far as I've seen. Take Part 8 for example. It makes the viewer believe that the lake itself is somehow attached by unknown waterways to the New York harbor. Yeah, seems legit. Anyway, what really matters is that it seems to be Jason's source of energy and life force, since as many times as he's been presumed dead, resurrected, or just plain brought back to life via other ridiculous means, it's Crystal Lake that makes Voorhees who he is. He's apparently a slasher, a revenant, and a zombie. Now that's a repertoire! 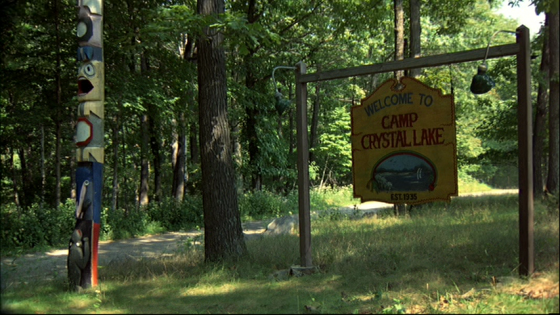 The Film: A Nightmare on Elm Street (1984) and many of its respective sequels.

Though every town has an Elm Street, Springwood itself isn't real. And that's probably a good thing since this is the place where teens suffer for their parents' mistakes at the bladed hand of Freddy Krueger. And the worst part is that Freddy isn't your typical slasher. Oh no, he's the things nightmares are made of. Literally. 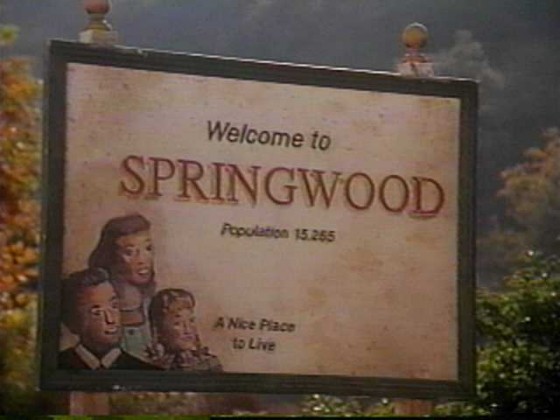 The Film: Halloween (1978) and many of its respective sequels.

Maybe it's the fact that Halloween has been around for so long that it's become a staple in the horror genre. Maybe it's because John Carpenter took what was largely considered a weak movie premise and turned it into something absolutely terrifying. Or, maybe it's just simply because the mere mention of Haddonfield brings out nods and grins as everyone begins to remember their first time seeing The Shape (Michael Myers) and that creepy mask. However you choose to believe the whys, there's no denying Haddonfield's cultural impact on horror past and horror forever. 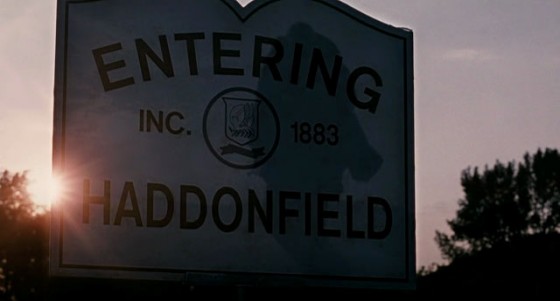