Humor > Lists > Ten Creepy Old Guys Who Got a Pass

Ten Creepy Old Guys Who Got a Pass

Nothing creepy here at all.

Traditionally when older gentlemen choose to hang out with young kids, people don’t approve. Whether he’s Michael Jackson, Roman Polanski, Joey Buttafuoco, or old Chester who hangs out at the mall, suspicions are generally aroused.

Sometimes however, people choose to ignore the murkier depths and just take things as they are on the surface. There are several clearly disturbed individuals that the general public chooses to ignore, calling them “eccentric” instead. Well, it is time that people took the wool off of their eyes and began paying a little more attention to the actions of these creepsters. (In no particular order)

1) Mister Belding – Saved By The Bell 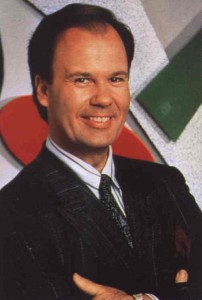 It must be a full-time job being responsible for a high school, but Mr. Belding takes his work home with him far too often. The man spent half of an episode hanging out in Zack Morris’ room to get away from his wife, they even ordered a pizza. Just how much do you have to start following around a group of kids before people start to take notice? The gang gets a job at a beach resort, look who happens to be a member. The gang goes to Hawaii, look who’s in charge of a Principal’s retreat to the same island. Even with his new class, Mr. Belding took a part-time job at the local mall just so he could keep an eye on his kids. No wonder Zack pursued a similarly creepy relationship with his middle-aged resident advisor in College, Kelly fell for one of her professors, Slater hangs out with Danny Bonaduce, Lisa got engaged to Martin Lawrence, Screech has a sex tape, and Jessie became a stripper. 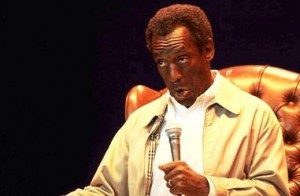 Bill Cosby has charmed his way into the American hearts for decades. From his stand-up full of nonsensical noises to his television shows full of nonsensical noises, the man has entertained the young and old for quite some time. At one point though, does his hilarious jibber-jabber become cruelty? In his later years, someone involved him in a television program with an interesting premise: interview kids, and make fun of how stupid they are. If these people were adults, and Bill Cosby was running these experiments out of his basement, people would lock him up. Since he’s on television and the participants are minors, suddenly it’s alright? What kind of sick world do we live in? The man may be a doctor, but Lost In Space proved that some doctors just shouldn’t be trusted. Especially around children. 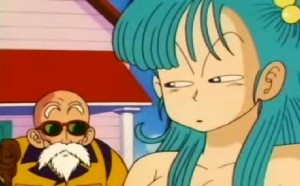 “Alright, a bunch of robots have gone rogue and I need to design a master robot to take them all down. The logical answer is to model my creation after a six-year-old boy. What’s crazy about that? That freak Geppetto got a real boy and no one questioned him, and mine’s not even real. He just looks and feels real. Is that so wrong?” – Dr. Thomas Light. Yep, nothing creepy there at all, let’s move on to the next. 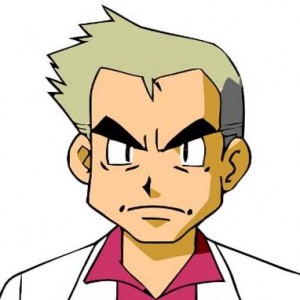 The danger is as old as time. “Come here little boy, I have a gift for you.” It’s a good thing that parents these days warn their children to stay away when weirdos make strange offers. Then there are parents like Mrs. Ketchum, who actually give their son the message that a strange older man has a gift for him in his lab. She could have at least gone with him to the lab, instead of letting the kid wander over there by himself just to get jumped by that jerk who lives down the street.

I don’t care how respected Dumbledore is, if the headmaster keeps having late-night meetings with students someone needs to at least look into the matter. His cover doesn’t even sound good. “He’s the chosen one so I must teach him to defend against potential probing attacks.” No one really cared about Hagrid hanging out with the kids, but he was enough horses short of a stable to quell any suspicion. Dumbledore even gives the kids an invisibility cloak, allowing them to meet him without anyone knowing… that’s not suspicious at all. 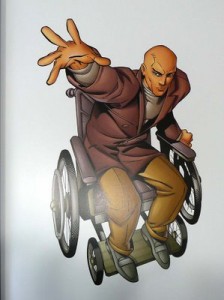 “Hello sir and madam, my name is Charles Xavier and I have a proposition for you. I sense that your child has just hit puberty and you’ve noticed some changes within him. Well, I have noticed these changes too. If you’d allow it, I would like to take him to live with me in a large secluded mansion where I keep whole teams of children just like him. Fear may encourage you to object, but I really think it would be best for him at my specialized ‘School for Youngsters’, away from the judgmental eyes of the rest of the world. A sanctuary where people like us can be free from the rules society wants to chain us with.” – Professor Charles Xavier 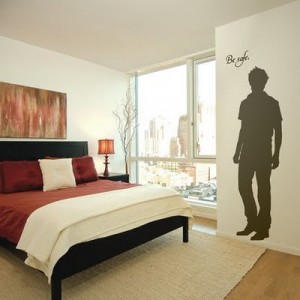 Vampires have always been creepy, why do you think everyone hated that kid in grade school that would go around biting people? These people have trouble relating to others, and they seek deviant relationships to appease their strange tastes. All these perverts had to do was figure out a way to sparkle, and suddenly everything is free reign. “He broke into my room and watched me sleep every night for weeks on end. He’s over a hundred too, not like those immature high school boys. Our relationship is really special, and if he ever leaves I’ll probably try to kill myself. My life is so romantic.” When will teenage girls learn that guys that hang out with girls WAY younger then them only do it because they can’t get anyone their own age to like them?

9) Dr. Emmett Brown – Back To The Future 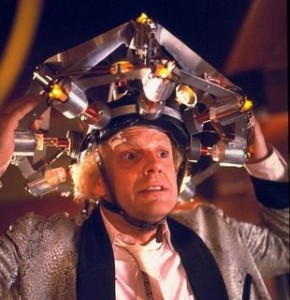 “Marty, I know I’m calling you in the middle of the night, but I need you to meet me in the mall parking lot at 1:15 am. Don’t forget to bring your camcorder!” It doesn’t matter if it is one of the greatest movie friendships since Butch and Sundance, why the hell was a high school kid hanging out with a crazy old scientist in the first place? Didn’t the parents wonder where Marty went at night? What kind of educator keeps filling out late slips without thinking about what’s actually going on? “Late again McFly. Lost your sense of time over at that local nut’s house huh? Always the same story, move along.” 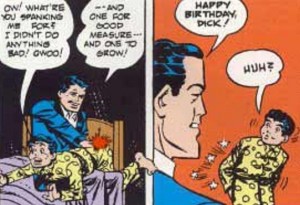 The rich take in kids all the time, just look at Angelina Jolie, but there is something a little more sinister about Bruce Wayne. “Here’s the deal kid, if you come live with me I’ll take you into my secret cave and dress you up in a little costume I have saved for you.” It wouldn’t be as bad if he at least got Batgirls to live with him too, but it appears the open-arms adoption policy at Wayne Manor is only applicable to young boys. The man might be a millionaire playboy, but the public would have to be curious about his preference for the company of young gymnastics prodigies.