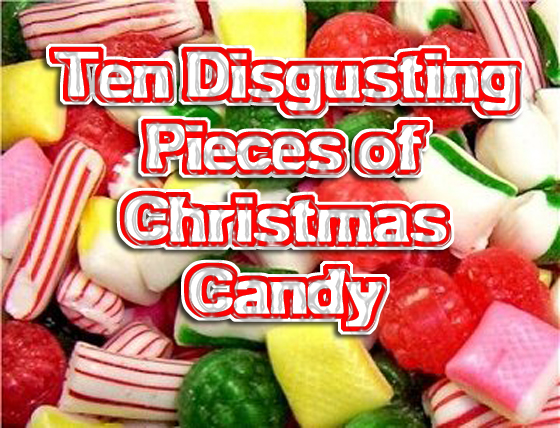 Even though Christmas doesn’t immediately conjure up thoughts of candy, per se, the real truth of the matter is that it really kind of is another in the long line of confection holidays. It probably comes in fourth in terms of sweet loving holidays behind Halloween, Easter, and Valentine’s Day, and it’s edging its way ever vigilantly toward the third spot. Candy Canes are a classic, as are boxes of mixed types like those from Russel Stover and the like, but there are a major collection of those specific candies that are, well, less than tasty. In fact, they’re downright disgusting. Let’s take a look at what’s happening. 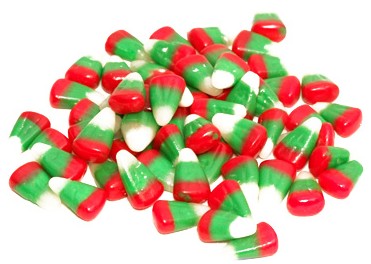 People have a real love-hate relationship with candy corn. Basically, most people I know love to hate it so much so they pretty much compare them to dying on the spot. Yeah, that hyperbolic. Anyway, I really have nothing against regular candy corns, actually, but when I discovered these Christmasy versions (sometimes referred to as Reindeer Corn), well, let’s just say I was skeptical. But, for the sake of… I don’t know, science I guess, I ate some. Basically, picture the strong mintyness of candy canes with the consistency of Play-Doh. And the fact that they look like grimy, bloody teeth really doesn’t help matters any, I can assure you. 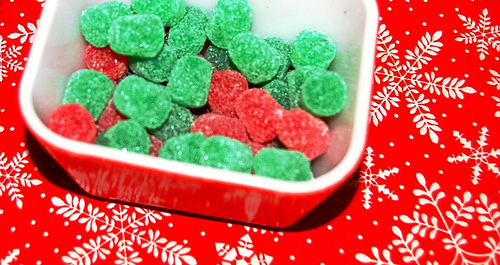 I’m not sure what sadistic evil Willy Wonka devised gumdrops and when, but these candies are definitely one of the nastiest things on Earth. Most of us have eaten one a time or two, typically during the Christmas season when grandma’s the world over leave their best crystalline bowl chock full of these little crunchy boogers sitting around. They have nothing to offer anyone aside from horrific fake flavors and a coating of enough sugar to put a kid in a coma. The centers are reminiscent of biting into a coagulated wad of fat with all of the awful thoughts that go with it. Basically, a really big, really sweet, aforementioned booger. Ugh. 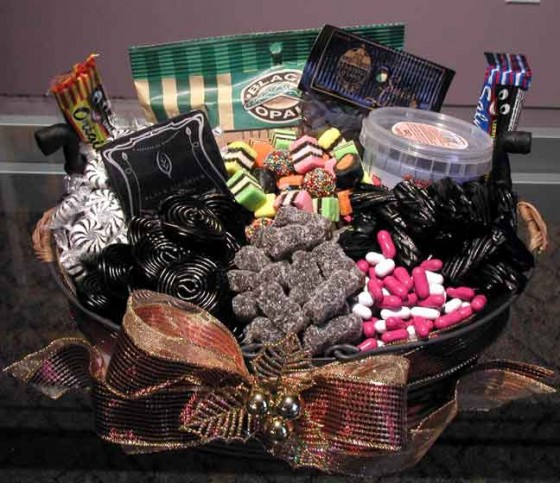 If there’s any flavor more perversely foul than black licorice (aka: anise) I, for one, do not want to know what it is. I guess maybe Satan’s balloon knot probably falls under the description of Hellishly-flavored -maybe like sepsis and burnt pork- but for us here in the mortal plain, it’s hard to get more vomit-inducing than Black Licorice. So, it should come as no surprise that anise in confection form has been around since the dawn of time, and is somehow popular enough (or maybe just hasn’t killed enough of the innocent) to still be produced on a regular basis. I guess Christmas seems to be a great time of year for this retched shit, right? Joyous Noel to you, too! 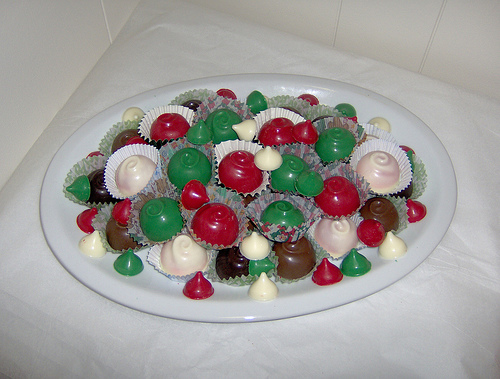 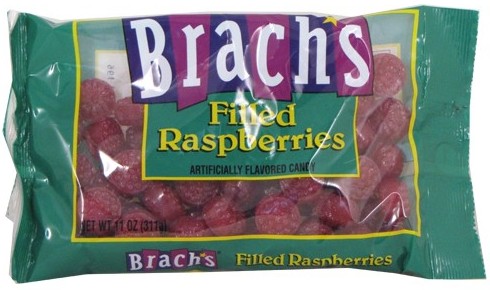 Oh look! More shit filled with shit! Only raspberry? Could we possibly have more of these? (Hint: Yes) Slightly more on the ‘candier’ side of the filled gems are the Filled Raspberry candies. Basically what we have here is a raspberry-shaped hard candy shell packed full of raspberry syrup. In fact, these things are not unlike those filled Halls that have a dollop of cough syrup inside for further soothing. That’s just what I want in my confections: to be reminded of having a head cold. 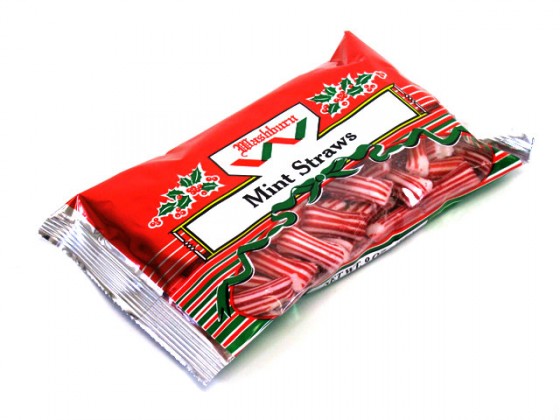 Okay, I swear this is the last filled candy on the list. Oh, and for added excitement, it just might be the most heinous. This shit is seriously the most ridiculous excuse for candy I have ever seen. It’s basically a breath mint with more breath mint in it. What a fuckin’ cop out! When I reach for Holiday candy, the last thing I want is something that’s going to freshen my breath while improving my social stature. I want sweet, I want tasty, and I want perpetually bloating. I don’t want solid tooth paste.

If there’s one thing candy shouldn’t be, it’s disguised as real food, such as fruit. I understand when things like Fruit Snacks do it, because they are typically 100% real fruit and are geared toward young kids who are too dumb to get it. Candy, however, is supposed to be only one thing all the time: Candy. Then along comes Orange Slices, parading around attempting to fool everyone with all their fake flavoring and artificial crap like some weird Bizarro Halloween mistake. What I’m saying is: candy. Never fruit. 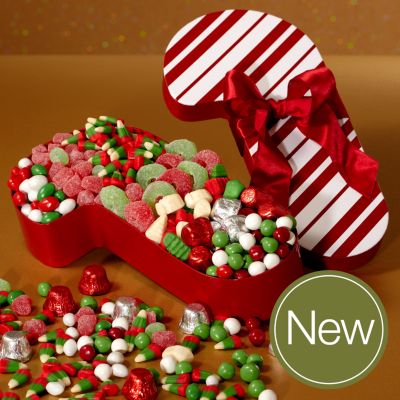 Mellow: The bastardized second part of the word Marshmallow. Cremes: Soft, gooey candies that are usually creamy and cream-colored. This, friends, is an amalgam best left uncombined. If you dig. What’s even worse are Christmas Mellowcremes that have mint and goopy fruity shit and like… some kind of milky… look, it’s a lot like eating a mildly sweet hard-boiled egg. Not, however, like eating a Cadbury Cream Egg. Those things are delicious. See what I did there? 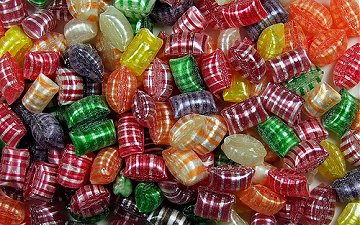 What the hell is it with Christmas and fucking MINT! Is it because mint reminds people of cold snow? I guess if you worked for York that makes sense. Maybe it’s because its white, also like snow… Look, I don’t know, but mint sure fills a ton of candies around this time of year. Anyway, here we have (sigh) Mint Pillows. Ya know, those square, striped, iridescent candies crammed with liquid mint that gather tissue lint and bits of hair at the bottom of your granny’s purse. Well, when you dig into a big old bowl sitting on the coffee table, just remember, some of those hairs might be pubes. 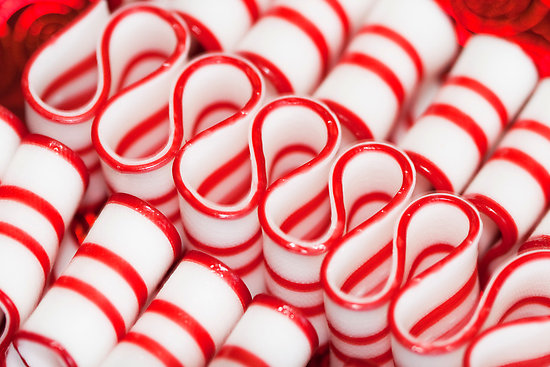 And so we arrive at the pinnacle of terrifying, abhorrent Christmas Candies: The Ribbon Candy. Ribbon Candy is a crime perpetrated by sweets companies who wrongfully assume that humans like to put just about anything in their mouths as long as it’s pretty. These companies learned by watching babies and toddlers who’ll often come upon something shiny and colorful and attempt to eat it. Hell, even as adults, as long at the object is at a dining table (or any flat, horizontal surface), we’ll probably eat it; caviar, flavored foam, candle holders, silver-wear, cuff-links… you name it. This is the very reason why Ribbon Candy is so popular. Especially at Christmas! Without Ribbon Candy half of us would eat the ornaments and tinsel. Nasty shit.