YouTube is full of people covering their favorite songs.

Some people have the pipes to pull it off. 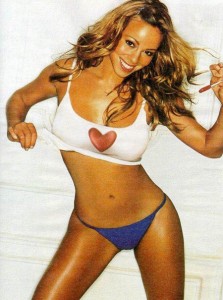 Others just wind up embarrassing themselves. 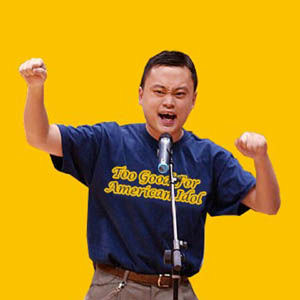 Those who can’t sing, yet don’t wish to let the world know it, can still enjoy their few minutes of singing fame. Here is one of the most famous examples:

Unfortunately, they usually still wind up embarrassing themselves. Here is some proof in the form of ten hilarious lip sync videos from YouTube:

The beginning of this one explains, “I made this video because I got high.” At least this guy’s got an excuse.

Probably one of the most popular lip sync videos ever. Many have imitated, nobody has yet to succeed in reaching this level of dorkiness. (Check out the guy at his computer in the back ground. You’ve got to wonder what was going through his mind.”

“Tell Me What You Want”… We WANT you to never, ever, do this again. Ever.

We believe the opening dialogue to this one is even more disturbing than the actual lip syncing.

Check out the one in the hat. His job was to make mystical faces to fit the theme of the song.

This wouldn’t be nearly as embarrassing if these guys didn’t look so much like teenage girls having a slumber party.

Due to a recent injury, the third member of Boom Shakalaka will be performing from the couch.

The funniest thing about this one is how the guy on the right seems like he’s totally being pressured into doing this, then just decides to freaking jam out mid song!