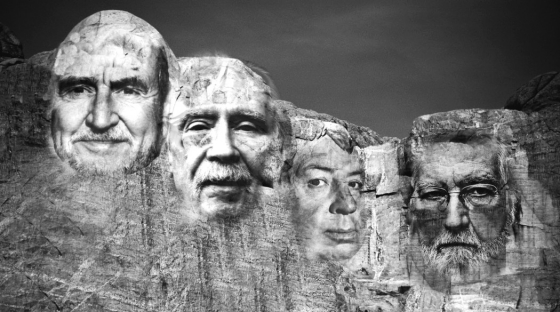 A Horror movie is often times only a classic because of its director. Sure, we all know Jason Voorhees and Friday The 13th, but how many would instantly recognize the name, Sean S. Cunningham? Probably very few. But if you mention The Thing or Halloween, pretty much everyone knows John Carpenter. Having a well-known director attached to a film can either make its credibility as a great movie or else break it completely. These ten famous horror directors each have long lists of fantastic and universally loved movies, but deep within those same lists lie simply terrible films. These ten movies nearly broke many of these men in Hollywood, and still we remember them fondly.

The master of Body Horror and the king of Visceral Gore, David Cronenberg has given us so many memorable hits, including The Fly, Videodrome, Rabid, The Dead Zone, Scanners, and Dead Ringers. But among his long list of films, one stands out as a piece of tripe for which his career stood in the balance…

The Bad: Shivers (1975) From Canadian journalist Robert Fulford, “You Should Know How Bad This Movie Is, You Paid For It.” He called it “crammed with blood, violence, and depraved sex” and “the most repulsive movie I’ve ever seen.” Though its initial release was neutrally negative at best, it has gone on to cult status. The film, at its core, is about parasites that attach to human hosts and make them want sex.

The man who would bring the world future horror icon, Freddy Kreuger, Wes Craven, had quite a long and illustrious career making movies. Some of the many that have gone on as cult classics in the horror genre are The Hills Have Eyes, Last House on the Left, The Serpent and the Rainbow, Shocker, and Scream. But he, too, suffered from a nosedive…

The Bad: Deadly Friend (1986) Though adapted from a novel where character build-up was its backbone, test screenings found it lacking on Craven’s typical gore and grue. Changes were made, but they didn’t do the film any favors. Allmovie said, “It’s an intriguing combination of elements, but the end result is a schizoid mess”, calling Craven’s direction “awkward” and opining that it “lacks the intense, sustained atmosphere of his previous horror hits.” But we all know this one scene…

As was said in the opener, John Carpenter’s name is pretty household for those who know horror: Halloween, The Thing, Prince of Darkness, In the Mouth of Madness, Vampires, The Fog, and Escape from New York. The list goes on from there, and his early and mid-career works are legendary. But, as is the case with so many others, sometimes bad movies happen to good directors.

The Bad: Memoirs of an Invisible Man (1992). In this film, we find Chevy Chase as a man grappling with his newly discovered ability to turn invisible. Desson Howe of the Washington Post said, “Memoirs of an Invisible Man isn’t a movie. It’s an identity crisis. The previews would have you believe it’s a zany comedy. But the jokes are too far and few between. And if it’s a comedy, why is John Carpenter directing it? This is the man who did Halloween…if Memoirs wants to get serious, why is Chevy Chase in the lead? This is the man who starred in National Lampoon’s European Vacation.” Ouch.

Every decade needs a new, stand-out director, and the 2000’s have proven his name is James Wan. Some of the films he’s directed that have become huge hits are Saw, The Conjuring 1 and 2, Insidious 1 and 2, and Furious 7. But even in his relative directorial infancy, there have been some movies that might be left forgotten the further his career advances.

The Bad: Dead Silence (2007). Not too much on originality here, Dead Silence features a killer ventriloquist doll called Billy whose evil possession causes a spirit to cut its victim’s tongues out. Rotten Tomatoes said, “More tasteful than recent slasher flicks, but Dead Silence is undone by boring characters, bland dialogue, and an unnecessary and obvious twist ending.” There is nothing at all acceptable about obvious twists.

Not necessarily a name you would readily recognize, Tobe Hooper has brought the horror world some of the greatest scary movies ever made. The Texas Chainsaw Massacre, Salem’s Lot, The Funhouse, Poltergeist, Lifeforce, and The Mangler are merely drops in the bucket of his film library. In that same bucket are a few nasty drips, the nastiest being…

The Bad: Night Terrors (1993). A woman travels to Cairo to visit her father when she suddenly becomes involved in some serious sadomasochistic rituals and nasty practices all led by Robert Englund.  John Kenneth Muir of Horror Films of the 90’s said about this shoddy tale, “Many Tobe Hooper films admirably shatter taboos and film decorum, but there’s little intellectual, stylish gamesmanship in this underwhelming film.”

As names in horror go, those who know, know him as the Godfather of the Zombie movie. Though George Romero has directed many other films, he is best known for Night of the Living Dead, Day of the Dead, Dawn of the Dead, Land of the Dead, Diary of the Dead, and Survival of the Dead. And with a library as vast as his, it should come as no surprise that even Romero can make a movie so awful.

Raimi rose quickly in the directorial ranks after making Evil Dead, Evil Dead 2, Army of Darkness, Darkman, The Hudsucker Proxy, and The Gift. In fact, his next series of movies were a little trilogy we all know as Spider-Man. But even with bona fides as great as Raimi’s, there is a film in his collection that was just downright bad…

The Bad: Crimewave (1986). Surprisingly, this second film directed by Raimi (after Evil Dead) was written by The Cohen Brothers. And even with that, it was a box office disaster. Mixing slapstick, Film Noir, and dark comedy, this movie follows the bizarre exploits of a death row inmate. Once again it stars Raimi mainstay and friend, Bruce Campbell, and he said this of the film, “(A) lesson about abject failure”, writing “no matter how you slice it, the film was a dog, and everyone involved can pretty much line up and take forty whacks. As filmmakers, we failed to execute a misguided concept and our studio refused us the benefit of any doubt.”

As classic and well-known as horror/terror/suspense directors go, Alfred Hitchcock is also the only one on this list to have had a Biopic made about him, because his influences run that deep. Some of the movies from his impressive library are Psycho, The Birds, Vertigo, North by Northwest, Marnie, and Rear Window. The difficult task was finding one film to be considered a flop since for years he wasn’t always a well-liked director. Before his string of hits in the 50’s, his career seemed to be in a spiral…

The Bad: Rope (1948). In a seemingly suspense-filled story of murder and superiority, there seems to be too little of both. Two college mates strangle to death another, place his body in  a box, and use that box as a buffet table to serve their friends and family and a party. Their idea is to prove that someone can commit the perfect crime with no one ever knowing the wiser. Vincent Canby of the New York Times said, “(It’s) full of the kind of self-conscious epigrams and breezy ripostes that once defined with and decadence in the Broadway theater”; it’s a film “less concerned with the characters and their moral dilemmas than with how they look, sound and move, and with the overall spectacle of how a perfect crime goes wrong”

There’s not too much in terms of directorial accolades for Eli Roth, though he has done a lot outside of the chair including acting and producing. His hits include Cabin Fever, Hostel, Hostel 2, and The Green Inferno. But that being said, there is still a film he’s likely rather not be known for…

The Bad: Knock Knock (2015). Starring Keanu Reeves, this story follows a happily married man left to his own devices over a weekend when his wife and kids go away. Once alone, he is besieged upon by a pair of women who want nothing more than to sexually torture him and smear his name. Rotten Tomatoes says, “Knock Knock brings a lot of talent to bear on its satirical approach to torture horror, but not effectively enough to overcome its repetitive story or misguidedly campy tone.”

Another in the pantheon of classic horror directors, James Whale is responsible for such huge hits as Frankenstein, The Invisible Man, Bride of Frankenstein, and The Man in the Iron Mask. His legacy is quite large, and as such, there were many missteps. One of his most well-known was…

The Bad: The Road Back (1937). Dangers of the oncoming Nazi regime are running high, and for men returning from the battles of World War I in Germany, speak of their despair and disillusionment. John Mosher of the New Yorker said, “(Often) confusing, almost embarrassing. Also, it is definitely not German, and, along with the very American boys of the cast, the essential atmosphere is often bewildering. It’s neither German nor anything else – just studio nether world.” 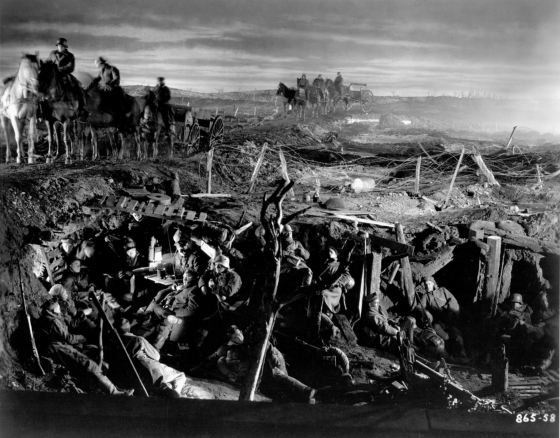