Ten Frontmen Who Died Too Soon 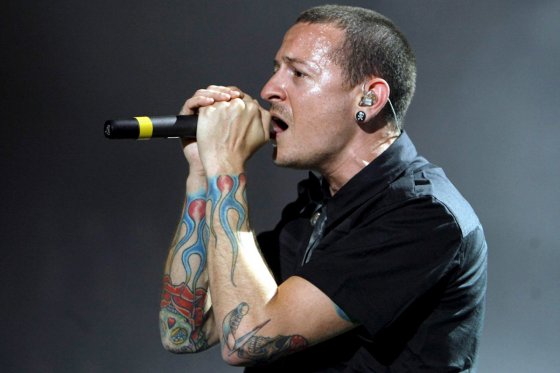 Chester Bennington, lead singer of Linkin Park, hanged himself at the age of 41 today. Chester was very close with Chris Cornell (Soundgarden, Audioslave), who himself committed suicide by hanging in May. Today would have been Cornell’s 53rd birthday. Bennington and Cornell certainly aren’t the first lead singers to meet their death far too soon, and they likely won’t be the last. 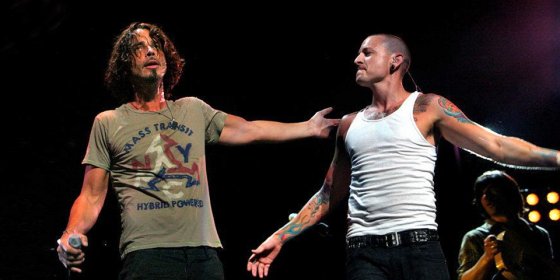 It always sucks when someone dies prematurely. It’s especially disappointing when that person is the lead singer of a prominent band. Not only do their families feel the loss, but so do the millions of fans across the globe who will no longer be treated to their amazing vocal stylings.

One of the most famous examples of course is “The Day the Music Died” when Buddy Holly, Ritchie Valens, and J. P. ‘The Big Bopper’ Richardson went down in a plane crash. For this article however, we’re going to focus on the singers who played more of an active role in their own deaths. Due to their ‘it’s better to burn out than to fade away’ mentalities, we are all left to wonder what could have been. Here are ten other famous male singers who arrived at the great gig in the sky a little too soon. 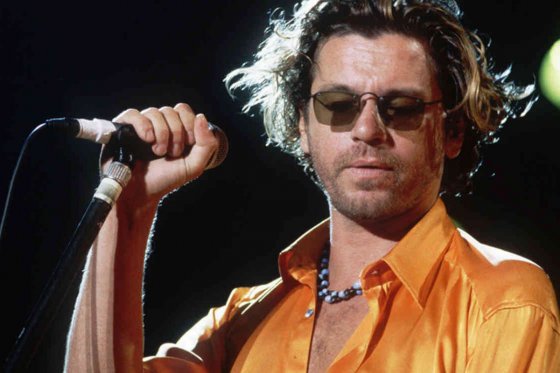 Cause of death: Autoerotic asphyxiation

Hutchence’s soulful voice helped catapult the Australian rock band INXS to the top of the charts during the ’80s. He bore an eerie resemblance to another member on this list, Jim Morrison. Ironically, both died under very peculiar circumstances. Listen to “Never Tear Us Apart” and you’ll understand what we are missing without Hutchence. 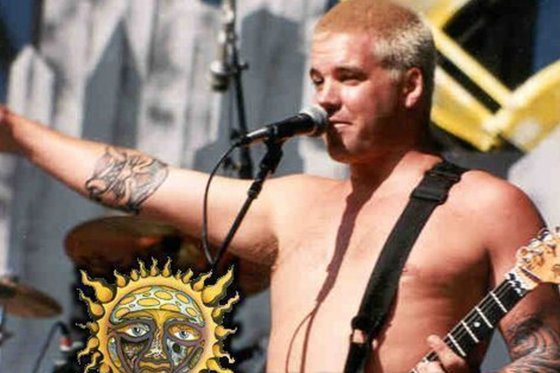 Cause of death: Heroin overdose

Unfortunately, Nowell lived the rock and roll lifestyle to the very end. Shortly before the release of Sublime’s first major label album, and just after marrying his girlfriend, Nowell died on tour in California. “Sublime” was the perfect name for his band, because it accurately describes his voice. “40 Oz. to Freedom” is one of the best representations of Nowell’s talent. 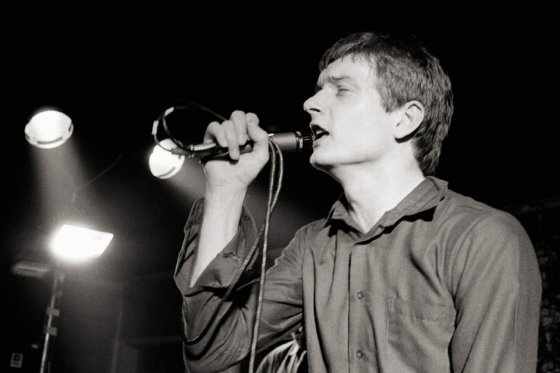 Cause of death: Suicide by hanging

Curtis was Kurt Cobain before Kurt Cobain. His lyrics focused on alienation and loneliness. Known for a powerful bass-baritone voice and spastic stage antics, Curtis suffered from poor health and became depressed over a failing marriage. In May of 1980, he hung himself in his own kitchen. The song “Shadowplay” showcases his innate intensity. 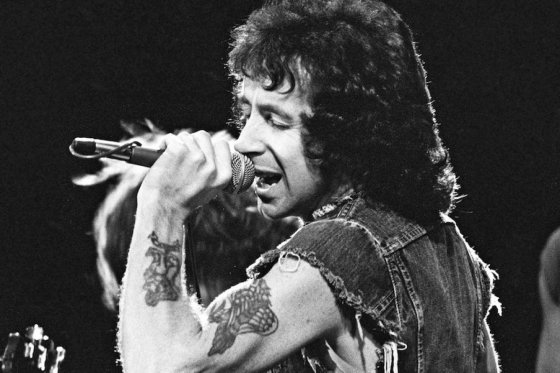 Cause of death: Choked on his own vomit

Scott’s screechy howl helped define hard rock in the mid- to late ’70s. His decidedly unglamorous look and attitude was ideal for the AC/DC sound. He was bold, brash and fond of alcohol. It was the drink that would be his undoing. His lifeless body was found inside a car after a night of heavy boozing. It doesn’t get much better than Scott screaming “Highway to Hell.” 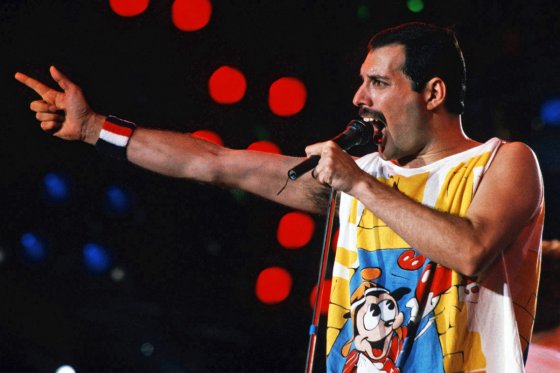 Cause of death: Bronchial pneumonia due to AIDS

Very few, if any, frontmen possessed the range of Freddie Mercury. He hit notes that only opera singers were capable of reaching. Be it tender ballads or stadium anthems, Mercury’s versatility made him stand out from the rest. In 1991, one day after publicly announcing he had been diagnosed with AIDS, Freddie Mercury died. “Somebody to Love” performed live is guaranteed to give you the chills. 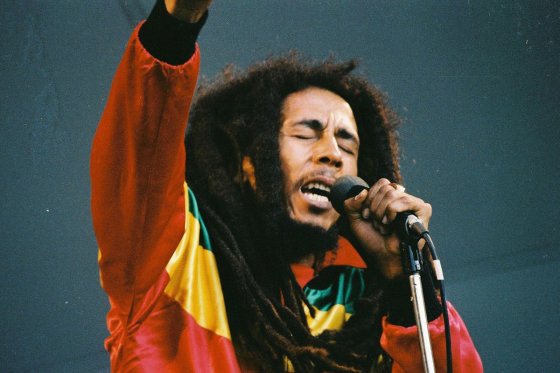 Cause of death: Melanoma

Marley took reggae and Jamaican music to new heights in the ’60s and ’70s. He fought injustice and prejudice from an early age, and was a dedicated member of the Rastafari movement. In keeping with his religious beliefs, Marley refused surgery to halt his melanoma. Once the cancer spread to his lungs and brains, he succumbed to the disease in 1981. Listen to him bare his soul in “No Woman No Cry.”

4) Jim Morrison of The Doors 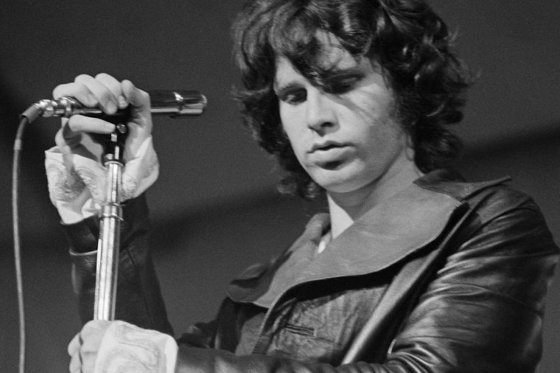 Cause of death: Heroin overdose (maybe)

Morrison was the archetypal rock band lead singer. Charismatic, poetic, conflicted, arrogant and anti-authority, Morrison had it all. He was lauded for his image heavy, psychedelic lyrics, but his dynamic vocal skills were some of the best in rock and roll history. His death in 1971 has been shrouded in mystery. No autopsy was ever conducted. “The End” perfectly encapsulates Morrison’s unique talent.

3) Layne Staley of Alice in Chains 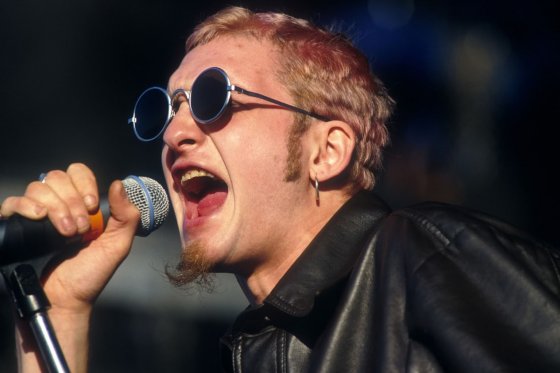 Cause of death: Speedball overdose

Very few singers emoted the pain and passion that Staley did. He emptied his soul in every performance. Pearl Jam and Nirvana were bigger, but Alice in Chains exemplified the grunge era, thanks in large part to Staley’s nuanced but tortured voice. His final days depicted that of a lost soul. After locking himself inside his condo for weeks, his withered remains were found surrounded by a variety of drugs. “Nutshell” Unplugged is quintessential Layne Staley. 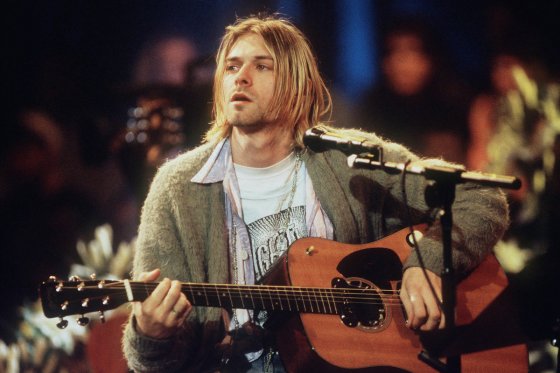 Cause of death: Suicide by shotgun

Cobain’s early exit became one of the talked about stories of the last thirty years. His meteoric rise from underground crooner to the voice of Generation X turned into an American tragedy. Cobain wanted to play his music and be left alone, but the media onslaught shredded his already fragile psyche. As his fame grew, his drug addiction worsened. Sometime in early April 1994, Cobain committed suicide in his Seattle home. He left behind a legacy of original and memorable music. The fittingly titled “Lithium” was one such song. 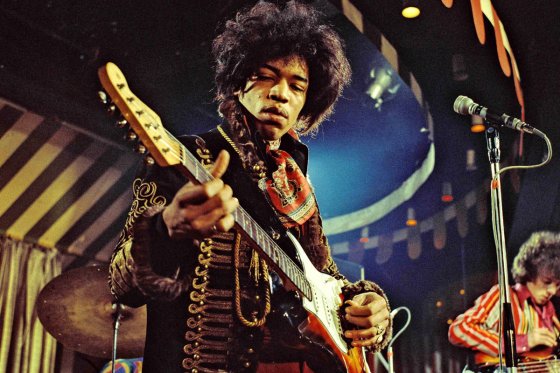 Cause of death: Suffocated in his own vomit

Rock’s greatest guitarist was responsible for some of the coolest and lasting music ever created. Hendrix oozed talent from every pore. His bluesy voice perfectly complemented his incendiary guitar work. Perhaps more so than any of the others on this list, his untimely death transformed him into an international icon. His unparalleled technique, which utilized distortion and heavy use of pedals, paved the way for the heavy metal genre. The circumstances of his death in 1970 are still sketchy. Although ruled accidental, rumors that he was murdered still circulate today. His version of “The Star Spangled Banner” is pure Hendrix.