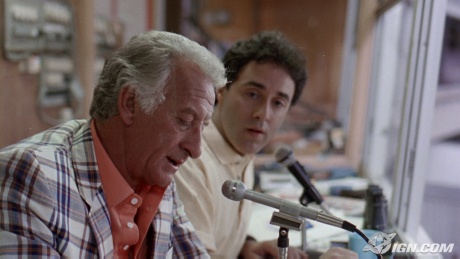 Some people sound like they’re cartoons. While they’re fun to mock, it’s the more prominent people, from sports or politics, that present themselves on a grand stage for us all to laugh at in unison. Here are ten sports broadcasters who could easily voice a Muppet. Know more, particularly on the local level or internationally? Name them in the comments.

This is an obvious one. Check out PureStyle’s Top Ten John Madden Quotes.

I never actually heard him say a real word, it’s more like an extended DUUUUUUUUUUUH.

Cantor is famous for his signature call of “¡GOOOOOOOOOOOOOOOOOOOOOOOOOOOOOOOLLLLLLLLL!”, which he originated while working at Univisión, making him popular with American audiences. He first used it at the 1990 FIFA World Cup, but it became especially popular during the 1994 World Cup, which was held in the United States.

The Sports Junkies, four guys who host a D.C. area sports radio show, have an alternate meaning for ‘Lou Holtz.’ They’re talking about their junk (check it out on urbandictionary.com).

Laughlin is a former professional hockey player and currently the color commentator for the Washington Capitals on Comcast SportsNet. Not only does he sound like he’s on helium, but he says funny things, like ‘He put the biscuit in the basket.’ I just hope he doesn’t see this as we’re both in the press area at the same time during Washington Capitals home games.

Yes, even the man who practically invented sports announcer broadcasting gets a place on this list.

Here’s how to sound like Avery Johnson: suck a balloon of Helium and develop a Southern twang.

The most famous man in Chicago sounded funnier and funnier the older he got. May he RIP.