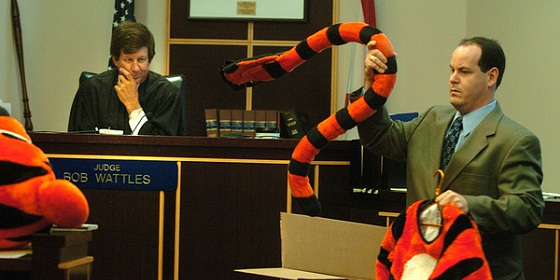 In this day and age, people have too much acceptance when it comes to the so-called “legitimate” media. They put a blindfold on you, add their spin, and send you off to pin the tail on whichever donkey they put closest. People don’t look into stories anymore, so assumption is allowed to breed freely like some type of hippie rodeo.

Below, we’ve compiled a list of ten news stories where perfectly innocent public figures are thrown into the mud without a proper chance to tell their side of the story. In the interest of keeping journalistic integrity alive, here are the tales of good characters which have been accused of evil deeds: 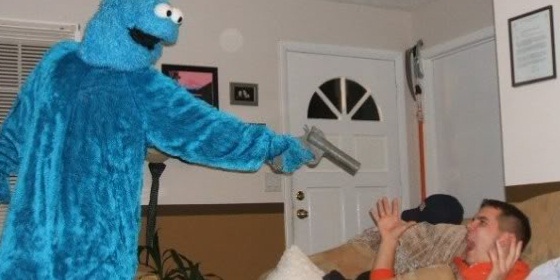 The Report: During an afternoon stroll, the Cookie Monster picked up a two-year-old and encouraged his mother (a Bollywood starlet) to take a picture. Things went sour when the furry beast demanded a tip, yelled “you are a bitch, your son is a bastard and your stuff is trash” and then shoved the toddler to the ground.

The Truth: After years of sugary-abuse Mr. Monster’s pancreas isn’t what it used to be. As a diabetic, Cookie is prone to mental lapses during periods of low blood sugar. Yes he pushed a small child, but it’s not as bad as mistaking them for a delicious snack during a vivid hallucination.

Cookie Monster’s Statement: “It is discouraging that symptoms of my illness have been spoken about in a way which makes me seem like a crazed buffoon. Also, fuck that kid and his bitch mother.” 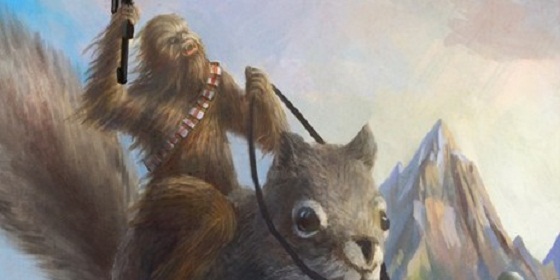 The Report: A tour guide expressed concern after seeing Chewbacca harass (physically/verbally/emotionally/spiritually) tourists in the area. Chewie screamed “Nobody tell this wookie what to do”, and proceeded to head-butt him with great vengeance and furious anger.

Chewbacca’s Statement: “Urrr rarrr, aaaaaar graaaah.” (Translation : “This is probably why they don’t let me fly the Millennium Falcon alone.”) 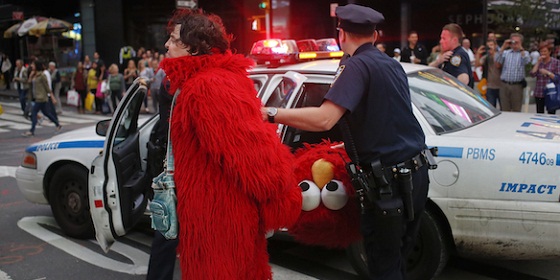 The Report: Elmo, who happens to be a semi-retired producer of the pornographic website “Welcome to Rape Camp”, was arrested in Times Square after causing a disturbance by ranting in an anti-Semitic fashion. This behavior is not new, as his first arrest occurred after a similar tirade in Central Park.

The Truth: Elmo isn’t racist, he was just born in a different time. That’s just the way folks used to talk back then. Wait a minute, it was the eighties. Maybe he’s just intolerant. Screw Elmo.

Elmo’s Statement: “Elmo thinks that these reports are grossly exaggerated by you media controlling sons of bitches.” 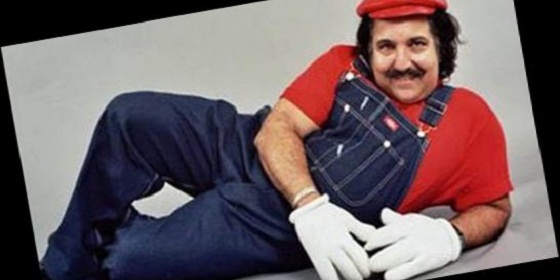 The Report: After a ride up a strange green tube, Super Mario ended up in Times Square blocking a woman’s path. As she tried to go around him, he forcibly grabbed her thigh. When he was searched by the authorities, reefer was discovered upon his person.

The Truth: In case you hadn’t guessed, Mario is Italian. What some are mislabeling as “groping” or “forcible touching”, is no different from the greeting his uncle gives him at a family wedding. Hell, Michael Corleone kissed Fredo right on the lips and no one seemed to care. As for the marijuana, that is prescribed to help wean him off of flowers, leafs, and mushrooms after years of abuse.

Mario’s Statement: “It was a misunderstanding. I suppose my Princess is in another castle.” 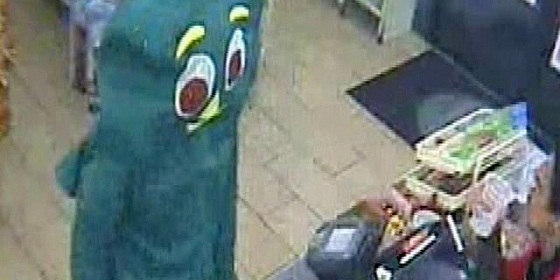 The Report: Gumby entered a 7-11 and told the clerk of his intentions: robbery. After the initial dismissal, the green character struggled to locate his firearm and dropped 26 cents before exiting.

The Truth: We all do crazy things in convenience stores after knocking a couple back. Let’s face it, this was more of a donation than a robbery.

Gumby’s Statement: “What do you say, do you feel lucky Pokey?”

5) Winnie the Pooh Arrested For Robbery 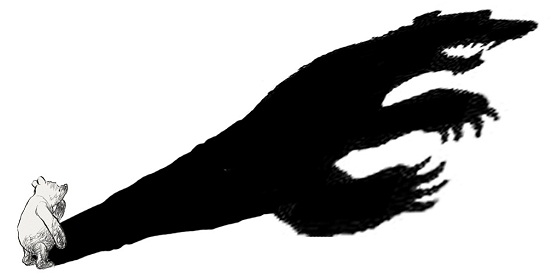 The Report: In Tokyo, Winnie the Pooh assaulted and robbed two people after noticing them staring at him. Police reports say that he was accompanied by a panther and mouse who assisting in the beatings.

The Truth: Have you seen all of the Winnie the Pooh merchandise out there? You think he doesn’t get a cut of those sweet Disney bucks? Pooh doesn’t need the money, so we need to take a second look at the facts to see what really happened here.

Clearly, this panther and mouse were forcing Pooh to take these uncharacteristic actions against his will. From the sounds of things, that hypno-snake Kaa from The Jungle Book may have played a part in this adventure. 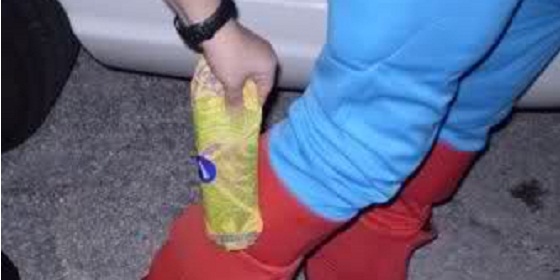 The Report: Captain America was out at a gathering of medical professionals, where he asked several women if they wished to touch the burrito stuffed down his pants. When one refused, the Super Soldier dislodged the bean-filled-tube from his trousers and groped the woman. While he was in holding at the police station, he was also caught flushing a jazz cigarette down the toilet.

The Truth: This was all just a cleverly made PSA, showcasing the terrible choices that happen when you indulge in drugs (inexcusable touching and putting melted cheese where melted cheese should not be). The display in the jail was just the final scene, where Cap rightfully showed us where a path lined with drugs and Mexican food will lead you. 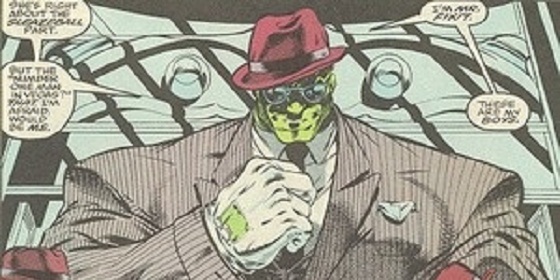 The Report: The Incredible Hulk entered a New York bank with a handgun, and asked for money to be placed into a bag. He escaped on foot and presumably changed into tattered purple pants.

The Truth: In this economy, there’s not a lot of funding going into science anymore. The bills started adding up, Dr. Banner began to get stressed, and The Hulk needed to take the matter into his own hands. The fact that he pulled this off while avoiding a Hulk smash-and-grab shows a great degree of restraint on his part. Besides, this is kind of a victimless crime as we all know the bankers are the real crooks. 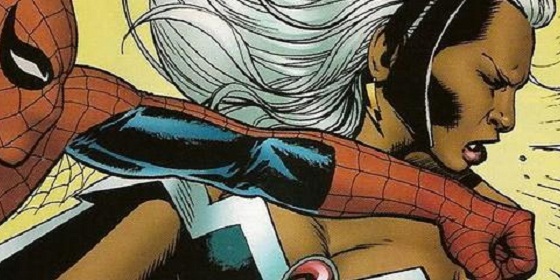 The Report: Spider-Man posed for a photo with children, and turned to the mother for a hand-out. After she revealed that she didn’t have any money, Spidey punched the woman in the face before getting jumped by her husband.

The Truth: All of the media outlets are failing to realize that this husband and wife pair are none other than notorious villains Kraven the Hunter and his wife Sasha. She was luring Spider-Man into a death trap, but his spidey-sense caused an immediate reaction to the imminent danger.

Spider-Man’s Statement: “I barely punched anyone during the 1990s show, why would I start with an innocent woman?” 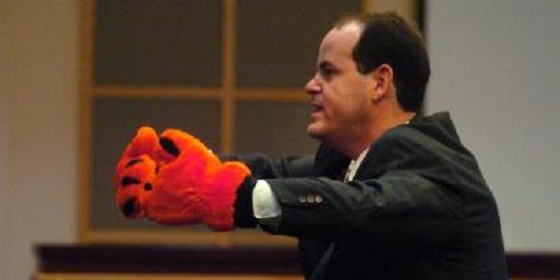 The Report: Testing to see if all bouncy things are made of rubber Tigger massaged a mother and daughter’s breasts while posing for a photograph.

The Truth: Let’s remember something about Tiggers, they’re ferocious beasts that tackle their best friends from great distances and suffer from ADHD. The poor guy can barely stand still, so asking the stripey bastard to pose for a photo is like asking the Flash to sit for a while.

Tigger’s Statement: “I’ve been saying it for years: TTFN, Ta-Ta for now!”

Bonus) Batman Gets Beat Up in Vegas

The Report: For an Honorable Mention in this piece, we look at The Dark Knight himself who got his ass handed to him by a tourist who doesn’t seem to respect The Caped Crusader’s authority.

The Truth: Everyone knows Bats works best at night, so I’d like to see this guy come back when the shadows have taken over the city. Then again, there are lights and bright colors pretty much everywhere in Vegas so the line on the rematch will probably close at about 2:1.

Batman’s Statement: “It’s not who you are, but who you get beaten up by that defines you.”