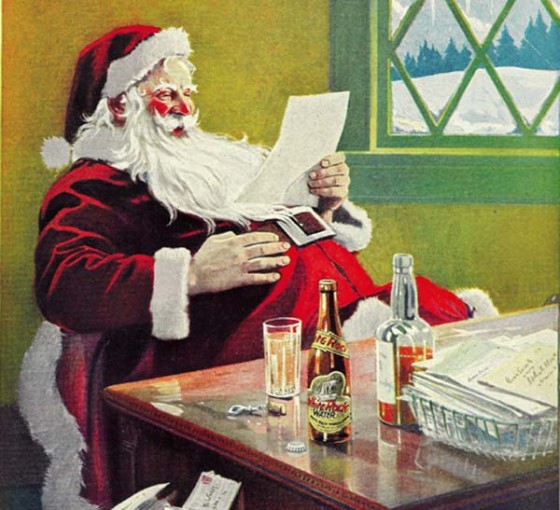 If you’re familiar enough with me to at least say you know me from this site (how else would you, really?), then you no doubt know that I am a beer fanatic; died-in-the-wool, true blue, all american beer loving fool. I have tested brews from Sam Adams Utopias all the way to Michelob Ambers and many, many, many beers in between. It’s a hobby, to be sure- but there’s something more, too. It’s a lifestyle. No, seriously. Some folks drink for recreation; tossing back gallons of Beast and Blue Ribbon just to get drunk. But when you accept beer as a lifestyle, you drink it because it tastes good and you want to be able to discern an oatmeal stout from an Imperial Stout.

Which brings us directly into this little list. A list that is by no means complete or a set of rules. It’s just a list of ten beers that I have had and that I really enjoy for the holidays. They’re all warning, comforting, and beers that taste amazing while, often times, lightening your head just enough to make you block out pain in the ass relatives. Drink on!

Smoking -in brewers terms- has become really popular lately, and a rather tasty addition to bottom-fermented brews such as stouts and porters. And in this case, the Baltic Porter, the smokiness adds that little hint of a fine cigar to an already rich, dark, and nutty beer. The smoke is just there enough to warm you while the rest of this excellent brew does the rest. This is particularly good with already smoked meats. Especially bacon. So wrap your Christmas feast in bacon, is what I’m trying to say. 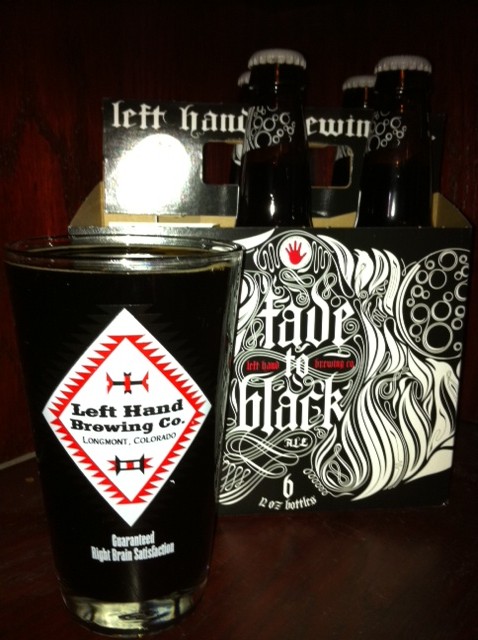 Similar in style to an Amber Ale, the Powder Hound is a slightly bitter, hop-rich warmer of an ale that will definitely slough off the chill. It’s got a nice bite resulting in a subsequent kick that goes especially well with inevitable Christmas stress. It’s slightly nutty and roasty (like it’s Amber cousin) but what it lacks in mild tartness it more than makes up for in its honey-ham finish. It’s no surprise that this goes great with a leftover ham sandwich the day after the mayhem. 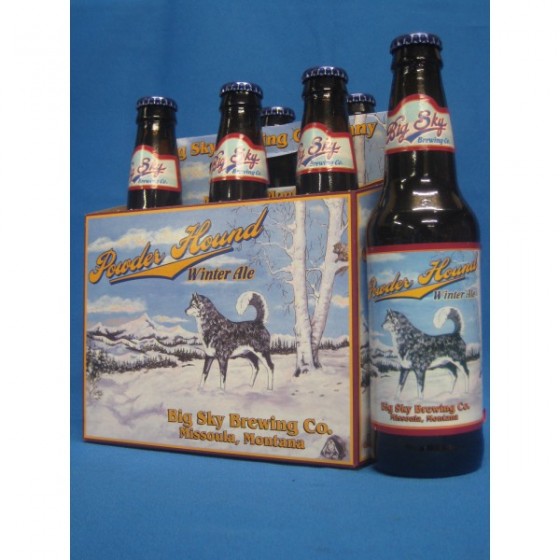 Let’s break this down, shall we? Espresso: this beer will put a little cheer in your Christmas morning. Oak-Aged: the resinous seepage that’s inherent from aging in oaken barrels adds just a hint of whiskey quality. Imperial Stout: heavy, slightly sweet, and strong like you read about. This is exactly the beer you want to both start and end your Holiday with. Trust me: nursing a few of these throughout the day will kill an inner Grinch. 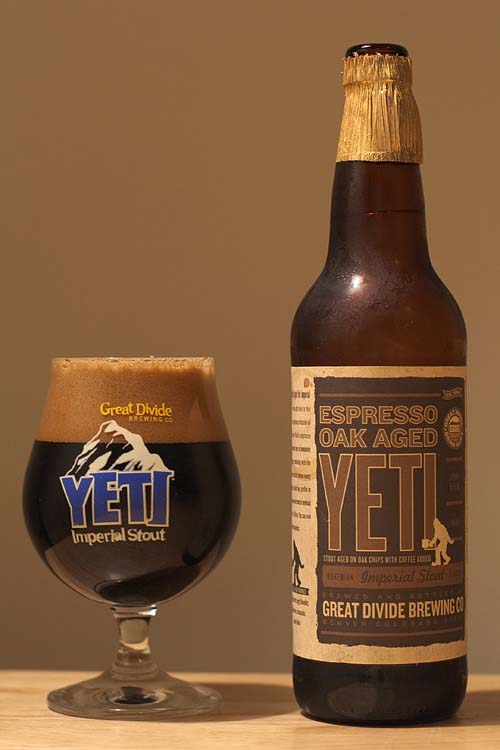 If I had to actually pick a favorite out of this list, I think I’d have to go with this selection. Why? It’s not the strongest, nor is it a heavy style… so what’s the story? Because out of all the others, this one just tastes like the holiday. It’s chock full of warming roasted malts rounded out with just enough hops to make you know that’s it’s still an ale. This is the beer that tastes like the word ‘Yule’ ought to taste. 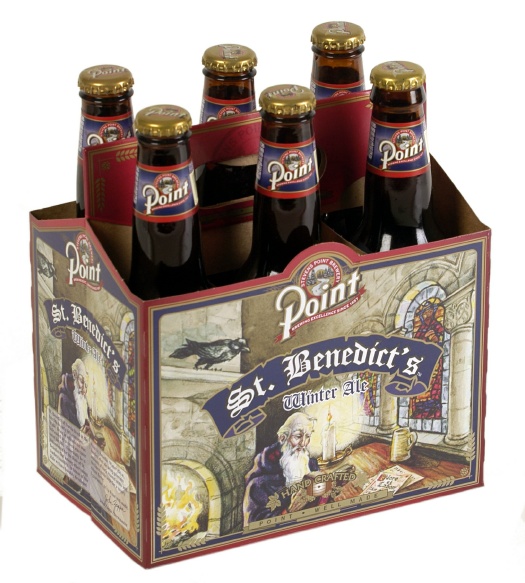 I’ve said it numerous times before, and I’ll likely say it a few times more: living in close proximity to a ton of breweries (92 in Michigan at last count) is a real treat. Bell’s Eccentric Cafe and Brewery is literally within rock-chucking distance and they offer some of the finest beers in all the land. They offer quite a variety of Seasonal brews as well, and the dark, rich, dubbel-cum-doppel-style-bock that isn’t is one of their winter styles. This is one ‘Hell’ of a complex beer that has its roots in several different countries including Belgium and Germany, meandering into flavor profiles found right here in the U.S. It’s fruity, tangy, yet hauntingly deep and floral with notes of vanilla and chocolate. It’s all over the place but just as at home in your Santa-themed glass while you nosh on candied nuts. 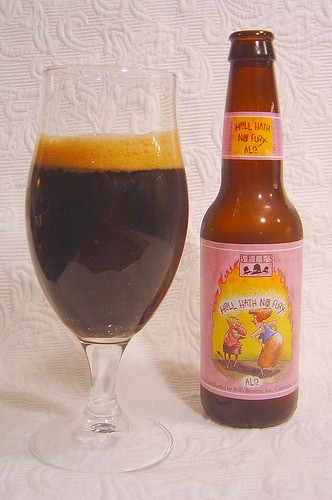 Stone’s Double Bastard will punch you right in the mouth and not even give you the common courtesy of an apology. When it comes to taste bud-searing IPA’s to keep you toasty on the chilly, early morn that is Yuletide, you can’t go wrong with a name like Double Bastard. Though I’d highly recommend sipping this sinister fella -as there is no other tried and true method of enjoying its wicked hoppiness and rindy, resinous characteristics tossing one back before ripping into the presents is a sure fire way to add more enjoyment to that horrible tie your kids got you. 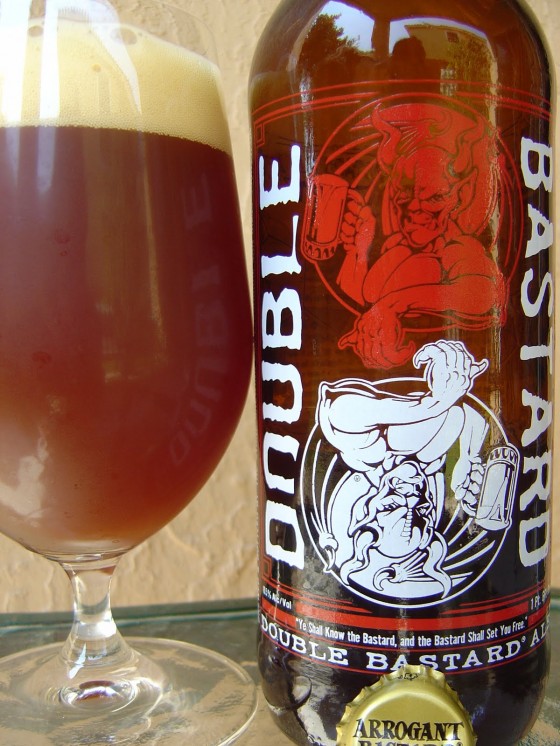 Even though the main distilled ingredient in Gin is juniper berries, rest assured that the pine-tree essence of Gin itself is not overpowering in this beer. Which isn’t to say it isn’t there, because it is, but it doesn’t make this taste at all like a gin and tonic meets a beer. What it does do is lend a certain fruitiness like nothing else. There is a bit of a piney nose, but it doesn’t translate into a mouth-feel like a car freshener. Trust me. Yet, the one thing the scent and taste of this beer does equate well to is: Christmas. It tastes like it was made for sitting next to a Douglas Fir surrounded by wrapping paper. 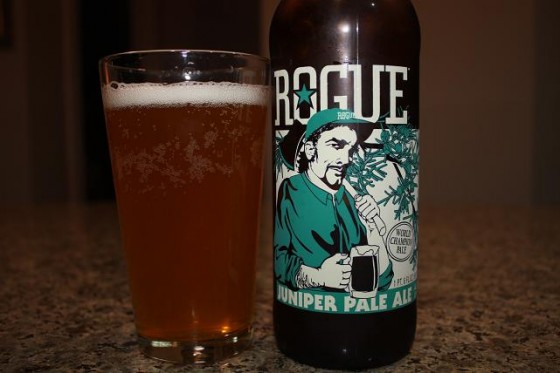 The second on the list brewed right here in Michigan is the Holy Grail of New Holland’s collection: Dragon’s Milk. And I can easily imagine that if a dragon were to be milked… ya know, assuming female dragons, a) have live births, and, b) exist, that this particular beer would be the rich lactation. Um, perhaps it’s best that you ignore that last image. Anyway, this brew is also aged in oak barrels giving it that third act of a nice, earthy whiskey. Otherwise it’s very caramelly-soft and abundant with roasty malts. This is absolutely a beer best imbibed slowly. Possibly with Holiday supper. 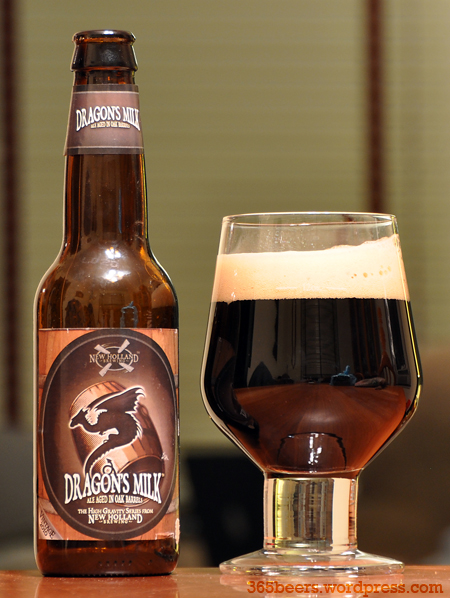 One thing Short’s Brewing has going for it… well, two actually, considering it, too, is located in Michigan, is it’s eccentricity and almost ridiculous variety. They don’t just offer enough seasonals to roughly cover every month, twice, but an abundance of specialties and pub-only taps! This particular style is new for 2011 and it is, without putting too fine a point on it, a brownie in a bottle. It’s caramels, roasted malts, and coffee… the perfect morning fix for the 25th. 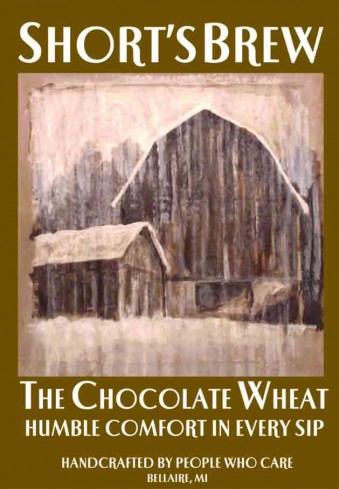 Double. Chocolate. Coffee. Oatmeal. Stout. Those five words combine to describe perhaps one of the most decadent beers around. And it only makes it better that it’s brewed right here in… you guessed it: Michigan. But why is it a Breakfast Stout? Well, the long and short of it is that stouts themselves used to be brewed as meals, since the water at the time was suspect at best. When imbued with the health benefits of oatmeal and, eventually, coffee and chocolate… well, you might as well eat it with a spoon. It’s heavy, dark, and so very rich. This is dessert for those who’d rather skip the pie. Or, what the hell, have it with the pie.

For more great Winter Beer, check out our previous posts on the subject :