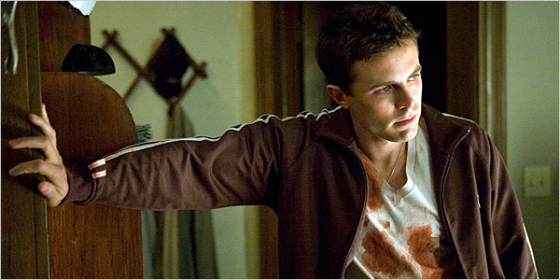 Ben Affleck is not the first filmmaker to examine the deep criminal heritage of Boston. There’s a long tradition of crime thrillers set in the city – one of the first notable ones, Walk East on Beacon, came out way back in 1952. What distinguishes tales of lecherous activity in Bean Town is the city’s inherent Catholic guilt and code of silence towards the law. These two themes run thick in Boston. Let’s look at some of the best crime films from fahkin’ Bahstan, kid. (Ranked in order of IMDB rating)

Dude, check out this motley crew: Donnie and Robert Wahlberg (?who the f?), Will Arnett, and Rose McGowan. She even rocks a South Boston white-trash ponytail! Donnie plays Danny Quinn, a guy gets caught between two Irish mob families. Like our number 9 entry, Southie contains all the conventional trappings of a stereotypical crime drama, but c’mon…Donnie Wahlberg and Will Arnett are in a movie together. Just enjoy that. 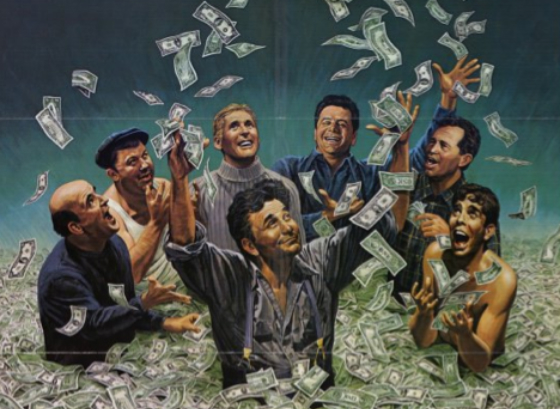 In January 1950, 11 criminals pulled off one of the biggest armed robberies in U.S. history and it went down right in the North End of Boston. They got away with $1,218,211.29 in cash, and $1,557,183.83 in various securities. Within six years all of the men were arrested but only $58,000 of the stolen cash was recovered. In 1978, acclaimed director William Friedkin turned the true tale of criminal bravado into a slapstick romp starring Peter Falk and Peter Boyle. It’s a fun albeit goofy movie shot on location in several Boston locations.

Based on writer/director Brian Goodman’s own experiences as a petty thief in South Boston, What Doesn’t Kill You was in and out of theaters pretty damn fast. Ruffalo and Hawke are great as usual, but despite being based on the director’s criminal endeavors, the film is drowning in cliches. Does that mean Goodman was a lousy thief? Maybe, but I wouldn’t say that to his face. 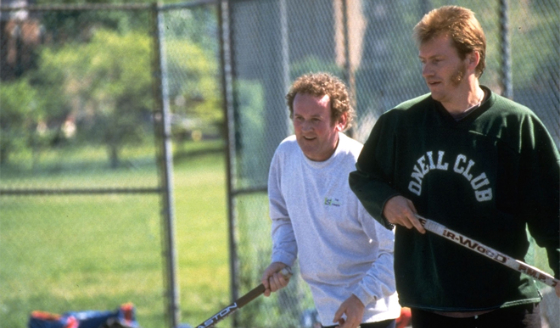 Ted Demme (Blow) directs this film about a group of Charlestown friends who see themselves as Robin Hoods – robbing from the yuppies for the good of their working class neighborhood. He does a great job of making us sympathetic towards a gang of dope-head thieves who get off on slinging death threats at blacks. Denis Leary is good at that kind of thing and he wouldn’t perform like this again until Rescue Me.

From 1962-64, 13 brilliant women let the same stranger into their house. Then he killed them, usually by strangling them with a nylon stocking. A man named Albert DeSalvo confessed to these murders, and four years later Tony Curtis was playing him in the film The Boston Strangler. Richard Fleischer’s stylish film mainly follows the police investigation, but the scenes with Curtis ridin’ dirty are the real reason to watch.

Like his 2007 directorial debut Gone Baby Gone, Ben Affleck returned to examine crime and loyalty in one of Boston’s working-class neighborhoods with his film, The Town. Affleck takes us into the underworld of Charlestown; a neighborhood consisting of one-square mile and “over 300 bank robberies a year.” Based on the novel Prince of Thieves by Boston native Chuck Hogan, the film is about a group of friends and thieves being pursued by the feds. Director Affleck plays Doug MacRay who falls for a bank manager played by Rebecca Hall, who ends up being the Yoko Ono to Affleck’s gang of thieves.

Peter Yates’ 1973 drama The Friends of Eddie Coyle is based on the debut novel by one of the titans of Boston crime fiction, George V. Higgins. It follows Eddie Coyle (Robert f’ing Mitchum), a small time hood who prefers to stay on the fringes of the Boston underworld. But after he botches a job smuggling some Canadian Club, Eddie decides to turn snitch to save his hide. Even with Mitchum’s enormous filmography, his role as poor Eddie stands out and he manages to pull off a Boston accent without sounding like a cartoon. Boston crime films don’t get any better than Eddie Coyle, just don’t expect an action-packed heist film like the above trailer portrays.

For his directorial debut, Ben Affleck tackled Dennis Lehane’s brooding tale of right and wrong, Gone Baby Gone. And he knocked it out the fahkin’ pahk. Little brother Casey stars as Patrick Kenzie, a P.I. from South Boston tracking down a missing four-year-old girl. The hunt leads him through heaps of corruption that in the end force him to challenge his own consciousness. It’s a gritty, realistic look at neighborhood loyalty. Oh, and Ed Harris is the balls in this movie.

Based on the novel by Boston crime revivalist Dennis Lehane, Mystic River not only took home two Oscars but it also did a lot to promote filmmaking in Boston. The film explores the inescapable weight of past traumatic events accompanied by Sean Penn’s feminine scream. After the film’s acclaim drew attention to Boston-centric films, local politicians created tax breaks for studios who chose to film in the city. Since then, a grip of films that could have just as easily been shot in Hollywood or Vancouver have been filmed in Boston’s city limits (*cough* Pink Panther 2 *cough*).

Martin Scorsese left the comfort of his NYC streets and took on Boston’s underworld with The Departed. Screenwriter and Boston native William Monahan adapted the screenplay from the 2002 Chinese film Infernal Affairs and based Jack Nicholson’s villainous character on legendary Boston crime boss Whitey Bulger. The result? A solid thriller filled with hilarious Boston accents (YOUR NAWT A FAWHKIN CAWP!) and Scorsese’s first Oscar. Like that wasn’t a gimmee. Did you get the symbolism at the end? The rat? Get it?! Scorsese would make Leo talk like an idiot again in 2009’s Shutter Island.