One of the biggest reasons people love watching college football is for the underdogs. Whether it is a team like Appalachian State upsetting Michigan to open up the season or a freshmen like Tony Dorsett rushing for 1,686 yards for Pittsburgh back in 1973, an underdog is something everyone can root for.

Freshman are inherently underdogs, and there have been so many Freshman starters that have exploded onto the scene in their first season over the years that it is hard to talk about them all. 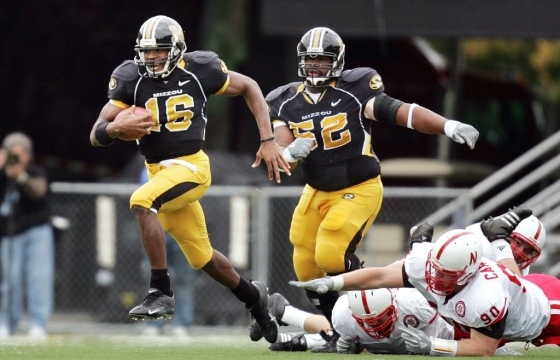 Brad Smith, Missouri, changed the QB position in college football when he not only threw the ball but he rushed for 1,410 yards. Michael Vick showed up in 1999 and gave the Hokie fans something to root for but their wasn’t much of an offense around running Quarterbacks just yet. He and Smith changed everything.

From receiving to rushing, and everything in between, here are the best offensive seasons by a Freshman in NCAA football history. 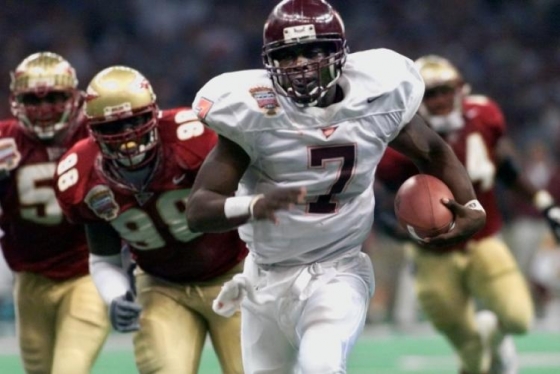 Long before Johnny Manziel, we had the flashy rushing QB Michael Vick. He would wow his fans with his ability to avoid the defenders in almost any scenario. He could duck, dodge, and spin his way out of a tackle better than any QB the country had ever seen before. What he lacked in his throwing accuracy he made up for with his arm strength, which was the best in college football in 1999. He went on to do even more for the Atlanta Falcons when he reached the NFL. 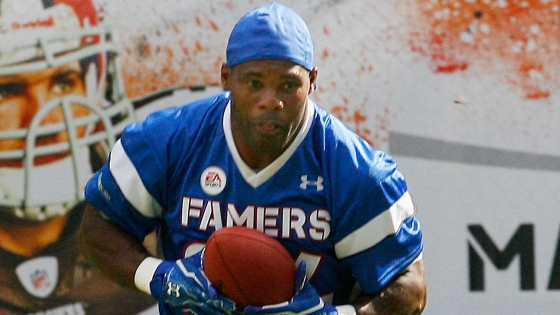 Herschel Walker had a memorable Freshmen rushing season that led the Georgia Bulldogs to a number one finish and a national title. His 1,616 yards were impressive enough to earn him plenty of honors that year including a 3rd place finish in the Heisman voting. 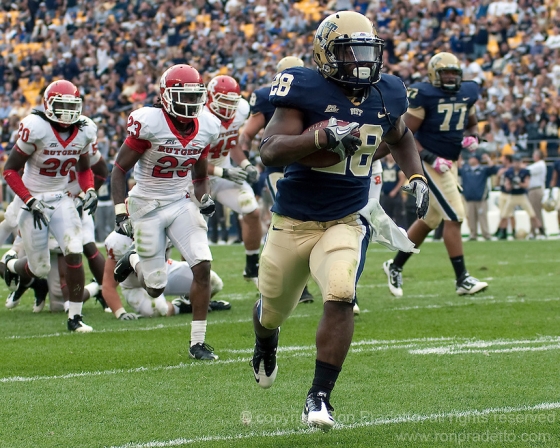 Before Dion Lewis showed up in New England and shocked the fantasy football world last season, he was being an amazing all-around athlete in Pitt where he would leave after his Sophomore season to play in the NFL. In just two seasons, he rushed for 2,860 yards while receiving another 405 to finish with 3,265 yards and 31 scores. He was a machine in their backfield and before he got injured this year, he was set to become a big time star for the Patriots. 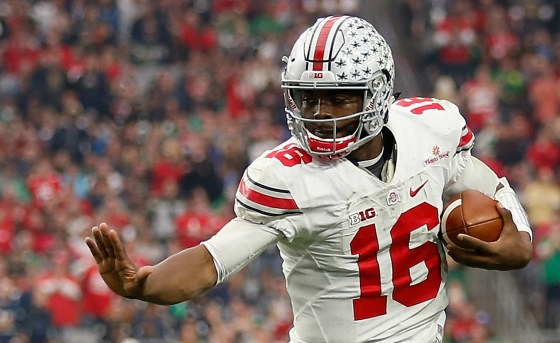 There is talent and then there is J.T. Barrett. He is one of those athletes that could play any position on the field and excel at it. He proved it during his Freshmen year when he led the Buckeyes to a National Championship. 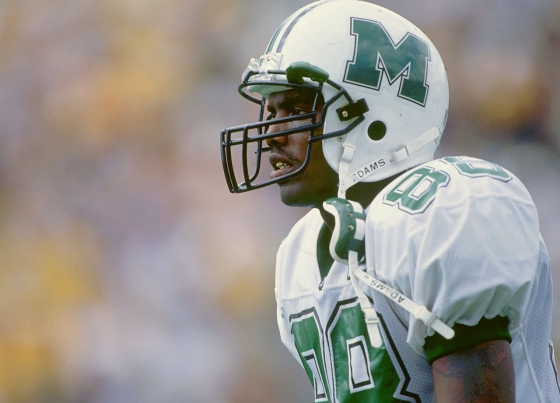 If not for Michael Crabtree’s incredibly 2007 season, Randy Moss would be much higher. His 28 touchdowns remains one of the greatest scoring years by a WR in college football history, in any division. But when he got kicked out of Florida State, he almost gave up the sport until he had a shot at playing for Marshall. He was a showboating speed demon that no one had ever seen before. He changed the idea of what a prototypical WR should look like and he continued his success his next season too. 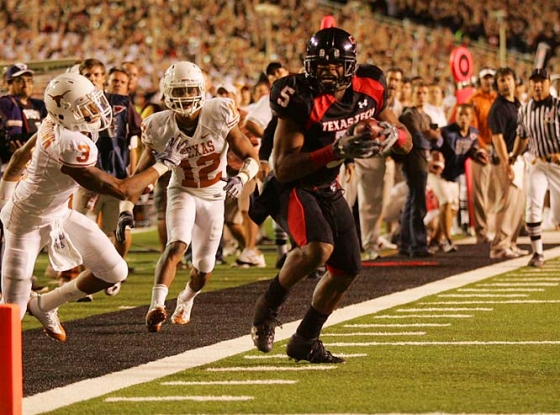 For a Freshmen, catching 100 passes in a season would be legendary but Michael Crabtree, whom we already knew was a legit high school prospect, did even better and caught an NCAA Freshmen record 134 receptions in his first season. He did not stop there and he also went on to break the NCAA Freshmen records for receiving yards in a single season and receiving touchdowns too. He was more than just a victim of his offense, he was a very talented future NFL star, and the fans knew it. 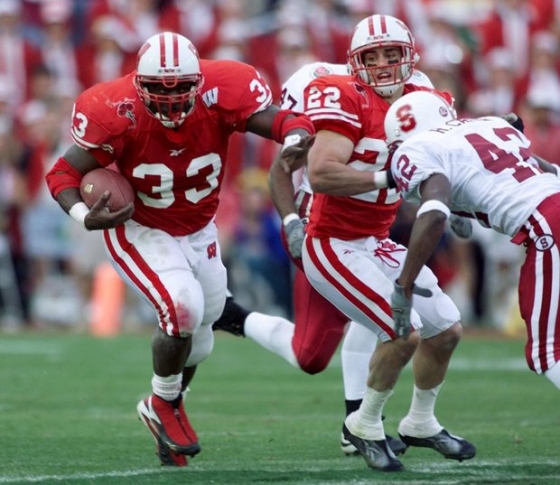 Only one player in college football history managed to rush for more than 7,000 yards in their career, it was Ron Dayne. For four years, he was a dominating force for Wisconsin running the ball but his best season remains his Freshmen campaign when he rushed for 2,109 yards and 21 touchdowns. 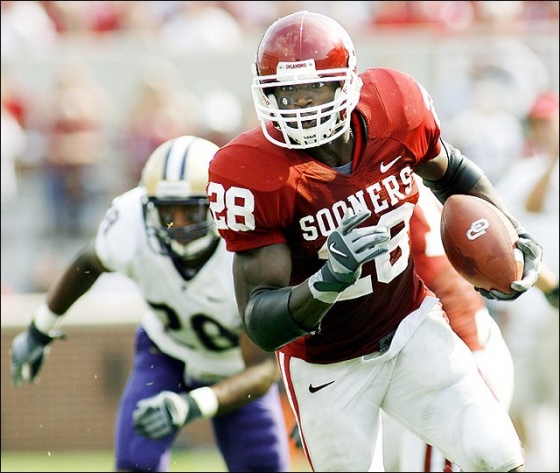 In his first nine games in college, Adrian Peterson rushed for 100 or more yards nine times including two games of 200 plus yards. He was averaging 168 yards per game while also adding 9 scores. He was truly becoming one of the most dominating backs in school, no…college history. 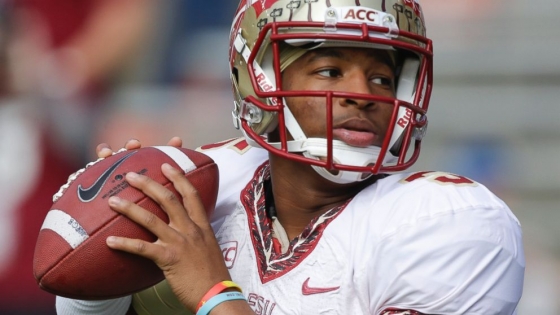 Between 2012 and 2014, college football saw three players dominate from behind center. One of those three was none other than Jameis Winston. The other two of course being Johnny Manziel and J.T. Barrett. But when Jameis arrived in Tallahassee, he made an impact within the first 48 minutes on the field. In his first game as a Seminole, Jameis threw for 356 yards and scored 5 total touchdowns. It was one of the greatest first games by a college freshmen QB ever. 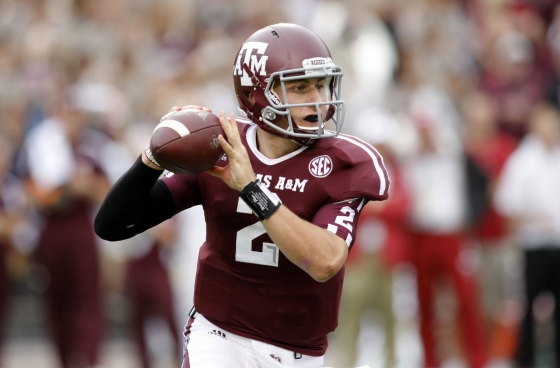 The only team that could stop Johnny Manziel from running during his Freshmen season was the LSU Tigers. They held him to 27 yards rushing in a blowout. Beyond that game, he was good for 60 or more yards rushing per game, surpassing 100 yards seven times while also rushing for an unreal 229 yards against Oklahoma in the Cotton Bowl. He was every bit as good as the hype surrounding him so it remains a shame to see him self destruct after making it to the NFL.