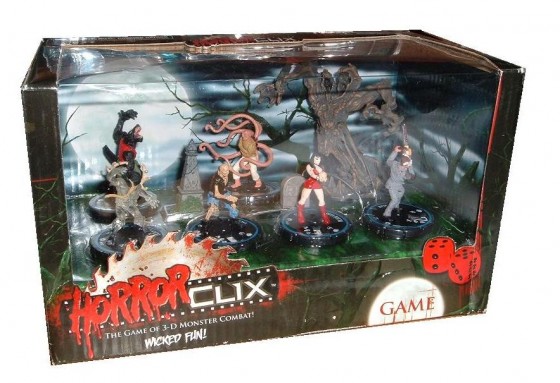 Let’s suspend disbelief for a second and assume that, for whatever reason -call it a freak storm that’s knocked out your power and, inexplicably ruined all your batteries- you are stuck at home with literally nothing to do. No video games, your cell phone is dead, and it’s raining a torrential maelstrom outside. So, now what? Well, it’s already kinda spooky, right? What with the storm and the no lights thing happening… how about a scary board game? Well then, I say grab a few of your coolest, freakiest candles, and a few of your coolest, freakiest friends, and check out ten viable options that you… should have already purchased for this occasion. Look, sometimes we can’t plan ahead. But with this list, you can! Read on, horror fans!

Oh, and a quick note: You can check out a new web comic right here featuring ZOMBIE CUPCAKES!

Kill Doctor Lucky is a bit like a reverse Clue. And, in being so, it's not so much horror as it is terror. Get it? Basically the point is to dodge expertly set traps, avoid walking into murderous contraptions and situations, and pretty much attempt to avoid getting killed. Where Clue is to solve a 'Whodunnit?', Kill Doctor Lucky is to be the one whodunnit. 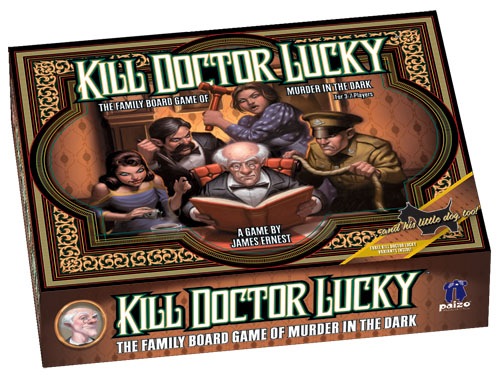 Imagine an amalgam of Scrabble and Uno through the eyes of H.P. Lovecraft, and you've got Unspeakable Words. As you form words with your dealt hand, victory lies in the angles of your letters: the more the better. Each number is represented on each lettered card and the words you build add up. But just when you think it's safe, you must roll a 'Sanity' die just to make sure you don't go mad! Oh, and you get a bunch of cute little C'thulu characters, too! 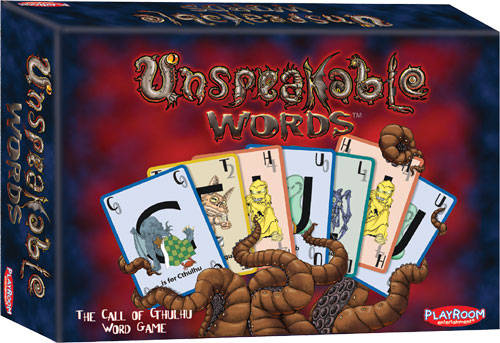 HorrorClix is both a game... and a collectible miniature toy! That's right, it's two fun things in one! And the best part is that there are so many different sets that you can build quite an impressive array of horror characters! The game is turn-based and is played via cards and the clickable base on each character, which determines movement, damage, and attack. Granted calling it a board game is a bit of a stretch, but some starter sets do come with a terrain play mat. So there is that. 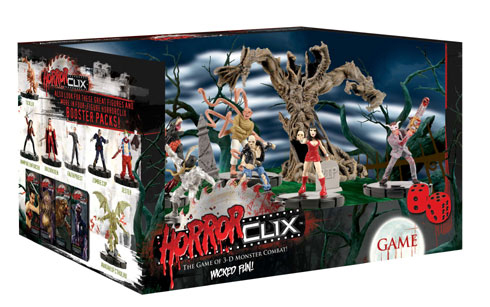 Vanished Planet is a rarity on this list, as it's the only game where the players pit themselves against the game itself. The story revolves around a group of scientists  who have accidentally transported themselves and their lab to an alternative dimension while attempting to perfect time travel. What's worse is the fact that they've stumbled upon an ancient alien bent on devouring them. Them being you! Scary! The play consists of turns where the players try to reverse the damage and return to Earth. Fun and educational... and scary! 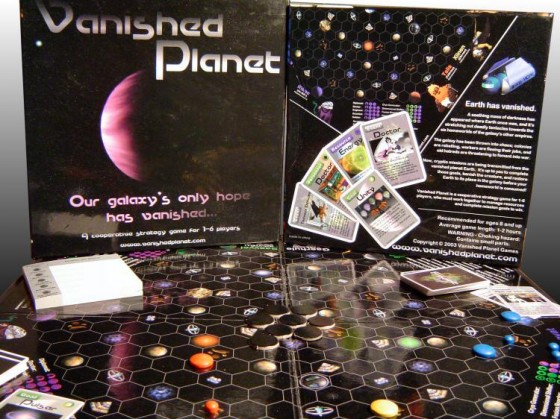 Simply put, Fury of Dracula allows one player to be the titular vampire of legend, while the others are stalking him in return. Each turn, Dracula must pass a series of set goals to outwit his human hunters, while each be-staked person must remain on his trail and attempt to destroy him. Fun for the whole family! Also full of gruesome horror hilarity. 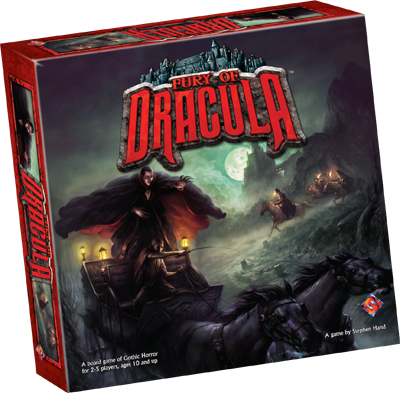 So, you want a board game where you can be either the hero (think Walking Dead), or the endless plague of the undead... hm, where are you going to find such a twisted bit of entertainment? How about Last Night on Earth: The Zombie Game! Because in this fun little freak show, you can do just that. As a living person, you must play through attempting to survive the night. Of course as a zombie... well, you just need to eat. Now we're talking horror! 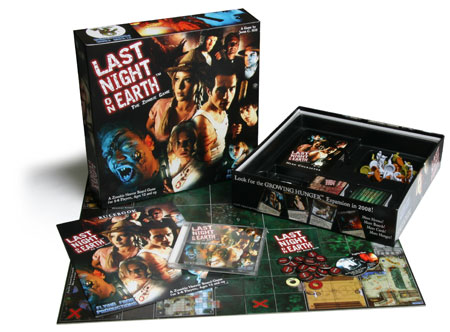 When it comes to deeply disturbing games where the one goal is to impress Lucifer as the best triumvirate of demons to rule a portion of Hell, The HellGame is exactly that: disturbing. But fun! If ruling the hoary netherworld is something you really desire out of a 180-minute escapade into darkness. Hurray for horror! 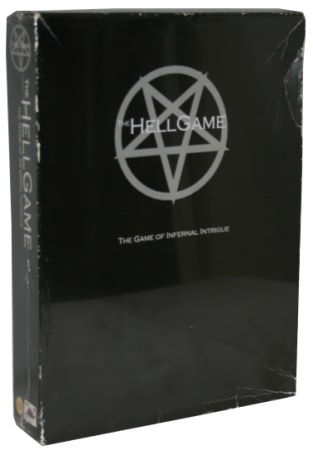 Okay, this is yet again a looser definition of the meaning of 'board game', and definitely falls better under the category of 'roll-playing game', but there is an element of horror and, if you recall the original incarnation, it did feature a board of sorts and the ability to acquire pieces. So there. In D&D, you take on the attributes of a specific character with a very specific set of skills, abilities, and even looks. Each player rolls dice, which pretty much dictates every facet of their turns. And the Dungeon Master controls the basic flow of the game by rolling his own dice as well. It's fun, it can get scary, and I've been involved in games that have lasted 72-plus hours. Now that's frightening. 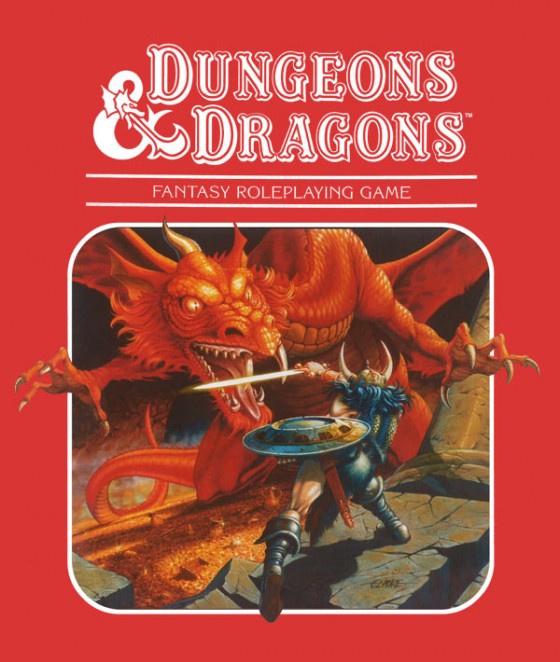 Still crave more of that delicious C'thulu mythos in game form, and aren't really interested in making words? Well, sir, then you need to try your hand at Arkham Horror. In this game, the player can choose one of sixteen individual and unique 'investigator' characters who must locate horrific creatures and return them to whence they came: doorways into other dimensions! If they fail, the fate of the world hangs in the balance! And I'd bet C'thulu will pop out and eat everyone alive! YAHHHHH! 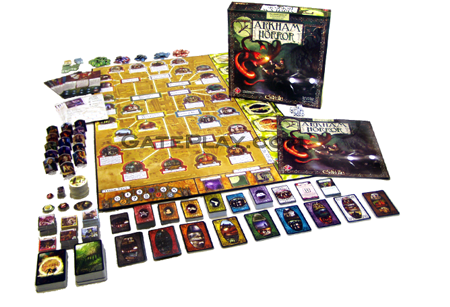 ZOMBIES!!! features the best from many of the games on this list: collectible icons in the form of myriad types of zombies akin to HorrorClix, the playability of Last Night on Earth, and it's own level of scariness that seeks to best every other horror board game before it! In ZOMBIES!!!, you take on the roll of a survivor of a zombie attack who has just about run out of supplies... and time! Using brains (delicious) and brawn, you must avoid the approaching onslaught of the living dead and make it to a rescue helicopter before you become lunch! It's fast paced and pretty damn scary, too. 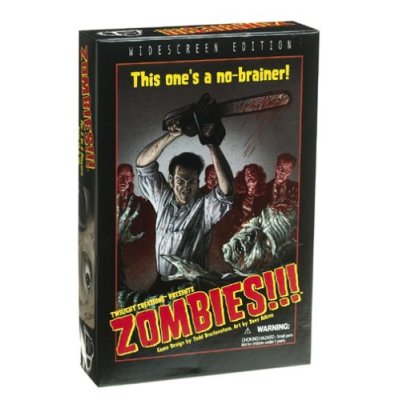