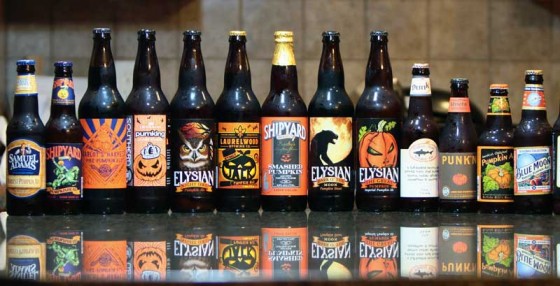 It’s almost fall and that means it’s time to put away those weak and fruity Summer beers and start thinking about the Winter warmers that are on their way. In the interim, Pumpkin Beers have begun flooding your local beer stores; a style that has really gained popularity lately so much so that just about every craft brewer makes a style. Though certainly not a complete list, here’s ten we think you ought to try before their fleeting appearances leave the shelves.

A nice, warming, unctuous brown ale brewed with whole bits of pumpkin meat and organic brown sugar. It’s tasty, but not overwhelmingly sweet or pie-like. Easy drinking and perfect for the impending fall. 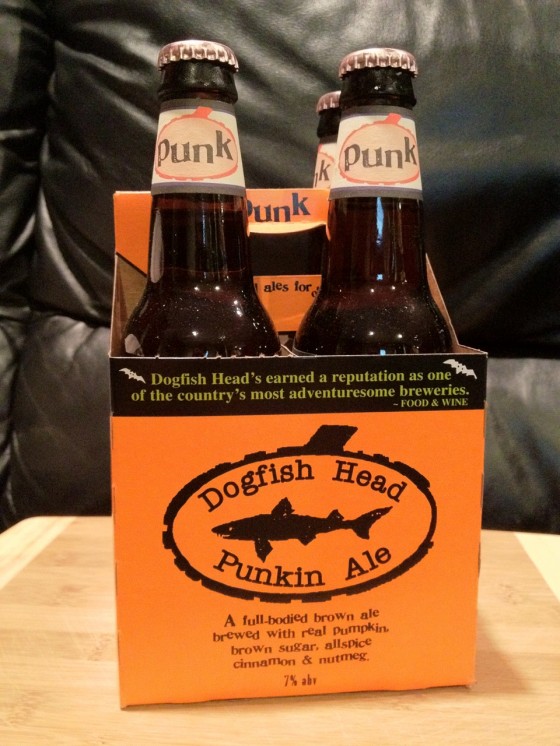 Rich, toasty and redolent of smooth, slightly bitter pumpkin flavor. Brewed with the requisite spices all of these beers like to use; you can definitely find the nutmeg and cinnamon, and they match amazingly with the style. 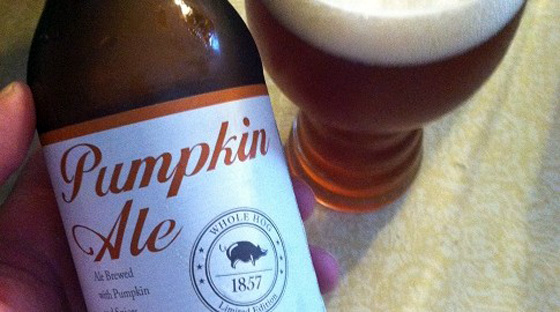 Believe it or not, this is our lone entry in a Pumpkin Beer list that literally has zero pumpkin in it. It’s on the label, it’s a fall warmer… but none of the orange stuff. Regardless, it fits on this list because it really does taste like pumpkin pie! It pours orange (oddly), and it has a nice mild maltiness and sweetness… but no pumpkin. It’s really good regardless. 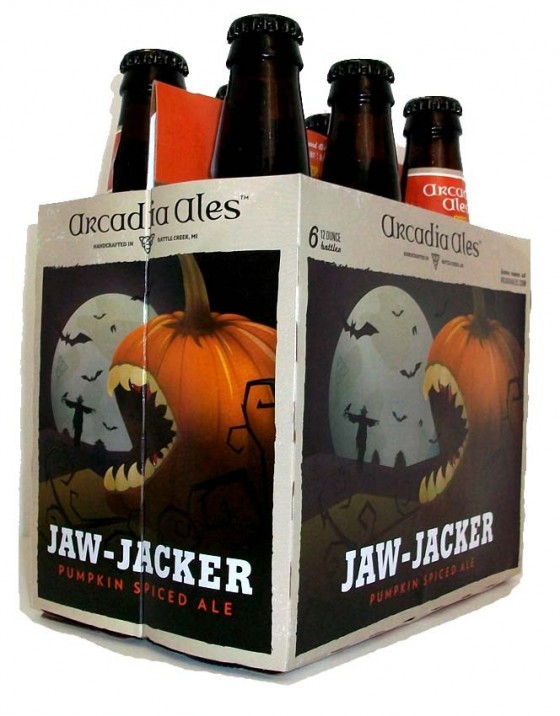 Here we have an odd bird, too! What can a brewer possibly add to a beer already swimming with pumpkin juice, nutmeg, and other spices? Why cranberry and lemon grass, of course! Trust me, this beer is amazingly tart to go with the spiciness of the ‘pie’ flavor. Very good. 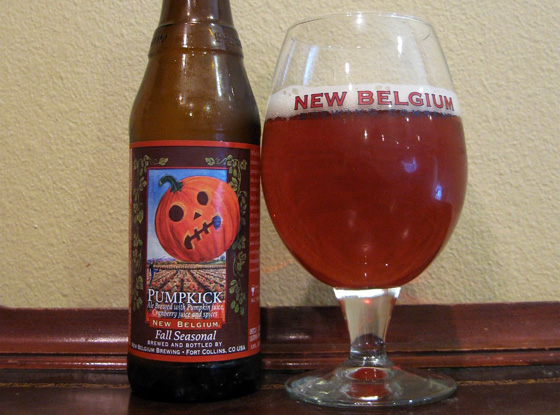 Now this, friends, is very literally pumpkin pie in a bottle! Think creamy pumpkin flavor, a melange of spices, and the backbone is a nice, crisp, graham cracker essence that balances everything out splendidly. One of the very best in pumpkins. 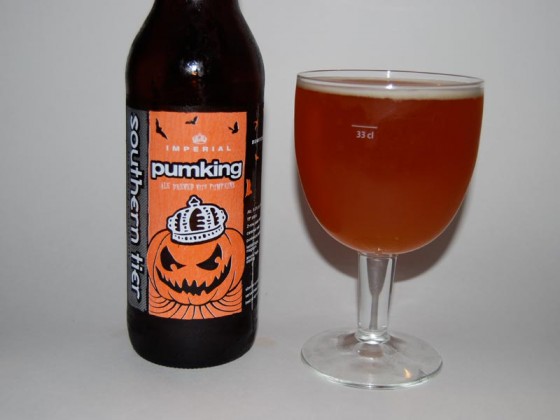 Imagine a full-on pumpkin party of a beer aged in oak rum barrels… yeah that’s right, begin the drooling sequence. This hammer of a pumpkin ale is full of raisin notes, caramel hints, a subtle rich oakiness, and a finish that reminds you that this is not a beer to be take lightly: alcohol esters abound. A sipper and a warmer to be sure.

This, boys and girls, is your basic Imperial Pumpkin Ale aged in Bourbon Barrels. If that doesn’t tell you that this is going to be a taste treat, I don’t know what does. Like a warming pumpkin pie, this treat incorporates all the wonderful flavors of the style plus an added dollop of vanilla, toasted coffee, and sweet toffee. It’s like pie to the Nth degree. 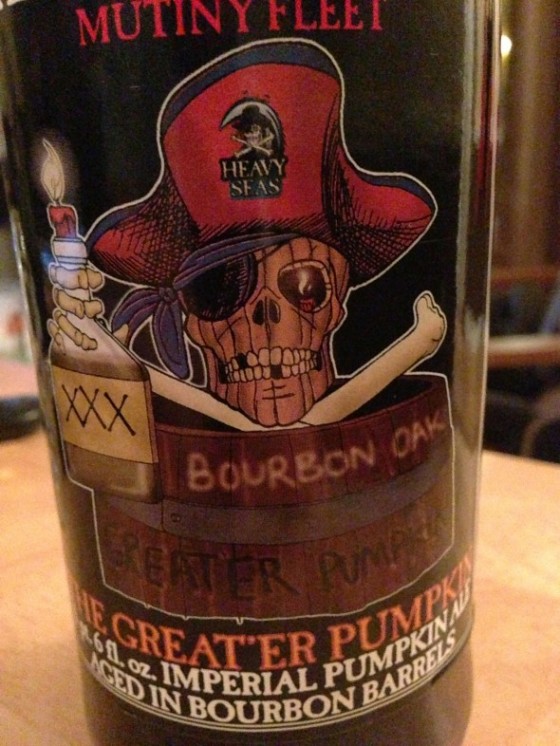 Collaborative efforts between breweries seems to be the fun thing to do lately. And why not? If something as amazing as Fermentation can come of it, it seems like the greatest idea ever! This is a rich, fully-pumpkin brew that doesn’t skimp on the sweetness and flavors you’ve come to expect from the style, and being a porter only adds to the magic. 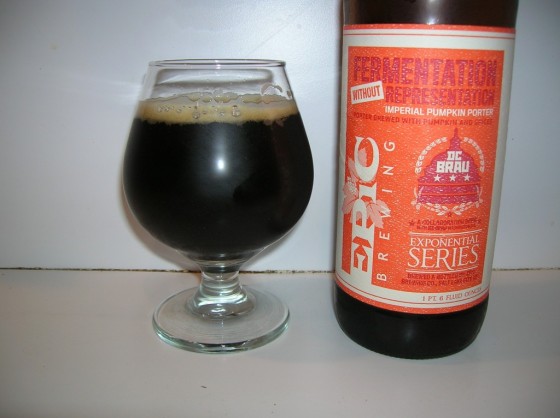 Roasty and toasty, and not too spice-forward as many of these samples tend to be. This one is crisp, refreshing, and relatively neutral on the pumpkin, but nonetheless, a great style from a great brewery. Oh, and the blaze-orange bottle is a nice touch. 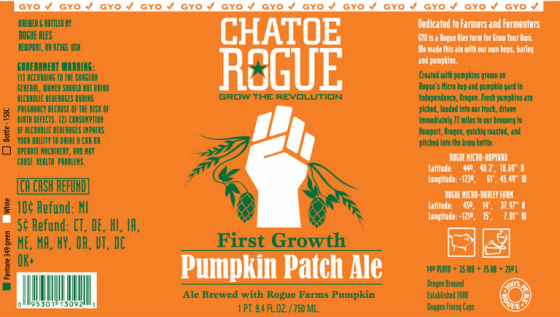 Deep orange and overflowing with effervescent pumpkin aroma, this double pumpkin ale is just that: 2X the pumpkiny goodness! This is a treat for the senses in both its well-balanced sweetness, and with its amber toffee notes that permeate the well organized spices. This one’s a keeper. 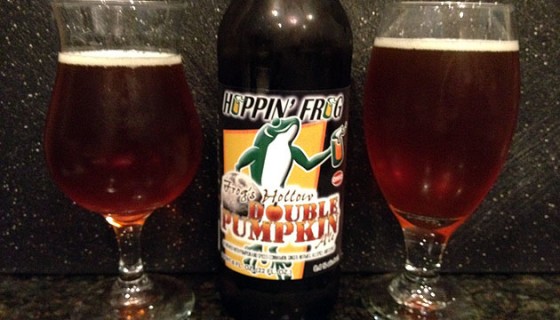