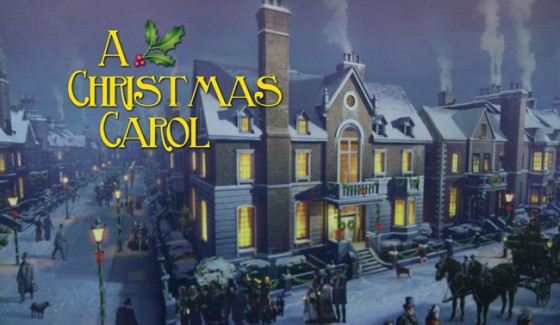 One of the Holiday’s most enduring and endearing classics is Charles Dickens’ A Christmas Carol. Ever since its initial printing in 1843, many different versions of this Yuletide Tale have been adapted to TV, film and everything in between. In fact, it seems that virtually every year we see a new incarnation of this story told in a myriad of ways. But which ones truly stand the test of time? Let’s take a look at the ten that have become perfect examples in the Christmas lexicon.

So why is this version so significant? Ya know, despite the fact that it’s over 100 years old. Well I’ll tell you. It’s regarded as one of the earliest film adaptations of Dickens’ work. Secondly, it stars Thomas Rickets who many Hollywood historians know as the man who directed the very first film for Movie-Land. So there it is. It might not have been particularly special in its own right, but it’s old and really, really classic.

Robert Zemeckis is going to get his Motion-Capture shtick right if it kills him. First there was the uneven, yet endearing adaptation of The Polar Express which, despite its fun and beauty, more or less turned the people into expressionless freaks. Then he ran with his own version of A Christmas Carol. This time it was left to Jim Carrey and his obnoxious antics to carry all the main roles. Better, but still a little on the bizarre side.

As the first musical on the list, it really helps when you realize this little Holiday dirge stars the incomparable Albert Finney and Alec Guinness (yep, Obi Wan). Not good enough? Well, of all the adaptations of A Christmas Carol, this is the only one to have received Academy Award nominations. Yup. Four of them. Also, it’s actually pretty damn good.

Oh man, this is just a cornucopia of old Hollywood actors and names literally stepping over one another to be seen. And it’s just as gloriously cheesy as it sounds. Starring not only Rich Little, but also Paul Lynde, Johnny Carson, Groucho Marx, Jimmy Stewart, and even Richard Nixon. This thing is an absolute masterpiece of Christmas kitsch.

This particular version has one major thing going for it: Patrick Stewart. That’s right kids, as it turns out, you’d be hard-pressed to find anyone better to portray Scrooge than Captain Picard. He’s quite possibly one of the finest thespian hams of our generation and he brings every last iota of smarm and scene-chewing he can muster. It really is one of the best adaptations featuring live actors not being purposefully goofy.

Sadly, post Jim Henson, this fourth in the original run of the Muppet movies is nonetheless a truly amazing adaptation of the Dickens’ tale. Funny, heart-felt, goofy like you read about, and just all around Muppet perfection, this version uses the story itself as the narrative as it’s being told by Dickens (Gonzo). All the standards are there, including Kermit as Cratchit, Fozzy as Fozziwig, Statler and Waldorf as the Marley Brothers, and even the quite likable Michael Caine as Scrooge. This is a good one and a classic I never miss.

Far and a way one of the greatest Christmas movies of the last 30 years, Scrooged represents the rigid skeleton of Dickens’ titular work, but slathers it in the loony skin of a story so patently ridiculous it completely works. If you’ve never seen it (for frikkin shame!), Bill Murray plays Frank Cross (more or less Scrooge), the assholeish head of a TV Network whose attempt to create a version of A Christmas Carol goes horribly awry when the three spirits make him revisit his life. Cute, funny, and containing one of the greatest lines in movie history: “The bitch hit me with a toaster.”

I felt I had to have a book on this list, since after all the entire basis of this list is based on… a book! Wow. Kinda went a little meta there. Anyway, few people know there is an original and often forgotten sequel to Dickens’ A Christmas Carol, and it’s called Timothy Cratchit’s Christmas Carol. Though it might not have the most original title for a sequel, it does to a great job of picking up the life of Tiny Tim as he’s represented as an old miserly type fella in 1917. It has a nice Dickensian warmth and offers a pretty similar story. But hey, familiarity breeds… what, decency? Let’s go with that. 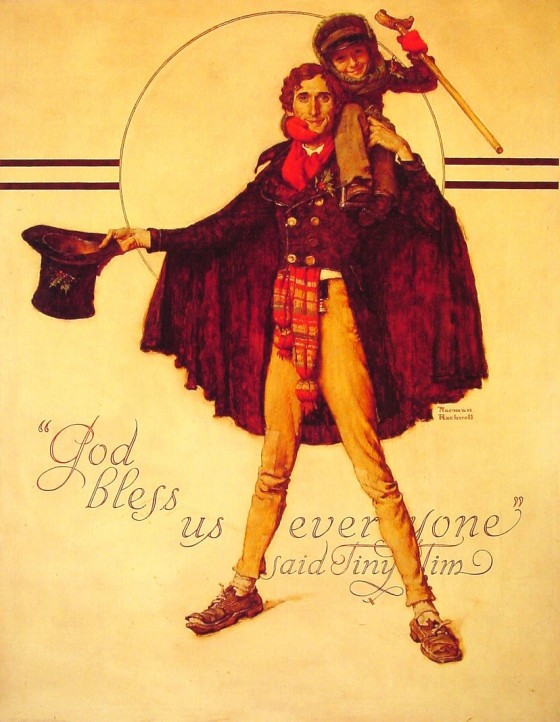 If you want to talk definitive adaptations that literally adhere so closely to the source that you’d have to wonder why no one else has bothered to do it since, then you need to talk about George C. Scott’s impeccable turn as the antagonistic skinflint in this 1984 version. When one sets out to make their version of A Christmas Carol it is of utmost importance that one finds the finest face and voice around to be Ebenezer Scrooge. I give you Scott. Hands down the best ever, and that’s not just hyperbole.

This one, kids, is my absolute favorite. Why? Because it’s frikkin Disney, for one! And who better, animated or otherwise, to play Scrooge than… Scrooge! The ghosts are excellent, including Goofy as Marley, Jiminy Cricket as Christmas Present, Donald Duck as Fred, Mickey as Cratchit, and many characters from films like Robin Hood and The Adventures of Ichabod and Mr. Toad. It’s only a half-hour long, but it crams enough awesome into that thirty minutes to more than make up for its brief running time. The illustrations are pure Disney, and the voice cast is spot-on. This might be the one you’ll always remember.