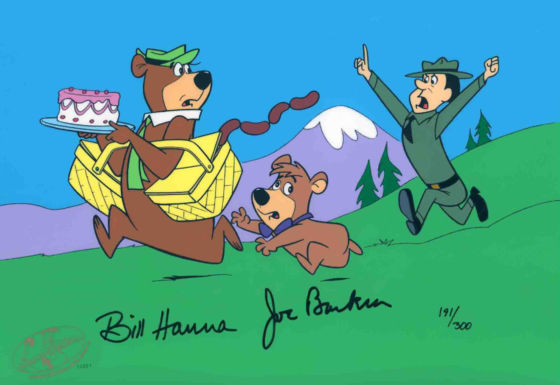 Many moons ago, back when the Earth’s mantle was cooling and dinosaurs roamed the land, I wrote an article dealing with ‘Annoying Sidekicks‘. And it was good, and all was well with life. But, as three years have passed (really?), it was decided by a one-person committee to revisit those wacky and often times just plain in the way sidekicks… and so it was.

However, this time I have chosen to go a whole different way. Sure, sidekicks in general are typically detrimental; more often than not the root causes for the situation they’ve become involved in not getting completed in as timely a manner as one (the actual hero or main protagonist) might prefer. But then there’s the other side to sidekicks: the hapless melancholia that just seems to follow them everywhere they go. No matter the consequence, the sidekick always turns out to be proverbial ‘cannon fodder’ for their companion. It’s sad, really. Even if they practically begged to be a part of their friend’s fun and excitement, does that really mean the poor schlubs needs to be treated like dirt? Yeah, probably. Here are ten examples. 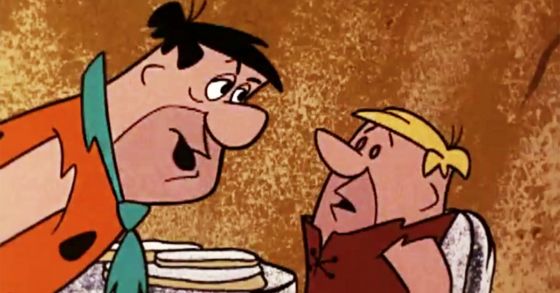 Barney and Fred tended to hang out on the same level playing field, but there was never any denying that Mr. Flintstone was just a bit smarter. Of course, ‘smarter’ is relative since neither was particularly bright and both were colossally naive. But, as good duos always go, Fred most frequently seemed to have the plans on which all great schemes are built, and Barney was always just along for the ride. And Barney was so often the one who took the brunt of whatever actions Fred’s ploys produced. I don’t believe Fred purposely ducked all too regularly when a proverbial chunk of rock was hurtling toward them, but regardless, Barney was always the one getting clobbered by it. 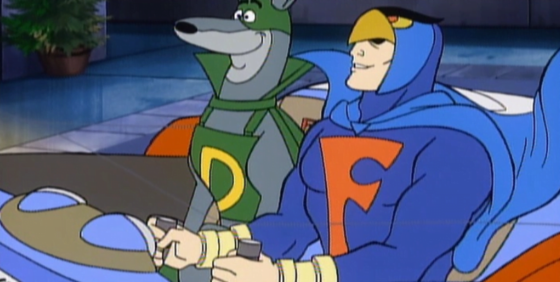 Yeah, that’s right: The Blue Falcon. Think about it. The show was called Dynomutt, Dog Wonder during its original airing, and as such it was the mechanical mutt who was the focus of the series. So that definitely makes Blue Falcon the ‘why me’ sidekick of the duo. Basically a goofied-up version of Batman, the Gary Owens-voiced Blue Falcon was the main hero and the one who led the rescue attempts by thwarting the bad guys or corralling the situation. But it was always Dynomutt whose on-board contraptions and robotic machinations that would trip up the team each and every time he decided to use them. In fact, much akin to a toon that would air decades later, Inspector Gadget, Dynomutt’s flailing limbs and marginally useful doodads would cause Blue Falcon to often question his alliance with such a dimwitted clod. 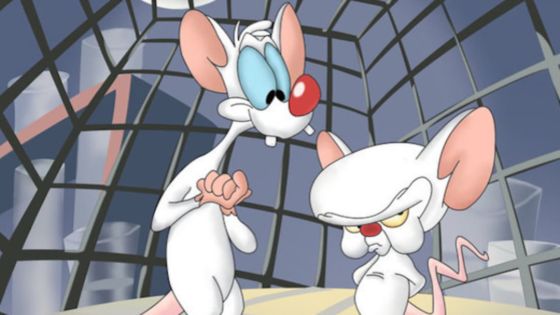 We all know that the cartoon was titled Pinky and The Brain, but it was certainly Pinky himself who would consistently cause The Brain all the harm and damage he could handle. But here we have a dichotomy where even The Brain himself would treat Pinky with disdain and anger, even though it was Brain himself who was projecting his faults onto the childlike Pinky, who could really care less. So, when the plan was hatched, just as it was each night, to attempt to take over the world, it was Brain’s advanced ideas and plots that Pinky would eschew and more or less pinpoint the failure of long before they ever happened. So, during the act, Pinky and his inadvertent stupidity (it wasn’t his fault he was riddled with ADD and a host of other mental issues) that would stall the plan in its tracks. But, as it turned out, The Brain was lonely without his friend, and Pinky vice versa. They were far closer than their bickering would ever imply. 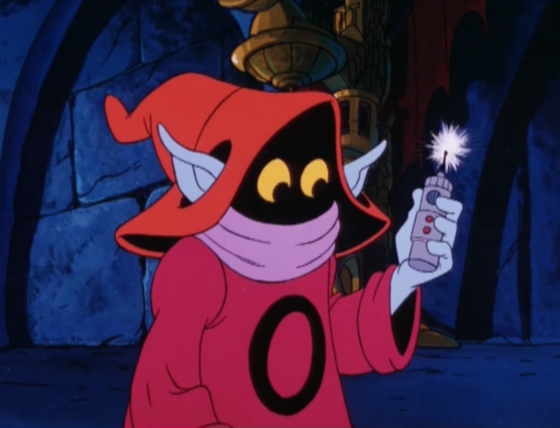 We all know Orko — inexplicable friend to He-Man — is a gigantic pain in the ass, but have you ever noticed that this floating caped set of eyeballs really seems to fail regardless of how hard he tries? He is maybe one of cartoondom’s most lonesome losers. First (as I explained in the previous sidekick article), he is one of a scant few who actually knows that Prince Adam is actually He-Man, so the weight of that little secret must just be eating him alive. Especially since he so frequently finds himself at the business end of another magic trick gone south, you’d think he’d just blurt it out in anger and frustration. Secondly, and this is almost painfully obvious, he is quite possibly Eternia’s most failed wizard. One of his friends is The Sorceress (another bearer of the He-Man secret) and she readily uses magic that actually serves a useful purpose. Poor Orko has to sit back and watch as that weird bird lady steals his really weak thunder. Orko cries himself to sleep nights, I can guarantee you that. 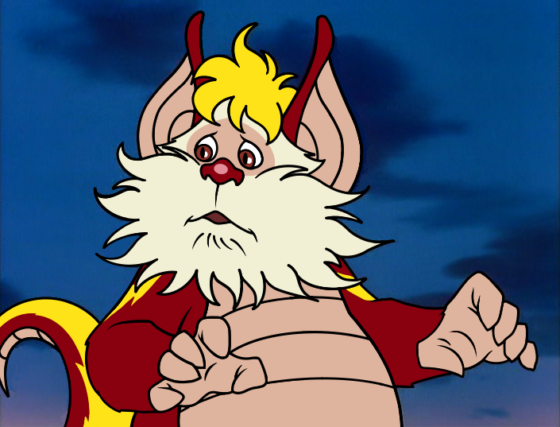 Snarf is more akin to Orko than to the actual Thundercats he’s befriended. He’s like Lion-O’s conscience if his mind were numbingly irritating with a horrific speech impediment. The point is that Lion-O himself is the youngest of the Thundercats, and he’s perpetually given tasks to prove himself as their worthy leader, but Snarf and his nanny-like altruisms full of moralities and life lessons just prove to be speed bumps. Snarf probably means well, but Lion-O has to learn things for himself or what’s the point of trying to mature into leadership? Perhaps the most annoying feature of Snarf’s repertoire is his incessant need to fit the word ‘snarf’ into all his sentences. He’s like Henrietta Pussycat from Mr. Roger’s Neighborhood only, somehow, more ridiculous. Snarf definitely needs counseling because his inferiority complex is just almost too painful to watch. Well, that and the fact that he’s just plain stupid. 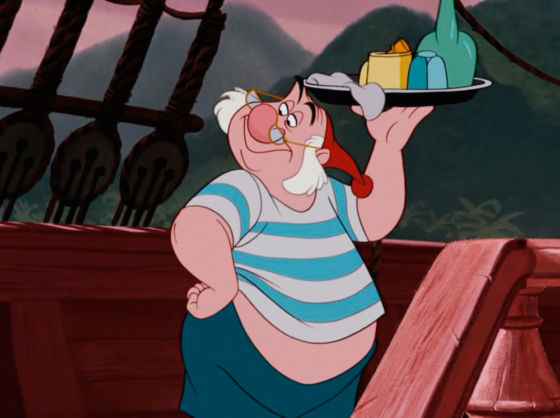 Our fifth entry comes in the form of the only one on this list from an actual movie. Yeah, some of these sidekicks have been in TV movies, and maybe a real theatrical release, but those came only after solid footing as a show. Mr. Smee, on the other hand, was first seen in Disney’s Peter Pan. According to some info I dug up in the Disney Wiki, Mr. Smee is looked at as a raging imbecile by Captain Hook. Which should really come as no surprise to anyone, really. Though he is very loyal to the Captain — to the point of letting himself get pushed around and walked all over — he is also just about his polar opposite. We all know Hook is a calculated and sadistic monster, where as Smee is generally kind, slightly sad-sack, and all hapless all the time. Smee’s biggest downfall is his desire to try way too hard to impress Hook, who is generally disinterested in all his foibles and goofs. Smee considers himself Hook’s friend, but it’s tough to see if the feeling is reciprocated even a little. 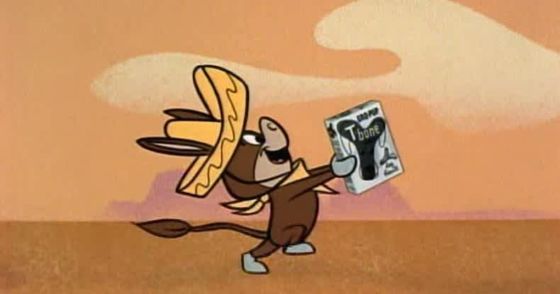 For some reason, Quick Draw McGraw is a Sheriff. Though his actions are always full of well-meaning, his performance is clumsy and destructive at best. But there is one shining ray of hope in the form of a little sidekick named Baba-Looey. Baba is the literal burro to Quick Draw’s horse and is not only three-times smaller, but also three times braver almost to the point of being ridiculous. Though Quick Draw ultimately calls the shots and always jumps into the fray without considering the consequences, at least it’s comforting to know that Baba-Looey is there as the voice of reason that frequently falls on deaf ears. As sidekicks go, Baba boy seems to be one of the most helpful… well, one of the ones who attempts to be the most helpful, anyway. Even if his suggestions to maybe organize their thoughts before rushing into a dangerous situation generally result in harm to especially him, at least he can say he tried. And God help him if El Kabong makes an appearance. 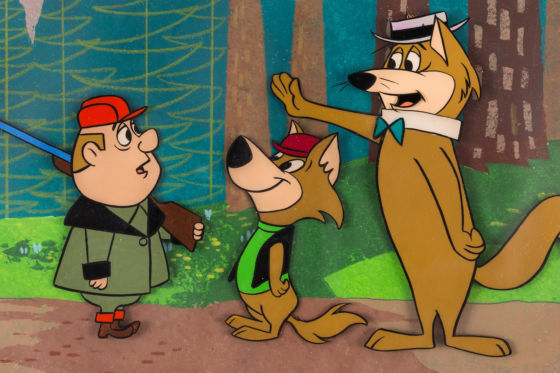 When your best friend Hokey is renowned for his conniving behavior and perpetual attempts at trickery, it’s a sure sign you are going to get all caught up in gobs of mischief. Life for Ding-A-Ling isn’t particularly easy when the wolf he looks up to is a half-assed con artist. And poor little Ding only wants to learn from his elder pal, even if learning means following him around through all of his misadventures and really bad ideas. But despite all of that and despite all the inadvertent pain and incidental participant agony, Ding-A-Ling is loyal and a pal to the last. And it’s only icing that he sounds just like Buddy Hackett. 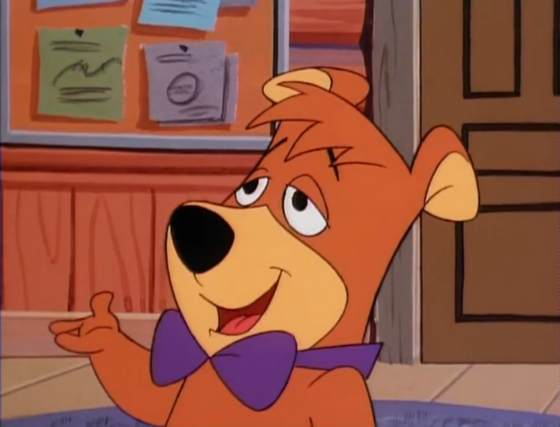 There’s little denying that Yogi is a sociopathic lunatic with a severe eating disorder. Oh, and a dopey hat and tie. And acting as his far-too-frequently ignored voice of reason and his seemingly pointless conscience is little, hapless Boo-Boo. The sorrow and melancholia shine through almost too perfectly in Boo-Boo’s morose voice and demeanor. You can almost hear Boo-Boo’s eyes roll as his words of warning against Yogis actions are trampled on unceremoniously. The little cub knows he’s the victim, but time and again, always against his own better judgment, he stays at the heels of his best friend, no matter the consequence. Loyal to his own detriment, at least he can say he’s regularly warned Yogi of the Ranger’s dislike of his hijinks. 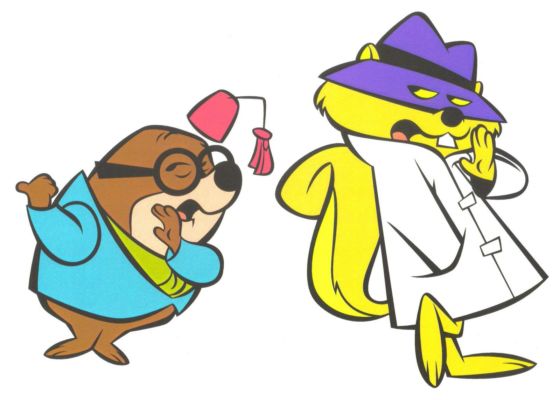 And finally we have come to quite possibly the most shit upon and often overlooked sidekick of all time: Morocco Mole. Bedecked in a Fez, an Ascot and a smoking jacket, Morocco might be the best dressed sidekick of all time, but that certainly doesn’t help him steer clear of the trouble literally piled upon him by Secret Squirrel. In fact, if you think of it from a slightly skewed sense of companionship, Morocco Mole is much more akin to a garbage can merged with a punching dummy. Sometimes it seems that Secret doesn’t even acknowledge his existence even though he’s plainly directly next to him while he’s ricocheting gunfire off his head. Morocco Mole isn’t so much a voice of conscience as he is that innate little yelp of concern you have in your head the moment before you lean yourself on something you know is going to hurt, thereby silencing that voice with an audible cry. Morocco is a target and an anthropomorphic allegory for friendly fire.