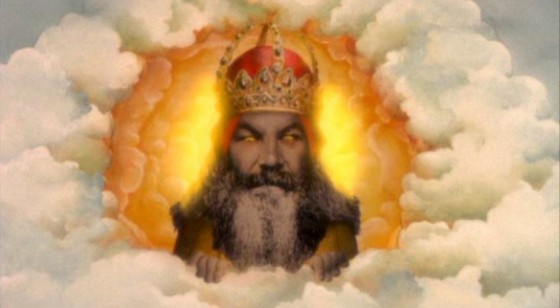 As taboo as it is to portray God in a movie (and there are rules, believe it or not), it’s been done quite a number of times. But for my money, there are ten standout performances that really epitomize how one can imagine the All Mighty deity sounding. And yes, one of them is Morgan Freeman who, in my opinion, could read a truck stop diner menu and I’d be mesmerized. Anyway, enjoy.

In the 1996 film, Breaking the Waves, Emily Watson portrays Bess McNeill whose beloved Jan (Stellan Skarsgård) must return to his career aboard an oil rig. A deeply religious Bess prays for Jan's permanent return, but finds out that he has seriously injured himself and not only won't be able to come back, but also won't be able to have sex. Yikes, that sucks. Anyway, through God's aid (and his voice), and the urging of Jan, Bess finds a new guy and begins banging the crap out of him only to regale the exploits to Jan, possibly healing him. It's a bizarre tale. Decent, but bizarre.

In the epic Terry Gilliam masterpiece from 1981, Time Bandits, a crew of time-traveling dwarfs "borrow" a map from The Supreme Being (Ralph Richardson) and span the continuum stealing treasure. A young boy, Kevin, tags along and finds himself meeting historical (and often semi-fictional) characters like King Agamemnon, Robin Hood and Napoleon. The Supreme Being, in this tale, is a witty, charming Brit and, honestly, that's a great voice for God.

Supreme Being: "I should do something very extroverted and vengeful to you. Honestly, I'm too tired. So, I think I'll transfer you to the undergrowth department, brackens, more shrubs, that sort of thing... with a 19% cut in salary, backdated to the beginning of time."

If you've ever wanted to hear Biblical stories told from the perspective of Southern Blacks, you could do worse than 1936's The Green Pastures. You'll get God, Heaven and several Old Testament stories, including the Creation and Noah's Ark! It's like Sunday school only grainy and not particularly well-acted. So, a lot like Sunday school. Oh, and Rex Ingram provides the voice of "De Lawd."

If, for some reason, you've never seen Monty Python and the Holy Grail... well, then I pity you. Though not a masterpiece, it's that very fact that makes it one of the funniest and finest examples of the King Arthur myth. The entire film revolves around Graham Chapman's King Arthur and his relentless and hilarious hunt for the famed Holy Grail. Speaking of Graham Chapman speaking, he also provides the pipes for the voice of He Who Is Called I Am. God. He's God. And a fine one, too.

In the 1992 dry religious comedy, Les sept péchés capitaux (The Seven Capital Sins), we follow seven separate tales that incorporate the tribulations of the said Seven Deadly Sins. And, oddly, though the entire film is French (spoken and set), Robert Mitchum plays a very American God -- chomping a cigar and otherwise being a slick-tongued Yankee. It has some funny parts, but its Mitchum's chops as The Lord that really makes this one tolerable. 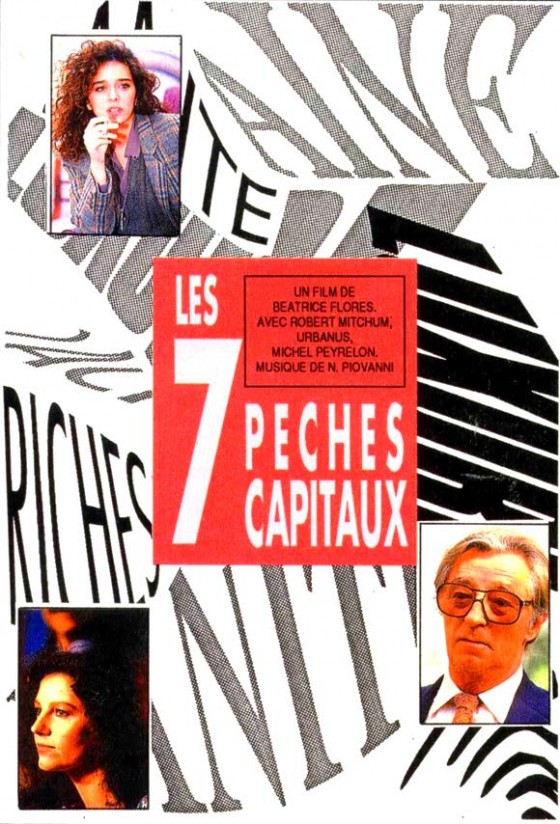 For the most part, when one thinks of religious flicks, one can't help but think of The Ten Commandments. It's a soaring flick on the grandest of scales directed by the master of oversized filmed fervor, Cecil B. DeMille. And yes, I realize God doesn't actually speak on-screen. So what the heck, then? Well, think about it: Moses is doing God's work and God is speaking through him in all his endeavors, ergo: Charlton Heston is the voice of God! And an epic one at that! "Let my people GO!"

It's hard to believe that musical genius John Denver starred with classic comedy genius George Burns in a series of films where one was God, but it's true. In the very funny films, 1977's Oh, God! and 1980's Oh, God! Book II, Burns appears to grocery store clerk Jerry Landers as God and asks for his assistance spreading His word. To no one's surprise, Jerry is reluctant at first, and even when he does take the reins, nothing but hilarity ensues. Good clean, Heavenly fun!

Director John Huston isn't known for supplying anything to his films other than distinct and perfected direction, but in the flick The Bible: In the Beginning, he does an excellent job providing the rich baritones of God. But, God is not the only voice-over he assists with. Nope, he's also Noah, and the narrator of the entire spanning epic of the first 22 Chapters of Genesis. Yeah, it's a bit long-winded and it seems they really didn't file it down at all. So, ya know, if you want a good book on tape of the Bible, here ya go.

Kevin Smith is a lot of things to a lot of people. He's the Clerks guy, he's the man behind one of the least appealing films ever in Jersey Girl (it's not that bad), and he was, recently, too fat to fly. But all that aside, the man can tell a story. It's his forte and he does it with stunning skill. So, in his fourth movie, Dogma, Smith decided to tackle the all-encompassing ridiculousness of Catholicism.

Dogma is a slick film with plenty to like, and, to some, a lot to hate. It features a search for truth and a battle against evil to rescue God who only wants to play ski-ball. In this case, Alanis Morissette portrays The Lord, in all her epic silence. She doesn't talk (she does yell at the end, destroying Ben Affleck), so her voice, or The Metatron, is provided by Alan Rickman. Yep. Before he was the slippery Snape, he was God's tongue. And a great one too.

And here we are: the preeminent voice of God. The man who not only made a movie about prison bull queers infinitely better, and eventually built Batman a better suit, but also told stories about outer space and the groovy shit therein. That's right kids, it's Morgan Freeman! His first portrayal of the Heavenly Father was in the Jim Carrey vehicle, Bruce Almighty. You see, Bruce has nothing but bad things to say about God and His attempts at keeping an orderly world. So, as you'd expect, God makes Bruce all-powerful, much to his chagrin. In the next story, Evan Almighty, God tells Evan to build an ark, much like Noah, and naught but insanity follows. Yep. Morgan Freeman. Your voice of God. And my personal favorite.