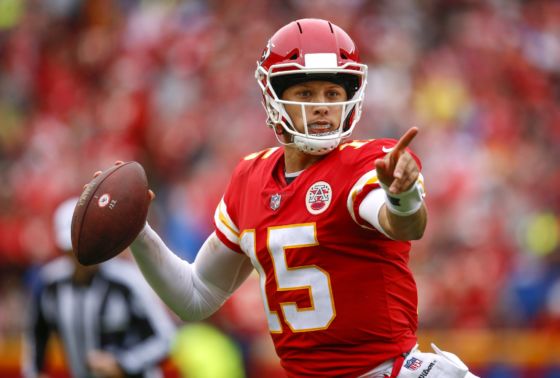 The Tennessee Titans had a great game plan for going into Kansas City and upsetting the Chiefs during the AFC Championship game. Head Coach Mike Vrabel was making the right calls at the right times for most of the game but the talent was just not enough. They could not slow down the Kansas City offense long enough to ever catch up and eventually lost the game. The same can be said about the Green Bay Packers, who struggled to stop the running game of the San Francisco 49ers and it cost them a chance at another Super Bowl.

That leaves us with two exciting teams, the San Francisco 49ers and Kansas City Chiefs, who are heading towards a matchup that the fans have wanted for a very long time, a top-ranked defense taking on a prolific offense. The current Super Bowl odds have the Chiefs as a slight favorite over the Niners, with a single-point spread separating the two. If there was any reason to believe that the 49ers can beat the Chiefs, or vice versa, it will have to come down to each team’s most impactful players on both sides of the ball. Let’s take a look at the top ten most impactful players of Super Bowl LIV. 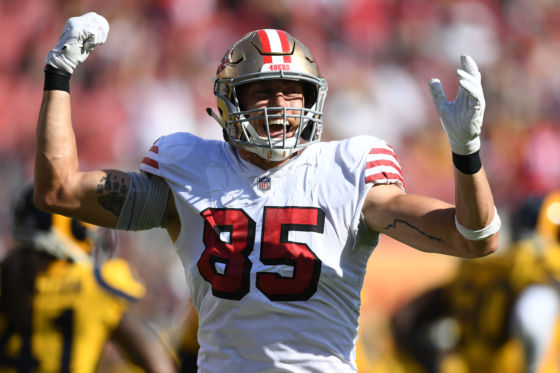 After catching just one pass for 19 yards in the NFC Championship game, many people who did not watch the game would assume he was a non-factor in the 49ers winning the game. But there is nothing further from the truth as he played the entire game and was a key figure in the running game.

He also failed to put up superb numbers in the Divisional playoff game against Minnesota a week prior. But the numbers mean very little because the 49ers were so far ahead in both games that he was not needed.

When it comes to blowouts, George Kittle is going to be a non-factor. But when the games are close, he has proven, time and time again, that he is the biggest part of the 49ers passing game and is the main reason it excels or fails. 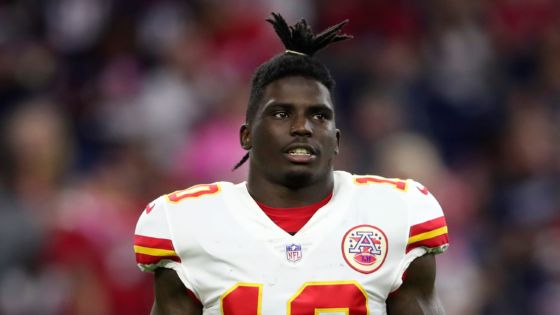 Before becoming the fastest player in the NFL, Tyreek Hill was being kicked off the Oklahoma State’s football team for a domestic violence arrest. Years later, he would run into another issue involving child abuse allegations that would end up causing his suspension from the team in April of 2019. The NFL would eventually investigate the situation and determine he did not violate the personal conduct policy.

However, he got injured in the first game of this season and ended up missing four games leading to a massive decline in production compared to 2018.

But do not let that fool you, Tyreek Hill is their best offensive player not named Patrick Mahomes. His matchup lining up against players like Richard Sherman is going to be interesting and could lead to a very big game for one side or the other. 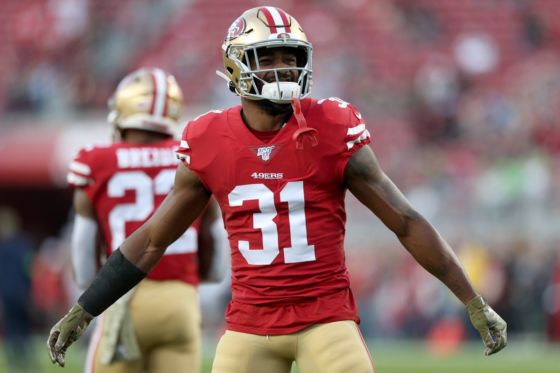 Since the 49ers Week 12 matchup against the Green Bay Packers, Raheem Mostert has emerged as a solid running back that has helped them move the chains ever since. Even after he scored eight touchdowns in the seven games leading up to the NFL Championship game, no one saw his performance against the Packers coming as he rushed for 220 yards and four touchdowns en route to their victory. For a player who has only surpassed 100 yards rushing twice this season, he is going to be a huge part of the 49ers offense because he will open up the passing game. 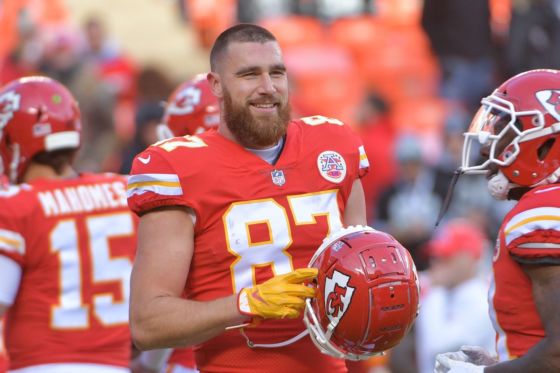 After trailing 24-0 in the AFC Divisional playoff game against the Houston Texans, it seemed as if the Kansas City Chiefs were on their way to a first round upset. However, in the second quarter, Patrick Mahomes threw for four touchdowns in the final ten minutes of the half to lead them back on top for a halftime lead. Three of those four scores went to Travis Kelce, who has become the one player that every defense that faces this Chiefs offense has to account for.

Not only can he block, he can get separation from defenders and make big plays with surprising speed. He can erupt for huge production in short periods of time and change the entire momentum of the game. 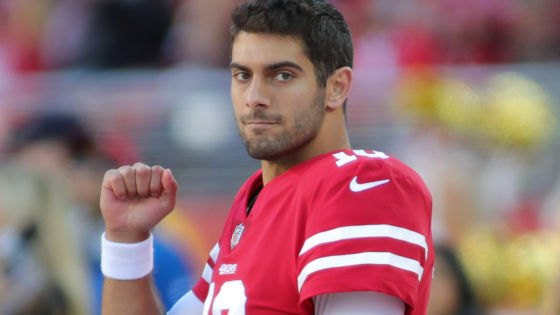 When the 49ers needed him, Jimmy Garoppolo has stepped up and led them to victory. But when he has had terrible games, they have not been able to figure it out and get the win.

During the playoffs, however, he was barely even a factor in either of their two games. But they had those match-ups wrapped up so early that they barely needed to depend on his ability to throw the ball. If the running game is working, why throw it?

His impact will come the moment he makes his first mistake during the Super Bowl. That is where he needs to be perfect. He needs to eliminate making the big mistakes and manage the game using everything he learned while in New England. 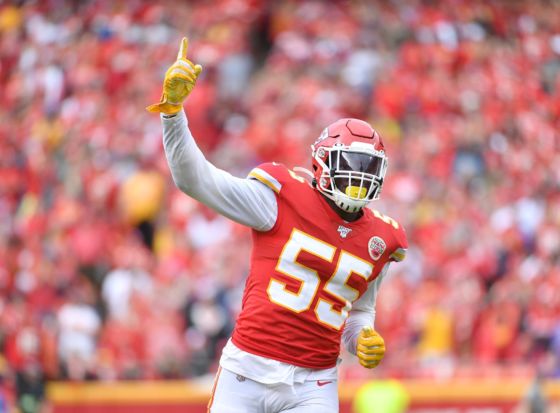 Without having a stout run defense, the Kansas City Chiefs knew they were going to struggle to get to the Super Bowl. So, after trading off Dee Ford, they had to bolster their defensive line and went out and landed Frank Clark from the Seattle Seahawks.

He was coming off a 13 sack season and was emerging as one of the best defensive ends in the NFL. So the Chiefs gave up a first and second round pick to land him and it has paid off. He had three sacks against the Houston Texans, which was part of their amazing comeback in the divisional round playoff win.

His ability to break off the edge and suffocate the opposing quarterback has led to offensive lines having to prepare for him with extra blockers and double-teams. If he has a great game, it will be very tough for the 49ers to move the ball. 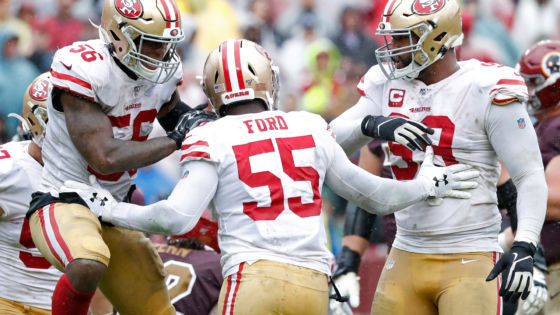 Frank Clark was not the biggest trade made by the Chiefs last summer. It was when they decided to trade their Pro Bowl defensive end, and best defensive player, Dee Ford, to the San Francisco 49ers for a second round draft pick.

His impact was felt right away as he turned the 49ers defensive line into the best in the league. They already had Nick Bosa on one side so adding Dee Ford to the other side of their defensive line literally gave them the best defensive end duo in the NFL. Now he faces his former team in the Super Bowl, and he’ll be ready to go after Mahomes. 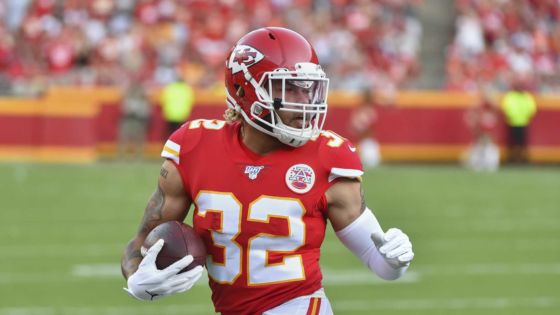 Do not fall asleep on the man who was once known as the “Honey Badger” because of his ability to overcome just about anything and find the football. He is a dangerously fast safety that can make things happen in the open field that you simply cannot plan for anymore.

Even with the perfect gameplan in place, Jimmy Garoppolo is going to have problems throwing the football down the field because he knows that Tyrann Mathieu is somewhere out there, just lurking around and waiting for his chance to make a big play. He is a gambler that makes mistakes too. If he limits the mistakes, this could help bring the Chiefs a Super Bowl win. 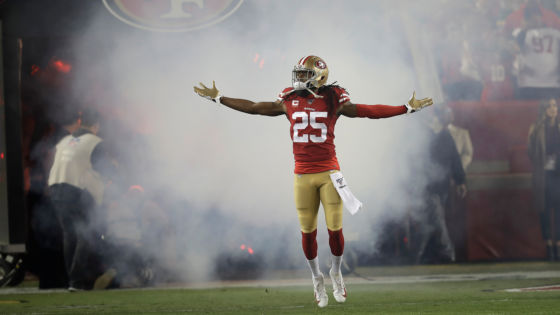 Just when everyone thought he was finished, Richard Sherman ends up signing with the 49ers in 2018 for three years, $39 million. The contract was also very big on incentives and the so-called experts were questioning the deal. But Richard Sherman knew what he was doing and what he saw in San Francisco.

This past season, he emerged again as one of the toughest defensive backs in the NFL. His ability to make the opposing quarterbacks throw away from him is just as dangerous as his ability to make an interception. He is forcing other teams to make gameplans that keep the ball away from him, which is virtually shrinking the size of the playing field in half.

His skill set is bigger than just defending the opposing receivers. He knows how to win a Super Bowl and is going to his third Super Bowl since 2014. 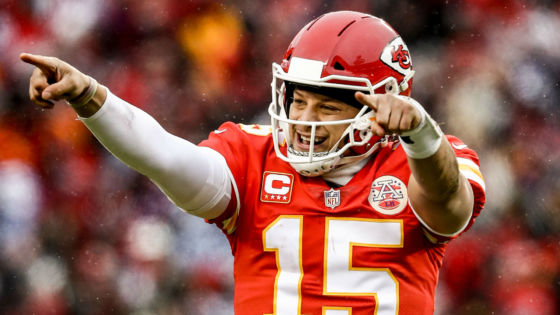 The 2018 NFL MVP, and leader of the Kansas City Chiefs prolific offense, Patrick Mahomes, is finally going to get his chance at winning a Super Bowl. He came close last year before falling to the New England Patriots in overtime in the 2018 AFC Championship game.

But now, it is his time. At just 24 years young, Patrick Mahomes has taken over the league with his incredible arm strength and amazing ability to read a defense on the fly. His legs are also something that defenses seem to have forgotten about but he can take off and run for a first down just as easy as he can throw it.

The Chiefs chances to win the Super Bowl will all but disappear if Patrick Mahomes fails to show up.