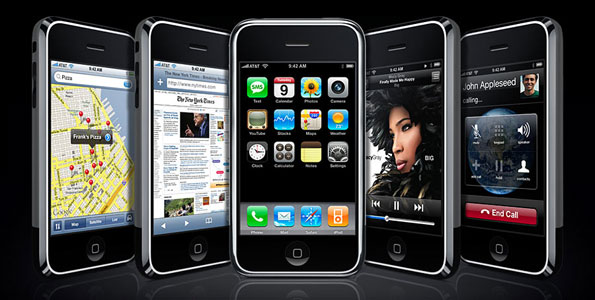 It’s tough to make fun of iPhone apps, because there are thousands of them out there and they’re almost universally retarded. For every legitimately useful app there are hundreds of harmonica synthesizers and virtual beers, and you could dedicate an entire website to pointing out how stupid they are. But a select few go above and beyond the call of duty, because while they’re pointless for 99% of the population there’s a small group of lazy, lazy people who could actually find them helpful.

Do you ever want fast food to be faster? Do you wish your phone had a burrito button? Well, congratulations, because you’re about to be living the dream.

Lots of fast food places have apps for ordering, but Chipotle takes it the extra mile, although not literally because an extra mile from anyone using this thing will result in an emergency coronary bypass. This app not only locates the nearest Chipotle location but also offers up more customization options than surly employees will ever tolerate in person, and it saves your order so you can buy your favorites in a manner of seconds. You can also pay with the app, basically allowing you to eliminate all human contact from the fast food process, as well as the need to move. 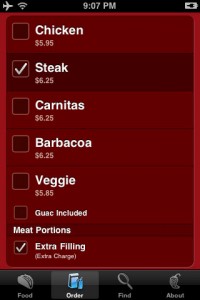 There’s also an option to drench everything you order in pounds of melted cheese.

This app lets you update your Facebook status, Twitter feed, and, brace yourself, both of them at the same time, with your iPhone! Holy shit!

Let’s face it, if you’re the sort of person who would pay for the privilege of saving a minute, maybe two at most by updating both feeds at once then it’s likely that neither of them are worth reading. 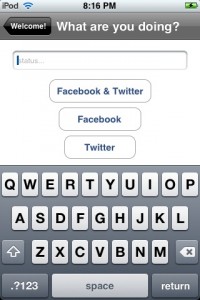 “Today I wasted a dollar on a useless application, then cried myself to sleep when nobody paid attention to my Twitter messages.”

Remember that old episode of the Simpsons where Homer’s half-brother built a baby translator? Cry Translator is exactly like that, except there’s no science behind it and it’s just an overpriced piece of crap (this app will set you back 30 bucks) that, based on reviews, spits out results at random.

Its target audience appears to be a combination of parents who are both extremely naive and too apathetic to try to deduce what their children want on their own. If you’re such a lazy parent that you’d rather have your iPhone tell you that your kid is hungry instead of trying to figure it out yourself then the government is going to be taking your child away any day now so there’s no point in wasting your money. 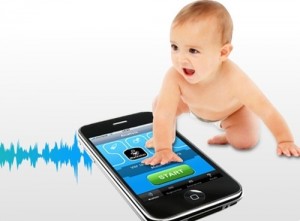 Would you buy from a company that doesn’t know how big babies are?

Needing to drink eight glasses of water a day is just a myth, but never mind that. If you need an iPhone app to help you count to eight and/or motivate you to consume water then we have to question your dedication to this fictional health regime. If drinking water requires actual mental exertion on your part then maybe you should just consider taking down a dozen Diet Dr. Peppers every day instead of the regular ones. 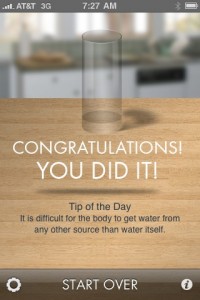 On the plus side, its Zen-like tips of the day will blow your mind.

Is there a big decision coming up in your life? Need to decide which school to attend, or which job to take? Well why bother going through all that tedious thinking when you can get your iPhone to do it for you? Just enter a few basic criteria and your phone will calculate the results and spit out a decision. It even has a virtual coin to flip in case the issue is too close to call. Just don’t get mad at your phone when its advice to drop out of school and train to be a lion tamer doesn’t pan out. 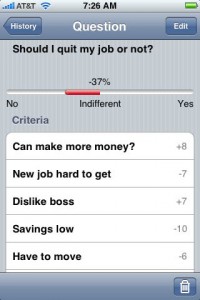 “Oh, so making more money is a good thing. Well, that clears that up!”

There’s also an app to help a group of friends reach decisions by tallying votes. Because really, that’s what democracy is all about: resorting to anonymous decision making because you’re too lazy to sit down with people you like and talk about what you want to do.

Counter is one of many iPhone apps designed to help you, well, count. You know, that thing you learned to do in Kindergarten? Yeah, your iPhone has you covered. Counter goes all out and helps you keep track of up to four numbers at once, a feat so remarkable it’s no wonder you need to call in advanced technology to help you achieve it.

But to be fair, it also has some features that your own primitive mind can’t offer. Like, if your counting is interrupted by a phone call or something then normally you’ll maybe forget where you were. But thanks to Counter there’ll be no maybe, because it resets when it’s interrupted.  So, that’s handy. 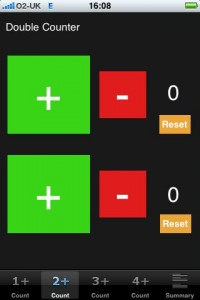 And we’re shallow enough to point out how ugly it is. Seriously. 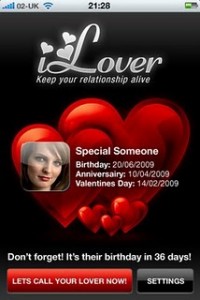 Wait, Valentine’s Day is the fourteenth?!

Come on, if you can’t go through the colossal effort of remembering someone’s birthday then maybe you shouldn’t be in a relationship with them. Just hold out for the sex toy app.

Being a manager is tough. You have to make hard decisions, motivate employees, and put up with being hated by everyone under your command. Sure, you could’ve learned to do all that while you were getting your MBA, but it’s not like you were really paying attention during those lectures. Well don’t worry, the iPocket Coach is here to save your career.

It’s described as a reference tool for managers, giving them the opportunity to brush up on how to handle situations like firing employees and dealing with conflict. But all the advice is gives is both incredibly obvious and painfully stilted, and it almost comes off as some sort of Dilbertesque practical joke. 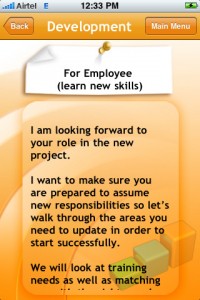 "Oh, so I shouldn’t tell my employees I hate them."

But it’s received serious reviews, and, alarmingly, they’ve been positive ones. Look, if you’re such a terrible and lazy manager that you need to whip out your iPhone every time you’re confronted with a remotely challenging situation then you better hope this app gives advice on how to deal with your co-workers being promoted over you.

Names is an app that, you guessed it, comes up with a list of random names. It’s marketed as an “excellent resource for aspiring writers”, because we all know that the world’s best writers just pound the “random name” button a few times until something passable pops up. 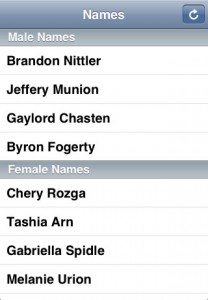 Fittingly, the developers of this app were kind of lazy themselves, because the random names are all just plucked from the 1990 US census. So if you’re both too lazy to come up with your own names and too lazy to browse census data, well, uh, good luck with that writing career.

Do you need to come up with a name for your new invention or product? Well, don’t bother putting in the hard work of thinking up a poignant, relevant name when you can just get this app to do it for you. All you need to do is set a keyword and a “marketing area”, such as high-tech or a family product, then just press the magic button and your phone will spit out marketing gold. 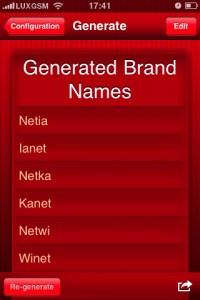 Netia? Ianet? What the fuck?

OK, so all it does it take your keyword and slap a couple of random letters in somewhere. And for a mere seven dollars! We guess this is targeted towards either slacker marketing students or the rare “lazy entrepreneur.” The creators of this app better hope their audience doesn’t discover that they can be even lazier and just slam their keyboard at random. Look: Azawfd! We just invented something!

Editors Note : We want our $7 back. “Gunaxin” is a pretty shitty name.