Ten of the Best Female Fronted Bands in Music Today 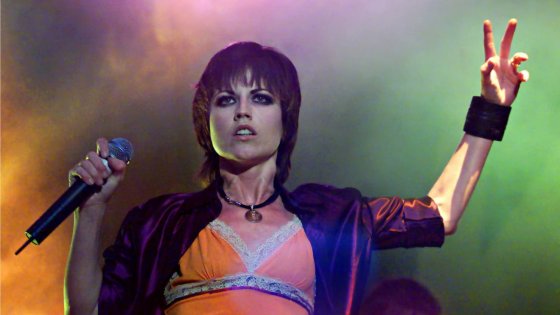 Editor’s Note : Dolores O’Riordan of the Cranberries has passed away yesterday, and in honor of her legacy, we’re republishing this feature from 2012 : 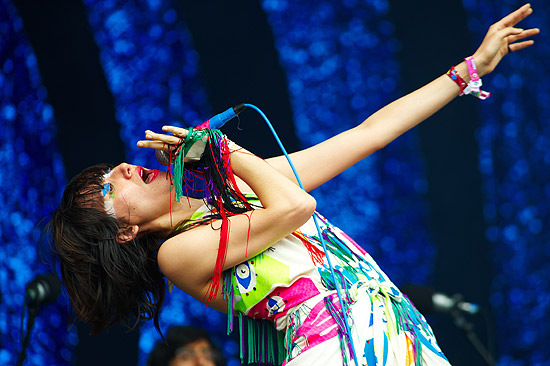 If you pay even the littlest attention to modern-day music, you’ve probably noticed an influx of female fronted bands making noise on the charts. At a time when rock ‘n’ roll seems to be hanging on by a thread, it’s women, not men (except for Dave Grohl of course) who are leading the charge to resuscitate the genre. Here are ten current bands from different branches of the rock tree making an impact.

Grace Potter and the Nocturnals

Originally formed in 2002 in Vermont, Grace and Co. have enjoyed a flurry of success and recognition in the last couple of years. Their self-titled third album went top 5 on iTunes in 2010 and a fourth album, The Lion The Beast The Beat, is set to be released later this year. Their sound infuses traditional rock standards with hints of folk and country.

This Welsh trio's debut album, The Big Roar, climbed to #8 on the Billboard Heatseekers chart in 2011. Lead singer Ritzy Bryan boasts a soft, melodic voice with an edge. They might be labeled as indie rock, but listen to the last 90 seconds of "Whirring" and tell me they don't possess the skills to shred.

Kinda hard to believe, but Blonde Redhead have been recording albums since 1995. While they have yet to achieve massive mainstream notoriety, odds are you've heard one of their songs without even knowing it. Their moody, atmospheric sound is often referred to as dream pop, but it operates on many different levels. Need to chill? Then listen...

The Naked and Famous

You probably don't immediately think of New Zealand as being a hotbed of alternative rock, but The Naked and Famous are attempting to change that perception. Frontwoman Alisa Xayalith sings with a hypnotic angst that is both haunting and hopeful. Their extremely addictive hit "Young Blood" peaked at #9 in the U.S.

Like a lot of bands working today, Canada's own Metric has gained a significant amount of heat by featuring their songs on TV and movie soundtracks: Zombieland, Twilight, Scott Pilgrim vs. the World, House, Grey's Anatomy and The Vampire Diaries to name just a few. Emily Haines' contralto vocals are seductive, sexy and powerful. Metric's fifth studio album, Synthetica, is due out June 12.

Florence and the Machine

Unless you've been sleeping the sleep of the dead, you have no doubt heard leggy redhead Florence Welch's chilling voice on such songs as "Cosmic Love" and "What the Water Gave Me." Any group that can seamlessly incorporate a harp into their music should be commended, but lest you think they can't bring the punk, here's "Kiss with a Fist."

This dynamic duo's Saturday Night Live appearance a few weeks back was their official introduction to mainstream audiences, but the Brooklyn twosome have been hard at work carving a niche for their unique brand of noise pop since 2010. The combination of Alexis Krauss' angelic pipes and Derek Miller's shrill guitars won't be to everyone's liking, but they can never be accused of uniformity.

Don't let vocalist Hayley Williams' petite frame fool you. She is a powder keg of energy with a commanding stage presence. Paramore has often been lumped into the "emo" category, which is misleading. If anything, they resemble No Doubt, vacillating between ska/punk and slower, more thought-provoking ballads. A new album -- their first without founding members, the Farro brothers -- is rumored to be in line for a 2012 release.

Few lead singers, male or female, can sling a mic and captivate a crowd as effectively as Karen O. Starting in 2000, she, along with guitarist Nick Zinner and drummer Brian Chase, began crafting a brand of art-rock/post-punk music that helped define the decade. Although the band has been absent from the studio since 2008, O did cover "Immigrant Song" for David Fincher's The Girl with the Dragon Tattoo. Meanwhile, impatient fans (like me) eagerly await a fourth album.