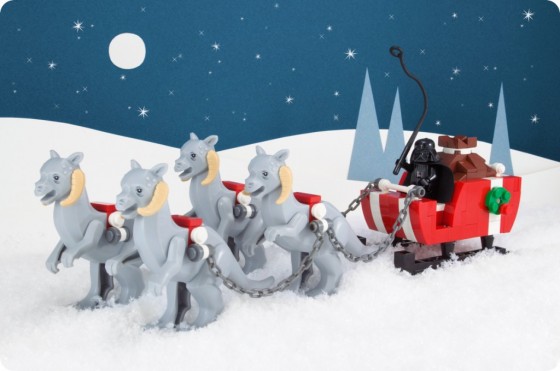 When you’re a huge Star Wars nerd, nothing goes more perfectly together than our favorite galactic heroes from far, far away and Christmas! Oh sure, we’re all familiar with the repugnant and best-left-forgotten ‘Star Wars Holiday Special’ as the quintessential piece of Christmas kitsch, but that’s beside the point. What is the point, however, is that there really are some bizarre and downright awesome bits of Star Wars Christmas sweetness! Check out the following ten WANT items…

Bobble-Heads are super popular right now, and they come in just about every conceivable shape, size, and visage you can imagine. So it should come as no surprise that there are several Bobble-Heads dedicated to just Star Wars characters wearing Holiday garb! Apparently these came from Target. Of course they did. 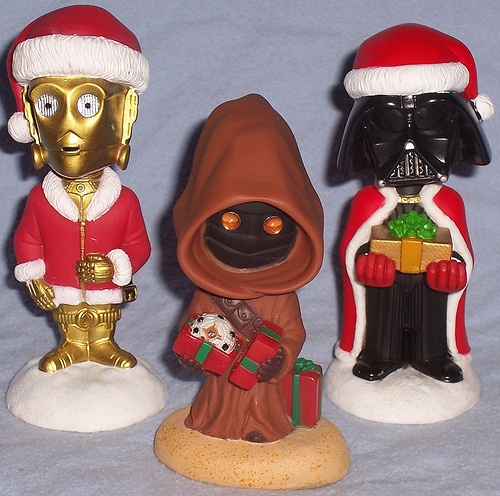 This nifty little representation of Dr. Seuss’s ‘The Grinch’ is spectacularly rendered. How? Is this real? The answer to both of those queries is, ‘How the heck should I know?’ All I know is it is damn cool. Even the package, which I can only assume is made from a scene from ‘The Grinch’ movie with Darth Maul’s head PhotoShopped is amazing. From what I understand you can (or could) have it from eBay for a mere 25 bucks! Nice. 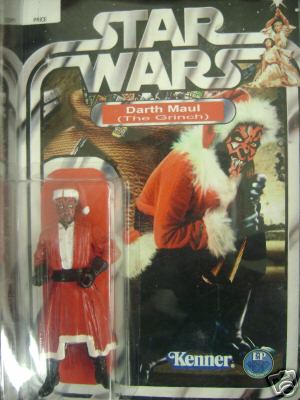 This particular bit of Star Wars-ian goodness has made the internet rounds, so it’s likely nothing new, but it’s still damn awesome. I can’t even get four walls of a gingerbread house to stand up, and, as Ron Swanson would say, ‘that would mean something if I were a six-year old girl’, so I can scarcely imagine myself attempting to get this bad-ass AT-AT to sit and stay. This is some epic work right here and hats off to the person who made it all happen. Yes, the title is linked, but I have no idea if that’s who did it. 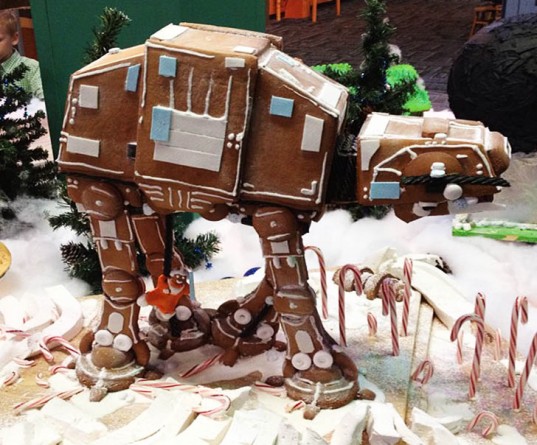 Now I know for a fact that this figure is indeed real. However, it was released in 2005 to commemorate a decade of the new Star Wars character line and is likely only still available in collector’s shops and maybe eBay. I almost bought one at FAO Schwartz in Chicago that very year, but even new they wanted something like 30 bucks for it. Somehow, and for some stupid reason, I couldn’t justify it. Damn I was stupid. 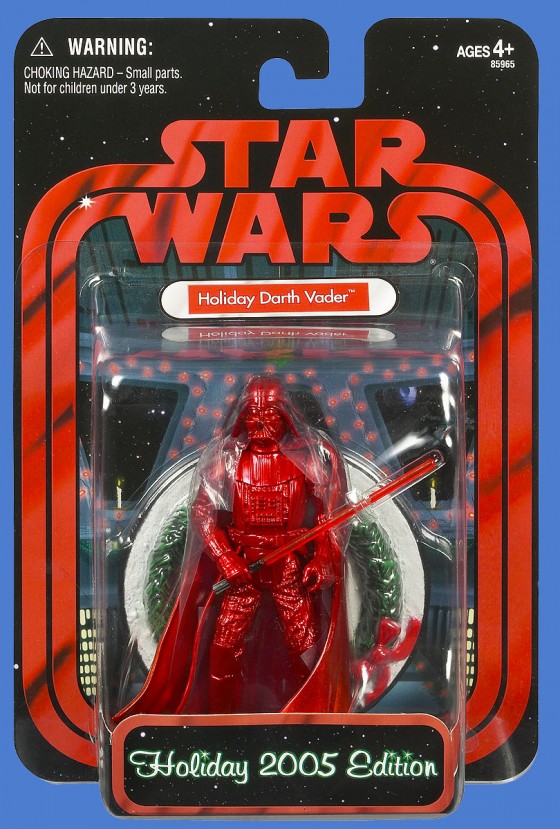 Sometimes it’s the homemade things (see the gingerbread AT-AT) that are the most amazing, and this triumphant LEGO ‘Reason for the Season’ is no exception. It features Luke and Leia as the Chosen Ones (Jedi Christs?), Greedo, Boba Fett, and IG-88 as the Three Wise Men, Vader and Padme as Joseph and Mary, and Chewie and an Ewok as, well, innkeepers… I guess. It is truly amazing and should be something everyone with a slew of LEGO should consider whipping up every year. 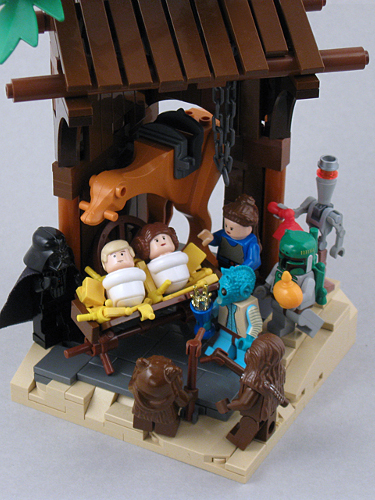 If you really are a Star Wars fan, then there shouldn’t be any reason why you aren’t adorning your house with strings upon strings of R2D2 lights! What a perfect way to say, ‘Hey! I love me some damn Christmas and I’m gonna shout it out with a damn ton of light-up Droids! What’re you gonna do about it?’ Nothing. That’s what. No one would dare say things like, ‘tacky’ or ‘what the hell?’ because Star Wars is universally epic! Oh, and these also come in Yoda! I have Yoda. On my porch. Ha ha. 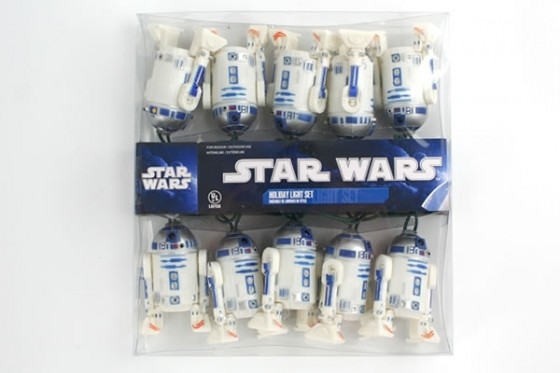 When Vader had a few minutes down time from throttling useless Imperial Officers and trudging all over creation for Luke, he liked to kick back on Hoth and play in the snow. Sort of reliving his younger years as the innocent and playful Little Anni. Ah what wonderful times he had… Sometimes he’d just lay around making snow angels that reminded him of his one true love, Padme… ya know, before he killed her like a damn jerk. But other times he’d make stuff, including a model of the Death Star! Then he’d pretend to chase Luke through the trenches, except this time there’s be no pesky Han on his ass… 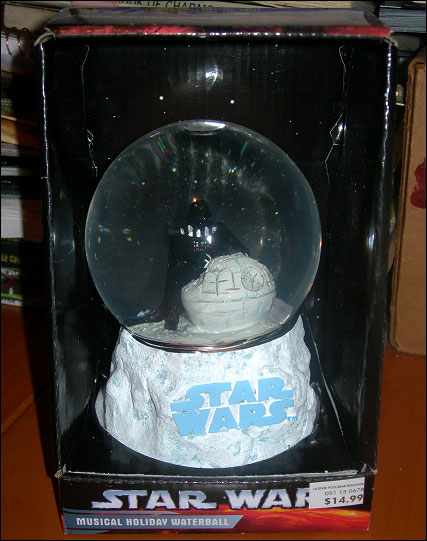 Though I’ve never really caught myself wondering what Jabba the Hutt tasted like, I suppose if he tasted like a sugar cookie, I’d be alright with that. Here we have the supreme collection of Star Wars characters all done in cookie form! Now I don’t know if there are specific molds for this kind of stuff or if this is all free-hand, but I do know that they are pretty amazing. I have, however, wondered what Leia tasted like… 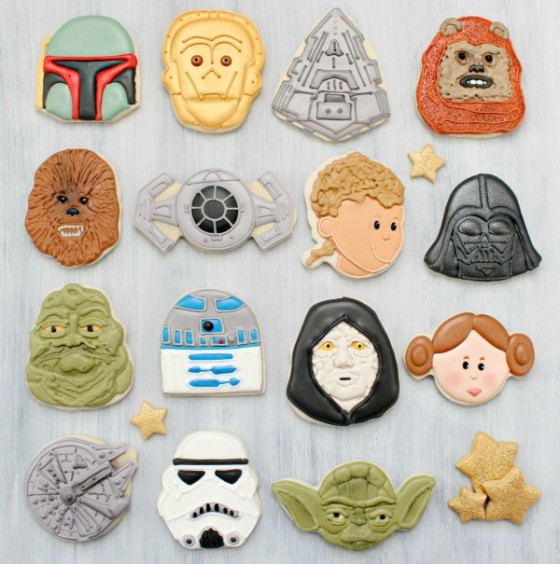 Though Fett had very little screen time over all, even with the re-vamped Trilogy, he quickly became one of the most iconic characters in the entire saga. He was brooding, sinister, and unafraid to sass back to Vader. All of that combined with just how damn cool he looked… well, you’ve got the makings of a prime piece of ornament fodder! That’s right, along with all the other Star Wars ornaments they make, this Boba Fett one just seems cooler somehow- even when using a candy cane as a gun. No one else could make that look cool, I tell you that! 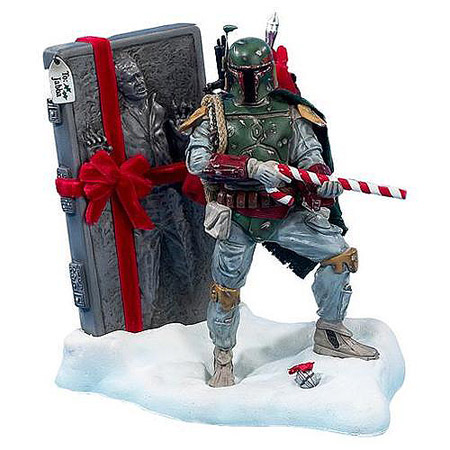 Filling your stockings with holiday cheer was never this much fun! Now, with Yoda and Darth Vader looking over your Yule Log, you just know that the epic battle for Light and Dark cane be waged all through the Christmas Season! Jeez, I sound like a QVC rep. Anyway, these really are pretty cool considering every other stocking choice is primarily the same and really dumb. I would definitely hang these two up in hopes that Saint Nick would stuff them with Star Wars stuff! Hey, just because I’m 40 doesn’t make me any less of a kid. 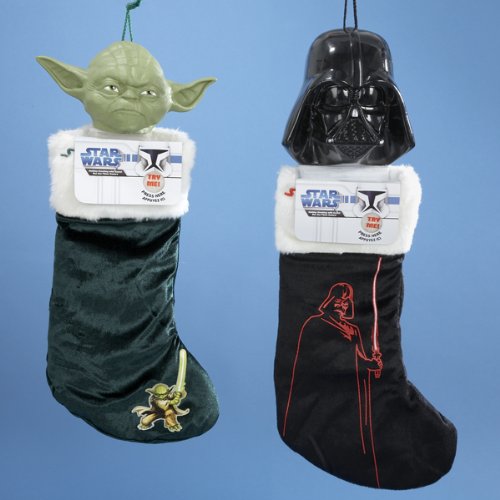