Media > Comics > Ten Kick-Ass Transformers Who Often Get The Shaft

Ten Kick-Ass Transformers Who Often Get The Shaft

When most authors of sites decide to do a ‘Best-of Transformers list they often, possibly under some form of duress, seem to use Transformers that everyone would have chosen. Eg: Optimus Prime, Megatron, Grimlock… you know, ‘The Standard Favorites’. Well, as cool as these bots were -and I’m not for one minute denying their appeal- there are definitely 10 others far more deserving of a placement on a Coolness List such as this.
Now, perhaps it was because the author of other lists aren’t nearly as big a fan as I was as a child; gazing at the TV through episodes every afternoon of the Generation One classics and the post-Orson Wells/Leonard Nimoy/dead Optimus toons, all the way through repeated theater viewings of the awe-inspiring original animated movie (and, to a lesser extent, the merely OK Bay-ified live ones), that makes these list fail. Or, maybe it’s just the simple fact that he or she scoured the net and just chose ones that looked neat. Either way, I can easily say that I have a far firmer grasp on Cool Transformers of the ages. Also I really enjoy tooting my own horn. Take a look at my 10. 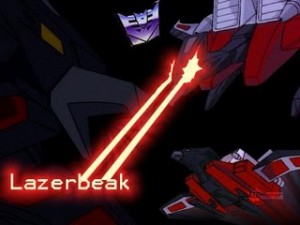 Few can argue the appeal of Soundwave (the Decepticon’s communications expert and resident electronics professional) and Blaster (The Autobot’s answer to Soundwave) as two of the neatest ideas in Transformer history. Each had the uncanny ability to ‘launch’, or ‘eject, as the case was’, free-willed robots and animals from their respective chest cavities as the very ‘boom-boxes’ they became. Each basically turned into more or less the same thing, yet both had quite different personalities and voices. But it was far more than those idiosyncrasies that made each special, it was the various critters each employed as its children including: Ratbat, Frenzy, Ravage, Rumble, Lazerbeak, Buzzsaw… the list goes on. These little guys were so cool, and the slew of them that eventually led each to have maybe half a dozen each was truly amazing. Fun toys, kick-ass toons, and very cool concepts. 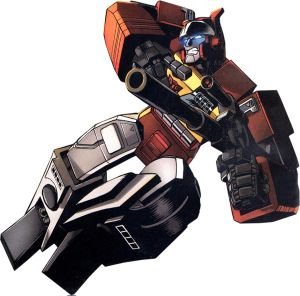 Okay, okay, I know that Soundwave came out quite a while before Blaster, and Soundwave holds the honor of having the first ever ejectable tapes that burst from his chest like Alien, but, it was Soundwave’s incredibly annoying synthesized voice that knocked him off this list. Yes, it was cool, but it just grated on my nerves and that, coupled with the simple fact that Soundwave was a massive ass-kisser who would switch allegiances to whomever had the upper hand speaks volumes for his loyalty. So, I chose Blaster, voiced by the amazing Buster Jones, and featuring (just a few) his own cassettes: Steeljaw, Ramhorn, Rewind, and Eject, Blaster held his own as the coolest communications expert of all. 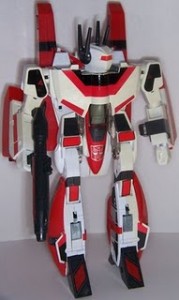 What was easily the best part of being a Decepticon, aside from perpetually attempting to kick ass and take names? Nearly a full 3/4’s of the team were jets! Jets are cool and, at least in this author’s opinion, far sweeter than cars and trucks! I was always the bad guys on this team when my brother and I played because I wanted to fly as a jet, not be tethered by gravity! Well, as it seemed, the Autobots (borrowing heavily from Macross) needed a supersonic jet on their team and found one by convincing the defecting Jetfire to join them. He instantly became a classic and, as he filled toy shelves, cost more than a pretty penny as well. Jets are COOL.

Coming in a close second on the annoying voice list we have the ever-destructive and always cool Insecticons. Featuring Bombshell (Rhinoceros Beetle), Shrapnell (Stag Beetle with his irritating yet catchy repetitive speech impediment), and Kickback (Grasshopper) as the original plague that fed savagely on energon cubes as well as anything metal… so, in this cartoon, everything. Eventually a few more bugs joined the group: Venom, Barrage, Chop Shop, and Ransack, and they all wreaked massive havoc on everything they came across. They were wicked, sinister, loyal to a fault (I kid, they were self sufficient and worked souly for themselves), and cool as hell. 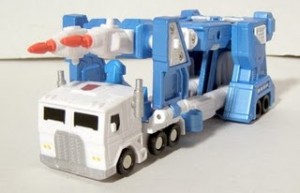 Voiced by the erstwhile and ever classic Robert Stack in the animated movie and Jack Angel in the American TV series, Ultra Magnus could have (and, by some opinions, should have) become the Autobot’s leader after the tragic demise of Optimus Prime. He was stolid, grounded, commanding, and incredibly huge, especially as a toy. According to Wikipedia: ‘Despite his incredible fighting skills, courage and unmatched talent for improvisation on the battlefield, Ultra Magnus is most comfortable when carrying out orders, and is naturally uncomfortable if the mantle of leadership should ever find itself placed upon him. In Ultra Magnus’s mind, he is a follower, not a commander, and his reluctance to change that will see to it that he expends all options before accepting the idea that he is required to lead. As a leader, Magnus would be resolute, fair and courageous, ever-ready to sacrifice himself for the greater good of his companions and mission, and unyielding in preparation for protection of those under his command.’ Now that is an Autobot through and through. 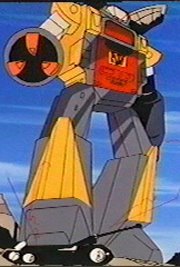 As the name certainly implies, the was a big, BIG bot. He was several things in one including a rocket-launching base of operations that other, full-sized Transformers would and could walk on just as though he were a normal, non-changable structure. He was also a tank and, of course, a gigantic rocket capable of, if necessary, taking out Decepticons by the bunch. He was also a barbershop, a disco, and a Panera. However, as size issues tended to be relative on the show, his robot mode was significantly smaller and only a few heads taller than even Ultra Magnus. But, that aside, he was so damn cool with a toy to rival all others. 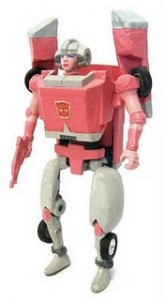 Among many of the other new Transformers that the original movie offered the public (see: Kup, Blurr, Hot Rod…), Arcee stood out as something entirely different: she was a female Transformer. Sure, one episode of the original series featured a handful of lady bots, Arcee quickly became the most recognized post-film. Appearing to ‘have feelings’ for the rebellious and teen-like Hot Rod, she soon discovered a closer kinship to Springer, the helicopter-car-tank Hero from the movie and later cartoons. Built to look pretty and voiced by cartoon great, Susan Blu, few can deny the appeal of a chick in a veritable robot sausage fest. And then came 2009’s Revenge of the Fallen Arcee attempt. And 1980’s children the world over wept openly. 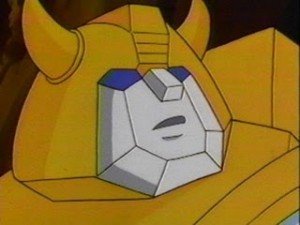 As much as I (for the most part) dug the most recent incarnation of the classic Transformers into the ‘Bay-built’ films from ’07 and ’09, I just couldn’t get past Bumble Bee not having been given his classic VW Bug appearance. Yes, there was that little auto shop homage as B.B.’s door knocks over the classic body design, but it just wasn’t the same. Bumble Bee was much like the younger brother to the older, more experienced members of the team and constantly strove to prove himself to them all, especially father-figure, Optimus Prime. He was a good friend to Spike and often got the pair mixed up into one adventure or another. I always identified with Bumble Bee a bit more than the others because, let’s face it, I looked a bit like him. A bit. I was yellow for a bit, too. Now that was cool. 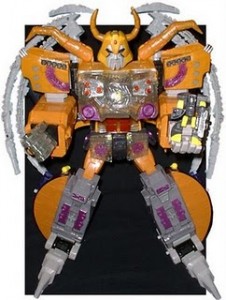 Few things just ooze coolness like a giant, planet-sized Transformer voiced originally by the amazing Orson Wells. Yes, I speak of course of Unicron: consumer of worlds, destroyer of Cybertron, and high-king bad-ass of the Transformers Film who would later go on to appear repeatedly as nothing more than a space-lost head. When the original toy was issued, it really wasn’t quite up to snuff considering its size was just too small. As impossible as it was to recreate Unicron’s massive girth, it was done as closely as possible a few years ago with a $100 Toys R Us exclusive. He was big and he was, definitely, cool. Bit O’ Trivia: This was to be Wells’ last film role, believe it or not. 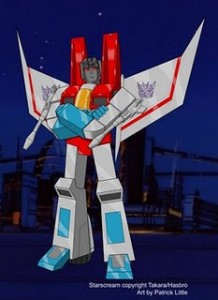 Defiant, loud-mouthed, bully of the Decepticon collective comes, by far, the coolest and most at once likable and detestable Transformer of all time. Ruthless, cruel, treacherous, and far more intelligent and sinister than any of the other Decepticons (aside from his tormentor and hated leader, Megatron), Starscream spent nearly every episode of the cartoon trying, frequently unsuccessfully, to usurp control from Megatron. Finally, as we saw in the film, once Optimus Prime brutally ruined Megatron and he was kicked from the weighted-down Astrotrain, Starscream immediately took over control of th Decepticons with few arguments from the ‘team’. Eventually, as he witnessed the rebirth of his once-leader as Galvatron, Starscream was brought to the ultimate justice as he fell at the feet of the very Decepticon he fought so hard to kill. Now THAT is cool. Oh, and he was voiced by Chris Latta, later well known for his roll as Cobra Commander. So Cool!