Ten Legends in TV and Film

Right off the bat, let me clarify the title just a smidgen. Obviously there are far more ‘Legends OF Film’ than just ten, so you can already assume this isn’t about actors and actresses. So what does that make it about? Legends as in ‘Falsehoods‘ that exist in Hollywood and TV that define and identify certain movies and shows so much so that when these are even brought up in conversation one can’t help but think of these weird occurrences. Hollywood inaccuracies exist for a great many movies; sometimes small legends, sometimes legends so huge that their presumed correctness has become hotly debated. So, sit back and enjoy some of those long-told ‘facts’ that really aren’t. Oh, and all the thanks in the world for the research Snopes.com provides that pretty much gave me the freedom to just write rather than investigate.

10) A Ghost Haunts Three Men and a Baby

In this first legend, it is assumed and told around the Hollywood campfire that the spirit of a deceased little boy haunts a scene in the Danson/Gutenburg/Selleck classic, ‘Three Men and a Baby’. In the image provided, you can plainly see a ‘ghostly’ visage hiding behind a set of curtains. Well, as most stories go, this one has very little truth to it. The only factual bit of evidence is that it does, from a certain perspective, look like a boy… all the rest is just coincidence. As it turns out, the ‘ghost’ is nothing more than a cut-out stand-up of Danson’s character seen previously in the film. Oh well, it was cool to assume otherwise. And besides, how cool would a ghost of Ted Danson be? Very, that’s how. 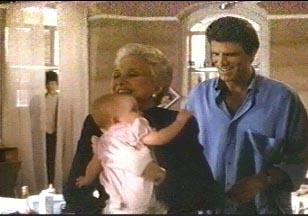 Not too long after the release of the original Star Wars movie -as was the fashion with many an entertainment franchise- a series of collectible trading cards were making the rounds. Each card featured a scene from the movie along with a stilted synopsis of what was going on at the moment. The most famous of these cards was the outright bizarre and completely shocking ‘C-3P0 with a raging hard on’. What? I don’t remember that scene in the movie! Did we witness some odd droid porn going on in the background. No. Thank goodness. What we did see was the protocol robot sitting in such a way as to appear to have a massive cyber-dong. But, this is the stuff of rumors, ya know? 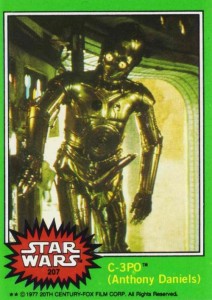 Jill Masterson stars in Goldfinger, a Bond film along side Sean Connery where she ends up (spoiler) betraying her boss. In a turn of sinister and sadistic retribution, Auric Goldfinger coats his former gal in a body’s-worth of gold paint thereby killing her via the silliness of ‘skin asphyxiation’. Though not the rumor itself, the legend is exactly the same thing only occurring in real life. It is said that an actress originally portraying Masterson’s part died the very same way. Sorry, never happened. It is nearly impossible to die if your skin is covered with anything of asphyxiation as long as your mouth or nose is open. Not possible. Now, allergic reaction or over heating, there’s a possibility. But this one: fake. Man, I want a dead golden chick in my bed… wait. 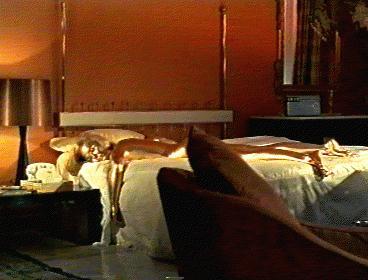 7) What’s in the Briefcase?

Pulp Fiction is quite possibly one of the greatest, most highly quotable, and most admired movies to come out in the nineties. It is, some might suggest, Tarrantino’s crowning achievement (these people have never seen Inglorious Basterds). Anyway, one of the key pieces of plot is the briefcase that Marcellus Wallace carries, and then Jules Winfield and Vincent Vega. The rumor is that it either contains Wallace’s soul, or the Holy Grail. These stories have been told and told time and again and, unfortunately, the truth is rather quite lackluster. According to the Director/Writer himself, it’s merely a clever, unidentified McGuffin. Basically: there’s nothing of anyone’s actual knowledge in the case. Even if you do believe that Wallace’s head bandage and the case’s combo being 666 elude to the fact of devil play… well, stop. You’re wrong and so is everyone else.

6) The Lion King Loves the Sex

Disney holds high esteem as the one studio that consistently gets ragged on for misinformation and faulty visuals that often create incorrect assumptions. Take for instance, the Lion King. During the film, just after Simba reaches adolescence, there is a scene where the would-be king and his friends, Timon and Pumba are laying around when Simba relocates, flops down, and creates an animated puff of dirt that could, if viewed perfectly, kinda, sorta spells ‘SEX’. Now, I can’t dispel this as pure coincidence and neither can anyone else, but it does bring us to…

I actually have a bit of personal experience with this one, so I’ll relay my story and you be the judge. In the Summer of 1991 my family and I were on a vacation in Disney World. My cousin and I had tickets to a ‘Behind the Scenes’ tour of the animation department on grounds. At that point it had become widely known that the recently released video cassettes of The Little Mermaid had a castle on the cover with spires that looked, remarkably, like huge cocks. So, I took it upon myself to ask our tour guide if she had any idea what I was talking about and what the deal was. She laughed and blushed since I used the word ‘cock’ (kidding) and told me she heard (yeah, right) that the person responsible was to be sacked very soon, caught wind, and dropped a big ‘Fuck you’ to his bosses. Oddly, Snopes has the EXACT same story. So, they went to Disney World too and took a tour of the animation department? Uh… I guess. Yeah, it’s phony. 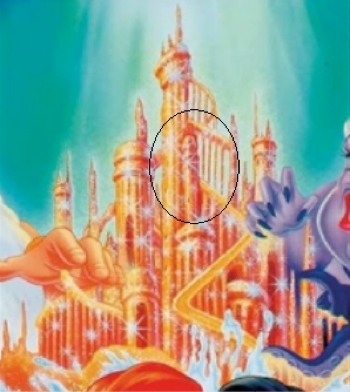 4) The Rescuers is Tits

Finally, from the folks at Disney, comes a rumor that is actually true… unfortunately, the only way you’re likely to see these images are right here since they’ve been removed from any and all copies of the film The Rescuers. Well, unless you own an older one, I guess. Roughly 38 minutes into the movie, we see Bernard and Bianca aboard the Albatross in a sardine can. In rapid succession, in only two scenes, we see a window featuring a rather voluptuous, chesty woman open to the breeze, as it were. Yup, their there and yup, you can see ’em. NSFW, obviously. 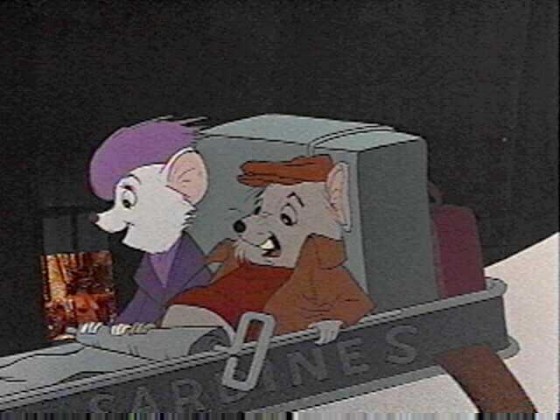 Children all over the place have grown up, and even grown on, watching the adventures of a dog named Blue and his owner, Steve talk to anthropomorphic dressers, mail boxes, salt and pepper shakers, and even other animals. But when it was written in the story for Steve to go away to college, his on-screen brother, Joe took over the reins. This, much to the chagrin to many, is how the show is seen even today. But did Steve leave due to either a heroine overdose, arrest for drug possession, or some combo of both? Well, according to rumors he did. In fact, it took the appearance of Steve himself as well as the show’s producer to make the rounds to dispel the fallacy. Steve is, as of this writing, alive and well performing with his band. Oddly it is a punk band and they’ve made albums called Songs for Dustmites and Deep Sea Recovery Efforts. Oh, and he shaved his head. 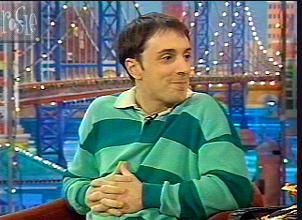 Though the Happy Days spin-off was less than a hit over here (that in the US, kids) Joanie Loves Chachi was, presumably, a huge smash over in Korea because, apparently, ‘Chachi’ means ‘penis’ over there. So, since the name ‘Joanie’ is understood in Korea, who the hell wouldn’t want to watch a network show featuring a lovely lady enjoying the schlong? Well, unfortunately, not only was this show not aired to the normal Korean household (it was strictly on the Armed Forces Network) thereby not making it the highest rated show, but also, as it turns out, ‘Chachi’ is only a close approximation of a word that sort of sounds like Penis in Korean. Chachi was a dick, but not like that. 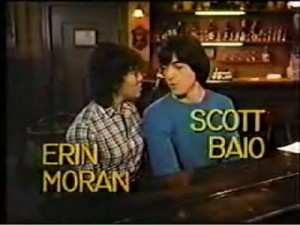 1) No Munchkin Hated Himself That Much

Perhaps one of the most notorious legends in Hollywood is the story about the suicidal Munchkin in the Wizard of Oz. No matter how many times this rumor is shot down, regardless of its obvious scores against the fictional occurrence, people still believe that, while dancing on the Yellow Brick Road, Dorothy et al remain oblivious to the fact that a poor little Munchkin takes a dive from a prop tree and strangles himself.

What, you missed it too? Well, as you can see in the video, there is some odd activity going on in the scene there. And, I suppose, to those looking to see something freaky and out of place, you could almost mistake what’s happening for some downtrodden, dangling dude. But, I promise you, it’s nothing nearly that amazing. It is, however, a stork’s wing stretching and nothing more. Look closer, you’ll see. In the movie there were hundreds of animals meandering around the set as props and one of the storks managed to get in a main shot and move… God forbid. So, just like the rumors always do, this exploded into a phenomenon. Trust me when I say, if you’ve ever seen this movie on the big screen, it’s pretty obvious. Sorry.