Nobody likes reality. The real world sucks, is typically rife with boredom and inanity, and people are -typically- colossally stupid. So why not start living your life according to the lessons learned in everyone’s favorite fantasy world: Cartoons! As escapes from the doldrums of the everyday malaise of normalcy go, cartoons have got to be a real close second to mushrooms and pot. Where else can you watch animated cats and mice, anthropomorphic kitchen utensils, and talking rabbits -while laughing like a lunatic- without being questioned about your current state of mental stability? Nowhere, that’s where.

But what lessons can we, as flesh-and-blood humans take from cartoons? How about what lessons CAN’T be taken? There are answers to virtually every question and outs to every situation in cartoons. There are slick ways in which to outsmart and outwit anyone, and you even have very little chance of dying! What a deal! So let’s take a look, shall we, at ten very important life lessons each of us can discover through the greatest teachers of our lives: Cartoons.

1) Every Wall is a Brick Wall

Fortunately this can be much more useful than an actual detriment. It might sound like you’re trapped, you’re surrounded by a huge wall and you’re literally about to get disemboweled by roughly thirty dogs. Now what? No problem! Just start scrabbling like a madman at that seemingly innocuous wall and soon -once you get past the thin paper and plaster- bricks! Oodles and oodles of loose, wobbly bricks! Thankfully they’re really easy to claw through and, if you’re really lucky, you can wing a couple at your pursuers and knock them silly! Bricks are everywhere! In fact, what was the one minor preventative measure that kept the giant Dip tank from penetrating into Toon Town in ‘Who Framed Roger Rabbit’? A brick wall. 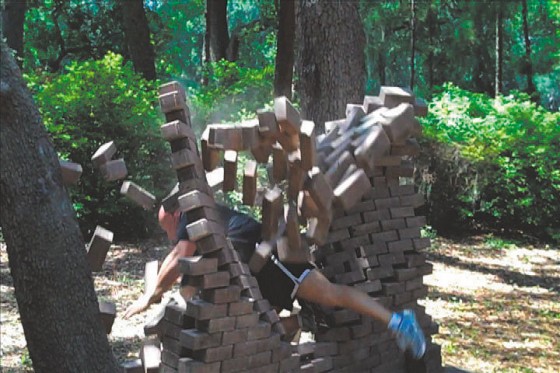 2) You Can Swallow Anything

Since we’re suspending disbelief anyway, let’s assume for a second that you just, inexplicably, swallowed a magnet the size of a horseshoe. Running is not going to do you much good when you’re escaping through a kitchen full of razor-sharp steak knives, grill forks, and meat cleavers. As you can imagine. However, on the plus side, this unbelievable ability to consume and, eventually, swallow things roughly six times the size of your stomach can be advantageous especially when faced with a massive buffet spread when you have about ten seconds to eat all you can before the cat catches up to you. Just try really hard not to choke down that sparking piece of ‘fruit’, because it’s likely not a cherry. It’s a bomb. But don’t worry too much about it, it’ll just make you belch smoke. 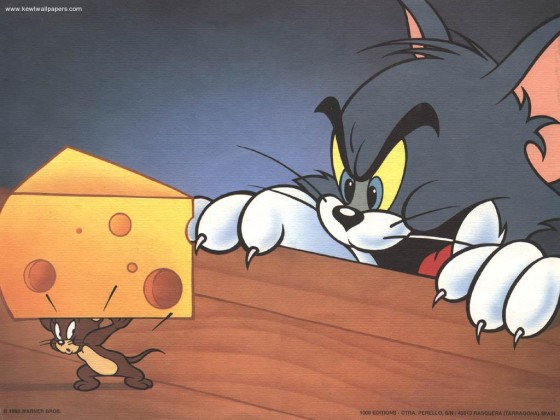 3) Body Parts Can Be Lost & Reattached

Lucky for many cartoon characters, especially those with long tails, any personal damage can be righted with little to no consequence. For instance, if you get an arm or a leg caught in a position where something devilishly sharp is moments away from turning your limb into little, bloodless medallions that your antagonist might use as Poker Chips or hockey pucks, it’s best not to pay the situation much mind. As long as you can gather together the pieces over the course of your day, they are easily reassembled into the exact size and shape of the object with little more than a bandage. It’s cool, you’ll be fine. 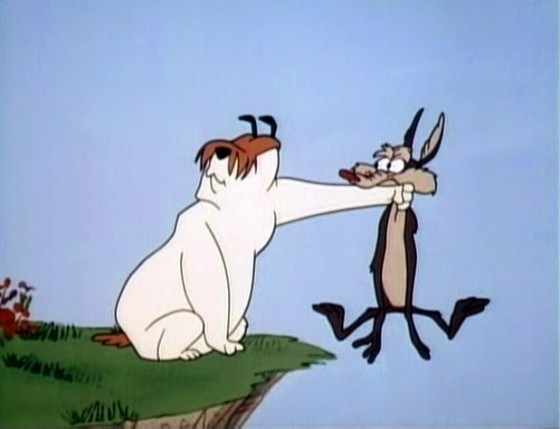 4) Falling and Noticing Your Fall is Relative

Ooh, sorry buddy. Looks like you’re about to plummet multiple stories to your untimely demise after foolishly scrambling off that misplaced steel I-Beam. Yeah, I’m afraid it’s likely curtains for you, pal. Well, as it turns out you do have one saving grace: don’t look down. In fact, don’t even let Gravity know you’re hanging in mid air because the moment you do, it’s all over. If your willpower was strong enough to completely ignore an entire law of Physics, you might be able to walk across the sky from one building to another, most likely. But that one fleeting moment you ask yourself how it could possibly be happening, and you -for one second- lose your mind to the overwhelming sense of improbability, you’re doomed to live out the next few minutes in a frantic free-fall and an eventual conscious splatter. 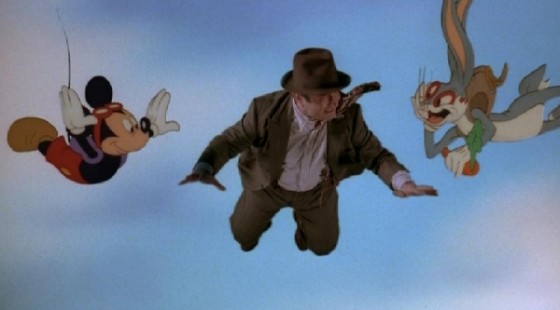 The best and worst part about getting clobbered in the melon while abiding by cartoon law is the size and relative length of the ensuing head lumps. Even something as minor a bat to the brain pan can result in a two-to-three foot conical contusion jutting straight up. This is especially inconvenient if you happen to be wearing a hat (likely a Bowler or a Pork Pie number) because that thing’s gonna shoot straight up and ring that throbbing mountain like a horseshoe. But the good news is, despite the fact that this makes absolutely no sense, your lump can actually be pounded right back in! All without causing you any further damage and with just minor discomfort! However, if done wrong, the bump will just move to a different part of your head. It’s worth it, though. 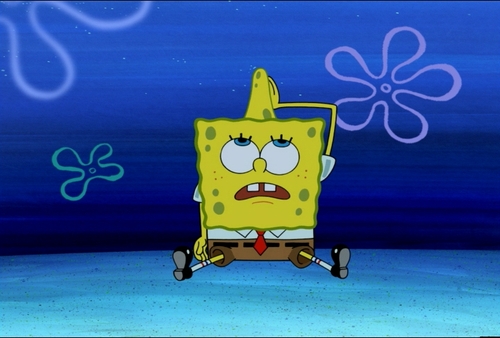 6) There is Always a Pie or Weapon Handy

It happens a lot when governed by toon Law that you are suddenly in need of an object with which to exact ridiculous revenge on your pursuer. You have several options at your disposal, but it’s wise to think these objects into reality a few moments before you actually need them. Wait, what? Well, yeah. How the hell else can you explain the sudden appearance of a virtual tool box full of bizarre items? So, you’re being chased by a massive mutt the size of a bulldozer with so many teeth in borders on insanity, what are you going to do? Pie. Just reach somewhere out of view and grab a pie. The style and flavor doesn’t matter, just so long at it’s a pie. Why a dessert pastry? Because it’s far funnier rather than just waylaying him with a mallet. Although, that’s an option, too. 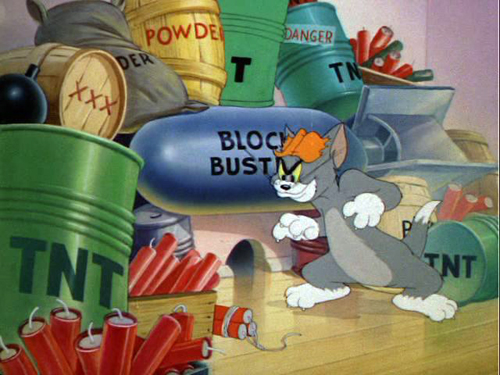 7) Eyes Determine How ‘Out’ You Are

Sometimes there’s a third person who won’t leave you alone. But, this third person also happens to be a friend to the little guy you’re attempting to squash. So what’s there to do? It’s time for sleeping pills. Stop in your tracks, hold up your hand, and dump a shitload of pills right down the dude’s throat. Nighty night! But you can you really be sure that he’s out? Why lift up his eyelids, of course! You’ll know he’s done in when words appear on his eyeballs such as, “TILT” or “OUT COLD”. Then you can go on about your business without a squeaky third wheel. Oh, and this also seems to happen if you smash a guy hard enough with a humongous mallet. 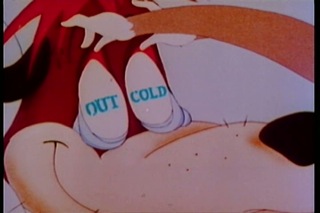 This happens quite a bit. But the most classic example is, once again, in ‘Who Framed Roger Rabbit’. The scene is in Dolores’s diner and in comes Judge Doom and the Weasels with a truck full of The Dip. Doom snatches Roger by the neck and is seconds away from dipping him. Suddenly, Eddie offers Roger a last respite before he’s permanently erased. The Judge agrees, but Roger doesn’t want it. Eddie insists. Roger says no. Back and forth for a few minutes until Eddie realizes it might just work to tell Roger that he really does want it by saying he doesn’t. So Eddie says ‘You DON’T’ to which Roger says, ‘I DO!’ and swims down the booze. The end result is one of the craziest scenes ever, but the point is, reverse psychology really can work. 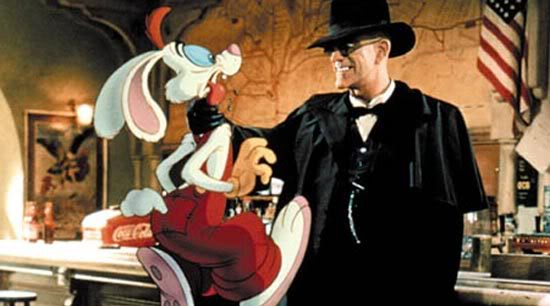 9) You Can Stop a Gun with a Finger

So now you have a shotgun in your face. Man, this never ends! In a normal reality this likely can only possibly end one of two ways: death or not death. Fortunately, you’ve decided to live in a world where toon Law rules. Lucky you! Just before your assailant pulls the trigger, jam your fingers right into the end of the barrel. Trust me, it’s not going to kill you. Sure. it’ll hurt and your fingers will throb like crazy for a minute, but at least you’ve prevented yourself from being shot. And if you’re really lucky, just with the plugging power of your fingers you’ve turned the gun into a twisted metal banana peel. Hurray! But don’t worry, apparently guns can be bent in any direction determined wholly by the target. Lucky you. 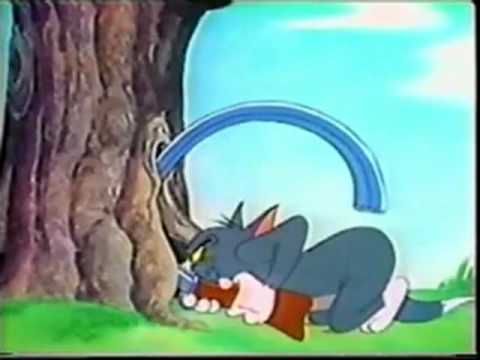 Okay, what the hell is Castor Oil? You see it all the time in cartoons, some person has a bottle of Castor Oil and threatens to feed it to an unsuspecting animal. But how bad can this stuff be and is it even real? Yep. And, oddly, it’s not quite as bad as it’s portrayed yet it has been used in horrific ways throughout it’s history. Rather than re-write all it’s storied history, go check it out Wikipedia. Now aren’t you glad you finally know what this crap is? 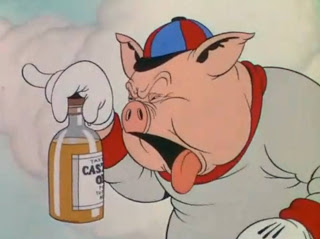