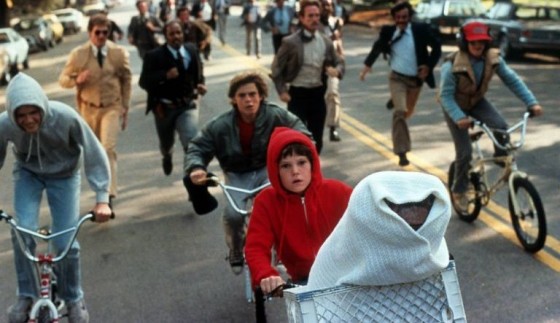 Before any of us were afforded the privilege to drive a car, bicycles were our go-to mode of transport. Whether a boy or a girl, most everybody has fond childhood memories of somewhere they went riding their beloved two-wheeled friend. Bikes allowed us to escape the watchful eyes of our parents and explore new found territories. They also made it easier to get to your best pal’s house who lived a few blocks away. Whatever the case, bicycles have played a significant role in our lives. That concept is demonstrated poignantly in one of our favorite flicks of recent years, The Way Way Back. 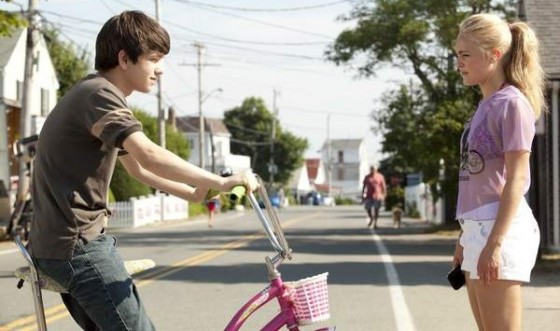 While Duncan’s borrowed bike is certainly one prime example, there are plenty of others on the big screen that we could offer up as evidence. Movies often hold a mirror up to society, so it should come as no surprise that tons of flicks have woven bikes into their plots. Here are ten of the most memorable.

Eric Idle channels a little Monty Python playing a frightened bicyclist who continues to fall victim to the zany antics of the bumbling Griswold clan. Including getting run over while riding his bike.

Local boy Cru Jones must defy the odds to win a BMX race called “Helltrack” versus a douchebag pro rider. It’s pretty much The Karate Kid on bikes. Except not as good.

Kevin Costner sports a pornstache to play a doctor who talks his troubled brother into joining him on a race through the Rocky Mountains. Oh, and he has a brain tumor.

Remember the awful Tom Cruise movie Cocktail? It made bartending look like the best job in the world. Quicksilver does the same for bike messengers who work in New York City. It’s classic ’80s fluff.

When Miss Gulch rides her bike up the road to take away Toto from Dorothy with that famous music playing on the soundtrack, the word “bitch” comes to mind. It’s a great scene from a great film.

Dave Stoller loves bicycle racing and Italy. He also loves his fellow “Cutters,” which is the name given to the lower class townies by snobbish Indiana University students. The climactic Little 500 race still kicks ass.

Little E.T. was a great pal. He was handy around the garden and could turn bikes into flying machines. He and Elliott’s trip to the moon accompanied by John Williams’ rousing score still gives chills. Ah, to be a kid again.

Vittorio De Sica’s neorealist classic is without question one of the greatest films ever made. The father and son search for a stolen bicycle through the streets of Rome is storytelling at its finest.

Pee-wee lives for his bicycle. And why shouldn’t he? It’s got a shark fin spoiler, fancy bell, a lion roar horn and rocket boosters. Best movie bike ever? Name one that’s better. Can’t, can you?