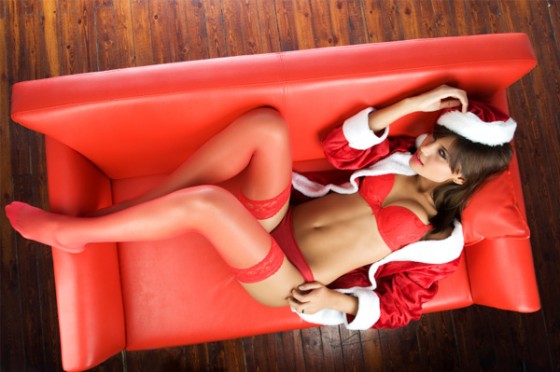 Some folks know how to do Christmas right...

There’s nothing I do better than malevolence. It may or may not be acted on as much as I might appreciate, but the opportunity to spread the joy of malice through the vehicle of sarcasm is a definitive window to do just that… to let folks know just how much you don’t care in a way that could, if explained properly, be viewed as an attempt at sincerity.

The holidays are the supreme event of such opportunity on the calendar…. one occasion when a gift can rarely be viewed as odd and, if done properly, in the vein of insult and mockery.

(Note I would never engage in such behavior myself… I love my work and have no ill will towards anyone I know personally  – I’ve never met Alex Rodriguez, Glenn Beck, Justin Bieber, any of the Palins or the petri-dish rejects from the Jersey Shore – but I know many of you may feel differently. Better yet, you may have recently lost a job and you might discover inspiration in dreams of retribution.)

Here’s the top ten gifts I’d suggest for those looking to send a message this holiday season. Please note… cards are optional. 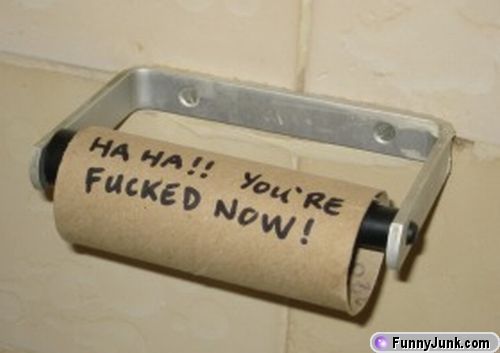 Its rather childish, rates pretty low on the intelligence/deviance scale… but toilet paper is always a convenient and practical gift for someone worthy of mixed message.

Maybe your suggesting a co-worker smells like shit because he doesn’t wipe his ass enough. Maybe you want to tell someone they’re full of shit. Maybe you just want to tell someone they’re butt… whatever. You can get it at any store around,  you can go small or large depending on how loud you want to be in telling this person to wipe their ass, and in the end the product will probably get used and, in an odd way, appreciated.

Its amateur hour but it works.

The kids are all addicted to Shake Weight! Why not jump on board?

My favorite… “Throw it in your left hand and build it up so both feel the same, you fuckin’ cock knocker.”

No… I’m not suggesting you get your family an illegal to patrol security outside of the homestead (yes I am, if you can afford it… especially if you have a big-ass yard or if you live in an area known for snow).

Animal heads carry a definitive tone of evil and could only be viewed as a threat… unless you happen to be a hilly billy-ass redneck that would actually give away dismembered animals as gifts. Then its still creepy but much more humorous.

Otherwise, you better watch your ass giving away animal heads around the office. Get caught with that shit and you’re lookin’ a minimum of one year in anger management, and that’s if you work at an employer whose kind.

Worst cast scenario, you’re labeled a Satanist and accused of plotting to kill the entire office, taken into custody and put through a series of psychiatric evaluations that would destroy anyone’s sense of confidence. 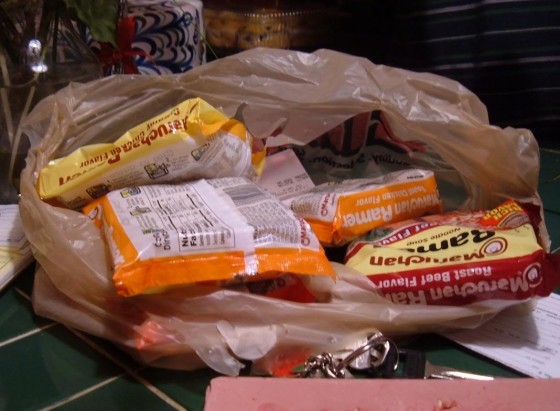 Ramen Noodles are, for my fellow sports fans, the Arian Foster of this list. You simply do not appreciate them enough.

Here’s the beauty of Ramen Noodles.

2) They send an undeniable message: I’m broke as fuck and I have no fuckin’ money to speak of whatsoever. In fact, I’m so fucking broke that I have to admit I’m broke to give you a gift that is totally insulting and void of sincere thought into your needs and/or desires. Its a gift that yells, “I couldn’t give a fuck less about you, and even if I did you can fuck off because I’m broke, mother fucker. So here ya’ go.”

3) You can give these to your boss, in front of the entire office… do it with a straight face and look that son of a bitch right in the eye… and sell it as a sincere gesture of gratitude and appreciation. Not only is he forced to see how underpaid and unappreciated you are, but he can’t call you on it because doing so would suggest he’s biased against you for living on a budget and that he’s incapable of compassion for your poverty… and then you can sue. You can go to HR, threaten lawsuit, and GET PAID, BITCH!

However… understand there is a segment of the population that will appreciate these, even though they are cheap. About 10% are of kind heart and respect the gesture for what it is. The other 90% crave sodium and are getting high with regularity, so Ramen noodles are convenient and now he doesn’t have to get off his lazy ass a buy ’em.

Speaking of getting high… 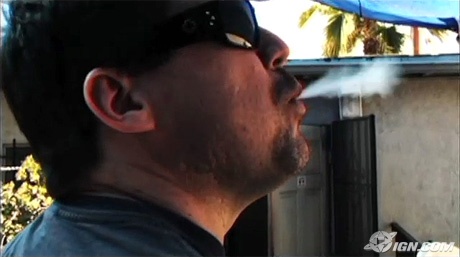 Come in 45 minutes early and drop a vaporizer on someone’s desk, and don’t attach your name to it in any way. Insure you are not seen, heard, or identified. Drop it and run.

Then show up 10 minutes late when you come back around and see what’s the haps.

You will learn a ton about whoever you do this to in that hour. You may find a new friend. You may find leverage. You may find the law (if things go horribly wrong). Regardless, the message is clear… kind of. 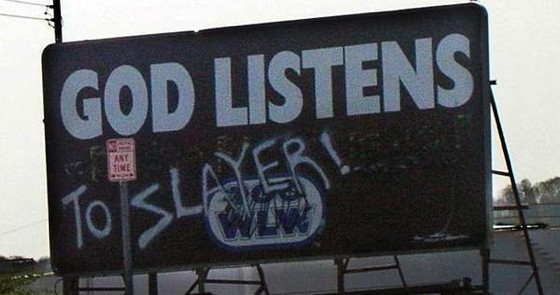 The Power of Music.

I’ve done this in earnest and as a joke, and regardless of the outcome it’s money well spent. Putting a Slayer disc in the hands of anyone with knowledge of music or pop culture can be a very revealing experience.

For myself, it goes like this… you lay the disc on whoever and look ’em right in the eye, and say, “I’ve enjoyed having it in my life and thought you might as well.” Either they smile and are sincerely grateful (it happens, and you have a connection on some mundane level… its relatively positive so long as you aren’t invited to join the D&D circle with a bunch of cat-killing dweebs), or they stare at it with a look of disgust, at which point you can take it back and know that person is a total asshole.

And you get  a Slayer disc. Winner. 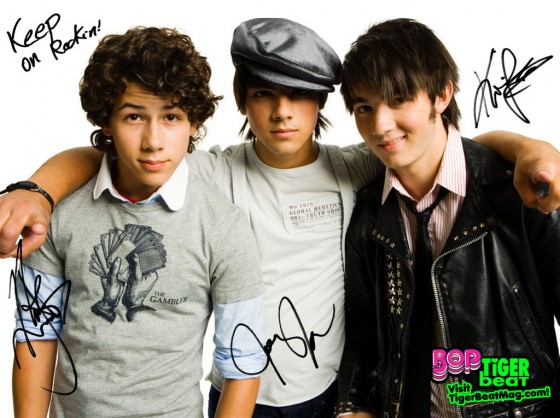 The message in this gift, when given to an adult, is crystal clear…

“I think you are a pedophile and I hope you fucking die a slow and horrendous death.”

The message in this gift, when given to a kid who is not your own, is also crystal clear…

“I can’t be trusted and I should be drawn and quartered because I’m a fucking pedophile.”

With those rules in mind, you should act accordingly. 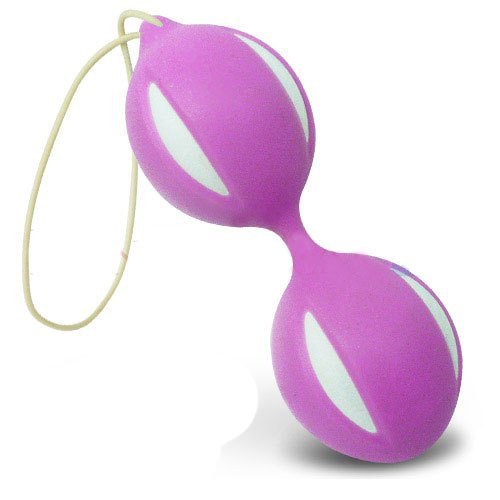 This is another dangerous one… consider a good portion of you might be looking at that pic and are wondering, “What in the hell is that?” and you understand how this message can be horribly misconstrued.

More often than not the asshole you drop these on won’t have any idea what it is, and they’ll flash it around and will probably be laughed at, thus it turns into a humiliation scene and that’s that. That has a defined focus group: don’t give these to folks that can fire you or kick your ass. One or the other is likely to happen once the truth comes out.

However, if you drop ’em on someone who is hoping to get ’em… someone who wouldn’t reveal they received them but who might seek out the kind bearer of gifts…

You know what? Never mind. Fuck that. Don’t do it. It seemed funny at first… the more I think about it, the more I struggle to see a positive end.

Get ’em for your girlfriend. THAT is a message I can respect. 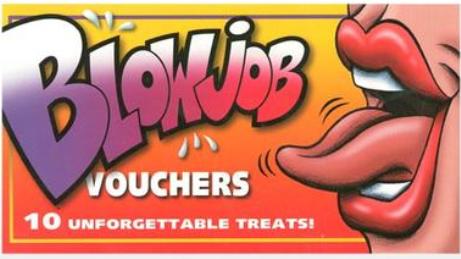 That's one message... one of millions.

If there is one fad in gifts that I would rate as the most underrated in terms of value and respect, it would be the Relationship Coupon. The beauty of the relationship coupon: you can be as blatant and direct as you want.

Take the one above. That’s a message, not only for the one giving the coupon but also for the one receiving. If you are in any kind of relationship at all, you know have an answer when asked what you want from Christmas.

Now they can do that for you. You can ask, they cane fulfill… it’s the best version of a Santa wish list I’ve ever seen. 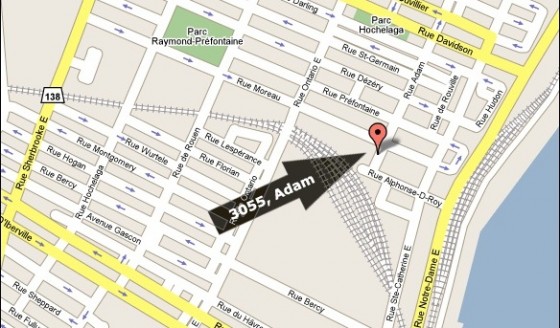 A nice, simple, framed picture of someone’s house. Give that as a gift to anyone. If they have any sense at all, they will understand and will be kind for the years to come. You’ve reached an understanding… so cheers!

Or, if they don’t have “common” sense, they may drawn down on your ass and put an end to ya’ with that nine milly… if you bark like a dog you might get put down.

I only promised these gifts would send messages… I didn’t say they would be positive.