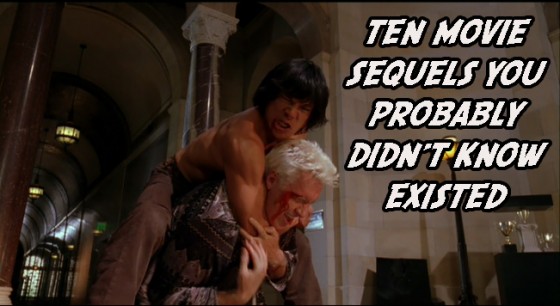 Hollywood’s obsession with sequels has never been stronger. This summer alone features new installments of Fast and the Furious, Pirates of the Caribbean, Kung Fu Panda, The Hangover, Cars, Transformers, Harry Potter, Final Destination and Spy Kids crowding multiplexes across the globe. The need to milk a quick, easy buck from tried and true properties remains at the forefront of the corporate strategy consuming the business of filmmaking.

As bulletproof as sequels generally are, not all of them end up ringing the cash register at the box office. These ill-conceived calamities fail miserably or never even see a theatrical release, instead finding a home in the rotting garbage pile that is the direct-to-video market. The original films carry a certain amount of clout. Their bastard children, not so much. Here are ten such stinkers you might not have known existed. 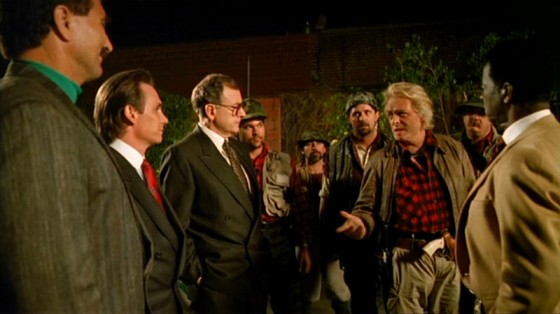 Alligator is one of the few Jaws clones to achieve a fair amount of critical success as well as a rabid cult following. So much so that it spawned this horrific bomb eleven years later (1991). The only thing it shares with the original is the title and plot. However, the latter is nothing more than a poorly executed retread. Amazingly, the 1980 special effects easily trump the ’91 effects. 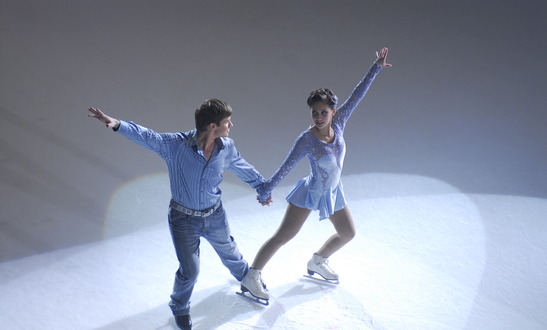 Believe it or not, the 1992 D.B Sweeney-Moira Kelly romance on ice figure skating extravaganza launched a trio of terrible sequels in 2006, 2008 and 2010 with clever subtitles such as Going for the Gold, Chasing the Dream and Fire & Ice, respectively. All three were made-for-TV productions that aired on ABC Family. Why someone decided to restart the franchise 16 years later remains a mystery. 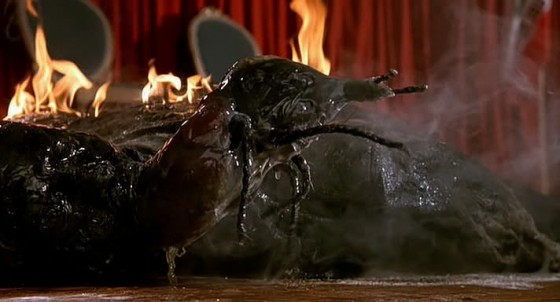 The first flick from 1987 was a underrated sci-fi sleeper starring Kyle MacLachlan as an alien cop tracking a villainous alien criminal on the streets of Los Angeles. The 1994 chapter picked up where the original left off without MacLachlan and any semblance of story or quality acting. This got the direct-to-video treatment, which was more than it deserved. It’s mind-numbingly bad. Here’s the German trailer (which actually makes it sound awesome). 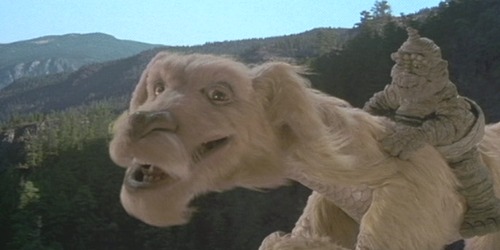 The above picture of what looks to be a turd straddling an efeminant Falkor tells you everything you need to know about this abomination. After the second film (made in 1991) fell flat, one would think producers would steer clear of subjecting audiences to another miserable offering. Sadly, that wasn’t the case. The third chapter, called Escape from Fantasia, is the definition of “utterly unwatchable.” And yes, that’s Jack Black playing a leather-clad bully. 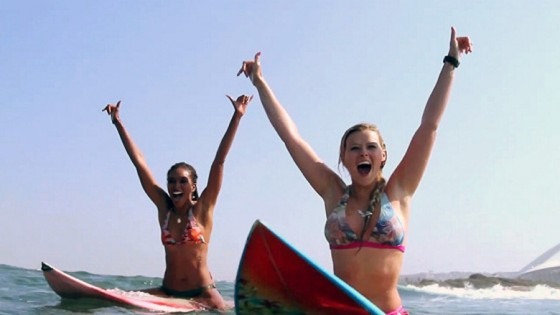 Back in 2002, Blue Crush turned Kate Bosworth into legitimate spank bank material. Watching her sashay her tight little body around in bikinis for 100 minutes was a welcome distraction. A few weeks ago, Blue Crush 2 suddenly appeared on DVD shelves. It stars none of the original cast and is so obscure it has no Wikipedia page (blasphemy!). It’s about hot chicks surfing — what else do you need, really? 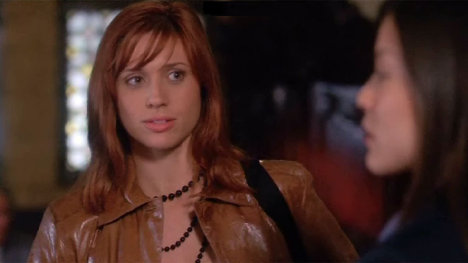 Not to be confused with the Minka Kelly-Leighton Meester vehicle The Roommate, released earlier this year. No, this straight-to-DVD catastrophe festered 13 years before being unleashed on an unwilling public. It makes late night Cinemax flicks look like Academy Award winners. I watched the first thirty minutes, then spent the rest of the day contemplating suicide. Here’s the only part worth seeing. Yay, semi-nudity! 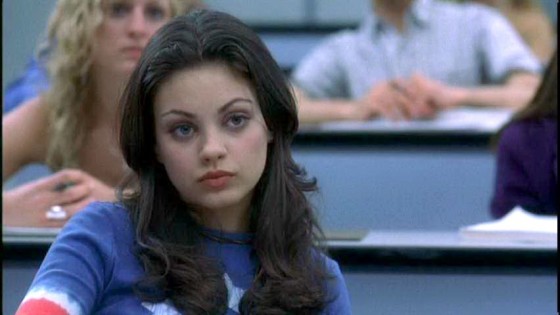 Mila Kunis and William Shatner in a movie directed by Morgan Freeman? Yup. Well, in truth it was helmed by director Morgan J. Freeman, not the Oscar-winning thespian. Anyway, Kunis plays a surviving victim of Patrick Bateman who grows up to go on a kill crazy rampage while attending college. The filmmakers actually had the audacity to recast the Bateman character made famous by Christian Bale with some tool named Michael Kremko. To be fair, that’s the least of the atrocities perpetrated in this malignant misfire. 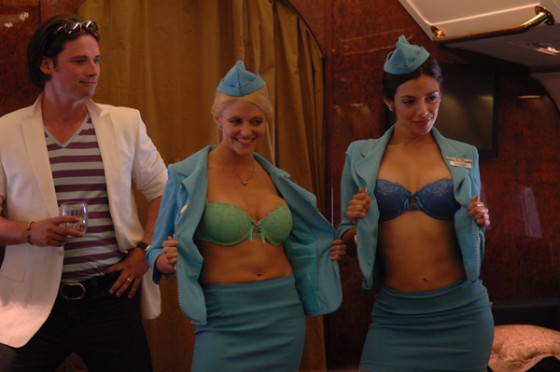 Lest you think this isn’t associated with the classic Tom Hanks laugher from 1984, take a gander at the posters for both movies. 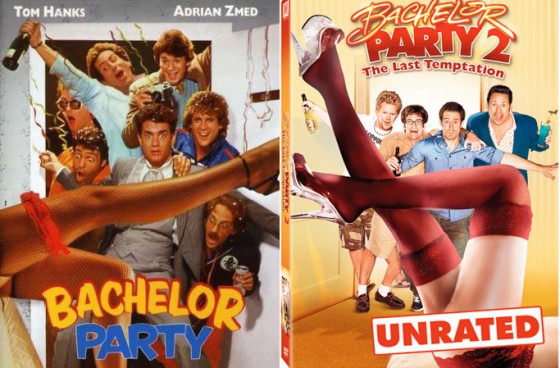 It took 24 freakin’ years to devise this direct-to-the-Walmart-discount-DVD-bin piece of filth. It’s so awful even the fake boobs are grossly misshapen. The listed budget was $6 million. I have no idea where the money went, but it should’ve been given to a real comedy writer. 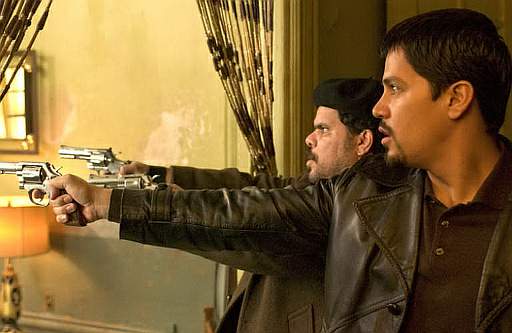 Technically, this is a prequel to the Al Pacino-Sean Penn crime saga from 1993, but I’m including it here because it went largely unnoticed when dumped to video in 2005. It details the rise (hence the title) of a young Carlito Brigante from ex-con to drug kingpin in 1960s Harlem. Sean “Don’t call me Puffy or Puff Daddy” Combs has a role as does the always interesting Luis Guzman. To my surprise, it’s not that bad of a flick compared to the rest of the dreck on this list. 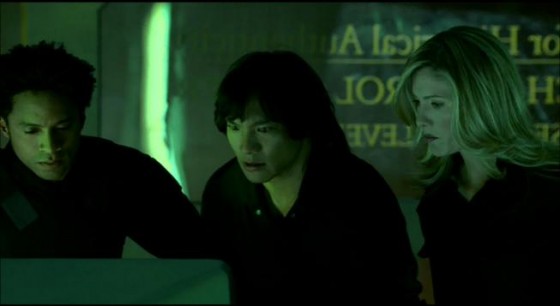 Jason Scott Lee takes over for Jean-Claude Van Damme in this pointless sequel. Any movie with a first act plot to assassinate Hitler can’t be all bad, right? It’s good for a handful of unintentional laughs, but it lacks the cool factor of the original Timecop. Nine years is just too long between installments for anyone to care. The director, Steve Boyum, is also responsible for Slap Shot 2: Breaking the Ice. I wish I was kidding.