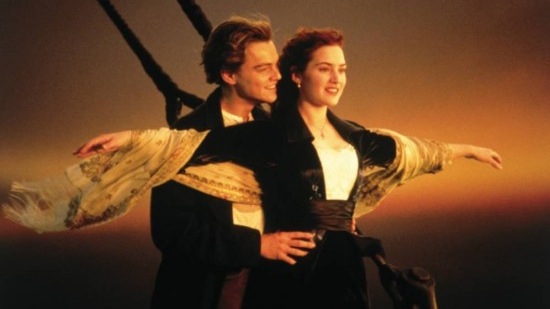 It’s perfectly fine to hate on films. Every minute of every day there is someone online complaining about something. Which is fine, but it just seems like a variation on the same complaint over and over again. Sometimes we have to be mature and tell ourselves that we know something just sucks, accept it, and move on to the next piece of crap we’re gonna complain about. Here are ten films and/or movie franchises we shouldn’t be allowed to gripe about anymore.

It seems with The Last Airbender we finally learned our lesson with M. Night Shyamalan — that he is a one trick pony who managed to make (arguably) two decent films and everything else has been an atrocity in some form or another. Signs started off okay, but the end ruined the film. The Village was the same story. Then we got The Happening, which does have a truly killer opening 15 minutes and then it descends into one of the worst turds cinema goers have had the misfortune to see. The twist (spoilers) is that we’re on the run from plants. The plants did it. What the hell? 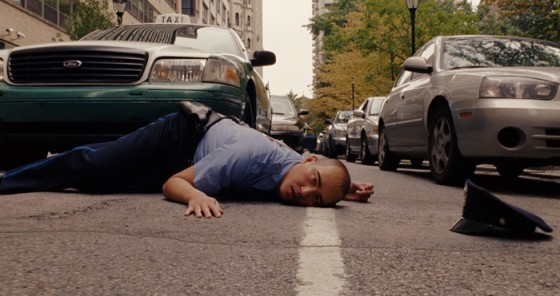 Now, maybe in a few decades, long after Shyamalan stops making films, this will become a cult classic on the level of Plan 9 from Outer Space. For now, it just sucks. So, give it a rest. The name Shyamalan now strikes fear and caution into all of us. So, there’s really no need to keep griping. Just let it go and cross your fingers he doesn’t make a sequel.

Years after being cancelled, Star Trek found new life in syndication. Then after the success of Star Wars, Trek finally made its way to the big screen in the form of Star Trek: The Motion Picture. And what did we get? Two hours of driving, five minutes of Enterprise glory shots, and one strangely hot bald chick. The campy fun of the series was gone and in its place was a dry, dark sci-fi film where not a whole lot happens. 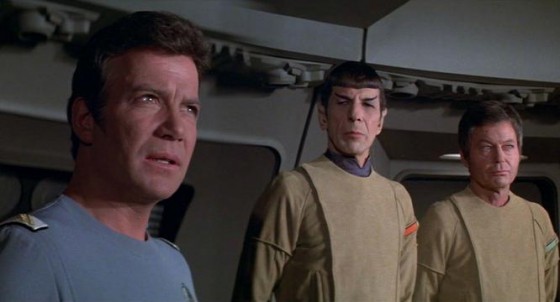 However, when you think about it, this is true for a lot of sci-fi films. This was a true science fiction film in the spirit of Solaris and 2001: A Space Odyssey. The sequels would bring back some of the fun and some of them would become some of the best science fiction films ever made, but this film seems to be a thorn in the side of a lot of Trek fans. Which is really sad, because this film is actually very well made. Without it Wrath of Khan might not have ever happened. So, in the case of The Motion Picture, stop whining, give it another watch, and maybe even a “thank you.”

On the list of all-time huge cinematic flops this is one of the biggest. It can also be marked as the beginning of the George Lucas hatred… unless you want to count the Ewoks. This rude, crude, and downright bizarre film looked like a family blockbuster from the man who gave us Star Wars. Instead, it fell flat and was called one of the worst films ever made. But, is it really? Really, this film was just misunderstood. Partially because it was originally rated PG, but it should have stayed true to the Marvel Comics source material and become a R-rated campy comedy. Now the film has found an audience who loves it and it really is a fun watch. If ever a movie deserved to be rebooted it’s this one. Or if Lucas is going to retool his films, maybe he should go back and bring Howard the Duck to its full adults only glory. History might be kinder to it the second time around. 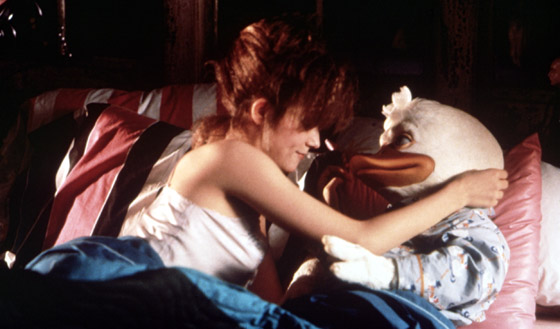 Saw started off beautifully. It was a low budget thriller that came out of nowhere and enjoyed lots of praise and success. Then sequels came. Then it slowly went to hell. And then it kept going. And going. But, you know what? So did every other horror franchise.

It goes without saying that the films became a convoluted mess where the writers retconned the story beyond plausibility. And unlike other franchises where one could dip in and out, this franchise should come with a chart full of time-lines and graphs just to keep up with what the hell is going on and who the hell all these people are. 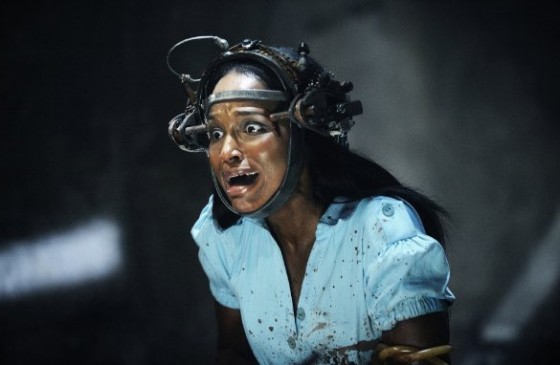 The stories became such a mess that the focus truly did shift to the victims of Jigsaw’s game. And none of the victims were ever interesting enough to give a crap about, so in the end it really did become the incredible torture show. The criticism was that these movies were only successful because the audience just came to watch people get killed in one gruesome and disgusting way after another.

Well… yeah. That is the point.

And it’s not because we are sick cretins who get off on the torture of another human being. It’s because horror movies are escapist thrill ride entertainment. There is almost no difference between Saw V and Friday the 13th part VIII in terms of quality, but eventually one of the nameless annoying characters is going to die and we’re going to cheer inside. Then we go home and go about our day.

Now the franchise is allegedly over. If it ever does resurface, just sit back and let it happen. And if you have a bad day, turn on one of the sequels. Maybe say, part VI. Watch it and tell yourself, “Well, today sucked but at least I’m not being cut in half by that acid trap.” See? You feel better already, don’t you?

Admit it. Right now “My Heart Will Go On” just started playing in your head, didn’t it? 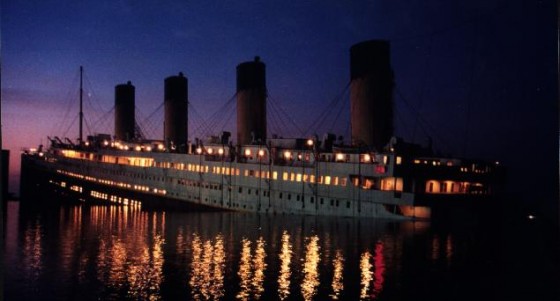 1997 was a year full of great films, but the one that captured the hearts of the audience and the Academy Awards was Titanic. People were seeing this ridiculous amount of times while it was in theaters. Then somewhere along the way, everyone just turned on it and it became trendy to hate Titanic. Why? Well, maybe because of one annoying song and endless amounts of sap between Kate and Leo, but that being said this film is still kinda awesome. Say what you want about James Cameron, the man creates his worlds and they are magnificent. The sinking of the ship is still damn impressive because it was when filmmakers were using practical effects. Yeah, it’s corny and sappy in places, but come on. Bill Paxton is in it. And Bill makes everything alright.

Again, one really irritating and overplayed song does not a bad movie make. Now, let’s face facts, this movie is just a bit silly and ridiculous. However, it’s fun. Big, dumb, silly fun. Armageddon is one of the films that began the Michael Bay hatred. Compared to Pearl Harbor, Bad Boys II, and Transformers: Revenge of the Fallen, this film was Oscar worthy. Hell, the Criterion Collection thought so and they released a special edition DVD of this film. Yes, the same company that commemorates the most important classic foreign films and culturally significant art house films also released a special edition of Armageddon. Therefore, it’s off limits to the whiny hatred. 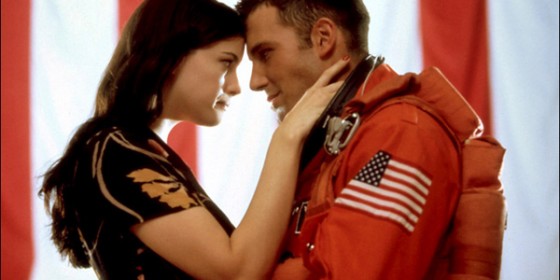 Of all the sequels to Alien and Aliens, the one that deserves the whiny hatred the least is Alien 3. Yes, it’s upsetting Hicks and Newt died. And yes, it’s a bleak film. And yes, the problems began for the film before one word of the screenplay was written. But, we have to give some credit where credit is due. It was the feature debut of David Fincher, a man whose weakest films would be a lesser director’s best work. It’s a fitting conclusion for the series and truly ended the Ellen Ripley story. Compared to Alien: Resurrection and the awful, awful AvP series, this film deserves to be praised. It’s not as good as Alien or as fun as Aliens. But, it’s a very worthy and decent follow up to two of the best sci-fi films ever made. Maybe In a couple of decades it will be listed as one of the greats. Hopefully.

Anything Uwe Boll has directed

BloodRayne. Alone in the Dark. House of the Dead. Seed. Postal. That one with Dragon in the title, whatever it was called. Uwe Boll is a horrible, horrible director. No one questions this. It’s unfathomable how this man continues to make films. True, he has a cult audience, but it’s a small cult. Every time he steps behind the camera the nerd rage cannot be contained. If you hate this man and his films, why are you watching them? You know what is going to happen — it’s going to be the worst film he’s made since the last one. Give it up. He’s not going to suddenly pull an Oscar winner out of his ass. So, just stop. Don’t watch his films. Let the ones who do like them have their fun. You can’t complain about something you knew was going to suck in the first place.

To hear some of us describe Twilight and its sequels, you’d think that Robert Pattinson, Kristen Stewart, and the author of the novels, Stephanie Meyer, all came up to each one of us and spit in our faces, which is a bit of an overreaction. See, the Twilight saga isn’t great, but it’s not the death of cinema either. This is the absolute definition of mediocrity. And guess what? Most of the complaining comes from people who are not this material’s target audience. This is stuff for teenage girls. So, let’s just stop bagging on this one. And when these girls do grow up and develop taste, we can be there to say, “I told you so.” 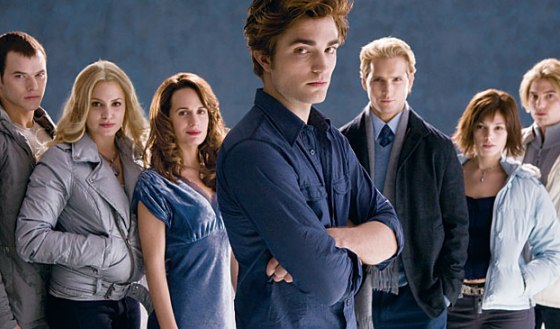 Star Wars. All of them.

Look. No film franchise in history has taken the beating that Star Wars has. From the “special editions” released in the ’90s, to Jar-Jar Binks and The Phantom Menace, to altering the original trilogy for the DVD releases, to Lucas ruining the moment when Darth Vader is born with the “Noooooo!” heard ‘round the world. We get it. Lucas sullied the franchise that made him richer than any of us will ever be.

It’s one thing to nitpick the franchise we love. Ask a Star Trek fan. They nitpick all 5 series and all 11 films to death, but at the end of the day they still love it not only despite the flaws but sometimes because of the flaws. 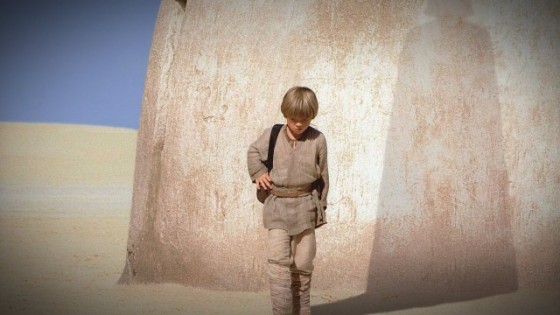 Star Wars fans can’t accept flaws, yet they keep running out to buy every new edition of every film in every format, as if they are in some sort of abusive relationship with Lucas they’re afraid to leave.

There’s no question that Lucas can’t stop messing about with the films, that Lucas can’t write dialogue, and that the magic of what the original (and I mean original) films is long gone. But, even after it’s all said and done, it’s still Star Wars and Star Wars made us what we are today. And that makes it all okay.