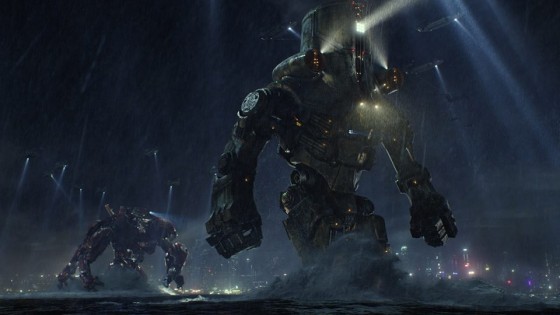 End of the year movie lists are a dime a dozen. Especially “Best Of” lists, which are completely arbitrary and often packed with films that haven’t even been released yet, due to Hollywood’s asinine fascination with jamming all their Oscar contenders into a six-week window from Thanksgiving to New Year’s.

Once in a while I’ll receive an invite to an advanced screening or be sent a screener’s copy, but even I don’t have time to see all the so-called “best” movies in a given year. Besides, a lot of the critics’ picks are lofty snoozefests or overpraised melodramas.

Rather than subject you to my personal favorites, I think it more constructive to suggest some movies that might’ve fallen through your viewing cracks for one reason or another. Don’t get me wrong, I enjoyed each of the following titles, but only two or three squeezed into my “great” column.

Most are flawed to one degree, but all contain redeeming qualities that elevate them above the standard trash found at the local multiplex. Blockbusters, documentaries, indies, comedies, there’s something for everyone. Enough blathering, here’s the rundown.

Knowing the tragic story of Oscar Grant doesn’t lessen the impact of Fruitvale Station. If anything, it enhances it. Writer/director Ryan Coogler paints Grant as a complex character; an angry young man with a criminal past who is trying to get his life in order to properly care for his daughter. Is there emotional manipulation at play? Yes, but it isn’t shoved down the audience’s throat. Grant wasn’t some naive innocent, but what happened to him on the first day of 2009 was horrifyingly deplorable. 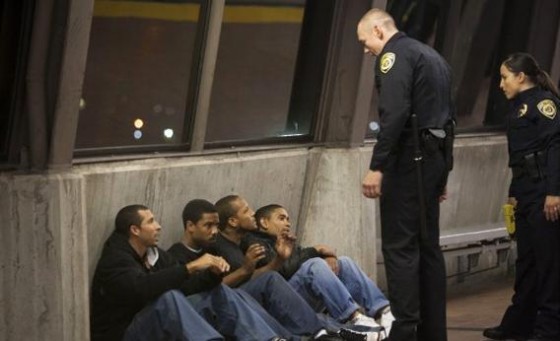 Regardless of how anyone feels about the direction taken during the post-9/11 War on Terror, it’s difficult not to be disturbed by the actions perpetrated by the Joint Special Operations Command. Investigative journalist Jeremy Scahill clearly has an agenda in the filmed version of his own book, but what he reveals behind the covert curtains hanging in the Pentagon and Oval Office should be seen by every American. How far is too far when it comes to protecting U.S. interests here and abroad? Dirty Wars shows in gripping fashion there is no simple answer to that question. 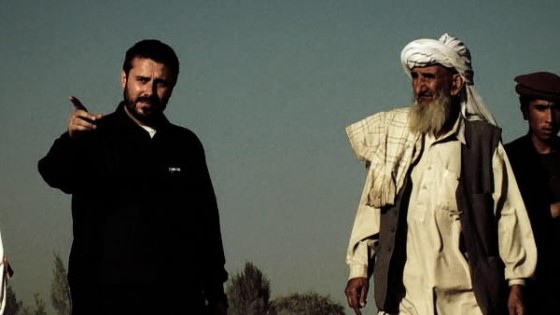 I am constantly amused by the critics who attempt to shoehorn Harmony Korine’s girls-gone-wild expose into the high art category. Spring Breakers isn’t some intellectualized message piece about the downfall of youth culture in the 21st century. Instead, it’s a highly stylized 93-minute rap video chock-full of tits, ass, cars, and guns. Irresponsible behavior on display for all to mock and enjoy. James Franco’s over the top performance as a would-be St. Petersburg, Florida gangster named Alien is both hilarious and absurd. I mean, any film that elevates Britney Spears as the iconic voice of a generation can’t be taken too seriously. Just kick back and drink in the mindless fun. Save the inane theorizing for later. 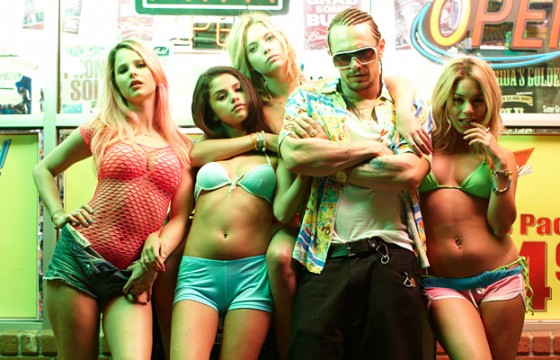 Forget the threadbare script and hokey dialog. Gravity exists for one reason and one reason alone: Use awesome 3D technology to reinforce the frightening emptiness of space. I’m sure director Alfonso Cuaron didn’t set out to make a horror movie, but that’s what unfolds. For once a $100 million budget it put to good use. The marriage of visual effects, music, and cinematography has never been more compatible. If Hollywood wants to force-feed 3D flicks to us, let it be event filmmaking from skilled directors befitting the technology. Gravity packs a wallop by trimming away the needless fat. 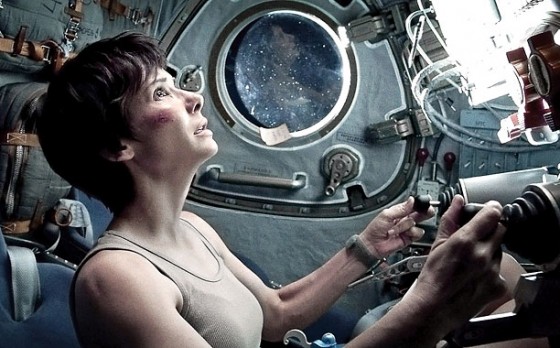 I’m not gonna lie, writer/director Shane Carruth’s second feature can be a challenging puzzle to piece together. It involves kidnapping, pigs, and flowers, plus a whole lot more. To call it methodical and weird and understated and poetic doesn’t really do it justice. To be completely honest, I just like the way Carruth’s mind works. He goes so against the grain when it comes to plot structure and character development that he defies definition. Upstream Color will either piss people off or cause them to stand up an applaud. There really is no middle ground. To me, that’s a sign of great filmmaking. 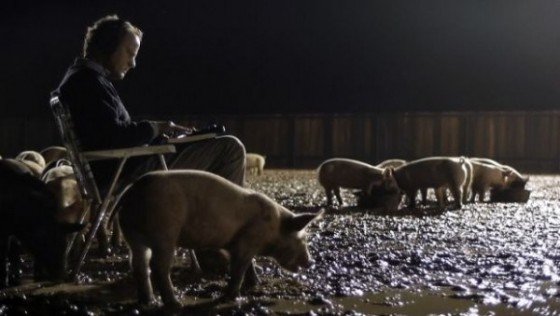 Nitpicking about what Pacific Rim isn’t seems pointless. Oh sure, Charlie Hunnam’s acting is wooden, and the writing is laughably bad at times, and the run time drifts into dangerous territory, but as a straight up monster movie, it’s pretty damn entertaining. Guillermo del Toro keeps the exposition to a minimum and concentrates on elaborate action set pieces starring enormous sea beasts and massive human-piloted robots beating the sh*t out of each other. It’s glorious. Plus, Charlie Day provides serviceable comedy relief as an oddball stoner scientist. If you can’t have fun at the movies, why bother? 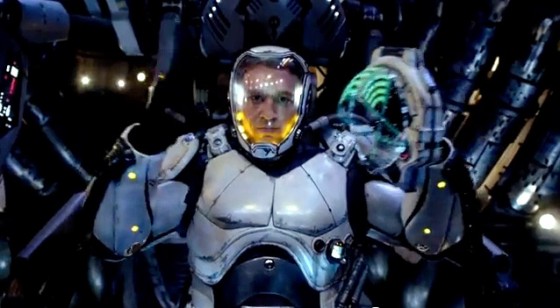 I’m not exactly sure why The World’s End disappeared from theaters so quickly. Maybe it was the late summer release, or perhaps the similar apocalypse theme to the similarly titled This is the End. Whatever the case, Edgar Wright’s third big screen collaboration with Simon Pegg eschews gaudy makeup effects and instead relies on a clever, albeit campy, script and pinpoint performances from a stellar cast, led by Pegg, Nick Frost, and Paddy Considine. Rapid fire back and forth between characters and well-choreographed fight scenes punctuate a biting subtext that dares to point a slightly satirical finger at an internet culture obsessed with sharing minutiae with like-minded individuals. 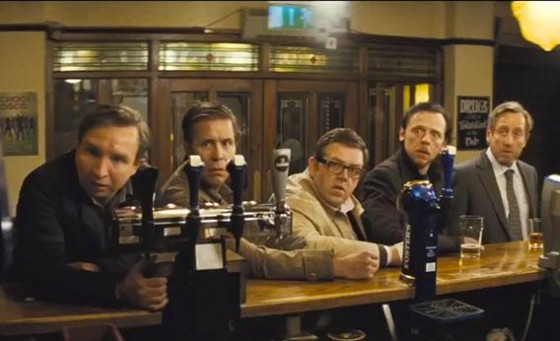 Combine the best parts of The Exorcist and Poltergeist and the creepy spawn ripped from the womb of terror is The Conjuring. I haven’t been legitimately scared by a horror movie in years. This one made me jump twice, and when it wasn’t raising my heart level, it was slowly building a sense of dread that lasted long after I exited the theater. The strange goings-on at a remote Rhode Island farmhouse pulls in renowned paranormal investigators Ed and Lorraine Warren to “solve” the mystery. Believing in hauntings, ghosts, or demonic possessions matters little. Director James Wan knows when to tap the brakes and hit the gas. The result is one of the year’s best movies. 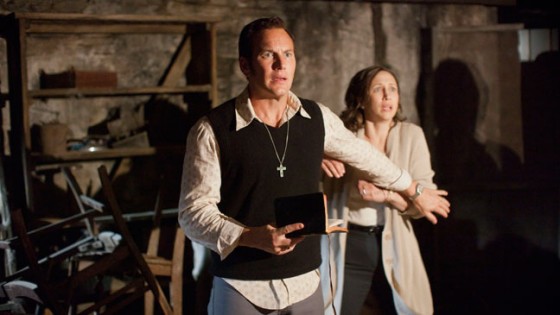 Broken people with broken dreams. Beneath the awful hairpieces, loud polyester suits, and sweet and sour nail polish that permeate American Hustle is a sweeping story about a trio of people driven to rise above their meager beginnings. David O. Russell anchors his American Dream love story amidst the FBI’s ABSCAM bribery sting that rocked Congress in the late ’70s, and includes plenty of twists and turns to keep the drama heightened, even though the biggest u-turn is predictable. Christian Bale, Bradley Cooper, and Jennifer Lawrence deliver the comedic goods throughout. And if you didn’t already know that Amy Adams is A) drop dead gorgeous, and B) an amazing actress, you will after watching her steal scenes for two-plus hours. Again, fun at the movies! 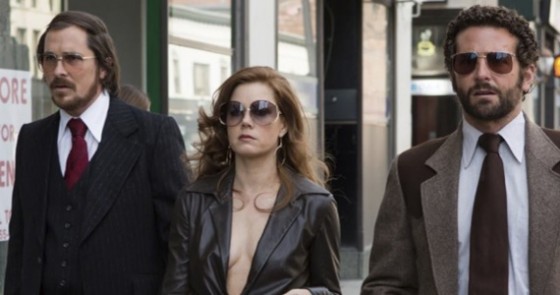 I don’t consider myself a staunch animal rights activist, but I have never been fond of zoos or animal parks. I sure as hell don’t want to be locked in a confined space against my will, so I’m fairly certain lions, elephants, and killer whales feel the same way. Blackfish tells a story that most of us should’ve already been aware of, but probably weren’t. The corporate powers that be operating SeaWorld don’t care about the animals they exploit for money and care even less for the human trainers tasked to care for those same animals. Especially if a handful of said trainers are killed by said animals. Blackfish should serve as a cautionary tale about keeping whales in captivity. Sadly, for all the positive attention this documentary has drawn to the issue, it will do little damage to an industry that excels at covering up its own transgressions. 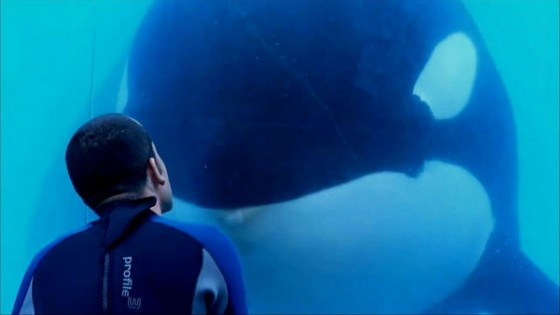 Devil’s Pass – A low-budget found footage flick with high production values and an interesting premise? Yes, please. Not all the dots connect, but it makes for good Saturday night viewing.

Stoker – Bizarre little tale of murder from Park Chan-wook, director of the original Oldboy. Matthew Goode is downright terrifying as a sociopath.

Touchy Feely – Lynn Shelton directed one of 2012’s most underrated films, Your Sister’s Sister, and she does it again with this introspective character study about finding the courage to let others in.