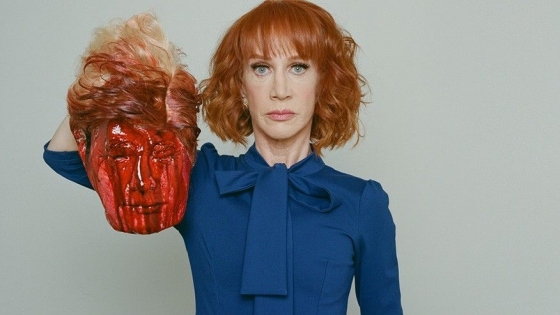 Comedian Kathy Griffin recently landed herself in hot water recently after posing for a photo with the decapitated head of President Donald Trump. The lash-back was immediate, and despite her apology, Griffin has been losing jobs, including her New Year’s Eve hosting gig with Anderson Cooper.

Kathy is far from the first comedian to take a joke too far. Here’s a typical scenario:

Below we take a look at ten other notable comedian or radio show host insults, reactions and fallouts. 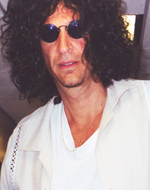 The Incident: In 1995, shortly after singer Selena was shot and killed, syndicated radio show host Stern played a song of hers with gunshot sound effects. He quipped, "Spanish people have the worst taste in music. They have no depth. Alvin and the Chipmunks have more soul."

The Fallout: The death of Selena was still fresh in the news, especially since it was the murder of an up-and-coming star. The most outspoken opponents of these comments were Hispanic celebrities.

The Apology: After several calls for advertiser boycotts, Stern read in Spanish: "As you know, I'm a satirical person. My remarks on Selena's tragic death were certainly not made with the aim of causing even more anguish to her family, friends and those who loved her."

The Recovery: Stern recovered from this just fine, and this just became another notch on his piss-people-off belt. 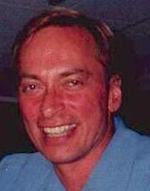 The Incident: In Feb. 1999, fast-talking Maryland DJ Doug "Greaseman" Tracht played a song by Lauryn Hill and said, "And they wonder why we drag them behind trucks," which was referencing the dragging death of James Byrd by three white supremacists.

The Fallout: The Greaseman was fired and people who never even listened to his show sat around chastising him as if he committed the murders himself.

The Recovery: Though the Greaseman spent years off the air, he eventually returned to radio but never regained the steady footing and ratings that he had when he was in his heyday. He pretty much suffered worse than anyone else on this list who said anything wrong. 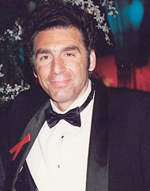 The Incident: Comedian Michael Richards, who is best known for playing Kramer on the NBC show Seinfeld, also tried his hand at stand-up comedy. He wasn't good at it. During a set in 2006, he was getting heckled. So he used the N-word while talking about the folks who were heckling him.

The Fallout: Someone recorded the incident. It went viral. People were mad because Richards said the N-word. But there really wasn't much they could do other than criticize. However...

The Apology: Almost immediately after the incident, before most people even knew about it, Richards went on an apology tour.

The Recovery: Already nowhere near his heyday when this incident happened, there really was no recovery. However, several years after the incident, Richards appeared as himself on Larry David's Curb Your Enthusiasm to tastefully poke fun at himself. It was pretty, pretty funny. 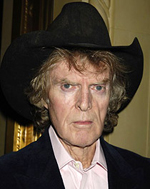 The Incident: When the Rutgers women's basketball team went to the NCAA Finals in 2007, Imus joked around with his crew on his radio show and called them "nappy-headed hoes."

The Fallout: These women got really upset (though I'm willing to bet that none of them even listened to Imus. Seriously, who listens to Imus?). Player Kia Vaughn filed a lawsuit against Imus for slander, libel and defamation of character, but dropped it after realizing she had no case. Imus was suspended, and eventually fired from CBS.

The Apology: "I want to take a moment to apologize for an insensitive and ill-conceived remark we made the other morning regarding the Rutgers women's basketball team, which lost to Tennessee in the NCAA championship game on Tuesday. It was completely inappropriate and we can understand why people were offended. Our characterization was thoughtless and stupid, and we are sorry."

The Recovery: After reaching a settlement with CBS over his contract (which allowed for him to be controversial on the air), it didn't take long for Imus to get another job with Citadel Media. 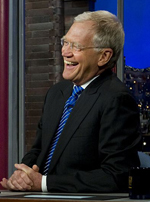 The Incident: During an opening monologue in the summer of 2009, Letterman joked about Sarah Palin's visit to Yankee Stadium. "During the seventh inning, her daughter was knocked up by Alex Rodriguez." Willow, 14 at the time, was the only one of Palin's daughter's to attend the game.

The Fallout: The Palin family was upset, obviously. Sex jokes about minors will tend to upset the parents.

The Apology: Letterman hardly offered an apology, but did comment on the issue. First, he claimed that he was referring to 18-year-old Bristol Palin, an unwed mother. Nice try, Mr. Letterman. She wasn't there. However, he did say this: "These are not jokes made about her 14-year-old daughter. I would never, never make jokes about raping or having sex of any description with a 14-year-old girl. Am I guilty of poor taste? Yes. Did I suggest that it was okay for her 14-year-old daughter to be having promiscuous sex? No."

The Recovery: Dave is doing just fine. We wonder, though, if he had made the same joke about Chelsea Clinton (while Bill Clinton was in office) if there wouldn't have been a bigger outcry. 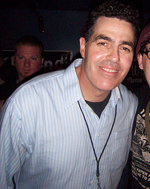 The Incident: On his podcast on Aug, 11, 2011, Carolla made several remarks about transgendered people. 'When did everyone get f$#%ing lumped in with the gays? Really, what percentage is transgendered? Do you know what I mean? Let's just say I was a politician, and I was like, 'Hey, transgendered folks, I don't need your vote.' You don't think I could get elected? What do they make up — 30% of the population? Sure, I used to go to school with a bunch of transgendered guys and now I work with a bunch of 'em... When did we start giving a [email protected]#$ about these people?... Now there's all these variations — like 'I'm a pre-op transgender, transneutral, trans fat"... shut the [email protected]#$ up... No.... 'I'm having hormone replacement therapy, but I still have my penis, but I'm not gay, I'm attracted to men." It's like 'what the [email protected]#$?'... Every time I see Chaz Bono, my [email protected]#k looks at me and says, 'Huh? What do I do?'"

The Fallout: Relatively speaking, there wasn't much of one, other than harsh words from the Gay & Lesbian Alliance Against Defamation.

The Apology: "I'm sorry my comments were hurtful. I'm a comedian, not a politician." GLAAD said his apology was "empty."

The Recovery: Hard to say. Carolla's show is a podcast, one of the most downloaded on the web. Carolla regularly makes controversial comments. Did this really surprise anyone? Perhaps there are some folks who were extremely offended and no longer listen, but not much has changed. 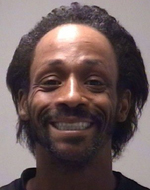 The Incident: During a live show in Arizona in 2011, the comedian joked about Mexicans being landscapers and how they should go back to Mexico. "Do you remember when white people used to say 'Go back to Africa,' and we'd have to tell them we don't want to? So if you love Mexico, (expletive), get the (expletive) over there!" ... "We were slaves, (expletive). You just work like that as landscapers."

The Fallout: Mexican landscapers picketed Williams' concerts. No kidding. This made the news, some folks voiced outrage but overall, this didn't get the attention of similar incidents.

The Apology: "My remarks were not meant to be offensive," Williams said. "I want to apologize if my comedy act was taken out of context." However, Williams was later quoted as standing by his comments.

The Recovery: Williams is fine. 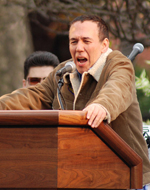 The Incident: Shortly after the 2011 earthquake in Japan, Gottfried made several jokes on Twitter: "Japan is really advanced. They don't go to the beach. The beach comes to them." And, "I was talking to my Japanese real estate agent. I said, 'Is there a school in this area?' She said, ‘Not now, but just wait.'"

The Fallout: Insurance carrier Aflac fired him as the voice of the Aflac duck.

The Apology: "I sincerely apologize to anyone who was offended by my attempt at humor regarding the tragedy in Japan. I meant no disrespect, and my thoughts are with the victims and their families."

The Recovery: Knowing Gottfried, he likely lost no sleep over this and is now relieved that he's no longer the voice of the Aflac Duck. 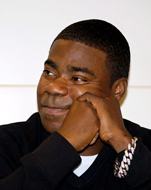 The Incident: A better actor than a stand-up comedian, Morgan said something along the lines of wanting to stab his kid if he acted gay during a 2011 routine in Nashville.

The Fallout: The performance wasn't recorded, but someone had posted what had happened on Facebook and it went viral.

The Apology: Morgan returned to Nashville and addressed reporters. "I want to apologize to my friends, and my family and my fans and everyone in every community who were offended with this. I didn't know. I didn't mean it... I don't have a hateful bone in my body."

The Recovery: Because he's on a hit TV show on NBC, 30 Rock, he's pretty much recovered. 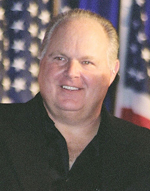 The Incident: In Feb. 2012, student Sandra Fluke testified in front of House Democrats in support of insurance coverage for contraceptives. On his nationally-syndicated radio show, Limbaugh said, "What does it say about the college co-ed Susan Fluke, who goes before a congressional committee and essentially says that she must be paid to have sex, what does that make her? It makes her a slut, right? It makes her a prostitute. She wants to be paid to have sex. She's having so much sex she can't afford the contraception. She wants you and me and the taxpayers to pay her to have sex. What does that make us? We're the pimps."

The Fallout: Oh, the horror! Limbaugh said something controversial! Newsflash, people -- Limbaugh has been saying things like this for decades, but this time Limbaugh haters decided to make a big deal out of it, which then made some sponsors decide to flee.

The Apology: Limbaugh said, "My choice of words was not the best, and in the attempt to be humorous, I created a national stir. I sincerely apologize to Ms. Fluke for the insulting word choices." Fluke essentially didn't accept it, nor did Limbaugh really mean it.

The Recovery: Limbaugh has been on the air for decades and is not new to controversy. If anything, this put his show back in the limelight to those who otherwise hadn't been listening. Despite the loss of sponsors, Limbaugh didn't go anywhere, and the sponsors eventually came back. If anything, it made Fluke famous for being the woman who publicly insisted on receiving free contraception.