Ten of The Wire’s Wildest Scenes 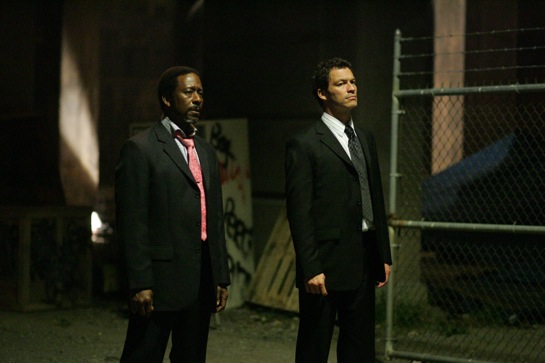 HBO has had some of the most disturbingly realistic TV shows in recent memory. Sex and the City, OZ, and of course the Wire were all very accurate depictions of their characters real life situations. The Wire in particular was an roller coaster ride that you hoped didn’t end and I for one was sad to see the show go after only five seasons.

The Wire was based in the streets Baltimore and covers the drug trade, the port, the city government and bureaucracy, the school system, and the print news media in current times. It switches from scene to scene and was very well done.  Some would argue that it was one of the best television shows ever and they would have a great argument.

The Wire had some of the wildest scenes I’ve ever seen on a television show but this is all stuff that occurs in the streets so enjoy the violence and be glad you are just watching it on your computer. Some of these videos are not for the faint of heart.

Now that’s what I call a drive by.

Not even your grandma is safe.

A fiend tries to jip the drug dealers for some cash, lets just say they didn’t appreciate it that much.

In the streets, even friends kill friends.

They finally took out Bodie.

Chris is a savage.

Not even innocent bystanders were safe on the show.

Omar had some wild scenes in the show and Brother Mouzone take Stringer out… One of my favorite scenes….