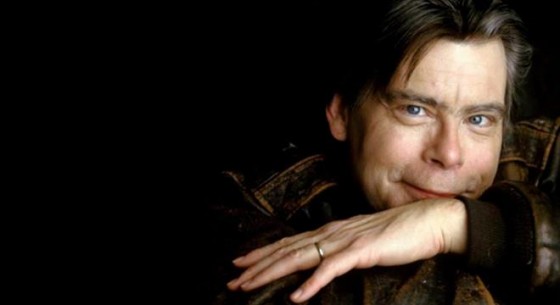 Stephen King might very well be the reigning master of horror literature, but when it comes to film adaptations of his works there is very little gray area. There are exceptional films like The Shining, The Shawshank Redemption, and Stand By Me… and then there’s the other not-so-fantastic bits of cinematic excrement such as Maximum Overdrive, The Lawnmower Man and Dreamcatcher. Now that’s not to say any of the latter films are bad, they just aren’t very good translations from the page. But, what we’re speaking about here is the aforementioned gray area, i.e. those movies overlooked even though they not only follow the source material quite well, but are also pretty good. Let’s discuss ten of those, what do ya say?

This film is based on a Richard Bachman book from 1989 and is King's third collaboration with George Romero. Now, I'm assuming if you're reading this you ought to know that Bachman was King's alter ego on several novels. Which leads right into the entire basis of this book and movie. Thad Beaumont is an author attempting to 'kill off' his raging psycho (and somehow alive) pseudonym, Richard Stark. Let's just say bad things happen... as you can rightly imagine since it's a King book, after all. But what makes this movie fun is Timothy Hutton's dual performance as both Beaumont and Stark. It's a good flick, well acted, and pretty tense. I definitely recommend it. 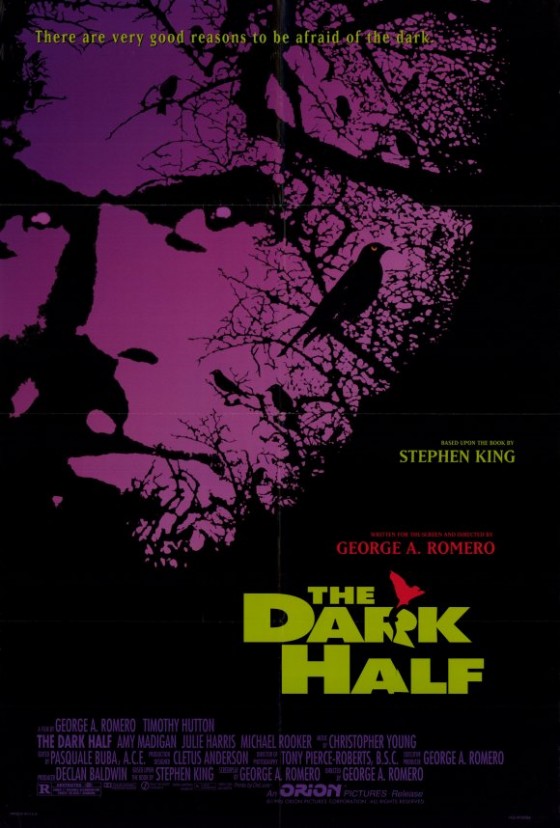 This original book came out in 1980 and was within King's run of what many consider to be his finest works. I'm not one to condone the usage of foreign substances to enhance one's art, but the fact that King was far freakier during his drug and alcohol-riddled early days is no secret.

Anyway, this story and film follows the exploits of Charlie McGee (the first of two movies featuring Drew Barrymore) who, thanks to her mentally super-powered parents, can readily set things on fire as well as read minds. Some bad folks are out to get her, and after her mom is murdered and her dad captured, it's only a matter of time before her fires burn out of control. Barrymore is especially good in this, and a sadistic George C. Scott is a nice addition, as well. Check it out. 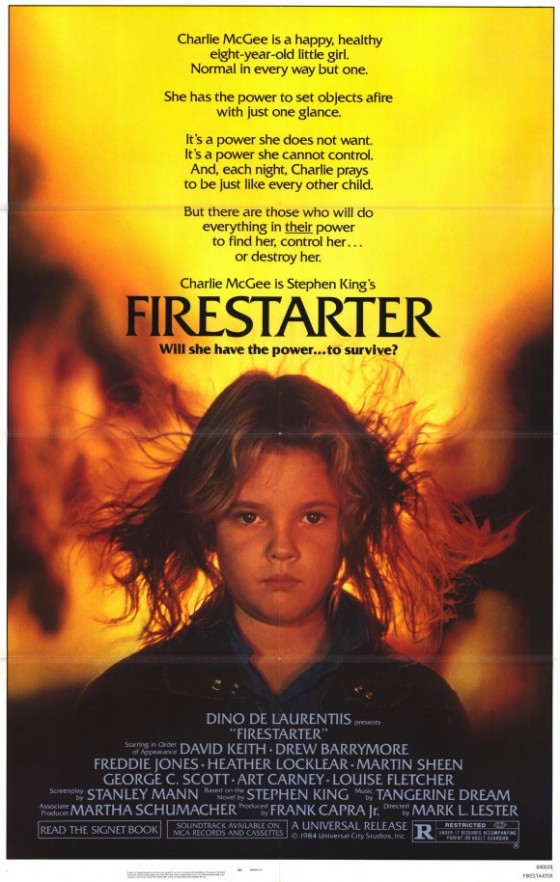 Tobe Hooper directed and starring Robert Englund? No kidding? How can you possibly go wrong? Well, let's just say there are reasons why The Mangler isn't exactly in the upper echelon of King films. But trust me, it really does need to be. It's newly found cult status alone is reason enough, but any time you can get a few horror legends at the helm of a King book, I'm all in.

The short story was written in 1972 and it follows the brutal killings by a possessed laundry press. That's right, in classic old King style, we get a living, breathing machine bent on destruction. Sure, this isn't exactly Hooper's best effort, and even Englund's standard snark can't really put it over the top into fantastic territory, but it's still lots of fun. And besides, who hasn't been afraid of a giant, industrial machine once in their lives? 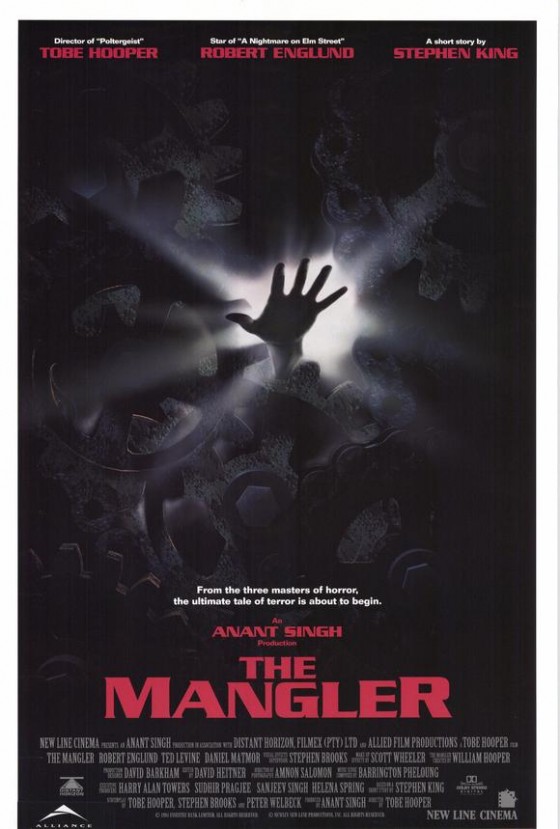 This particular piece of eerie literature came out in 1977. And let me tell you, it is definitely one of King's more spectacularly creepy tales. And for once, the movie really does do it a nice piece of justice.The leads, Isaac and Malachai, are especially freaky and do wonderful jobs making you believe they've had little problem murdering and ridding the town of Gatlin of every single adult. You see, it's because of 'He Who Walks Behind The Rows' that the corn even still grows at all... and why the children turn so damn evil. 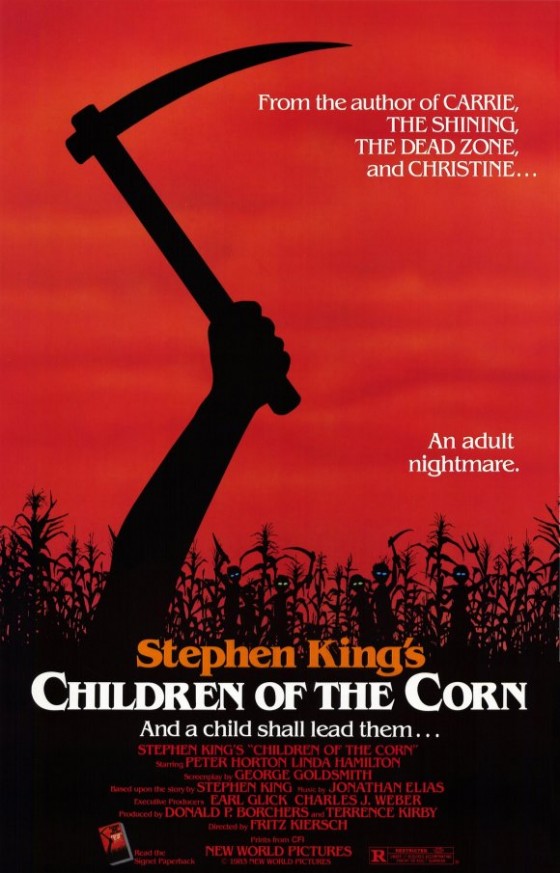 This little ditty is actually a TV movie that's based on a short story from 1974. It was originally going to be part of the Cat's Eye film (the next entry, coincidentally), but it was deemed able to stand on its own merit. And that's not even the best part: it was produced by none other than Food TV's Giada De Laurentiis's grandpa, Dino! Pretty cool. I guess...

So here's the basic plot (and keep in mind, this is King we're talking about here). A gang of Greasers died back in '63 when a train wiped out their stalled car. Meanwhile, Jim Norman (a man who witnessed his brother's death at the hands of said Greasers) returns to his home town with a promising teaching career. But guess what? Sometimes they come back... to kill! That's right, kids, the Greasers are ghouls and are trying to kill their way back to reality. Whoa! Now that's something. And it's something of a decent flick featuring Tim Matheson. 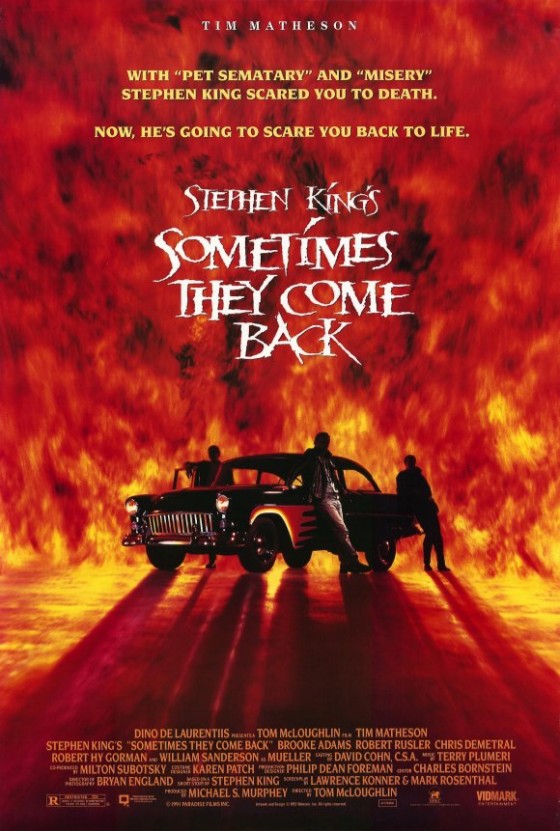 So what's the story (literally) behind this other Drew Barrymore King flick? Well I'll tell you. The particular story she's in, as the third part of this Anthology Series, is the only one of the tales that didn't actually come from the Night Shift book that King wrote in 1978, though he did write it specifically for the movie. Get it? Yeah, well, it is what it is. Oh, and this makes the second De Laurentiis joint, as well.

The trilogy consists of The Ledge, Quitters, Inc., and General, and features tales of terror each starring, in some form or another, the titular cat. In The Ledge, he is taken as a bet while the main protagonist attempts to save his own skin by walking a precipice, and pops up in Quitters, Inc. that plays the story of a man killing others to try to quit smoking. In the final bit, General, he's adopted by Amanda (Barrymore) and goes on to eventually spare her the doom of a demonic troll. There is a lot of little hidden King gems in this roughly polished flick, and it's very much worth a watch. 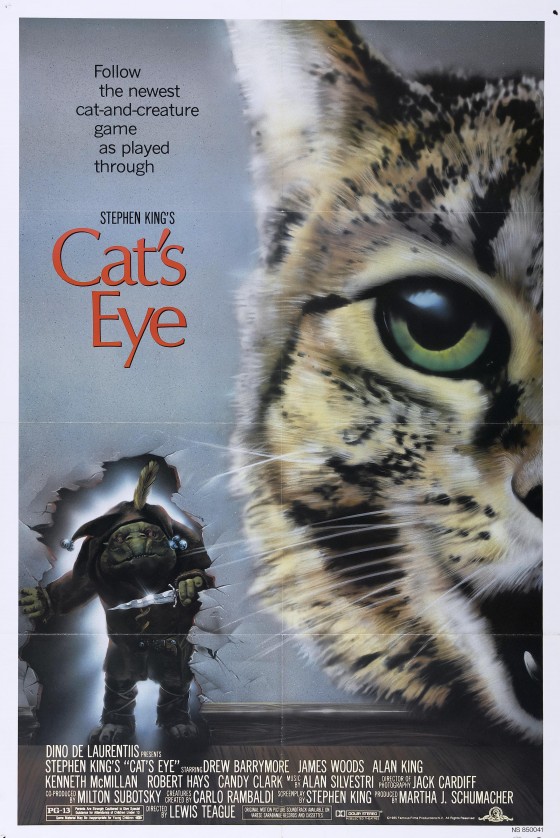 The King tome here is the phenomenal Cycle of the Werewolf published in 1983. And the really excellent movie stars Cory Haim and Gary Busey, and is once again produced by Dino De Laurentiis. What plays out is a really solid and well done werewolf flick that should be placed a bit further up the genre. It's a coming-of-age allegory where estranged siblings find themselves pitted against the predatory jaws of a local who's been slaughtering inhabitants in the form of a werewolf. If you're a fan of snarly beasts, bloody murders, and Corey Haim in a wheel chair... well, ya can't do much better than this. 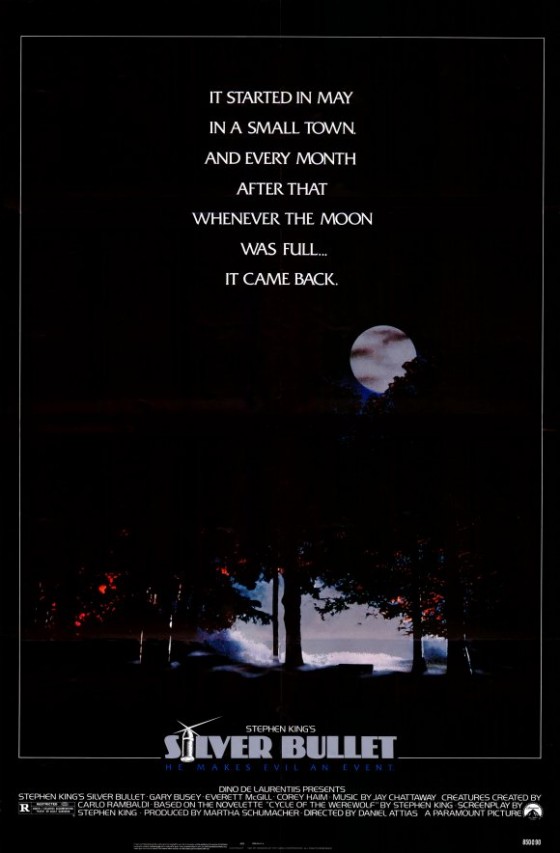 This movie is based on King's book of the same name that came out in 1993. It was during a time when he explored his more feminine-protagonist side, which included other stories like Gerald's Game and Rose Madder. This also represents the second time Kathy Bates starred in one of his adaptations, the other being Misery.

And in case you were wondering (or missed it completely) this is an amazing movie with a truly powerful story. A woman (Bates) is accused of not only killing her husband, but also murdering the woman for whom she works. Soon her estranged daughter (an alcoholic journalist played by Jennifer Jason Leigh) returns to town to help her mother and discovers some terrible things from both of their pasts. This is most definitely one of King's greatest stories and is far too frequently overlooked. 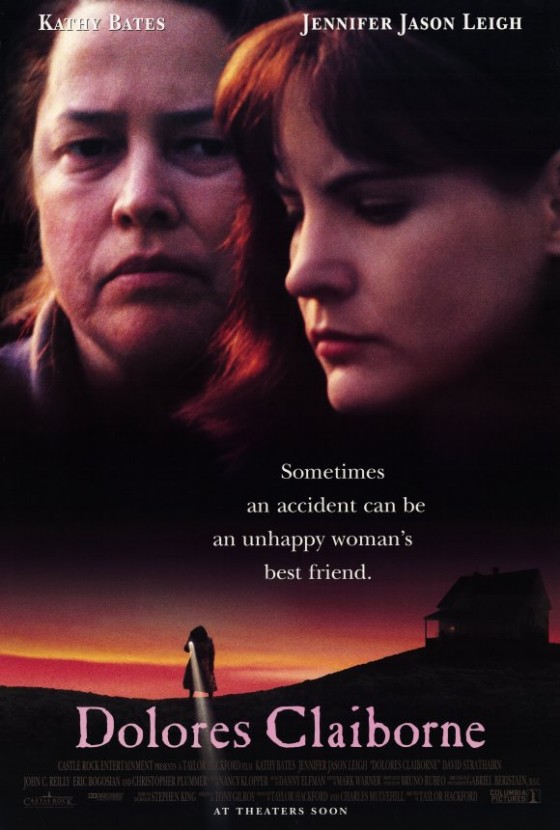 Though most people would cite the original Creepshow as the better of the two Romero/King collaborations, Creepshow 2 most definitely has its merits and absolutely belongs on a list of films overlooked.

These films again represent King's foray into anthologies, and actually stand out as his first attempts to put a few of his short stories to film. This also falls directly into the timeline when King was definitely on some banned substances. And you can definitely tell. Regardless of that fact, having zombie-master George Romero at the helm of the original, and the screenplay writer of this particular one, is something pretty amazing in and of itself.

Creepshow 2 follows three different, yet equally impressive tales: Old Chief Wood'nhead, The Raft (from Skeleton' Crew), and The Hitch-Hiker. Each is followed by an animated interlude where Billy, the protagonist, retrieves a package he ordered from Creepshow Magazine. All three stories could have easily been expanded to feature-length as they most certainly perform perfectly on their own merits. In fact, both The Raft and The Hitch-Hiker seem to be the most remembered. This is a must watch for both Romero and King fans. 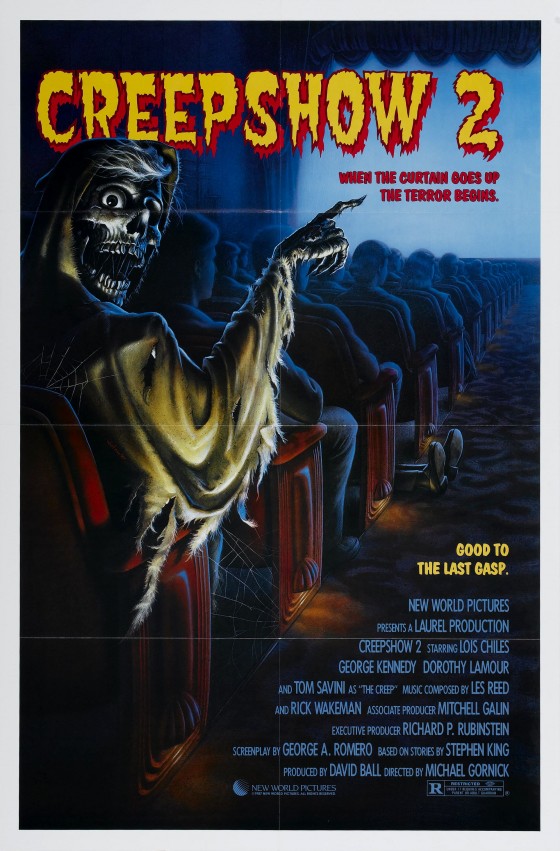 This little vampire masterpiece is absolutely my favorite and most often overlooked King tale. It's once again based on one of King's short stories of the same name from 1993's Nightmares and Dreamscapes. It stars the stellar Miguel Ferrer as Richard Dees, a reporter on the trail of a murder suspect who not only kills in a vampiric style, but also apparently flies to each victim in a black plane that is inexplicably filled with dirt. There definitely turns out to be far more to this story than just that, but its simplicity is what makes it worthy of a watch. Not to mention the fact that red herrings and twists play throughout and, once again, it's the magnificent Ferrer that keeps this fully afloat. 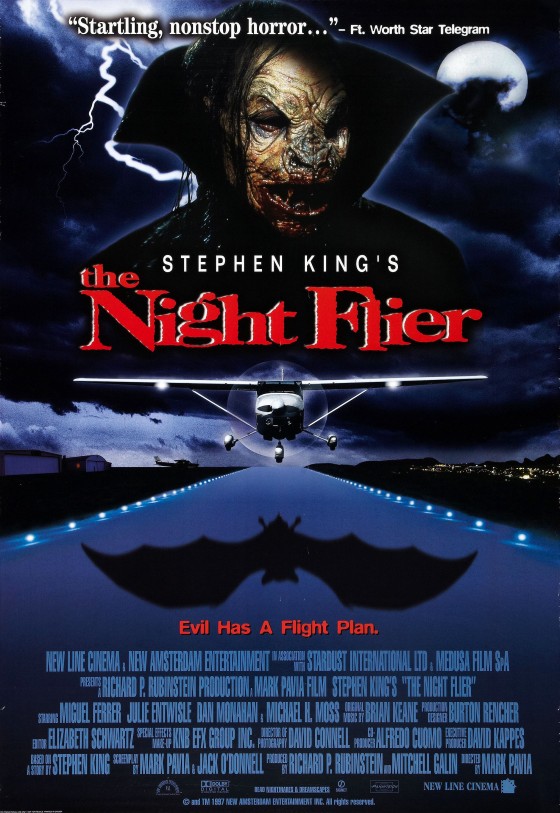