So you’re sitting around staring at your upcoming opponents for the next 14-16 weeks as you meticulously draft your team. Some may be long time friends; some may be relatives or coworkers. Some may be total strangers. But that’s no matter. There’s money to be won. Not to mention pride, bragging rights, and perhaps your hysterically comical team name to be etched in immortality on the side of your league trophy.

Slugging beers with friends and dissecting your fantasy football enemies is a tricky dance to master. Much like the Electric Slide is for old people. It takes somewhat of a poker face, but it also takes a crude sense of deception and investigation. But in all leagues, you are likely to find a complete cast of characters including the following: 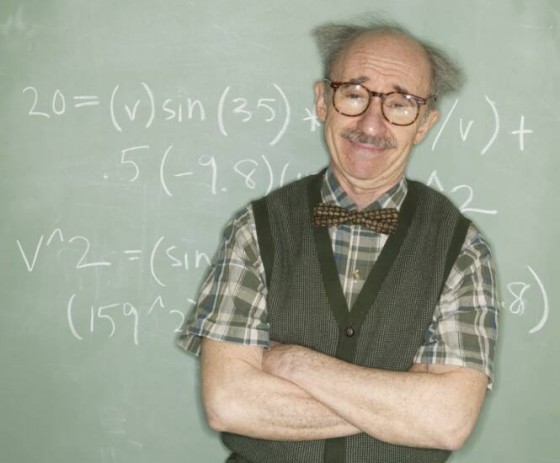 Is this smug enough for you?

You’ll know him by his over abundance of research that he has done and brings with him to the draft. If he has a homemade Excel spread sheet on a laptop, he’s a dead giveaway. This means he is methodical and pays attention to detail. He’ll likely be in the running during the playoffs. Watch him to start trends in the draft like drafting the first Tight End. He’ll also be the first one to ask for clarification of league rules. 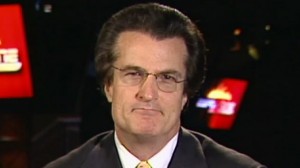 This guy has brought with him one notebook with his personal rankings on them. Perhaps a couple printouts but that’s it. He’ll rarely stray from his strategy but can easily be frazzled if draft trends become unorthodox. He’s the conservative drafter who will draft the supposed sure thing over the high risk/high reward guy. He scares easily concerning over-hyped players and may pass on them because of it. 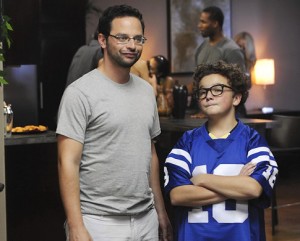 As seen with “The Oracle”

This is the guy who has stock in a race horse and is on the phone with his bookie at least once during the draft. He’s highly noticeable as his area will be riddled with useless Fantasy Football magazines and charts that look like racing forms. He’s most likely a smoker and will want to take a smoke break after certain rounds of the draft. He’s more likely to make the long shot draft selections because of his “gut feeling.” He also can be easily manipulated by casually mentioning injury problems of certain players. 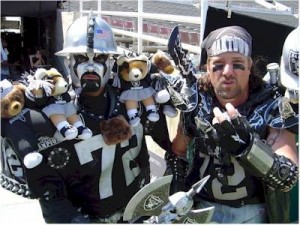 The Beanie Baby collectors conference is totally hardcore this year.

This guy LOVES his NFL team. He loves them so much that he has a hard time separating his fantasy football team with his real team. He’ll be the one wearing a jersey and talking up the upcoming season. If his team is a recently successful one, watch for him to draft multiple players from his team including the backup running back in later rounds because he thinks he knows something the rest of the league does not. Good news is – he’s more of a “big name” guy who will rarely do the necessary research to know a good player from a good name. 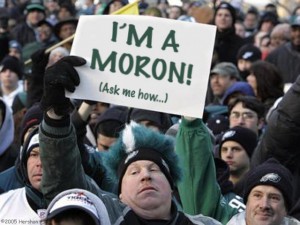 This guy is new to Fantasy Football but is trying to learn as quickly as possible. Or he’s the guy that has no idea he really sucks at this. He’ll be the one asking the most questions and may not have much research materials with him. He’ll also mispronounce names and will be the first one to call out a name who has already been drafted. Don’t worry too much about this guy as he poses no threat but befriend him because if by chance he grabs someone who is worth something later in the season, you can steal him for a song. 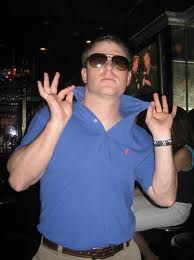 Captain “Too Cool for the Room”

He struts in boasting a league victory that he’s milking from eight years ago as he thinks he’s God’s gift to fantasy football. He’ll rarely toss out a quality joke but will most likely be the first at putting others down for questionable draft choices. This guy is a pain in the ass because he’ll win enough during the season that it will eat at you from the inside and you’ll eventually want to take him out with a piano wire like Carlo in the Godfather while he kicks through a windshield. He can be taken care of rapidly by appeasing to his ego and feeding him as many beers as possible before the draft to weaken his quality choosing ability. 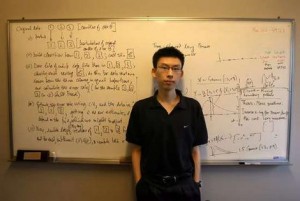 Quite possibly the scariest Fantasy Football player EVER!

Upon further review, this guy will have the best looking draft in your league year in and year out. He’ll also draft regarding to your league’s point scoring system as it relates to strength of NFL schedule, and bye week placement. His biggest downfall is his reliance on the numbers over natural instinct and one questionable draft pick can send his next four picks spiraling out of control before he can get back on track. Beat him by manipulating numbers and making up as many statistics as possible during the draft. 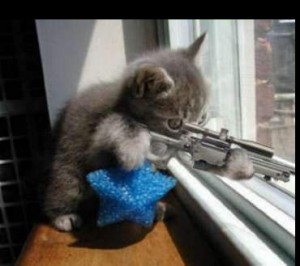 Who is this guy? Where does he come from? He’s quiet, he’s a relatively unknown person amongst your circle who tends to draft well, is two steps ahead of you, and swoops in to pick up a highly coveted under-the-radar guy. He’s almost impervious to ridicule and revels in you over or under hyping his players. Even players that you once thought of as a stretch, become intriguing under his guise. This guy is a formidable foe who is the most dangerous person in your draft. Mainly because he’s the one who gets you flustered the most by second guessing your own strategy. Only way past this guy is to make friends with him so hopefully he becomes a welcome ear to trade talk later in the season. 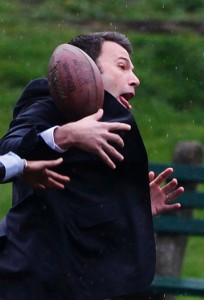 This is the guy who won’t stop talking trash the whole time. He’ll either be making fun of your team name or will have some smart comment to say about almost every pick made on the board. Meanwhile he thinks his draft picks are ALWAYS 100 percent dead on and he’s all but guaranteed a championship by round three. He also has no life and will most likely go home and cry himself to sleep watching Free Willy 2… again. This guy has an essence of “The Homer” in him, so watch for him to take a KR/WR from his favorite team come round 13 along with the statement “I can’t believe this guy fell this far” exclaimed to the crowd as he selects him. The best way to shut him up is to beat him…. Either during the season, or physically… right there at the draft while the rest of the managers pour beer on him while he’s on the ground. 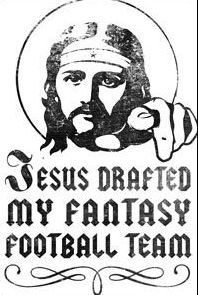 You can really be your own worst enemy. You really have to ride that easy middle as much as possible. Never get too high, never get too low. You have a tendency to question your picks constantly, frantically search for that diamond in the rough come your selection before the time runs out, and get insanely angry over your coveted player being picked one spot before you. You probably have drank too much during the draft so your late round picks mean almost nothing to you at this point. Stave off being too confident during the draft as your witty repartee may not be as sharp after a sixer of PBR and an entire loaf of pepperoni bread in your gullet.