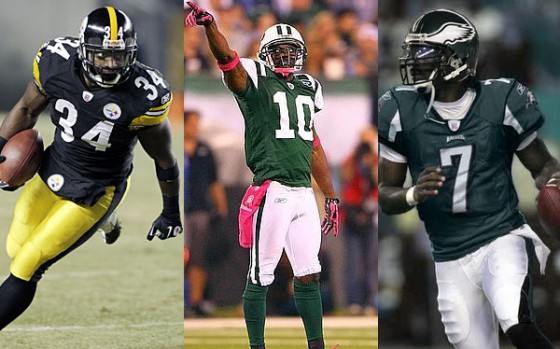 Even though the 2011 fantasy pigskin season just came to an end, it’s never too early to prepare for next year, especially if your quest to achieve fake glory fell short. One of the rituals I’ve been successfully employing for the last decade is to compile a list of players to steer clear of once the season wraps, while it’s still fresh in my mind.  Without further ado, here are ten players to avoid in 2012 fantasy football drafts.

You can choose to believe if you want to the Raiders are getting their act together after hiring Reggie McKenzie to run the front office and canning first-year coach Hue Jackson. Who knows, maybe they are? Well, I'm not buying what they're selling. Especially with washed-up Carson Palmer and his dead arm under center.

I realize he had zero time to acclimate himself into the offense and none of his offensive compadres could stay healthy, but 13 touchdowns and 16 interceptions speak for themselves. I'll take Andy Dalton or Jay Cutler before I draft Palmer. Expecting him or this team to wave a magic wand and become smart and disciplined is fool's gold. 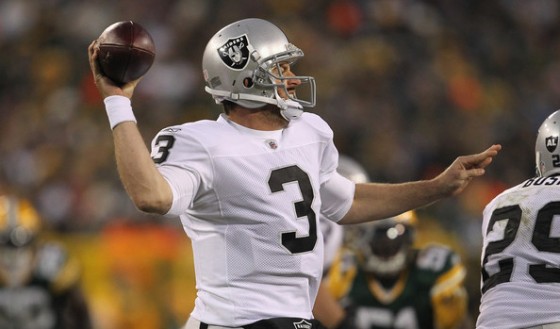 It’s no secret Mike Shanahan loathes fantasy football. I’ve never actually heard him declare this publicly but based on the way he handles his backfields, it’s clear the beet-faced shitbird wants nothing to do with one of the key demographics responsible for transforming the NFL into the billion-dollar international cash cow it is today.

F*ck Shanny and his wheel of death backfield. Tim Hightower? Roy Helu? Evan Royster. Earnest Byner? I don't care who he trots out to tote the rock, I'm not getting sucked into what promises to be a season-long nightmare. Unless the 'Skins select Trent Richardson (doubtful), you'd do well to back away from this powder keg. 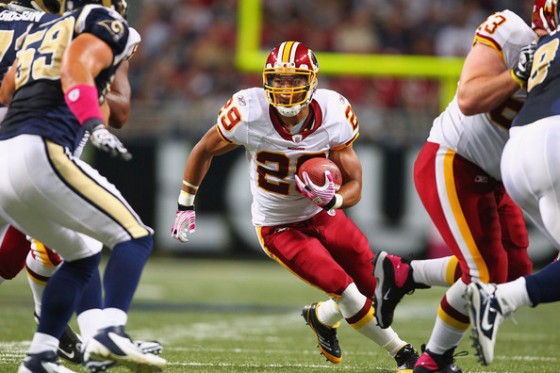 Let me just get this out of the way now: Vinnie isn't a number one wide receiver. Like DeSean Jackson, he's a dangerous deep threat capable of posting monster Sundays. What he's not is reliable. Legit, start 'em every week wideouts catch more than 60 passes for 1106 yards. They also don't total less than 65 yards in ten of 16 games.

If you can land Jackson in the fourth- or fifth-round as your number two receiver, by all means do so. However. don't make the mistake of thinking he can lead your pass catching corps to a championship. Plus, there's a possibility he could switch teams, which would lower his value even more, unless that new team in New England. 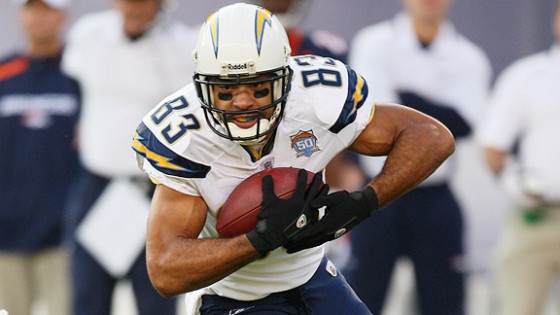 Despite declaring Vick a sure-fire Top 5 pick last January, I wasn't dumb enough to reach for him in any of my 2011 drafts. Taking quarterbacks in the opening round is never a good idea, especially ones that are injury-prone and inconsistent. Shrewd owners target value in the later rounds. See Matthew Stafford and Cam Newton.

Vick did set a career high in passing yards in '11, but saw his completion percentage and touchdown passes decline. He also doubled his turnover total with 18 and scored eight fewer rushing touchdowns. And missed three games to injury. Will he rebound in 2012? Maybe, but he isn't worth an early pick. 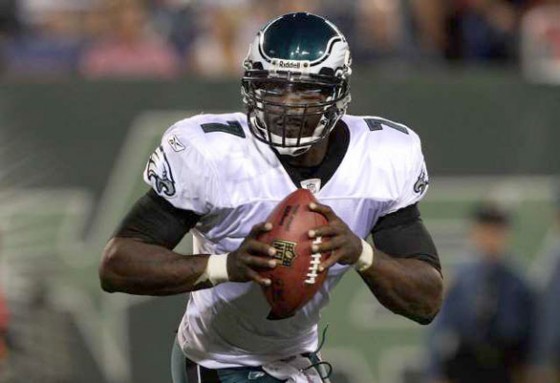 All aboard the Reggie Bush bandwagon! After five injury-plagued underachieving seasons in New Orleans, the stripped Heisman Trophy winner finally looked like a professional running back in Miami. Well, for about seven games he did. Most of his damage was done against soft defenses (KC, WAS, BUF) after an 0-6 start.

Now, 1382 yards from scrimmage and seven touchdowns is nothing to dismiss. Bush ran hard and most importantly, stayed healthy until the final week. The problem is one year is too small a sample to remove him from my "do not trust" list. He will likely be drafted as a number two back and that's just insane. Let someone else reach for the AFC's version of Felix Jones. 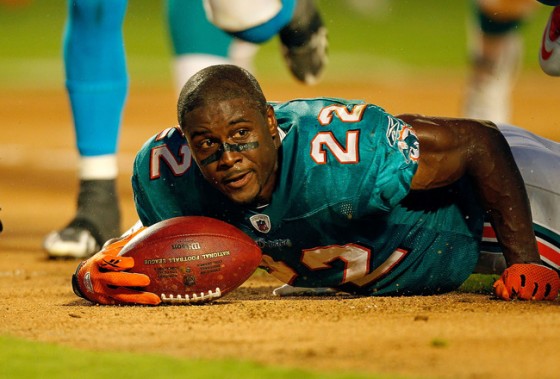 This guy was a complete and utter bum for four years with Atlanta and St. Louis: four touchdowns, 26 games missed to injury, a total of 89 receptions. Then he explodes for 54 catches and 11 scores? I smell a big fat rotten rat in the state of Texas. And it stinks to high heaven.

Obviously having Tony Romo under center helped Robinson's stats, as did avoiding hamstring pulls, sprained ankles and broken leg bones. That said, this reeks of Brandon Lloyd, who came crashing back down to terra firma after netting 11 touchdowns in 2010. There are too many talented mouths to feed in Big D to think L-Rob will do an encore in 2012. I'll pass. 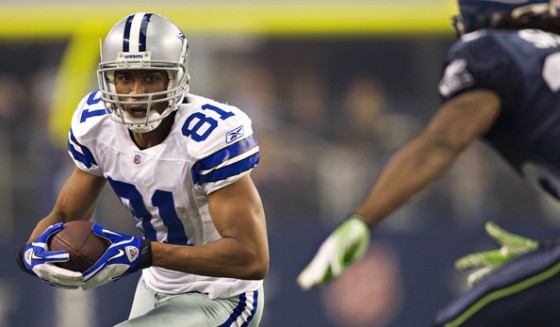 Offensive coordinator Brian Schottenheimer is gone, but Mark Sanchez, Shonn Greene, Santonio Holmes and Plaxico Burress remain. Oh sure, Sanchez threw for a career-high 26 touchdowns and Greene rushed for over 1000 yards and Holmes and Burress combined for 16 scores. And yet they ruined many a fantasy season.

If you believe Tony Sparano, who has never been an NFL offensive coordinator, will transform the Jets into a scoring machine, good luck with that. I've been burned too many times to trust any of these chumps. Barring a trade for Peyton Manning (ain't gonna happen), look forward to another painfully bland season for gang green. 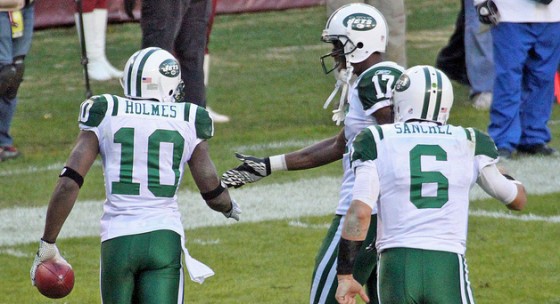 Mendenhall was on my do-not-draft list for 2011 due to 400-plus touches in 2010. He makes it this year for obvious reasons: a torn ACL suffered two weeks ago. Not wasting a pick on a guy eight months removed from major knee surgery seems like common sense, but that won't stop some owners from rolling the dice. 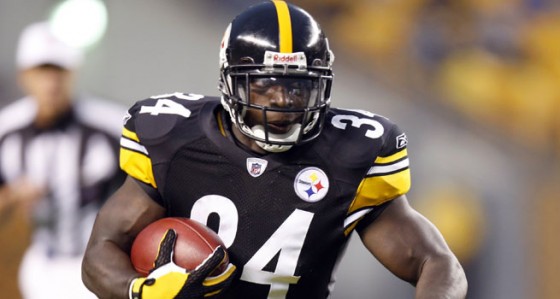 Speaking of injury-prone teases, I give you the perpetually hobbled Run DMC. His talent is unquestioned. When healthy, he might be the best pure running back in all of football. He's capable of scoring from anywhere on the field. He's fast, dynamic and powerful. He's also totally unreliable.

Here's the deal with McFadden. If you draft him, you HAVE to grab Michael Bush too. This wasn't such a big deal when Bush could be had in the eighth- or ninth-round. But after rushing for nearly 1000 yards and seven touchdowns in nine starts, there's no freaking way he'll last beyond round five. Sorry, but drafting two backs from the same team in the first five rounds is an exercise in stupidity. Let some other dope deal with this never-ending migraine. 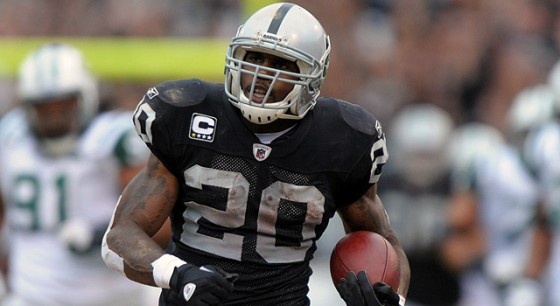 Have we seen the last of AP dominating fantasy football? Maybe. A shredded ACL and MCL in a meaningless Week 16 game of a losing season fu*ked his prospects for 2012. Had he escaped unscathed, he would've had competition from LeSean McCoy and Arian Foster for the number one overall pick. Now, he's persona non grata in my book.

Let me clarify. Unlike Mendenhall, if Peterson were to slip to the middle rounds (he won't), I would definitely snatch him up. He's a freakish athlete who could return to form by the time the 2012 fantasy playoffs roll around. That being said, Peterson's aggressive running style is totally reliant on leg strength, and his legs won't be 100% until 2013. When I draft players in the first two rounds, I want as close to a sure thing as possible. Unfortunately, Peterson is one giant question mark. 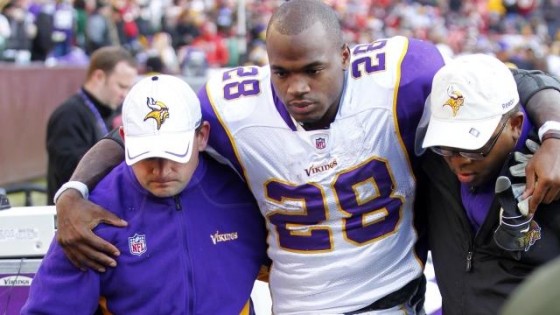