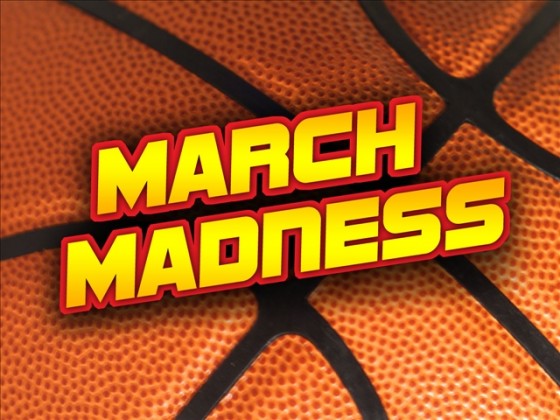 The wait is over. March Madness is upon us. Stay tuned for two-plus weeks of crushing blowouts, thrilling buzzer-beaters, stunning upsets and individual performances that will be ingrained in the memories of college hoops junkies for years. When it comes to pure sports drama, nothing can compete with the pulse-pounding excitement of the NCAA Tournament.

Dreams will be shattered and legends will be born until one fortunate team cuts down the nets on April 4. Plenty of players between now and then will find themselves in the spotlight. Setting aside obvious choices like Jimmer Fredette, Jared Sullinger, Kemba Walker and anyone wearing a Duke uniform, here are ten guys to keep an eye on during March Madness.

Freshman big man Jared Sullinger fuels the Buckeyes’ attack, but it’s the perimeter shooters that make them the odds-on favorites to win a title. None more so than 6’6″ senior guard Jon Diebler, one of the deadliest three-point specialists in the field of 68. He’s knocked down a team-high 102 treys, is hitting at a gaudy 50% clip and has converted 24 of his last 38 bombs. Leave him open at your own risk. 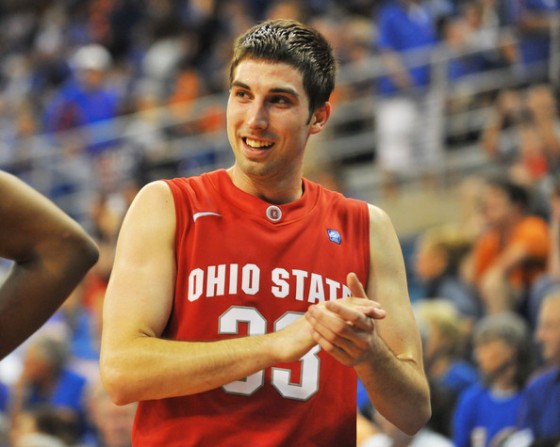 Few power forwards are as imposing as Jackson. The senior leads the Orange in rebounding (10.6), blocks (2.5) and is second in scoring (13.0). Moving him off the blocks on either end of the floor is next to impossible. His offensive repertoire relies on strength and intimidation. However, he’s experienced and disciplined, as evidenced by his 2.3 assists per game and the fact that he’s yet to foul out of a game this season. 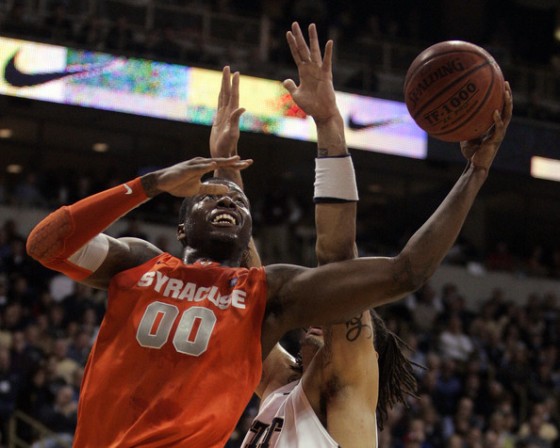 Searching for a sleeper pick? Look no further than Old Dominion, who are led by senior forward Frank Hassell. He leads the Monarchs in scoring, rebounding and blocks, and has notched 15 double-doubles. Unlike other players at his position, he’s also a solid free-throw shooter at 73%. Hassell has played big against top competition, including victories over fellow tourney teams Clemson, Xavier, George Mason and Richmond. 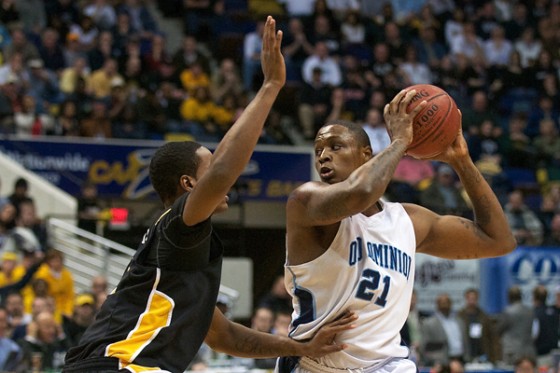 Senior guards who can score are always dangerous this time of year and Hardy fits the description. The Red Storm have won 10 of 13, due in large to Hardy’s offensive prowess. He dropped 26, 33, 28, 19 and 34 in wins against Duke, UConn, Marquette, Pitt and Villanova, and is shooting 35% from long range and 84% from the charity stripe. A potential showdown with Jimmer Fredette looms in Round 3. 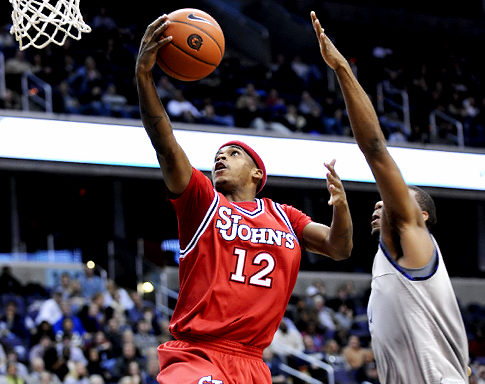 Purdue ended the season losing back-to-back games, but prior to that reeled off seven consecutive versus the likes of Ohio State, Wisconsin and Michigan State. The long, lean Johnson tops the Boilermakers in scoring, rebounding and is their second-best free-throw shooter at 81.5%. In games in which he recorded a double-double, they are 7-3. If he’s on point, Purdue is a legit Final Four candidate. 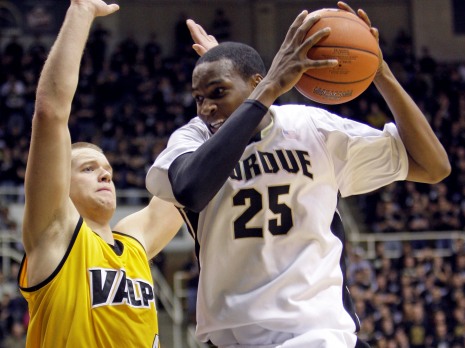 The Jayhawks are a dominant inside team, but a lack of consistency from the backcourt could put a damper on their championship aspirations. Reed is far from an elite scorer, averaging only 10 points per game. However, he leads the team in three-pointers made with 66 and will be called upon to knock down open shots on the road to the Final Four. If he answers the bell, Kansas will be tough to beat. 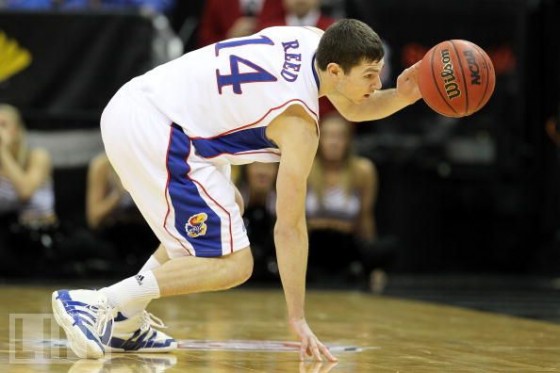 Need another sleeper? Go with Richmond. Harper, a 6’10” senior forward, is a dual-threat post player who can be a matchup nightmare due to his perimeter touch. He leads the Spiders in three-point percentage (46.5%), scoring and rebounding, and combined with guard Kevin Anderson form one of the more potent inside-outside combos in the tournament. 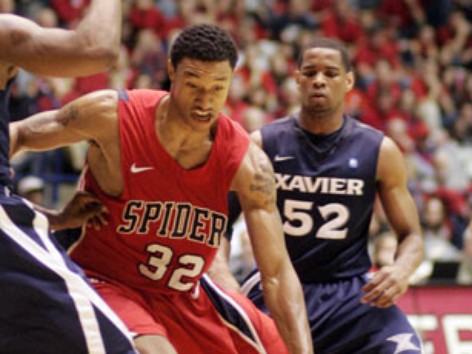 Missouri’s helter-skelter style makes them an unpredictable team to face. They haven’t defeated a ranked opponent since January, but Denmon gives them a chance every time they take the floor. He’s averaged 20 points and hit 22 of 48 from downtown in his last eight starts. They could be one and done, or they could make a push toward April. As Denmon goes, so go the Tigers. 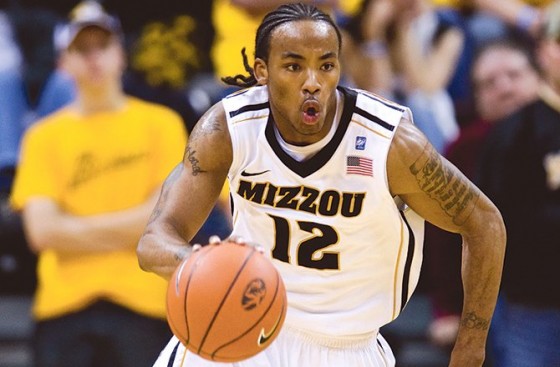 The Texas Longhorns are about to be introduced to one of the country’s most skilled and unheralded centers. His name is Keith Benson. The 6’11” senior is netting 18 points, 10 boards and nearly 4 blocks a game. He’s gone toe-to-toe with JaJuan Johnson, Jared Sullinger and was dominant against Michigan State and Tennessee. Oakland is a smart, veteran team capable of springing an upset or two. 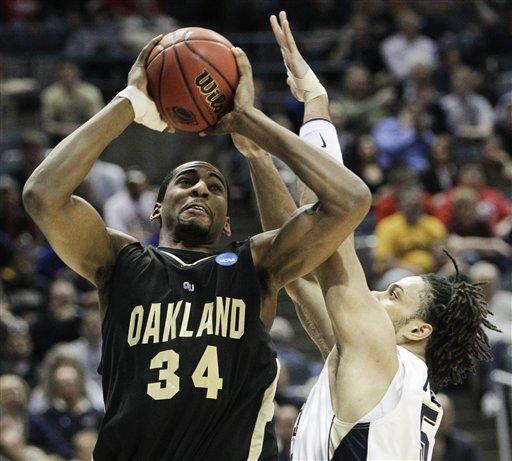 If the upstart Aztecs are to make a deep run, it will be because of Leonard. The sophomore forward has become one of the nation’s elite talents. He’s registered eight double-doubles in his last twelve and the team is 7-1 in those games. He can crush in the paint or step outside to drop a three. With defenses collapsing inside to stop him, shooters are getting easy open looks, which makes SDSU a feared team. 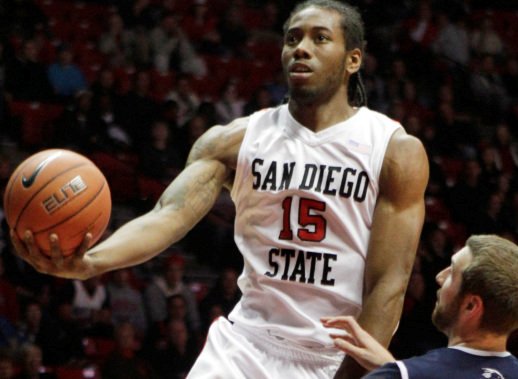