The Ten Most Pointless Sidekick Deaths 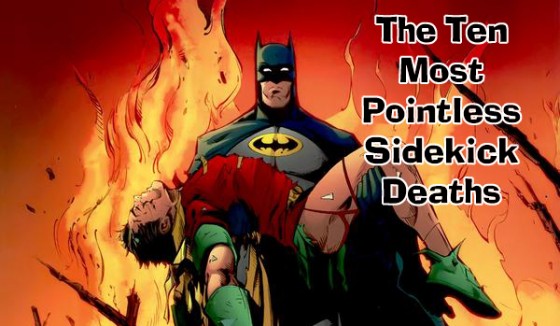 Sidekicks are often around for one reason, and one reason only: gun fodder. Well, that and comic relief. Think about the original TV’s Robin. It was all, ‘Holy ______ Batman’, and just a bunch of high-pitched obvious observations. Yet, he became so well-known that he is, to this day, the guy you think of when you think of sidekicks. Alas, sidekicks all too often succumb to horrible and inexcusable deaths whereby bullets, lasers, bombs, and bodily dismemberments plague them without fail. Here are ten of the finest examples of pointless sidekick deaths in honor of one of our favorites, Mr. Spock.

Disney’s The Black Hole was a pretty decent sci-fi flick featuring enough borrowed clichés to fill a complete film. In it, one of the major villains is a robot named Maximilian whom a human crew — aided by two hero robots — must deal with. The two hero robots are V.I.N.CENT and his corroded ancient counterpart, Old B.O.B. Old B.O.B. is a crusty codger who does his best to keep up, but ultimately sacrifices himself for the survival of his friends. Selfless? Of course. Gut-wrenching and pointless. Probably.

Speed’s plot is about as contrived and basic as plots can get: Ted ‘Theodore’ Logan must keep a bus in motion or else Dennis Hopper’s gonna blow the shit out of it. That’s pretty much the long and short of it. Anyway, Ted’s pal is Harry; sidekick, but rather knowledgeable. Well, until he stupidly goes to Hopper’s house and steps right into a booby trap. Like an idiot. Because that’s what sidekicks do: die. 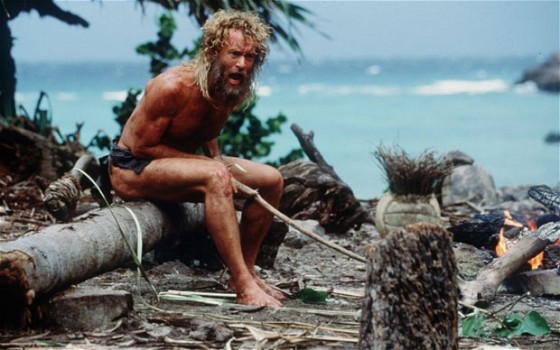 Chuck is stuck on an island in the middle of nowhere after the delivery plane he’s on crashes into the ocean. He’s alone, scared, and going full-on bat-shit crazy. So, what’s a dude to do when you’ve meandered your little slice of paradise until you’ve gone bonkers? Why you snazz up some sea-borne detritus into a friend, that’s what! Chuck finds a volleyball from the Wilson company, gives him a bloody handprint face and a tuft of foliage for a suave do, and it’s all good. That is until they plan their escape and Wilson floats off into the sunset in a heartbreaking scene. Stupid ball.

It’s not every day in a film that one of the major players gets gunned down, especially when you’re James Bond. In The Untouchables, Sean Connery plays Jimmy Malone who is in the ‘Hat Squad’ with Costner’s Eliot Ness. Their entire lot in life is to seek out and arrest Bobby D’s Al Capone. It’s a back and forth for the entire movie, until the proverbial bullets hit the proverbial Jimmy when he’s gunned down with a Tommy… uh… gun. Anyway, another awesome sidekick falls to his demise, but not until he spills the beans on the villain’s nefarious plot. Good for him. 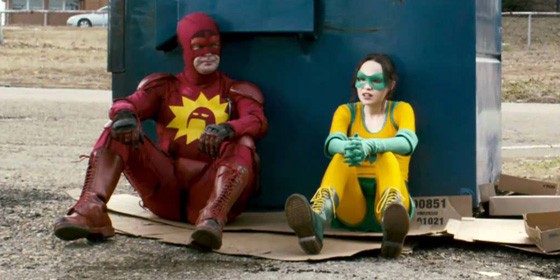 The film Super is the tale of a deranged psychopath named Frank who loses his drug-addled lady to a bunch of thugs promising a permanent high. Frank, after learning of his woman’s betrayal and subsequent dumping, pretty much loses his mind, too, and begins thwarting crime under the guise of The Crimson Bolt after accepting his identity from a Christian TV show’s phony savior. His exploits become local legend, and an equally psycho fan, Libby, turns her attention to becoming his sidekick. Frank eventually relents, and Libby becomes Boltie. Too bad for her that upon their daring (see: stupid) rescue attempt of Frank’s wife, Frank remembers body armor, but a bullet to the head is a death sentence for Boltie. In a truly unnecessary death, Libby dies instantly as her head is blown apart. It was sad. Disturbing, but sad. 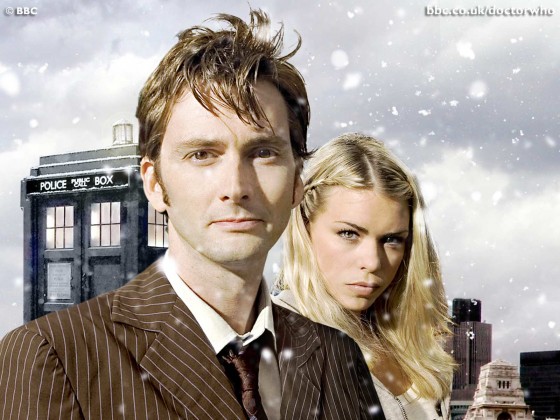 The BBC TV show Doctor Who has been around since the dawn of humanity, and God saw this, and it was good. Over the years, the Doctor has frequently had a sidekick or companion who has traveled with him in the TARDIS to various times and locales. But one of the most liked and fan favorites of the series was Rose Tyler, who began her tenure with Doctor 9, Christopher Eccleston, and did a fine job of looking hot and doing… stuff. But after the regeneration into Doc 10, David Tennant, he manages to lose her to an alternate parallel universe and time. Okay, so she wasn’t really “dead” dead, but damn near and it was oh so sad. There were a lot of tears. 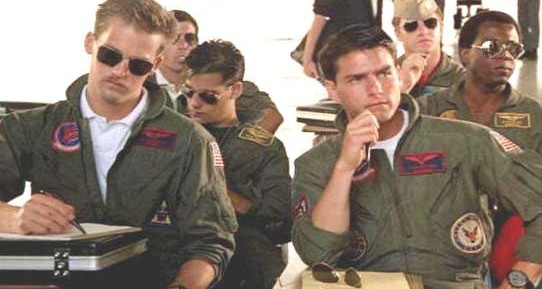 The most homoerotic flick about jets ever made — outside of a ESPN film shot in Rex Ryan’s office — comes this Cruise vehicle. Basically, and speaking of basic plot devises, Maverick and Goose find their way to the Top Gun academy where the best of the best pilots go to play shirtless volleyball and take manly showers together. Ultimately, during a dogfight in the sky featuring several jets including Goose and Maverick, something goes horribly awry and the two hotshot pilots must ejaculate… I mean eject, and Goose breaks his neck. And then dies. Horribly. It’s very sad to several men who’ve seen it. 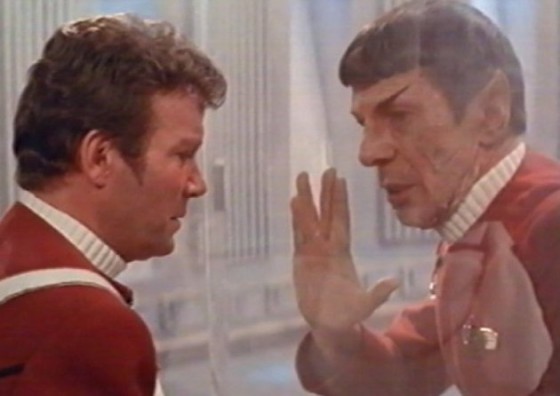 Kirk and Spock. It’s hard to name a more important pair to the world of TV and movie sci-fi. But, all wasn’t always happy glee. In fact, there was once a time when Kirk had to watch his best friend die, horribly and pointlessly. The Enterprise’s warp drives were damaged and there was no hope for escape without them. So, after Kahn’s activation of the Genesis Devise, the Enterprise is crippled and only one man can handle the huge amount radiation leaking out: Spock. Spock heads in, fixes the drives, and succumbs to the massive radiation as he dies at Kirk’s feet. Pardon me, there’s something in my eye… 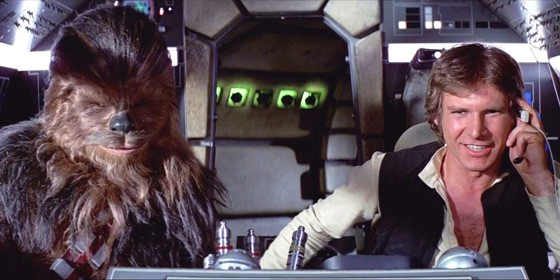 This one literally kills me. When I first read this a few years ago, I had to go back and re-read the paragraph four or five times through tear-smudged eyes. I’m having a tough time even writing it, so here’s the Wiki entry all about it.

“The 1999 novel Vector Prime by R. A. Salvatore (the first in the New Jedi Order series) marks Chewbacca’s last chronological appearance in the Star Wars universe. Chewbacca dies when he sacrifices his life to save Han’s son Anakin from a collision between the planet Sernpidal and one of its moons.“ 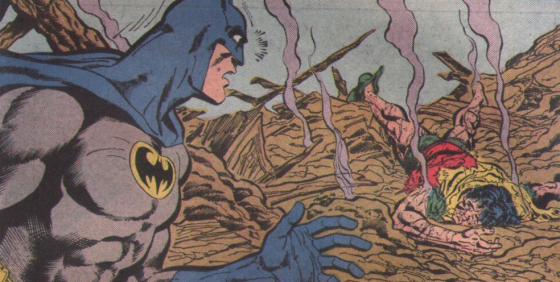 Boy, people sure loved Dick Grayson. He was America’s Robin and he sidekicked the hell out of his position at Batman’s buddy. But, as is so often the case, Robin outgrew one set of tights and chose to move on to a brighter glow in a stronger spotlight becoming Nightwing. This left Batman without a Robin. Soon, he would bring on Jason Todd and begin his training into the dark world of the Caped Crusader. But then something weird happened. Readers began to write in about their intense dislike for the new kid, some going so far as to vote on his death! The comic fans wanted Robin dead! That is some twisted shit! So, the writers said, “Fine. Then we’re gonna kill him real good.” And they did, too. First, Joker beat the ever-loving shit out of him, and then left him to die in a building wired to blow. Even Batman can’t be everywhere at once, and Robin was killed. Real good. But, since comics are anything but reliable, Todd came back as Red Hood. But still: nasty, pointless, sick death. People are jerks!