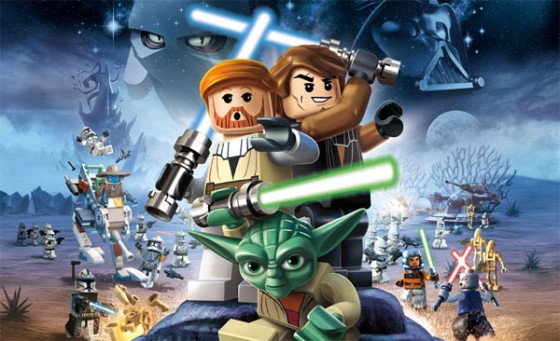 Ever since 1999, when Star Wars was officially licensed to LEGO, collectors have scrambled to snatch up the latest sets. And often times, little did they know that many sets would be retired in favor of newer, more dynamic scenes, vehicles, and well-known characters. Especially people like myself who owned several of these. In fact, I might even have a few sets in our giant bucket of LEGO. And yes, in case you were wondering, I feel like an ass.

So why the Minifigs? Well, more often than not it’s because they were found in sets  that were retired, or else only released once. Sometimes they were not released to the general public at all. Either way, they’re money, and they’re on this list. 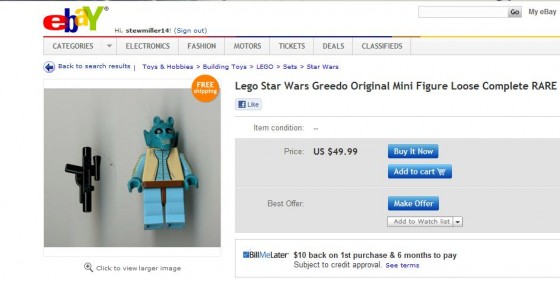 So what specifically makes Greedo so rare and difficult to find? Because LEGO no longer makes the Cantina set, and this was the only way to get the green dude, as well. 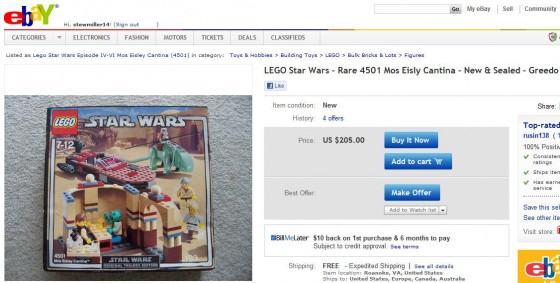 These rare and unique minifigures were randomly inserted into all LEGO Star Wars 2009 boxes (including the battle packs) in accordance to the LEGO Star Wars' 10th anniversary. 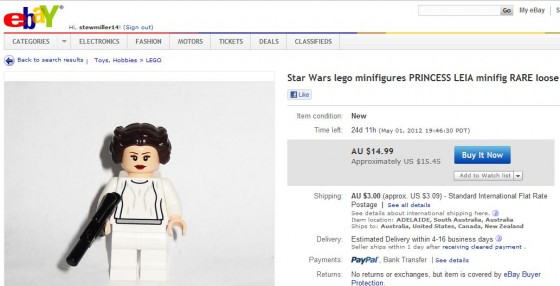 She's particularly rare because she comes with the 10188 Death Star play set that's no longer in production. And rare as well! 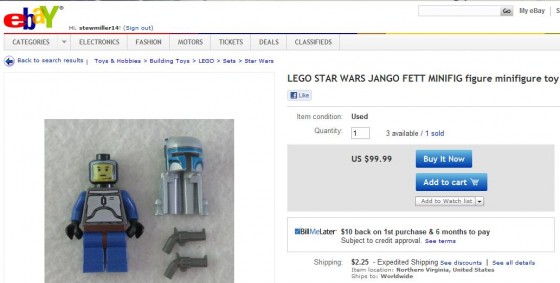 Once again, we have a case of rarity because this set is not only no longer produced, but it's also the only way to get Jango.

You can find him the set “Watto’s Junkyard” (7186). This set came out in ’01 and sold for $49.99 and the two minifigures that came with it were Aldar Beedo and Watto. The set also had two podracers, one blue and one green. The only place you can find these Star Wars Lego minifigures -including Watto- is in this particular set.

It's a bit more simple with this Leia figure. She was actually molded incorrectly and sold in the Death Star set. Until they caught their mistake. Too late. 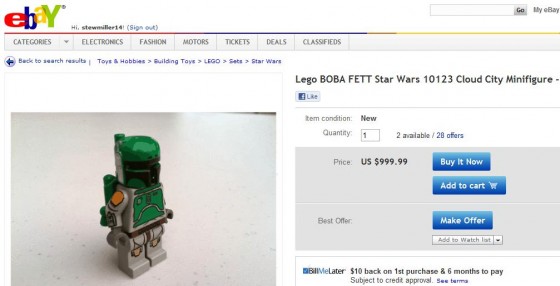 In this case, we have a redesign for a completely different set than either of the original three of which Fett was an accessory. Thus, a rarity from the defunct set of Cloud City.

This one's pretty obvious: He's rare because only a select few were released to very specific people. Lucky. 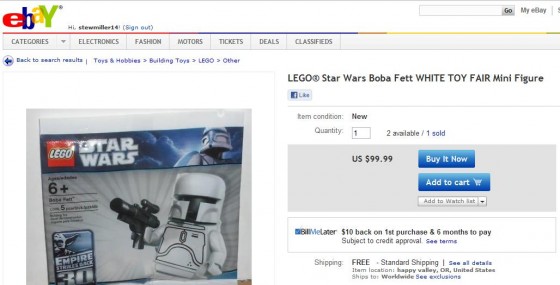 Wow. This Fett's rare but because he was sold in an odd array of locations. The set was available in Sweden with purchase of 8097 Slave I, in Canada at a major toy fair, in America to builders of the giant LEGO mural at Star Wars Celebration V, and in the United Kingdom and Ireland with purchase in Smyths toy stores.

He's the originally released mold of Vader, but it's the simple fact that he's from a Toy Fair from Germany that makes him so rare in the States. It's unknown if his scarcity is as high in and around Nuremburg.