Ten Questions that Need Answering in A Dance With Dragons 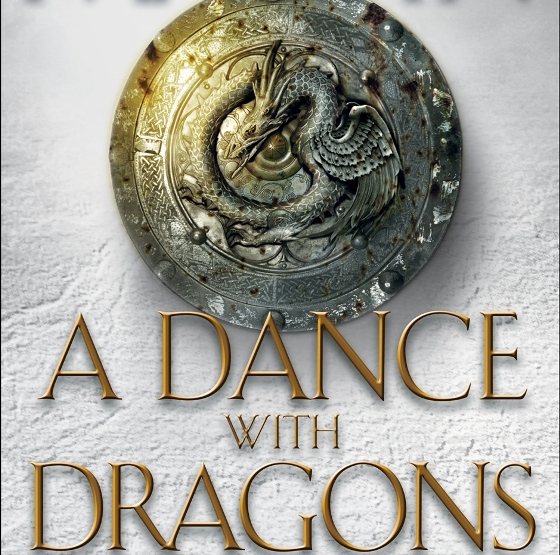 Since we are now under a couple of days until the Chinese Democracy of books, George R. R. Martin’s A Dance With Dragons is released, I’ve begun to think back to all of the unanswered questions I have about the stellar Game of Thrones series. And there are quite a few of them.

So let us take a look at ten questions I would like to see answered in the long awaited fifth installment of this masterpiece. Anyone who has not read up to A Feast For Crows should not read any further… because I’m about to get real spoilery if all you have done is watch the HBO series. Last chance… SPOILERS AHEAD!!!

What ever became of Rickon & Osha?

At the end of A Clash of Kings, Osha took Rickon and headed to parts unnamed. She did so because Maester Luwin said that Rickon and Bran needed to be separated to keep them better hidden. Here we are two books later and we haven’t heard a peep from them. Are they alive? Where did Osha take him? To live amongst the wildlings? Oh, so many questions…

Is Davos Seaworth still alive? And if so, for how long?

The last we heard from The Onion Knight, he had confessed to King Stannis that he had sent Edric Storm, who Melisandre wanted to sacrifice in a blood ritual, into hiding. Stannis was about to execute his hand with Lightbringer before Davos presented him with the letter from the Night’s Watch calling for aid against the wildling attack. This is the last we hear from him, except for a mention in A Feast For Crows in which Pycelle claims that his head and hands are on display at White Harbor. Yet it is a well known fact that Davos had POV chapters in the upcoming book. However, one shouldn’t breathe a sigh of relief yet. Remember that A Dance With Dragons’ timeline runs simultaneously with A Feast For Crows. He could meet an undesirable fate in said POVs. We know by now that George isn’t scared to kill off a character, even if it is a POV.

Is Theon Greyjoy a prisoner? Will he reappear in this installment?

The last we heard from Theon, he had been double-crossed by Ramsay and Winterfell was burned to the ground. The reason no one thinks Theon is dead is because George makes it very clear when a character dies and leaves little doubt. We never see Theon die “on screen” so to speak, yet he has not been heard from or even spoken of since then. If he is indeed a prisoner, will we be hearing from the much hated young man this time around? And is redemption even possible for such a flawed character? After seeing how Jaime has transformed over the course of the series, anything is possible. I hope to hear from Theon again this go around. 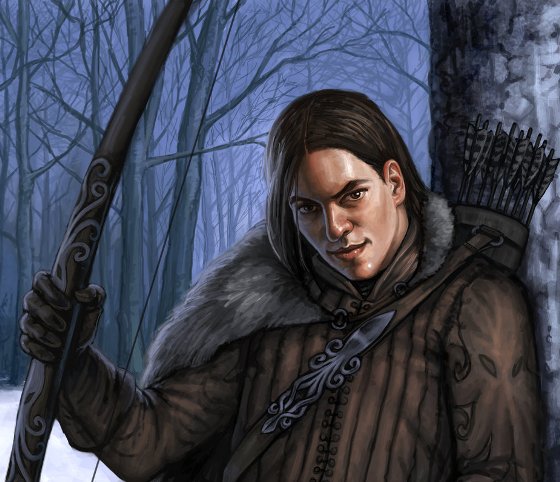 Will the Realm recognize Stannis as the true heir to the Iron Throne?

Of all the characters in this story, love him or hate him, Stannis has the most legitimate claim to the throne. Even though he doesn’t want to be King, he knows it is his duty. And after the scheming that Pycelle has done in King’s Landing to assume control of the realm, might there be an uprising amongst the people? If so, Stannis could make his move. However, is he still being manipulated by the Red Priestess Melisandre? There are so many things we still do not know about Stannis and even though I know getting a POV chapter out of him is probably hoping for too much, I hope we see more of the true heir to Robert’s throne.

Was the gravedigger really The Hound?

Even though The Elder Brother on The Quiet Isle tells Brienne that the Hound is dead, not many in the fan community believe it. Especially after she passes a seven-foot tall gravedigger right before she is told the story of how he died. This could just be Martin leading us Hound fans on, but I have a hard time believing such a well developed secondary character would have such a premature and anti-climatic ending. Same for his brother, Gregor. For three books we were hyped up for what would inevitably be an epic showdown between the brothers Clegane. I just don’t believe George will rob the fans of that. Hopefully, this will be addressed in the fifth book. 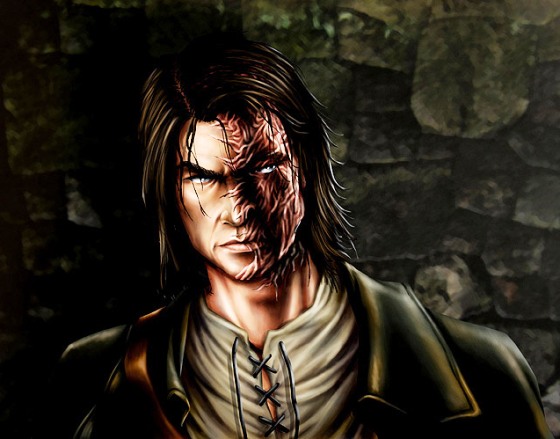 Daenerys, Tyrion & Jon Snow… where the hell have they been?

The biggest criticism about A Feast For Crows is that the three biggest fan favorites, Dany, Jon & Tyrion were nowhere to be seen. It has literally been over a decade since we’ve had a POV for any of these characters, but George claims that this installment is dominated with POVs from these three characters. In fact, they account for 35 total chapters in it. Now that is exactly what I wanted to hear. Where has Tyrion gone since becoming a kin slayer? Why is Dany resting on her laurels – you’ve got three dragons! And what is Jon doing now that he is the Lord Commander at The Wall? Can’t wait.

What was Brienne’s word?

The last we saw of the Lady of Tarth, she was in a pretty damning situation. Hanging by her neck at the hands of Lady Stoneheart for refusing to kill Jaime, she shouts an unknown word. And that was the last we hear from her. What was the word? Was it enough for zombie Catelyn to cut her loose? Well, we may not know. George confirmed on his blog that there would be no Brienne POV in this book. He also didn’t confirm if there would be ones for her in future installments. It would be nice to know her fate in this book, if not at least the word she shouted. 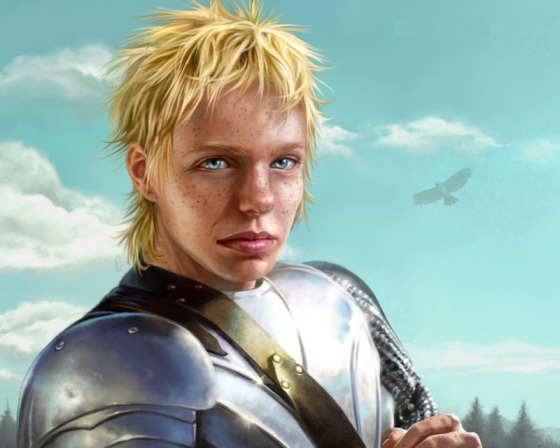 Who did Robb name as heir to Winterfell?

Before The Young Wolf met his heartbreaking demise at the hands of Walder Frey, he forged a letter naming an heir to Winterfell. He argued with his mother that it should be Jon Snow, but she was having none of that. But we, the readers, are led to believe that he did indeed legitimize Jon as a Stark and name him his heir. This is of course with the belief that Bran and Rickon were murdered at the hands of Theon, so it probably matters little. Still, I think this one is going to have quite a twist to it and I hope it happens. I’ve always believed that Jon would eventually go back to Winterfell and become Lord and Ser Jorah Mormont would take over as Lord Commander at The Wall in honor of his father’s last request. We shall see if I am right, and hopefully in this book.

This has been a question that has been at the top of discussions amongst the fan community for the past decade. Whoever or whatever the person in black was that helped Samwell and Gilly in the forest is never addressed again. Just that he had cold hands. The overwhelming desire of the fans is that this is Benjen Stark, who has been missing since the first novel; missing, yet mentioned numerous times in every installment since. It makes sense for it to be Benjen, but again George isn’t real predictable. Whoever or whatever it is, I hope we get some sort of explanation this go around.

Who are Jon Snow’s true parents?

And the grand daddy of all questions in The Song of Ice & Fire community is still at the top of the list here. I held out hope for a long time that Ned really was Jon’s father, but I don’t anymore. I don’t have any real reason to back it up; it’s just a gut reaction. The popular theory out there is that Jon is the son of Rhaegar and Lyanna. This actually makes a lot of sense. When Eddard found her dying in the Tower of Joy, it is said that he made her an “unknown promise.” Hiding her baby, who is truly a Targaryen, sounds like a pretty big favor. And it would also mean that Ned’s statement of, “You may not have my name, but you have my blood” still true. Whatever the deal is, how about dropping us at least a few more clues this go around, George? Thanks. 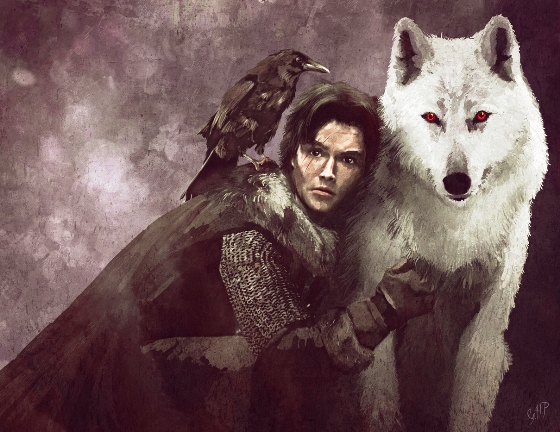 There are many, many more questions out there I’d like to know the answers to, of course. Is Arya’s blindness permanent? Is The Alchemist really Jaqen? Is Jaqen really Syrio? Who is the impostor Arya? Jeyne Poole? What will become of Cersei? Is Jaime really done with her to the point of forsaking her? Is someone going to do the realm a favor and smack the shit out of Pycelle? Will Jorah regain Dany’s trust? Will Littlefinger continue his creepiness toward Sansa? What happened to Varys?

The list goes on and on. The ten I listed take priority and if even half of them get answered in A Dance With Dragons, I’ll be a happy little reader. But the wait is finally over, folks. On July 12th, it’s time to take a sick day from work and speed through this long awaited epic. Happy reading and enjoy the dance. There be Dragons here. 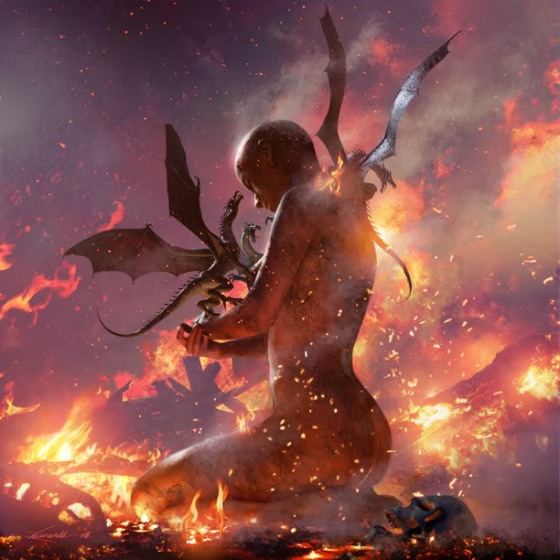