Ten Under the Radar Players to Watch During March Madness 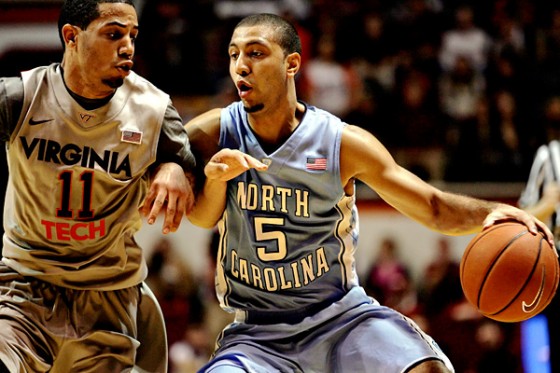 The Madness tips off in less than 24 hours. While feverishly filling out brackets and feebly attempting to identify this year’s Cinderellas, it’s always a good idea to amass as much relevant information as possible. Sure, Kentucky’s Anthony Davis, Ohio State’s Jared Sullinger and the Jayhawks’ Thomas Robinson are studs, but it takes more than a single superstar to cut down the nets. Second fiddles and role players are just as important. Brian Zoubek’s rebounding was vital for Duke in 2010 as was UConn freshman Jeremy Lamb’s clutch shooting last year. Here are ten under the radar players to keep an eye on this March Madness.

The 'Cuse are as balanced as any team in the country, going ten deep on their bench. Without a true superstar to lean on (sorry Kris Joseph), they will need everyone chipping in to advance far, especially now that center Fab Melo has been ruled ineligible. Senior point guard Scoop Jardine's leadership and timely offense shouldn't be overlooked. In the 13 games he scored ten or more points, the Orange were undefeated and won eight by double-digits. In their two losses, he totaled a disappointing eight points.

SEC fans know all about the sharp-shooting Jenkins. His 129 three-pointers led the nation during the season, and his 17 points helped pace Vandy's upset of #1 Kentucky in the SEC Tournament finals. If he gets hot, look out. He dropped double-digits in all 34 games and scored over 20 points in 18 of them. The Commodores received a favorable (on paper) draw in the East, so a trip to the Sweet 16 or beyond wouldn't be shocking. If this comes to pass, Jenkins will be the one leading the charge. 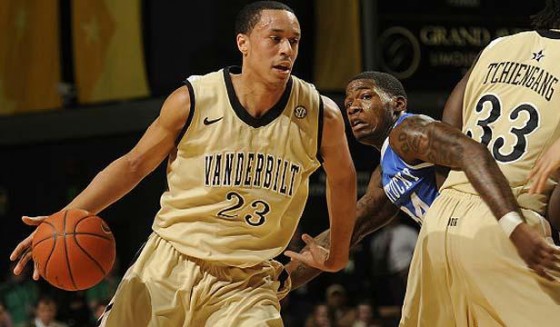 Michigan's glaring weakness is on the glass. They rank 311th in the nation. Not good. For their surprising season to continue, somebody must crash the boards to increase the number of possessions and shots for Trey Burke and Tim Hardaway, Jr.The likely candidate will be Morgan, who led the team in rebounds with 5.5 per game. He notched double-digit boards only three times, but all three were victories, including key wins over Wisconsin and Ohio State. Final Four teams need dirty work guys down low and Morgan fits the description. 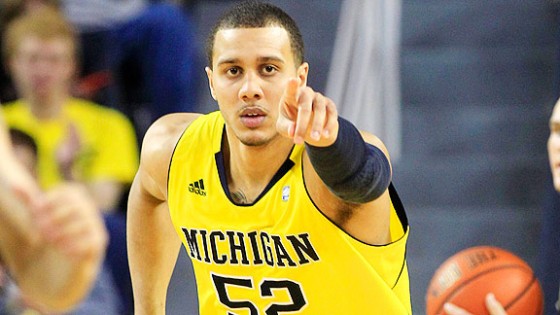 Freshman phenom Austin Rivers gets all the headlines, but Curry is Duke's security blanket. When he finds a shooting groove, the Blue Devils can hang with most opponents. When he's firing bricks, they become very beatable. In five of the team's six defeats, Curry scored 13 or fewer points and shot a woeful 16-45 from the field. With minimal scoring options on a thin bench, the junior guard can ill afford a prolonged slump for the Dukies to advance to the second weekend. 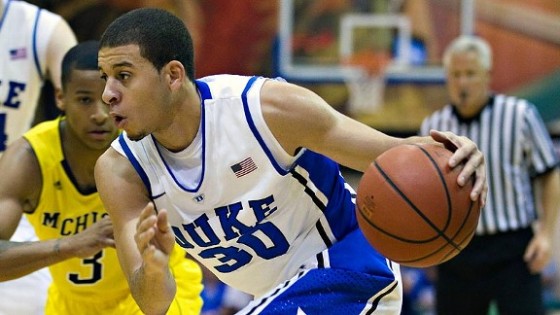 The Shockers are gaining heat as a potential sleeper in the South region with a resume that includes wins over fellow tourney teams UNLV, Creighton and Davidson, and tough losses to Alabama and Temple. If they do end up making noise, converting from beyond the arc will be the reason. Senior guard David Kyles has one job: knock down three-pointers. In Wichita's five losses, he shot 5-32 from three-point range. He's the definition of streaky, but he's one of those shooters who can make a difference in crunch time. 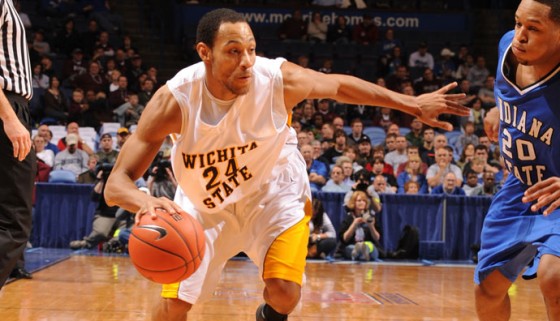 It's been a roller-coaster season for Gates and the Bearcats. An ugly fight in December resulted in a six-game suspension for the senior power forward, and a three-game slide in late January threatened their tournament hopes. But Gates has been on his game of late, coming up huge as a scorer and rebounder in upsets over Louisville, Marquette, Georgetown and Syracuse in the last month. If he and his teammates play disciplined and physical, they could be dangerous. If not, they could be one and done. 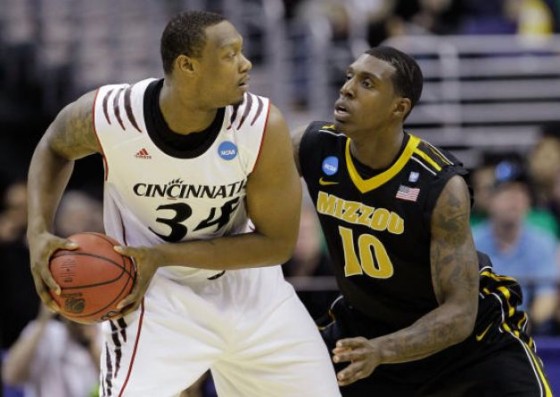 Alongside Ramone Moore, Wyatt forms one of the country's deadliest backcourt duos. While fully capable of hitting from long-range, Wyatt's strength is drawing contact and getting to the free-thrown line. On the season, he shot 85%, including 12-13 against George Washington, 9-10 versus St. Bonaventure and a gaudy 17-18 in beating Massachusetts. His 22 points led the Owls in their January upset of Duke and he was the team's lone bright spot in a blowout loss at Texas. Allowing him to dominate on the charity stripe isn't advisable. 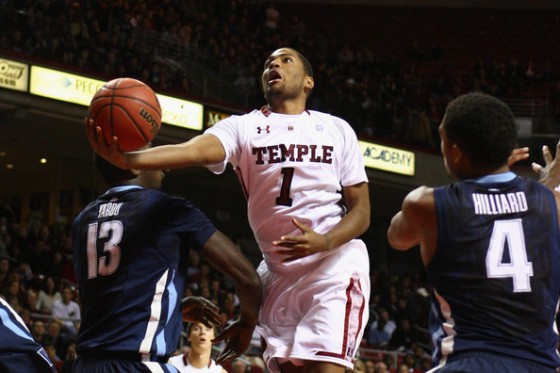 It's probably unfair to label the Spartans a one-man gang, but as Draymond Green goes, so goes the team. That said, sophomore guard Keith Appling has proven to be huge in spotlight games. He dropped 22 in a loss to Duke, and 24, 25 and 20 respectively n victories over Florida State, Indiana and Wisconsin. If State has any hopes of living up to their top seed status, Appling must be aggressive on offense in order to alleviate the pressure placed Green's broad shoulders. 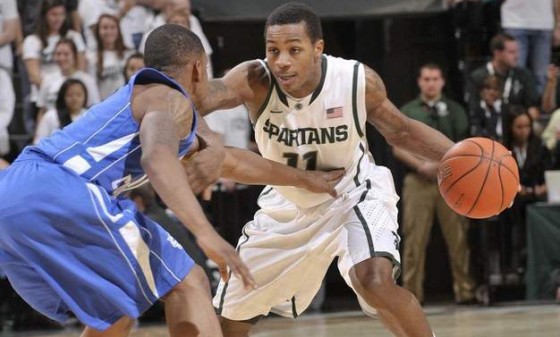 It's no secret that guardplay is critical to winning this time of year. Carolina's frontcourt trio of Barnes, Zeller and Henson is the best in the field. But much of their success can be attributed to Marshall, who ranked second in the country in assists at 9.7 His court vision and pinpoint passing makes the Tar Heel engine crank. He's also been on a recent tear, recording double-digits in points in four straight and double-doubles in four of seven. Slowing him down should be a priority. 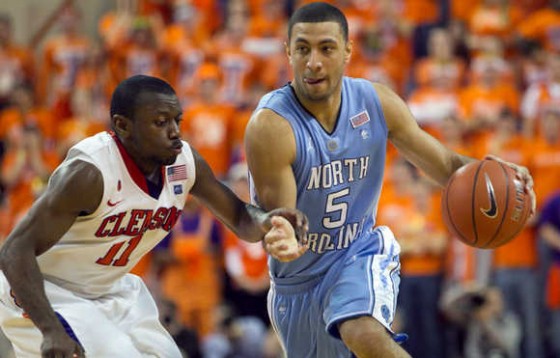 For Missouri to have any chance of proving their doubters wrong, Ratliff will have to make his presence known in the paint. Marcus Denmon, Kim English and Michael Dixon can bomb threes all night, but unless the senior forward works the glass and flexes his muscles, the Big 12 Champs' March journey will be a short one. When Ratliff notches a double-double, Mizzou is 6-2. He played his best game of the season in February 25th's narrow overtime defeat at Kansas and was spectacular in the Big 12 tournament. 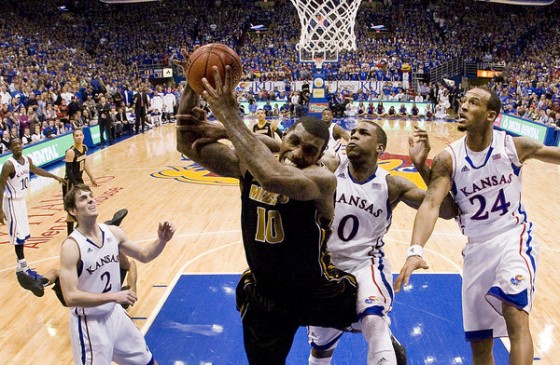