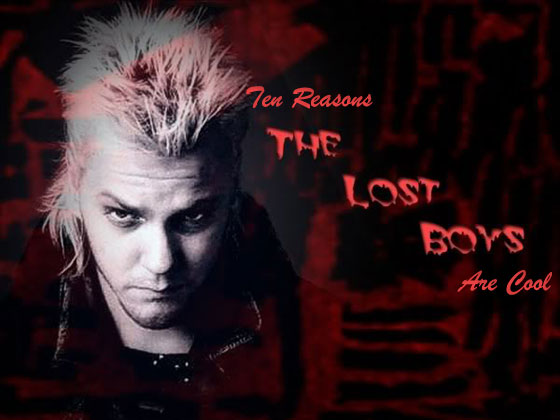 Of all the vampire shows and movies out now, it’s easy to forget where it all began: 1987’s The Lost Boys.

Don’t feed me that Nosferatu or Bella Lugosi crap, no one wanted to be like those freaks. And Interview With the Vampire, published in 1976, wasn’t a movie until 1994.

Sure, most of The Lost Boys actors in this bloody rock ‘n’ roll beach opera are punchlines now (Corey Feldman, Corey Haim, Jason Patric, etc.) but back in the day, when we were kids, we looked up to these teenaged slackers who infested Santa Carla.

Though there are far more than ten reasons, let’s count down some of our favorite things about this film.

This is one of the coolest songs ever sung by anyone ever. It has that dark-side-of-the 80’s feel, and even sounds like a song that the Vampire Lestat would’ve sang in his band had the Anne Rice novels been made into films sooner. 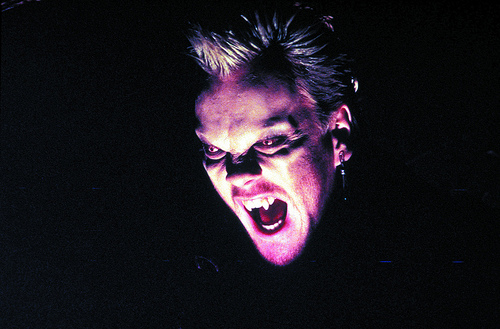 This villain is so cool that we all wanted to be just like him. I don’t care what anyone calls me, but I’ll repeat: Kiefer Sutherland back in the day was super friggin cool. 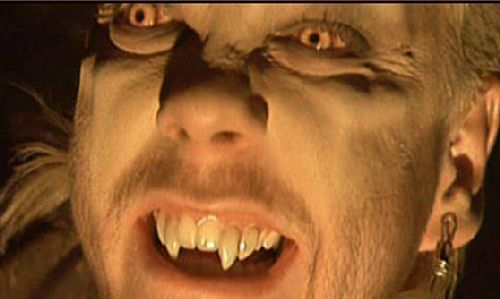 Check it out, you can buy his action figure: 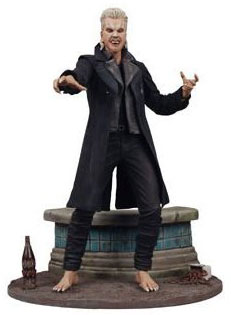 You can also buy Michael, but who would? 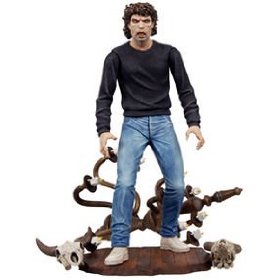 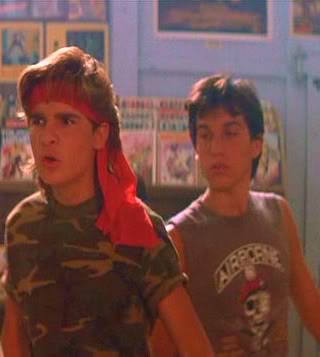 This is back when Corey Feldman was still tha man, and playing a vampire killer certainly paved the road for Buffy.

Jammin’ to Aerosmith and Run-DMC’s Walk This Way and having a bloody good time.

5
Racing on the Beach

Who doesn’t want to have a late-night motorcycle race on the beach? Here is the right video to the wrong song, because everyone wants to make mashups now:

The most intense scene in any movie ever.

So long to Bill from Bill and Ted’s Excellent Adventure.

8
The Rest of the Soundtrack

Cry Little Sister isn’t the only must-have song on The Lost Boys: Original Motion Picture Soundtrack, the rest are great, too, even the covers. 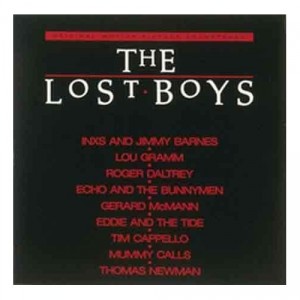 9
Dropping into the Foggy Gorge

While hanging under the railroad tracks, they wait for a train to come and then plunge into the mist.

Grandpa is the hero. “One thing about living in Santa Carla I never could stomach. All the damn vampires.”