When asked to “bring some beer” to a get-together, I am the guy who eschews the mass-marketed, domestic swill and heads straight for the craft brews. I look enthusiastically forward to Fridays when I know that I can head out to the local beer supply store and stock up on a few really good cold ones. Oh sure, I spent years as a younger, far more naïve guy swimming down cans of Bud and Coors, but once I was introduced to what beer really could be, I was hooked. Craft beer is how beer ought to be, end of story.

One of the great things about craft beers is their vast diversity among styles. Producers are constantly trying to adjust how and when to add specific ingredients to manipulate the flavors and strengths of their beers. Hop varietals, diverse malts, and even myriad of outside ingredients only serve to change familiar types into specialties that drinkers crave. Some of the styles that brewers work with are, of course, Pale Ales, IPA’s, Pilsners, Bocks, Porters, and the main type we’re focusing on today, Stouts.

What are Stouts? Well, they’re beers traditionally built on roasted malts and barley resulting in a heavier, very dark ale. Stouts found today can range in flavor and alcohol content from one end of the spectrum to the other with notes of chocolate, mocha, coffee, hazelnuts, molasses, brown sugar, and dark cherries, featuring ABV scales from 6 to 16 percents. The point of a Stout is to be rather strong, or robust, and drunk most often as a warmer, thanks to it’s more prominent alcohol volume. So, it makes good sense why Mid-November features a day dedicated to this cold-weather brew.

One of my favorite beer styles of all time is Stout, hands down. I’m a sucker for its black hue, sweetish tang, syrupy mouthfeel, and rich finish. I don’t necessarily buy Stouts all the time, but when it’s chosen as the beer style for that night, I’ll go out of my way to get several different brands just to see how different one type can be among several brewers. So, read on and discover ten of my favorite Stouts from my reviews over the years. And toast to the roast!

"If you’re interested in the classic at its finest, you can’t come much closer -outside of Ireland, that is- than the ‘Extra Stout’. It is roasty, toasty, and oaky, and is almost always the Guinness you’ll get here in the states when you ask for a Guinness." 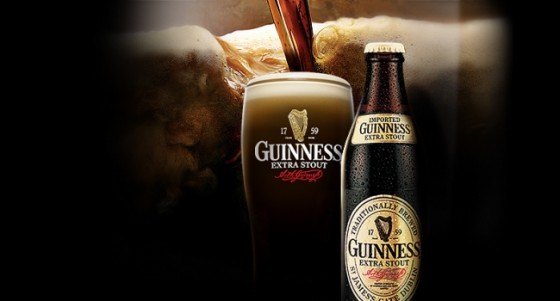 "It’s wistfully sweet with a robe of light cocoa and balanced coffee flavors. It has a backbone of oatmeal for sure, but not so cloying that it reminds you of a bowl of Quaker. But don’t get me wrong: it’s definitely there. There are melodic back notes of buttery caramel and roasted malts with harmonies consisting of toasted nuts. This is perhaps one of the most perfectly balanced and velvety stouts I have ever had, and I have had a lot of stouts. Many stouts seems so very similar and cookie-cutter of their brethren, but this is a new kind of masterpiece that stands out from the reproductions." 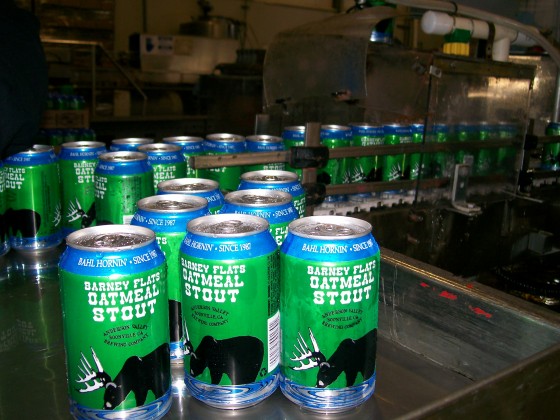 "What? A stout? *grin* I guess you aught to assume that this was my favorite… and you’d be right. I just can’t tell you how much I love dark beers. And, consequently, assuming you’ve seen my visage on the Cinema Wasteland, it obviously shows *ahem* just how much I like dark beers. Not exactly lite, those. Anyway, this was just so flavorful with an obvious slathering of honey for sure. Definitely a nose-full of that bourbon aging they tout, very much akin to Dragon’s Milk. So, so tasty." 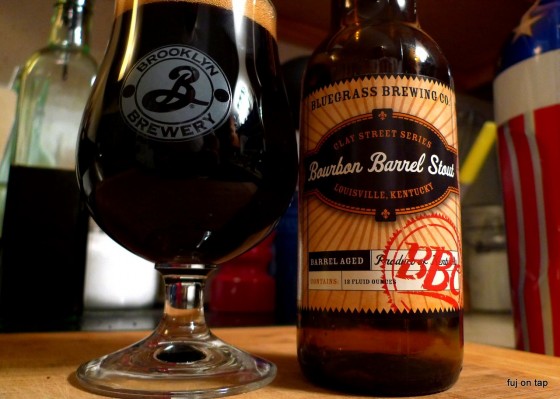 "The sip is ripe with bitter-sweet cocoa and really nice mocha. It’s rich, oaky, peppery, and so very similar to a good red wine. There are notes of licorice, malts, grassy hops, and even a slightly hidden background of dark berries. This is certainly one of the more complex stouts I’ve ever had, and it’s definitely not your run-of-the-mill overtly chocolaty beer-like Yoo-Hoo. It’s delicious, strong yet smooth, and bold with many differing flavors. An absolutely stunning stout." 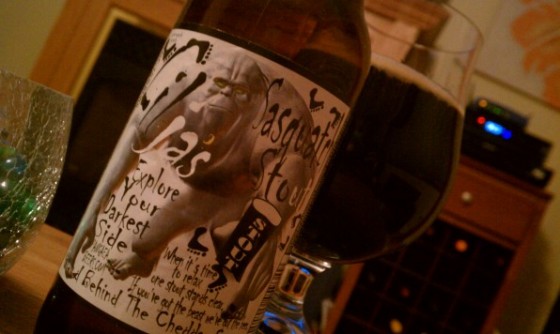 "Wow. I had a feeling. This is some seriously coffee’d beer. But ya know what, it’s really good. It’s rich, almost caramel-like and super malty. The background has a nice barley finish with a touch of some mocha and even a slight oakiness much akin to red wine. Oddly, if you didn’t know there was beer in this coffee, you could, almost, mistake it for some cold brew from the morning." 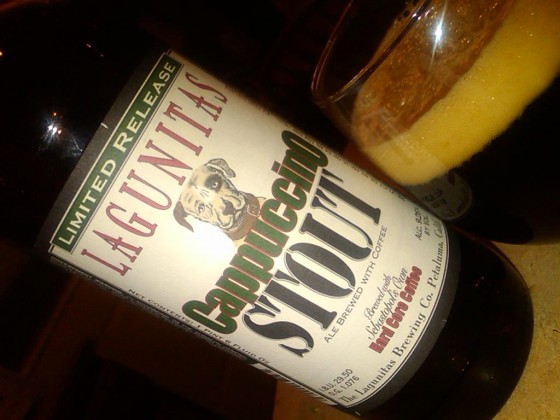 From: Ten Great Beers For Christmas 2011

"Let’s break this down, shall we? Espresso: this beer will put a little cheer in your Christmas morning. Oak-Aged: the resinous seepage that’s inherent from aging in oaken barrels adds just a hint of whiskey quality. Imperial Stout: heavy, slightly sweet, and strong like you read about. This is exactly the beer you want to both start and end your Holiday with. Trust me: nursing a few of these throughout the day will kill an inner Grinch." 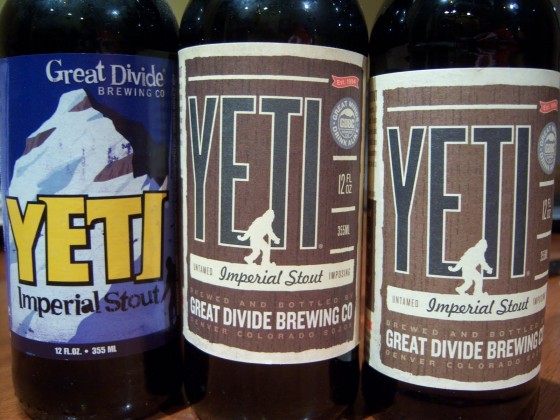 "It’s dark. That’s a fact, Jack. And the temporary creamy head is thick and heavy. The nose is purely stuffed with mochas, rich chocolates, and breakfasty espresso. It is such a wonderful smell and every reason why I absolutely love these types of beers. The more you swirl and the more you open it up (I’d recommend a glass a bit larger than the 12 ounces poured, like maybe an Irish Pub Pint glass) the deeper and more complex the aromas become. Syrupy, vanillas, and even brown sugar play their rolls. This is a cookie in a cup!"

"The flavor is sodden with deep, clean vanilla flavors that mix beautifully with the stout nuances. Just as vanilla flavorings pair quite well with coffees and chocolates, this beer is literally an alcoholic version of that axiom. Though it is quite easy to locate the bourbon cask-aged body (astringent and oaky with a kick of peppery backbone) the all-round sweetness of the vanilla and the stout style does well to keep the throaty burn at bay. It’s surprisingly easy to drink and has an interesting ‘wet’ quality that leaves just enough remaining in the mouth to prod you n for another sip. This is, without a doubt, one of the finest samples of a cask-aged stout I have ever had." 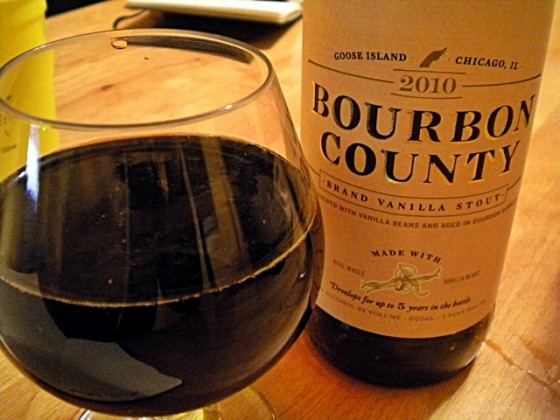 From: Ten Great Beers For Christmas 2011

"Double. Chocolate. Coffee. Oatmeal. Stout. Those five words combine to describe perhaps one of the most decadent beers around. And it only makes it better that it’s brewed right here in… you guessed it: Michigan. But why is it a Breakfast Stout? Well, the long and short of it is that stouts themselves used to be brewed as meals, since the water at the time was suspect at best. When imbued with the health benefits of oatmeal and, eventually, coffee and chocolate… well, you might as well eat it with a spoon. It’s heavy, dark, and so very rich. This is dessert for those who’d rather skip the pie. Or, what the hell, have it with the pie." 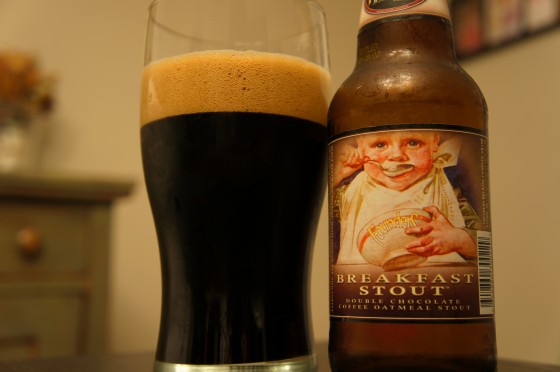 From: The Fall Beer Trifecta From Olde Peninsula Brewpub

" I managed to save the best -in my humble opinion- for last. Also the one with the coolest name! And that was the Stout Chocula. And seriously, the name absolutely says it all: full nose of what could easily have been chocolate cereal on which the name was based, and an underlying melody of dark cherries and bitter hops. I was in my own little slice of Heaven… beer heaven. Oh this stuff was thick, full-bodied, and as deep black as you please. My wife joked that it looked like a giant mug of coffee. She wasn’t too far from the truth since somewhere deep within the beer’s recesses slept a flavor so reminiscent of espresso that it was almost ironic. Almost." 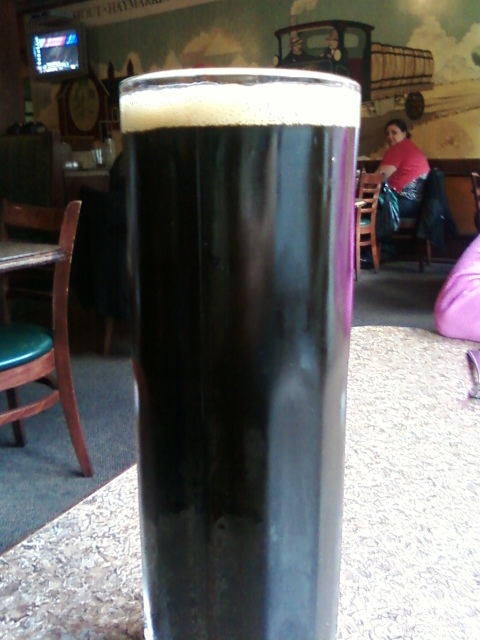