So, what’re your plans for this Fourth of July weekend? Well, if you’re like many red-blooded Americans, a good percentage of it is going to be spent swimming down a few oat sodas and possibly blowing up a bunch of shit with illegal explosives. Why? ‘Cuz that’s what we like to do to celebrate our freedom from British tyranny! But what can I, as said red-blooded American, drink that will accurately depict just how I feel in beer form about my freedom and independence -you’re no doubt asking yourself? Well I’ll tell you. Because that’s what I do. And your only job is to run right out and get some. And then proceed to throw drunken caution to the wind while lighting wicks shorter than your attention span. Happy 4th of July!

There’s something to be said for incredibly cheap (and relatively tasteless) beer. And I think I just said it. However, when Budweiser decided to commemorate the holiday with American Flag-themed cans, it’s a little easier to get behind, despite the fact that it’s a pretty disgusting beer. Trust me, once you get beyond the Bud, as it were, the beer horizons are limitless. Anyway… festive cans! 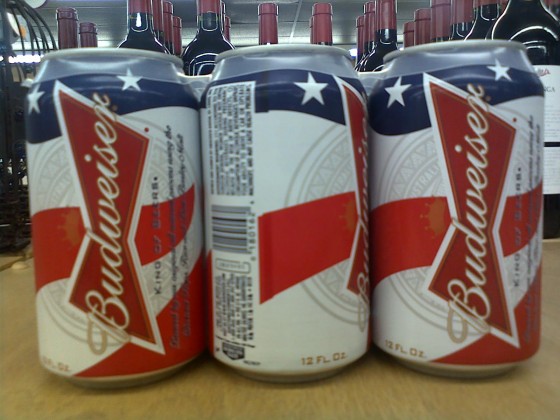 When it comes to cheap brews, I actually prefer Pabst over just about every other. Why? Well, it tastes slightly less like processed urine and tends to not give off headache vibes as badly… I guess. But what really drops it into a spot on this list is the simple fact that it’s always decked out in the American colors of Red, White, and Blue. Yay, USA! 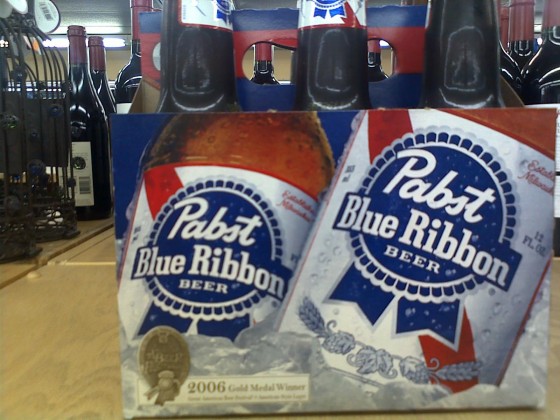 8
Genesee
Because it’s Not Terrible

Coming in at number 8 is the pretty decent acceptability of Genny. Further up the latter from the over-processed, cloying, domestic fare comes a beer that’s been around a good long time and is brewed with actual flavor (GASP)! And yet again, for a holiday where one wants to deck out one’s favors in festive colors, Genny’s got your red and white covered. 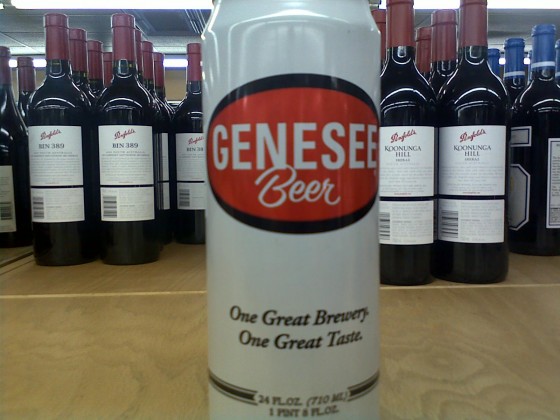 How can you possibly go wrong on your 4th festivities with a few cases of Jamaica’s own Red Stripe? It’s got red right in the name and there’s even white on it, too! Also, for a relatively inexpensive beer that really does have a nice, light, crisp body, Red Stripe is nearly perfect for a sweltering Summer afternoon. 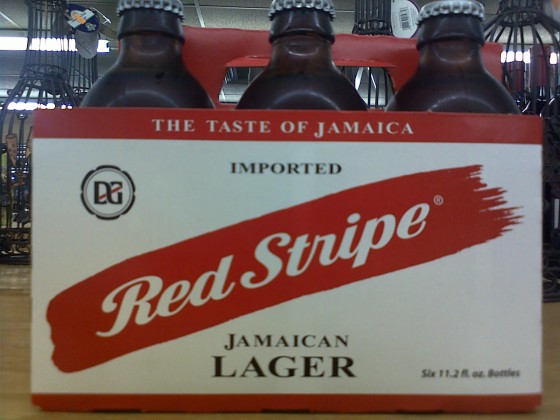 Sticking with the ‘Red’ portion of our theme for the 4th, and finally moving far out from the lower end of the spectrum, I offer Stoudt’s Scarlet Lady. If you are an IPA fan, a selection from the all-too rare ESB (extra special bitter) category might just be for you. Though not as overpowering as one might assume, it has it’s bitterness sensibilities in the right place and it tastes really good. 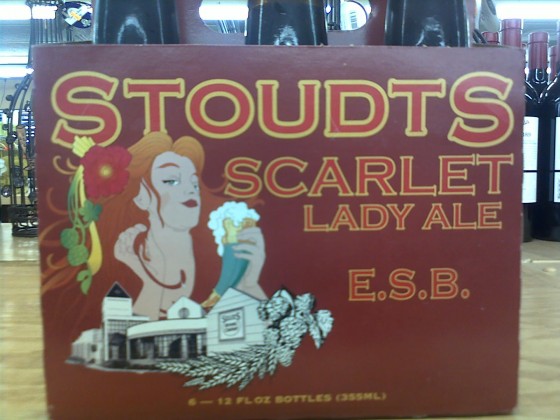 5
Brooklyn Pennant Ale ’55
How About a Random Baseball/Beer Related Pun?

This beer just about screams summer. Brooklyn brewery, though still a craft at heart, has spread its wings all over the country and with this summer ale in its repertoir, you’ve got a summer right in a bottle. As ales go, it’s crisp, light, and slightly bitter with notes of coriander and citrus rind. Oh, and it has a really cool and historic Baseball theme! It’s a win-win! 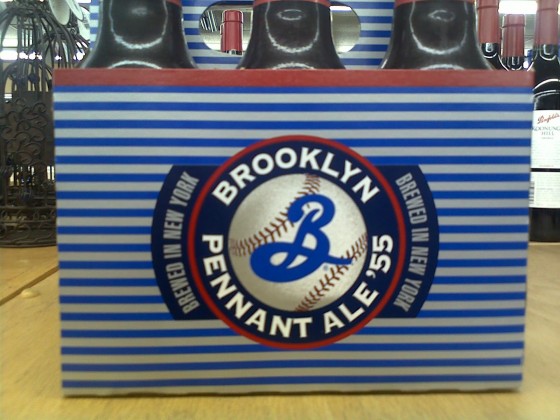 4
Sam Adam’s Cherry Wheat
Have a Slice of Beer

The next few beers are fruity. And ya know what? That’s okay. Sometimes it takes the slightly cloying hints of summer fruits to really up the refreshment levels, ya know? Sam Adams, without a doubt, knows what it’s doing, and their annual favorite, Cherry Wheat, is one of those summer classics that seems to go perfectly well with any occasion. Especially when ‘Red’ is insinuated. 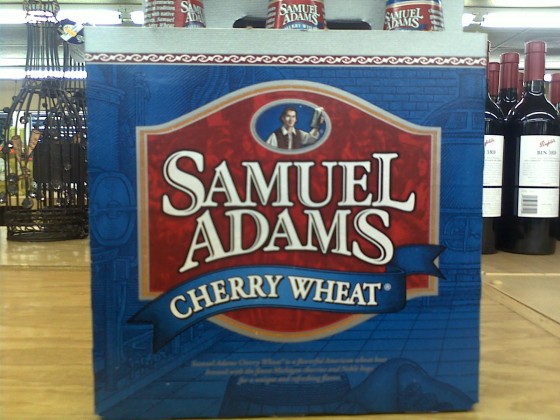 When one is a huge beer fan, one tends to not think of a heavy stout as a particularly ‘summer’ beer. However, Buffalo Bill’s has delivered a selection that more than works. It literally tastes like a blueberry pie in a bottle. Sure it’s heavier (it is, after all, an oatmeal stout) and it is significantly fruitier than some others, but not unpleasantly so and it’s that ‘pie crust-berry’ combo that absolutely makes this a great grab for sitting out and watching fireworks. 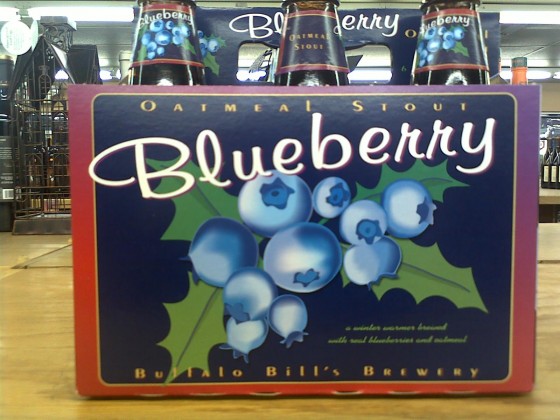 The second on the blueberry list (and hey, blue is on our flag) is Wild Blue Blueberry Lager. And this one manages to crank up the blueberry-ness to even further degrees than the last! Oh, it’s possible. Now, I’m actually not a huge fan of this particular blueberry beer, but it’s not because it doesn’t taste great. I just don’t dig it. But you might, and obviously some important folks did since it won a bunch of awards. Blueberry! 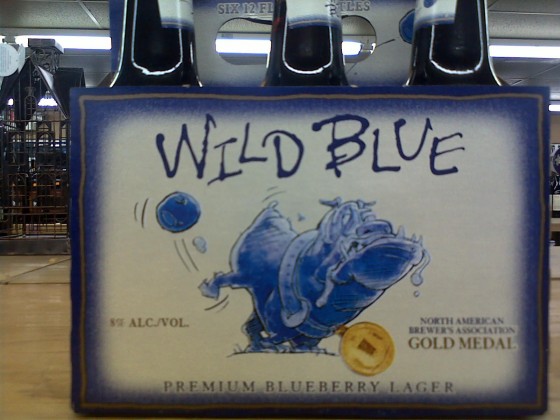 Wheat beers are notoriously perfect for summer. Just look at Bell’s Oberon, quite possibly the quintessential summer brew (at least around here) and it’s a wheat style. So what makes Whitsun (a Michigan-brewed Arcadia beer, by the way) such a perfect choice for number one on a July 4th-themed list? Well, it’s more about the summer this time than the color scheme: the box has a sun on it! And if that, along with it’s light, crisp, tart notes, don’t just embrace you in mid-summer greatness, you’re welcome to go back to your festive Bud. But you won’t. Cheers! 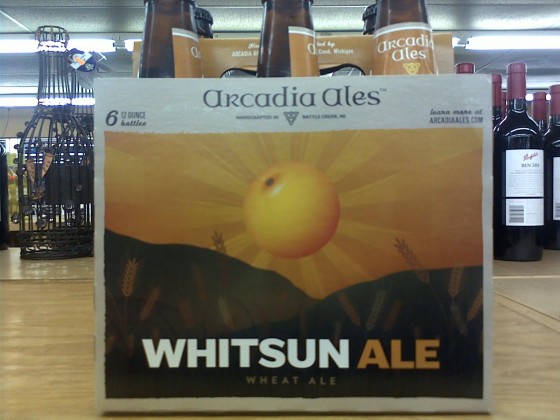