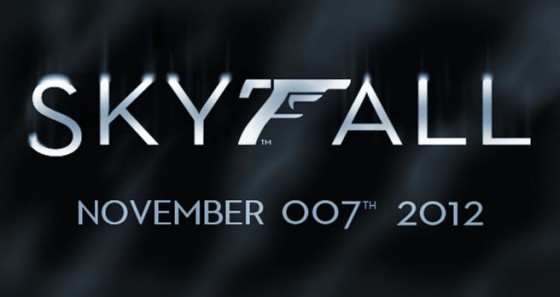 Well, it’s official. Or maybe it’s been official and I missed it. I’m too busy trying to manufacture lime green meth to separate the new and old news regarding James Bond 23. Nevertheless, production has begun on the latest (and extremely delayed) 007 spy caper, officially titled Skyfall. I’m not kidding, that’s the name they chose. [Via Coming Soon]

Producers Michael G. Wilson and Barbara Broccoli today presented the cast of the 23rd James Bond adventure, entitled SKYFALL. The film, from Albert R. Broccoli’s Eon Productions, Metro-Goldwyn-Mayer Studios, and Sony Pictures Entertainment, is directed by Academy Award® winner Sam Mendes and stars Daniel Craig, who returns for his third film as James Bond 007. The screenplay is written by Neal Purvis & Robert Wade and John Logan. SKYFALL, which goes into production on Monday, November 7th, will begin its worldwide roll-out in the UK and Ireland on October 26th 2012 and in North America on November 9th 2012.

The impressive cast includes Javier Bardem, Ralph Fiennes, Albert Finney and Dame Judi Dench. Damn, that’s a lotta Oscar nominations! And it’s a good thing too, because they’ll need as much help behind and in front of the camera as possible to make up for such a horrible title.

Skyfall? Really? Did they hold a contest at preschools across England to come up with that turd? Turns out it could’ve been much, much worse. Here are ten suggestions tossed in the rubbish bin.

8. Spies are Cool – Never bring pot to a brainstorming session.

7. No Country for Old Hens – Ya know, cause M is really old.

5. The Spy Who Hugged Me – A failed attempt to market Bond as more sensitive.

4. Skyhook – Rejected after Kareem Abdul-Jabbar dropped out of the running to play the main villain.

1. Guns and Car Chases – From the same genius responsible for Cowboys & Aliens.

Personally, I defer to Seinfeld for all fake movie titles.