Well, folks, 2012 has come and gone and man oh man were we left with a slightly bitter, kind of sour-grapes taste in our collective mouths. Many bizarre and slightly screwy things went down during this twelfth year of the new millennium, and I have to say, it might have been one of the weirdest yet.

I’m not entirely sure how many end-of-world predictions fell, but the big daddy of them all — the Mayan Calendar-Finale — was more disappointing than a broke dick. It’s not that I was expecting anything to actually happen mind you, but anything, joking or otherwise, would have been a hell of a lot more exciting than the dud that went down. Oh well, there’s always next time… because there’s always a next time.

We all know it was an election year, and the build up to what was almost an inevitability featured more high drama and tear-welling hysteria than a marathon of soap operas. Sure, it was neck-and-neck on the surface, but you just knew once Romney started eating his own shoes on a regular basis, Obama just sat back along with the rest of us and watched as his empire of bullshit came crumbling to the ground.

So what’s next? Anything good for a change? Well, who knows, really. Speculation is all we ever get, so I see no good reason to offer you (my readers) anything different. Let’s see what might happen…

Look, I love a good zombie and vampire movie as much as the next homegrown, dyed-in-the-wool horror fan, but enough is fucking enough. Attempting to wring as much new material out of these stoned genres has become more like a joke than anything else. Vampire love stories, vampires versus any number of historical and/or literary figures, zombie love stories, zombies versus vampires… who the hell knows anymore. Look, the over-milked cow has run dry, okay? There just isn’t much good left, save for The Walking Dead… maybe. Oh, and Judd Apatow? All of your movies are exactly the same, so knock it off. 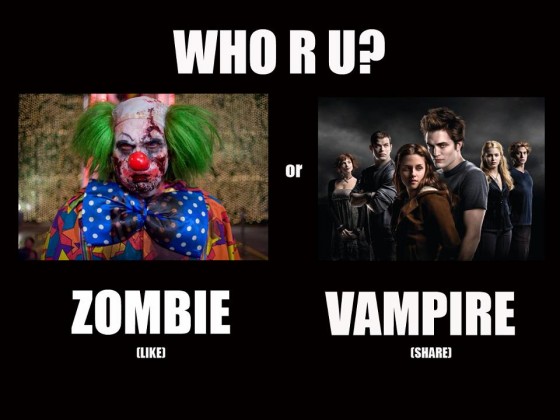 In the ’70s flick Soylent Green, the future of mankind is bleak due to overpopulation and, subsequently, a lack of food. In the end (spoilers), it turns out the high-energy green wafer the government is feeding its people with is, in fact, ground from its own citizens. And ya know what? Judging by how things are headed this doesn’t sound all that far-fetched. Food is already more processed than the materials used to make hiking boots and car upholstery, so it’s only a matter of time before we take our overpopulation and turn them into human fodder. Will it happen in 2013? I guess it depends on how hungry America gets. 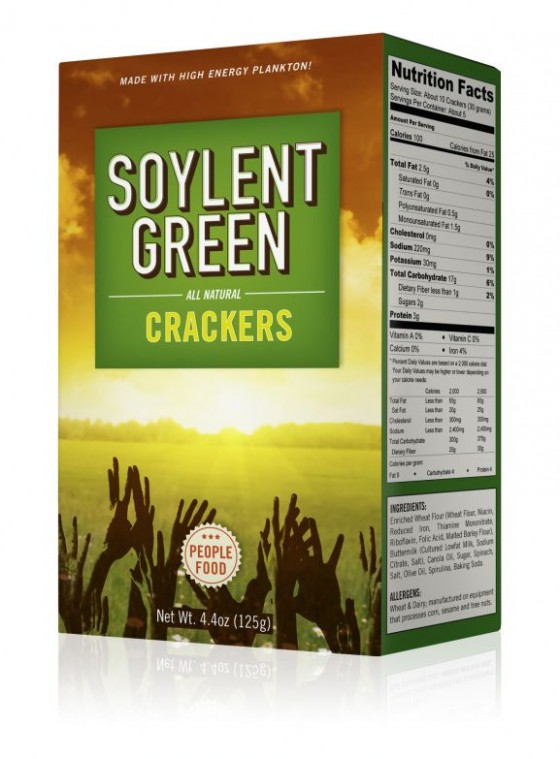 No, I can’t see the future and no, I have no idea if there will even be a PlayStation 4 in 2013, but let’s just say it wouldn’t surprise me. But what would surprise me is if the collective expectations of the populace that salivates over new video game technology becomes so saturated with ideas of vastly improved overall greatness that no matter how cool new systems are, they just can’t live up to the hype. On second thought, that wouldn’t really surprise me, either.

No one is ever happy with what they get. Take for instance the PlayStation Vita that came out in 2012. This thing was a marvel in hand-held video gaming and likely the most powerful machine the home gamer has ever seen that didn’t need to be plugged in. Well guess what? It kinda flopped. What the fuck? I LOVED my PSP, and I could do so much with it, so something like the even better PS Vita coming out to comparative failure… it just boggles the mind. No… scratch that. It really doesn’t. People are fickle fuckers. 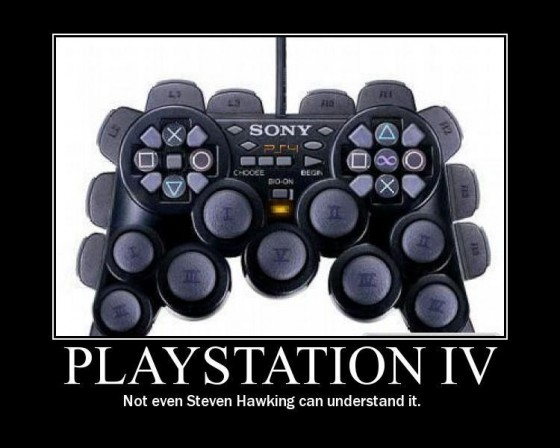 Apple has yet to feel the sting of a failed product release. Their iPhones have, generally, been pitch perfect from the word go. But how funny would it be if the new iPhone 6 (again, we might or might not see one in the coming year, I can only speculate) was an absolute piece of shit riddled with issues and problems that just barely make it a slightly colorful paper weight? Maybe the OS is more buggy than an ant hill, or maybe the apps crash more frequently than Lindsay Lohan’s career, or maybe the user interface is about as friendly as a flaming pine cone. Who knows… but just once I’d love to see Apple crash and burn. What can I say, I love Schadenfreude. 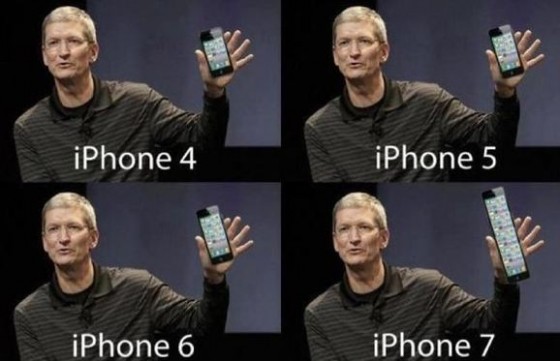 6: Still No Cures For Anything Worth Curing

Man I miss the days when doctors were curing things left and right like some kind of RPG Wizards. Dropping Polio, and Small Pox, and Yellow Fever like bosses! But what’s been going on since? Not a whole lot, sadly. Every day we hear of children suffering from everything a veritable smorgasbord of horrific diseases from Leukemia to Lymphoma and those same types of doc’s and scientist-types who once cleaned house, have done squat.

Sure, a few minor things here and there of afflictions that no one really suffers from anymore, but what about the big boys? Cancer has been around for practically eons and we’re no closer to curing that mess then we ever were, despite what you might be hearing.Why? Because the folks who make millions off the meds don’t want it cured. AIDS? Okay, we have it in check, but it’s not gone and millions still suffer. Why? That pill cocktail costs a pretty penny and folks are getting paid! So, I wouldn’t hold my breath for any 2013 miracles. Unless curing warts or skin-tags is a big step. Answer: It isn’t.

5: New Fast Food to Rule Them All

For years there have been a half-dozen fast food options that really stand out as the nation’s finest selections: McDonald’s, Burger King, Wendy’s, Taco Bell, Subway, and maybe something like White Castle. I guess there could be an argument for the inclusion of things like Carl’s Jr., Sonic or Rally, and probably Jack in the Box and In-and-Out Burger, but you get the idea. Aside from two glaring omissions, these all have one thing in common: hamburgers and fries. Whoopdee-do!

There are only so many ways you can grind cow meat into a patty and cook it up. Top it with everything from fried eggs to Rocky Mountain Oysters, it makes no difference since underneath it’s still ground beef. Ah, but fear not, 2013 promises to offer a fast food joint the likes of which has never been seen by human eyes. I call it “SpoonFuls.” That’s right, kids. From the wilds of Southern Michigan comes a new and exciting brand of fast food where everything you order comes on a plastic spoon. And the menu is deceptively simple: peanut butter, cake frosting, gravy, whipped cream, crab dip, brownie batter, and ice cream. That’s it. Take your spoonful and get out! It’ll be epic. 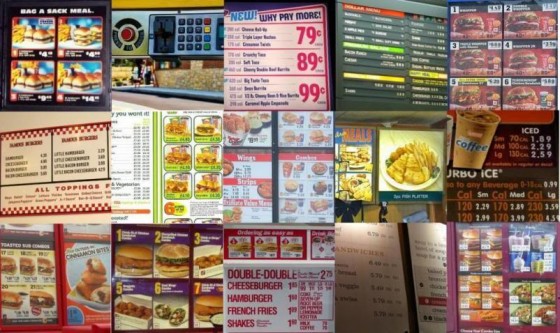 For the most part, celebrities are the most irritating type of human on the planet. For some strange reason, just because they can act or sing or throw a ball they feel the world needs to be smooching their collective toes. Well fuck that and fuck them. Nothing is more satisfying than when a celeb who’s been nothing but a shithead their entire lives shuffles this mortal coil. Yay! One less asshole breathing our air! So, let’s say I have a God Finger for the entirety of 2013 — who needs to eat it? I’ll tell you in a very short list, but I’m gonna off them all at once. Maybe on a holiday or something. We’ll see… Anyway, here they are in no particular order:

Lindsay Lohan – This talentless cunt is more than due.

Justin Bieber – This kid’s douchebaggery has overstepped its bounds.

I’m sure I’ll think of more when the time comes. On second thought, maybe it’s better I don’t acquire this power. I have no responsibility whatsoever. 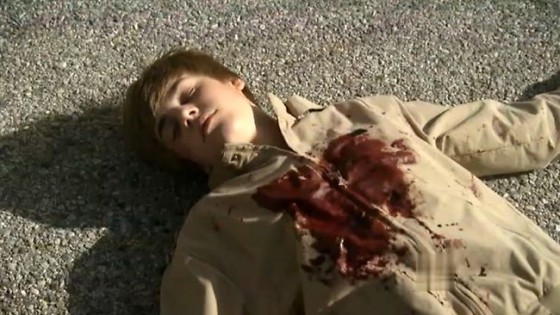 3: The Death of Gangnam Style

Let’s think back for a minute at fads that attacked America like a swarm of hungry insects and faded away. How about the Macarena? Thank the Lord that mess disappeared. How about things like the Hand Jive or the Worm? What the hell were we thinking? Then in 2012 came a dude named PSY and his brain-achingly retarded song called “Gangnam Style” with its accompanying dance. Guess what? It became the most popular thing on the internet in the history of anything. And humanity wept. Well, here’s hoping that 2013 sees this guy arrested for something and tossed in a hole and never heard from again. And then, just to be sure, YouTube posts a new rule that they’ll no longer play videos by dudes with only three letters in their names that start with P. That sounds good. 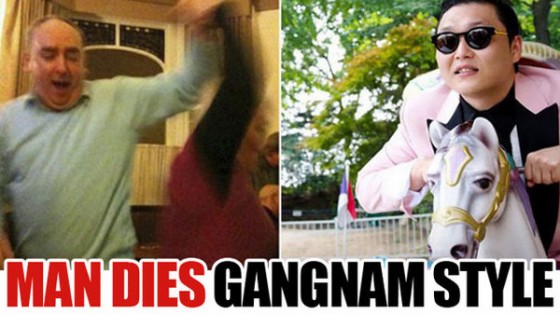 Oh please, oh please, oh please, is this really too much to ask? I have seen so many poor attempts to revive a franchise by adding unnecessary gore and splatter (seems ridiculous, I know) to a film that never needed that much in the first place that it’s become painful. When The Texas Chainsaw Massacre was first remade not too long ago, it took what was already a scary, gritty, heart-stopping story and bathed it in gallons of unwanted blood. You can’t just toss a bunch of grue on a movie remake and call it a day. It doesn’t work like that.

Soon to follow came reboots of A Nightmare on Elm Street and Friday the 13th, both of which were just okay, but both suffered from the same malady as all the others: more blood, more gore, less plot, less fun. I just don’t get it. And now there’s the so-called direct sequel to Tobe Hooper’s original Massacre flick starring the incredibly gorgeous Alexandra Daddario titled Texas Chainsaw 3D.

Now, I’m a bit up in the air about this. It’s not a remake or a reimagining, it’s actually a continuation where, supposedly, Daddario’s character is related to Leatherface. As much as I want to really love this,  just don’t see it happening. I’ve fallen into this trap before. C’mon 2013, let’s do it right. The last good ones were The Fly and The Thing. Can we, please? 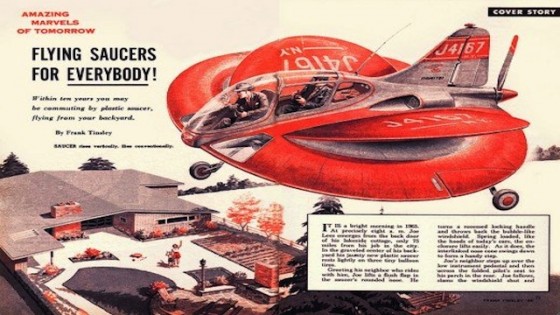