Humor > Pop Culture > Ten Rockin’ Folks Made Out of Rocks

Ten Rockin’ Folks Made Out of Rocks

Let me start off with a stupid, stupid pun because nothing gets the laughter flowing like a juvenile form of humor. Here goes: Being made out of rocks sure gives new meaning to Rock N Roll, am I right? Yeah, well, don’t say I didn’t warn you. Anyway, things made out of rocks are cool, but people made out of rocks are way cooler. So the following list contains “people” who are made out of some kind of “rock”. I quote that because there are stones, gems, concrete-like-stuff, and big hunks of mountain. They’re also not necessarily people, but maybe some sort of creature. You get the idea, check them out! 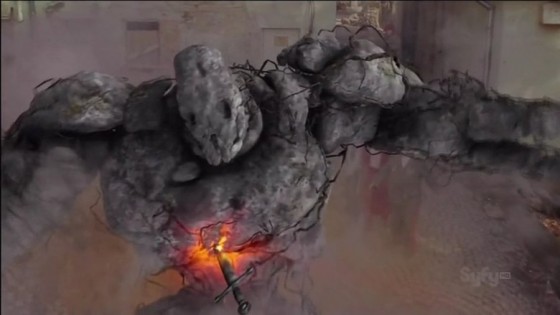 We’ve all seen those tragically ridiculous movies on Sy-Fy where some daffy creature or another is inadvertently awakened by some bumbling kid, usually having stumbled across some kind of ancient artifact, and then he and some other moronic kid have to enlist the aid of some wandering hermit in order to find the correct tome or incantation or item to send said creature back from whence it came. Right? Yeah, well this movie (Rock Monster) is exactly that and, well, it’s exactly that. It does, however, feature a big rock monster. Surprise, surprise. 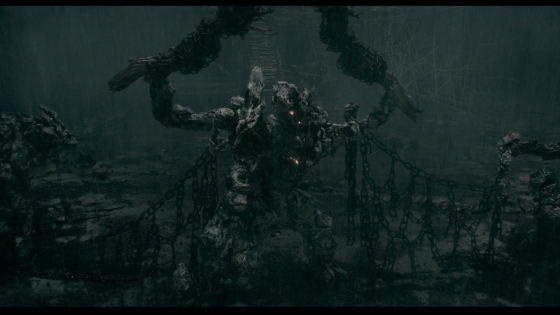 In the recent film, Noah, Russel Crow plays the titular character tasked with the arduous predicament of building a big-ass boat on which he must gather, house, and presumably feed, two of every animal on earth. Especially stink beetles. Well, despite the fact that he gets assistance from his kids and their respective wives, according to this movie, he also gets some much-needed help from The Watchers, a gang of fallen Angels who somehow get so completely caked with mud that they look like rocky monsters. It’s a stretch but there ya go. 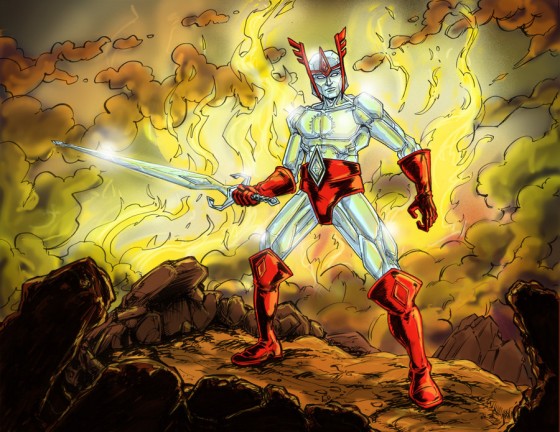 Crystar and his buddies were products of the 80’s brought to us from Marvel comics and a toy line that followed, or vice versa… whatever. These dudes were living embodiments of precious gems and crystalline rock formations that set out to defend the galaxy from bad guys who were, in fact, not rock monsters rather guys made from molten magma. So, yeah, rocks, but really hot and burning. The toys were weird, but the characters played semi-significant roles in Secret Wars and Marvel Zombies. And now you know.

The Go-Bots were basically the discount- or Generic– version of Transformers in both playability and their ridiculous names. The Rock Lords were exactly what you’d imagine they were if you’re imagining them as transforming rocks that became kind of robots with weapons. What you have here, essentially, is the fun of a Pet Rock (see: not fun at all) with the even less fun ability to make them become people. And that’s it folks: no more and no less. Well, less… but that’s relative.

Sometimes when a website says it best, I choose to just let it ride because there is no way even my warped sense of humor could outdo it. So, from Brickipedia, here’s your description of the Rock Monsters:

There are five different kinds of Rock Monster. The rock monsters are Meltrox, Boulderax, Glaciator, Sulfurix, and Firox. Meltroxes are red, and are apparently always angry. The yellow ones, Sulfurixes, are more intelligent and can melt tunnels through solid rock. Apparently, all of the Rock Monsters are afraid of the blue Glaciators. The Glaciators are shown to have ice powers (as seen in the trailer for the game Rock Rocket). The green ones are Boulderaxes which are strong, slow, but not intelligent, and often attempt to destroy the Power Miners’ vehicles. The orange ones are Firoxes which are extremely fast, sneaky, and love to play tricks. 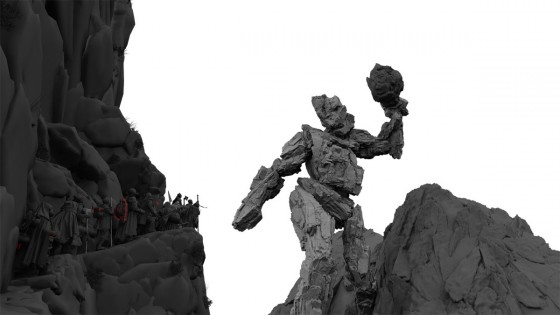 Chances are you’ve seen The Hobit: An Unexpected Journey, which is the first in the trilogy, and chances are you recall one of the most amazing and awesome scenes in the film. While traveling through the Misty Mountains, the company of Bilbo and the Dwarves are suddenly thrust into a great battle between several Stone Giants who literally come from the mountains themselves and begin hurling massive boulders at one another. As I said, these creatures are made directly from the mountain rocks and look spectacular. It’s an epic fight, to say the least. 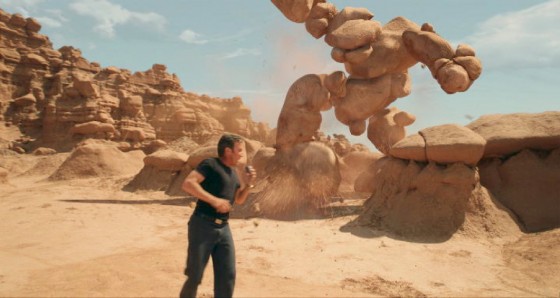 We all know that Alan Rickman passed away a few weeks ago, and we also know that Galaxy Quest was one of his best movies. At its core, it’s an homage/parody of Star Trek and it plays as though the Galaxy Quest crew were brought into space to rescue a species who firmly believe that the TV show was real. And thus, they must go on a dangerous adventure to help the aliens who are counting on them to battle an evil warlord. During one scene, the crew does battle with a creature called a Gorignak who is, completely, made out of rocks. 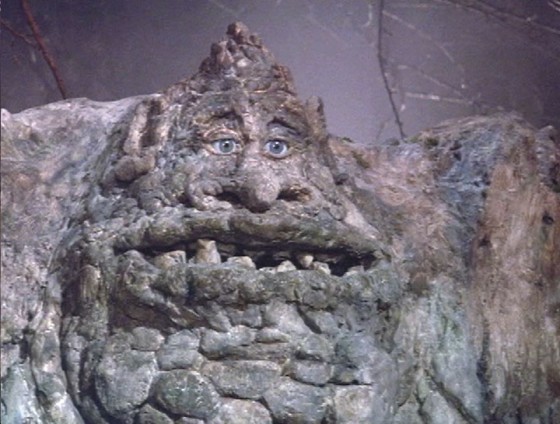 In the film series, The Never Ending Story, the hero, Atreyu is tasked with the monumental job of stopping The Nothing from destroying Fantasia. With no weapons and a horse named Artax who really couldn’t give less of a shit if you paid him. Seriously, the horse is so ‘whatever’ about the whole thing he sinks in a swamp. Stupid horse. Anyway, when Atreyu is meeting the folks who inhabit the outskirts of Fantasia, one of the largest and most amazing is The Rock Biter; a dude who is not only made from rocks but also eats them in a weird cannibalistic symbiotic relationship or something. Gross, man… gross. 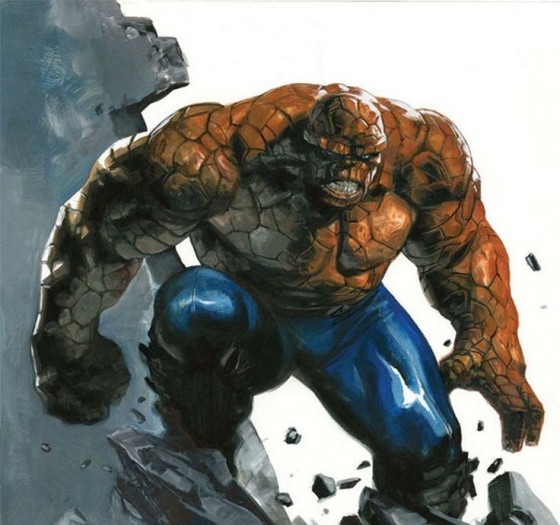 If there is one fella from Pop Culture who most of us think of when we think of rock guys, The Thing is him. Ben Grim, the buddy of Reed Richards, finds himself aboard the ship that gets bombarded by some kind of space rays that eventually give the Fantastic Four their appropriate powers. Reed gets stretchy, Sue gets see-through, Johnny gets fiery, and Ben turns into a super strong guy made out of full-on orange rocks. Which presumably means his wedding tackle is, literally, rock hard. Best not to think about that. 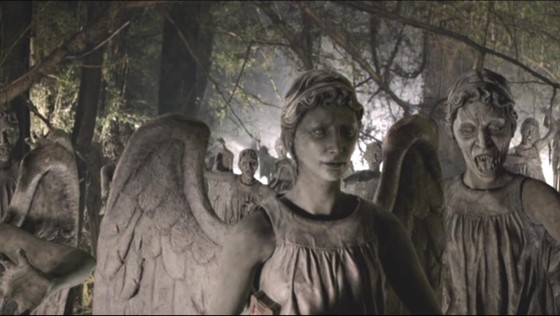 Ya want a race of stone statues that come to life when you aren’t looking at them and kill you slowly by sending you back to a point in time just before your birth and feed off the energy you would have used had you actually lived your timeline? Sure ya do. Confusing, maybe, but these things are by far the coolest things made out of stone ever. The don’t attack you in any conventional sense, but if you aren’t paying attention -or if someone isn’t- they will get you, I guarantee it. Hell, even the Statue of Liberty is a Weeping Angel. Thanks, Doctor Who, now we’re afraid of every stone statue ever!