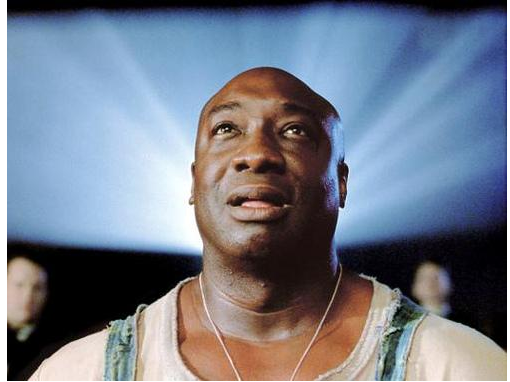 By all accounts, Michael Clarke Duncan was a big man. In all of the sadness of his death, our hearts break that it was ultimately Duncan’s heart that failed him. It seemed to all that Duncan’s heart was his best feature perhaps topped only by his infectious smile. We weep for the loss of Michael Clarke Duncan. We weep for his family as well as a world that seems to be quickly losing the best of us. Somewhat selfishly, we also weep for the loss of the talent of  Michael Clarke Duncan. Duncan was one of those actors where you could see a character and cast Duncan in your mind as that character. Also, Michael Clarke Duncan would usually end the arguments of who would be in your fantasy casting. In almost any role, Duncan could be plugged in and you would be interested to see him play that role. As a tribute as well as an exploration of an immense man’s immense talents, here are ten roles we wish he would have played . Rest in Peace, Mr. Duncan, you will be sorely missed. 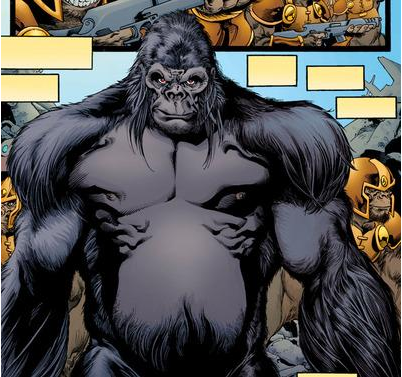 If they ever made a Flash movie while Clarke Duncan was healthy, Michael would have been definitive as Grodd. Now, we know that Duncan was in Tim Burton's Planet of the Apes. However, Grodd would have been special. Grodd is not only super strong but his keenest asset is an alien induced hyper-intelligence. Duncan's voice as well as his physique would have given Grodd (who is often seen as a relatively minor villain) a place among comic book's elite movie villains, in the same company as Heath Ledger's Joker. 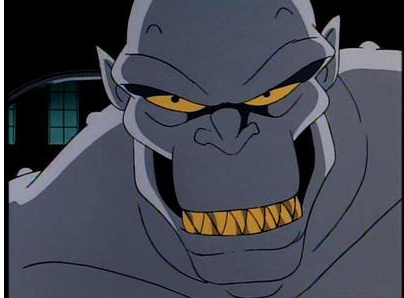 In the comics, Croc is misunderstood and abused by his aunt in the Louisiana swamps. In Batman: The Animated Series, Croc is a former wrestler turned criminal. There are some versions of the stories where Croc is merely a scaly man. There are other versions in which Croc is actually reptilian. If you put it all together and add Michael Clarke Duncan (even as a cameo or secondary villain), Duncan would have stolen the show as well as potentially taken home an Oscar. Duncan had a unique ability to add a level of sensitivity to even the most ridiculous of characters. Plus, you would have to just imagine Duncan's famous gap-toothed smile lighting up all those scales. It would have honestly been magic. 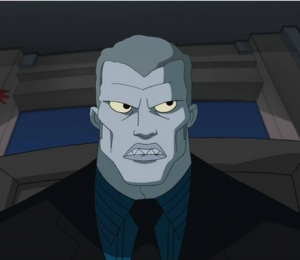 If you are unfamiliar with the character of Lonnie Thompson Lincoln (from Spider-Man comics), it is exactly the type of role that Duncan would have brought a sensitive complexity too. Lincoln was an albino African-American growing up on the mean streets of Harlem. Lincoln did not conquer his demons, he embraced them. Lincoln would then unleash his demons on others. Lincoln also filed his teeth into fangs. Michael Clarke Duncan's trademarks were not only his freakish size but also his uncommon sensitivity. Tombstone's story would have made a good apology to true Spider-Man fans if Sam Raimi had used Michael Clarke Duncan in the role. 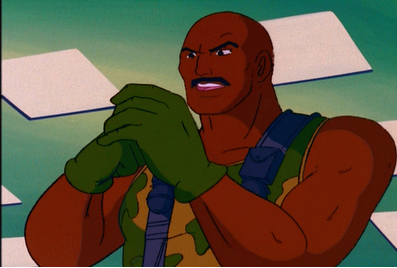 For the record, we know the Dwayne Johnson will fill the role in G. I. Joe: Retaliation. We also know that whomever made that movie should be forever shamed by not taking the obviously better choice. Michael Clarke Duncan would not only have filled out the role better of Marvin F. "Roadblock" Hilton, but he would have also made the real character believable. First of all, just strap the heavy machine gun to Duncan and revel in the sheer badness of it all. This would have been the most iconic military African-American since Mr. T in a mohawk. Second, Duncan would have completely convincing as a Southern man from Biloxi, Mississippi who was in the military as a second choice to being a gourmet chef. Johnson looks like he is collecting a check in a role Michael Clarke Duncan could have made a tour de force. 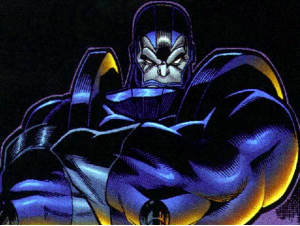 X-Men fans have begged for decades for a movie starring Apocalypse as the villain. Specifically, X-fans have been wanting to see a celluloid quarter billion dollar eye orgy based on the 1990's X-Story Age of Apocalypse. There was only one actor who could have filled out that suit as well as not need James Earl Jones to stand in the voice. In all of his sadly gone 54 years, Michael Clarke Duncan always seemed like he had a much older soul. The 5000 years that En Sabah Nur had spent on this planet seemed to sound about right. Duncan's Apocalypse would have made Duncan's Kingpin wet himself. Hearing him proselytize that "Only the strong will survive" would have made nations glad that Duncan was not in a position to actually run a country. In that instance, we all would bow. 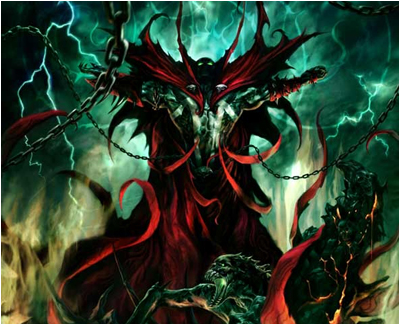 This is honestly not meant as an insult to Michael Jai White. However, if there had been a second Spawn movie (and we would have forgiven everyone for forgetting the first one), Duncan would have given you both Spawn and Al Simmons. As a CIA operative turned into a Hellspawn demon who just wants to reunite with his wife, you need an actor who is convincing on a lot of levels. Duncan was an actor as well as an artist. In The Green Mile, he made a whole nation cry. Duncan would not only have made you feel Spawn's wrath, but he would have made you feel Simmon's pain as well. Besides, there really needed to be at least one great love story starring Michael Clarke Duncan. 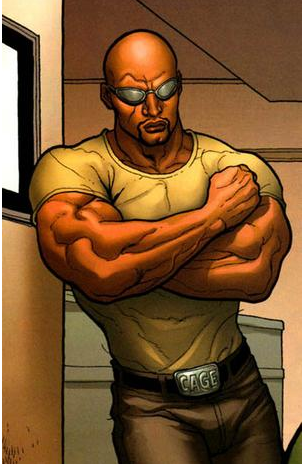 There seriously needs to be more positive super heroes for African-Americans given serious coin on the silver screen. Lets face it, African-Americans can dream of growing up to be President now. Why can't they grow up dreaming that a movie would portray them as Spider-Man? A decent start would be to make movies featuring characters that are already African-American and do not happen to have the word "Lightning" in their names. We present to you the "Power Man" Luke Cage. In the right hands, Cage would be the essence of black power in the most positive sense. Cage would have also been epitomized in the form of Michael Clarke Duncan. A black Superman may be a ways off unless you are in the NBA, however, a Luke Cage movie starring Michael Clarke Duncan could have been a reality. 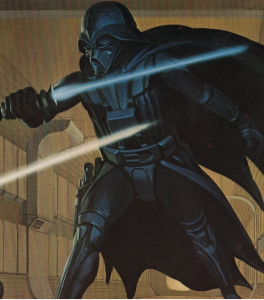 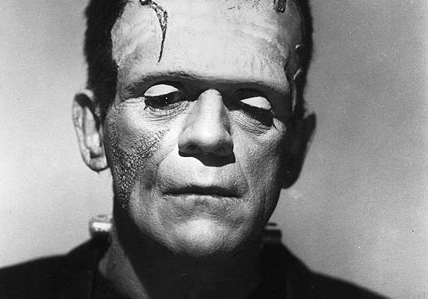 One of the main reasons Boris Karloff stopped playing the role of the monster was his fear that the Monster was becoming a 'prop.' Oscar winners like Robert De Niro have not been able to successfully add anything that Karloff laid down. Michael Clarke Duncan would have. Duncan was at his best when he had to portray menace as well as sensitivity. He would have done well in the Monster's prefabricated skin. Essentially, this was the role that Duncan was getting at in The Green Mile, playing a misunderstood creation with a gift. It's sad that this is a role Duncan never got to explore in its proper setting. 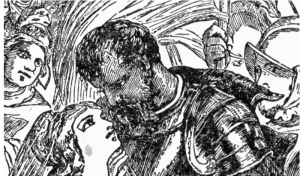 Duncan would have been at home in this Shakespearean tragedy. As the Moorish Prince in Venice who allows deceit to destroy him, Duncan's Othello would have frightened you while sympathizing with his plight. You can picture him strangling Desdemona. You can picture a broken Michael Clarke Duncan taking his own life out of guilt. Michael Clarke Duncan also had a regal sense that made it easy to believe he was born a prince. His death is a loss in so many ways. If Shakespeare were alive today, he might have been inspired to write a play about the true tragedy that Michael Clarke Duncan's passing was.