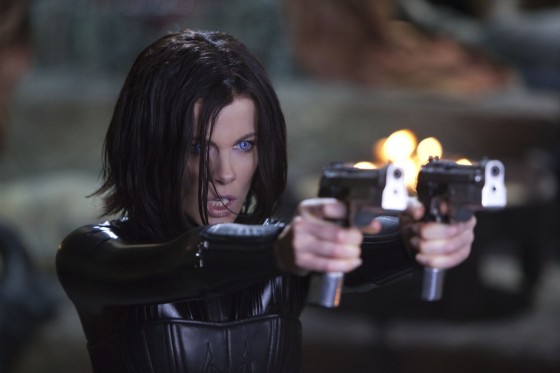 There is a very fine line between a quality sequel and a sequel that was conceived and created for the simple act of making more cash. For the most part, sequels sputter and stall, adding nothing of value to the original story. But keep in mind I’m not referring to horror movie franchises.

There’s also a fine line with those, too. If the antagonist can’t or doesn’t die, it only makes sense that he/she would exact some kind of revenge on even more unsuspecting teens. So those films are relatively safe. However, for every Nightmare on Elm Street 4, there’s a Chinatown II (The Two Jakes). You see, just because someone has a seemingly brilliant idea for another movie doesn’t mean it needs to be written. Ya know? So here are ten movies we’re hoping don’t get a sequel… ever!

This is kind of a tough one for a few of us. I actually kinda, sorta like The Crystal Skull. Look, I'm not saying it was a masterful piece of cinema by any stretch, but it had fun moments and hey... Indiana Jones! Right? Well, I have to concede that, for the most part, it was pretty crummy. Mutt as Tarzan? Lucas did that once with Chewbacca in Jedi and it worked. This time? Not so much. Indy in a fridge? Didn't your mom ever tell you not to play in abandoned appliances? Aliens? Yeah, this one had the scar of Lucas all over it. No point in kidding ourselves there.

That being said, there are talks of yet another movie in the works. Rumors say it might feature a retired Dr. Jones mentoring a child, possibly his son (please not LeBoof). Or, it might take place during the Young Indy days. Either way, is this really necessary? Hasn't enough been said in four movies, the Young Indy Chronicles and the countless video games? Do we really need another potential disaster? Apparently, but we can all hope it never gets made. 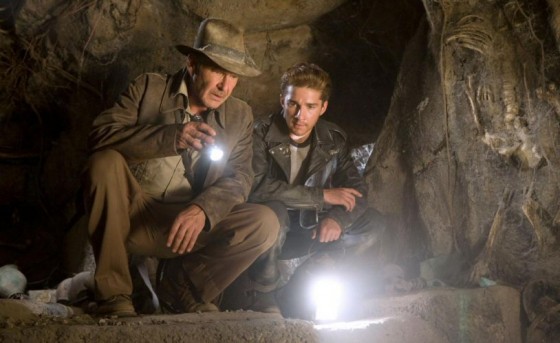 The Fast and the Furious

I just don't understand the appeal of these movies. At its most basic premise we get to watch a bunch of cars going really fast and turning dangerously sharp. That's it. Oh, well sure they toss in a few spectacular jumps, a couple hot chicks, and some cut fellas who wander around looking snide and morose... when they're not driving around really fast making dangerously sharp turns. It's the same plot devise time and again.

And yet, they still seem to make enough money to warrant another sequel. Well I say 2012 needs to be the year that we finally put the kibosh on these insipid flicks once and for all. Vin Diesel is just gonna have to go find something else to do. And Rock, you are so much better than this petty bullshit! You were a Tooth Fairy once and we loved you! Look, if I want to watch cars going fast and making dangerous turns, there are at least four channels on cable for that. Oh, and I don't. 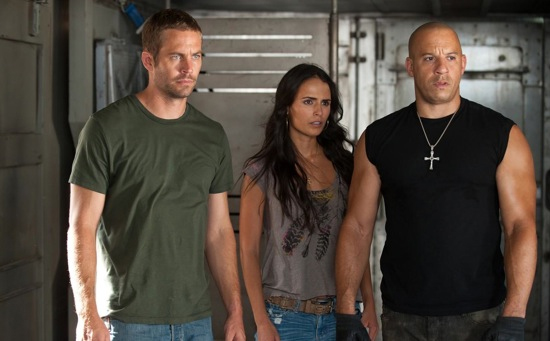 Yes, I know in the opening I mentioned horror getting a pass. Well, if you read right before that, I also say there is a fine line with these too. And this crosses the hell out of it. John Carpenter's 1982 masterpiece followed a group of men basically stuck in the Arctic fighting for their very lives against a monster that could take the form of any one of them. You felt claustrophobic right along with them and gave yourself over to MacReady as he fought to sort out just what it was they were up against.

But the prequel (just a sequel backwards) that was supposed to show us all how the creature ended up in the ice in the first place really did nothing but sour the flavor of the 1982 version. The effects were blah, considering they CGI'd the hell out of them and didn't nearly give them the life that Rob Botiin's hand-built horrors had. The fear that coalesced so perfectly in the classic just never gelled in this addition, and now it seems they want more. Yes, that's right, a sequel to a prequel that somehow shoehorns itself between the prequel and the original. No. Enough. You've trod on the beauty of The Thing with very dirty feet. Just stop it. 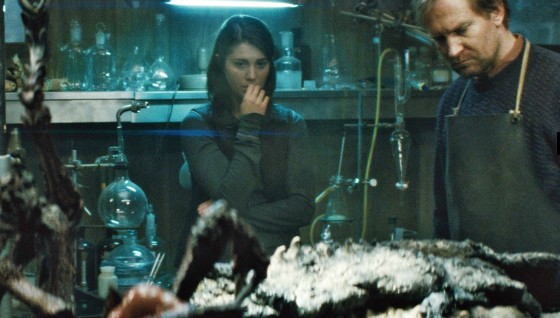 Any Given Dance Flick

Not a year goes by, it seems, there isn't a 'dance' flick whipped out of the semi-retarded minds of overzealous movie writers. In 2011 we finally saw the long awaited remake of Footloose! Wait, what? That was a thing? Yes, and apparently it was... okay. I mean it had Julianna Hough in it, so at least there was that. Anyway, even though it wasn't technically a sequel, it's only a matter of time before we see Save The Last Dance 3, Step-Up 4, Stomp The Yard 4, or Breakin' 3... well, actually, I think I'd dig that.

The point is these movies are literally waiting in the wings and could very well slink into theaters at any given time! Is there really a need to show more films about opposing dance squads/poor white girl who wants to dance with outcast black guy/sullen teens to express themselves through dance much to the chagrin of an entire town! Is there? The answer is no. Just go rent You Got Served 3 and get out of my office. 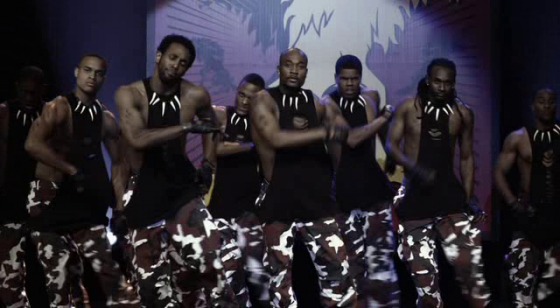 There is no doubt Rowan Atkinson is a funny guy. We've all seen the BBC Mr. Bean and Black Adder and we know the guy is brilliant. He has taken silent slapstick to a whole other level, and anytime a guy gets his head stuck in raw poultry, I'm sold. But come on, even clowns hit that precipice of sadness where the general audience just feels bad for them. Johnny English Reborn came out last year, seven years after the far funnier original. Now I didn't actually see this nonsense because I understand that comedic talent can only carry someone so far when each incarnation in a movie is a cookie- cutter version of the last. I'm talking to you, Jim Carrey.

Yes, Mr. Bean is a classic performance where every opportunity to milk a laugh is exploited more freely than Third World child labor, but I can only stand not listening to him mumble for so long before it gets painful. So, unless someone is hard at work on another Bean story... I think we ought to end this agony once and for all. 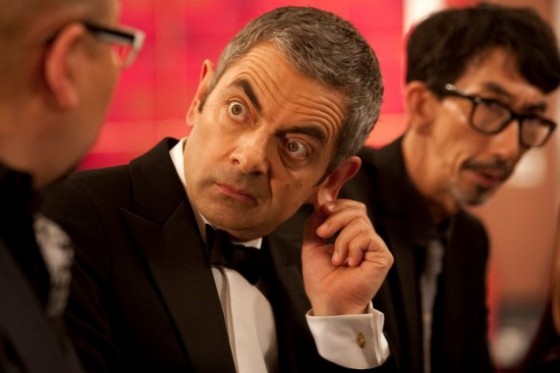 Here we have another entry in the struggle to balance when enough has become enough. Superhero movies are sometimes the worst offenders in the world of unnecessary sequels where parts 2 and beyond just become sillier and sillier, and more and more terrible. It all started really way back with Richard Donner's Superman. Yes, parts one and two were very cool and superbly written... well, despite the fact Donner himself kinda got shafted on the sequel (see? a curse even then), but once parts three and beyond fell out of the producer's ass... things just got steadily worse.

Soon we were seeing Batman parts three and four stinking up the joint, Spider Man 3 sucking like a vacuum and Iron Man 2 really not living up to the original. Saving graces aside (Nolan's Dark Knight trilogy, for one), it's very difficult to keep the audience's love for the first when countless sequels keep showing up. For every X-Men United, there is... well, honestly, there is a Blade Trinity. Sorry, no decent balance there. Well, if you're a fan of the sequels the good news is The Dark Knight Rises comes out this summer. But there might also be another Wolverine. So, there's that, I guess. 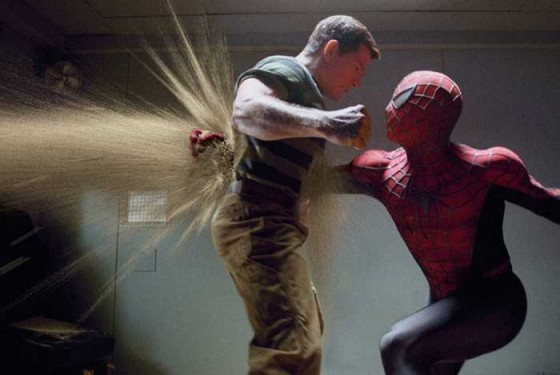 Okay, Pixar, I think we've had just about enough. Yes, yes, Toy Story 3 was cute and made me roll a tear for those poor toys, but come on, can we be done already? And what the hell was the deal with Cars 2? The simple fact that it was mostly Mater was bad enough (Larry the Cable Guy is a fucktard of the highest degree), but making him some kind of accidental spy? Are you kidding me?

I'm only gonna say this once, Pixar, so listen up: The only sequel anyone gives a damn about is the one to The Incredibles. Yes, I know this would then fall under the previous heading, so let's not make it suck then, huh? No one gives a hot shit about a Monsters Inc. prequel, but there's gonna be one anyway and it's coming out this year. What's next before we get an Incredibles 2? More Bug's Life? Ratatouille Too-ey? UP More! NO! Stop! Make The Incredibles part two or I swear... something's gonna get broken. 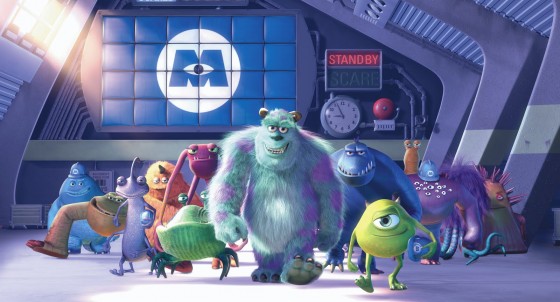 Guess what? Vampires are over. I'm sorry to have to be the one to tell you this, but facts are facts. Vampire movies. Are. OVER. We've seen everything that needs to be seen, I mean what could we possibly want now, an Underworld sequel with Kate Beckinsale back in the driver's seat? Oh, I see. It's already on its way to theaters. Okay, fair enough. She's hot and it wouldn't take much to best the last installment, but seriously, after that, let's put the lid on this over-played mythos once and for all.

No more little-girl-is-a-vampire, no more town-survived-only-by-bloodsuckers, no more viral-vampires, and definitely no more Twilight. Shit, there's one more of those heinous cinematic abortions, too, isn't there? Damn. Well aside from that, no more insipid vampire sequels. Can we shake on it? Hey, where are you going? 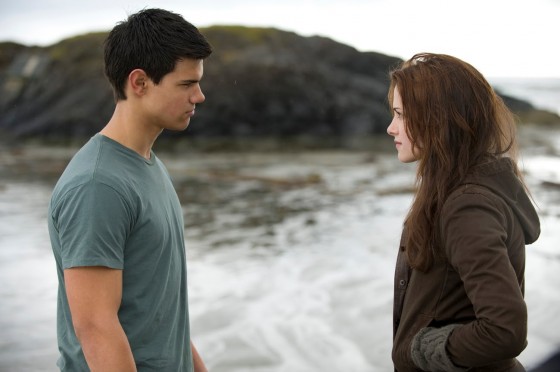 Sequels 40 Years After the Original

Though this doesn't happen very often, it still happens. The first example would of course be the aforementioned The Thing, and we all know how ridiculously that turned out, right? So at one point there was Psycho, and it was good, and then, twenty-three years later there was Psycho 2, and it was... okay. What about The Wizard of Oz? And then that crazy, WTF'ish sequel, Return to Oz with Fairuza Balk that came out in 1985! You see, this kind of thing has to stop.

No one likes these sequels especially when they're aimed at kids who weren't even born when the first one came out! Oh, and let's not forget the timeline quandary that is the 1977 release of A New Hope and its prequel, Revenge of the Sith, in 2005. That's just stupid. Now, fortunately, I don't see any of these crazy-spaced sequels arriving anytime soon. And that's good. No one needs a movie based on the Dracula book sequel. No one. 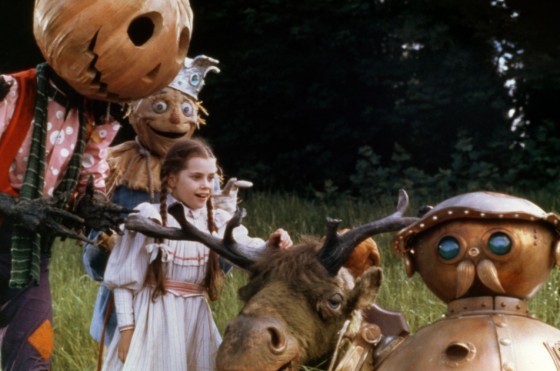 Well, this has got to be a sign of the Apocalypse, don't you think? There has been three of these fucking things! THREE! And there's likely gonna be more. Because some idiots keep going to SEE THEM! I'm done. 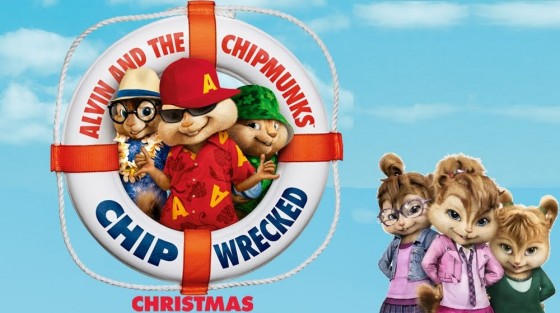