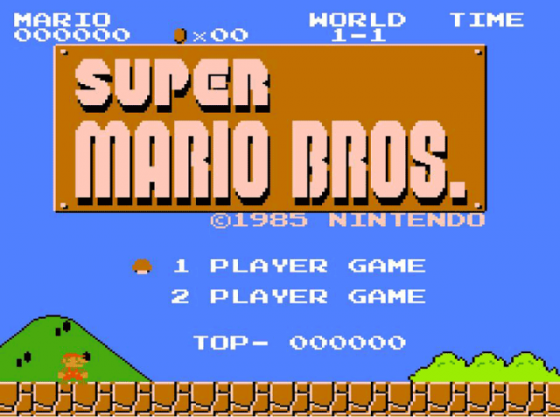 It has been 35 years since the 1985 release of Super Mario Brothers in Japan. Yeah, we know: who cares about releases in Japan? Well, Nintendo for one, and the general, video game-loving populous of the USA for another. You see, without the Japanese market for video games, the popularity on our shores would be sketchy at best. They get them first, they get to basically test market them, and then North America joins the party and sales either explode or deflate. Super Mario Brothers, obviously, exploded quickly becoming one of the best-selling video games of all time. Sure, it took a while since it didn’t see American shores until May of 1987, but that’s not really the point of this article, now is it. 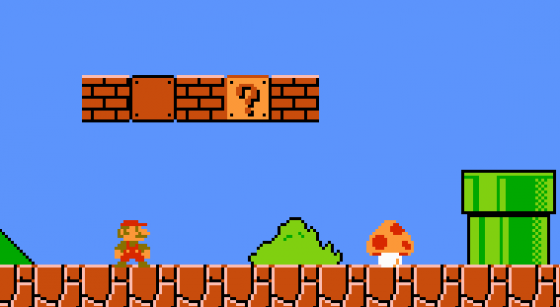 Pretty much everyone everywhere knows who Mario and Luigi are and what they do, but just as a refresher, they wander around their side-scrolling game smashing rocks with their fists, collecting coins, and eating mushrooms. Once its popularity did skyrocket, it didn’t take long for clones of the titular little plumber to pop up all over the home video game console markets. Today, we’re going to look at ten of those copycats, good, bad or otherwise. Chances are pretty good you’ve played some or all of these and were likely thinking to yourselves, “Wow, Mario did this already and this either sucks or sort of sucks!” And you were right in thinking that. Anyway, with this list, we are trying to remain in the realm of ‘hitting things with heads or fists, and/or collecting stuff as you run around platform style’. So check these out!

In this wacky side-scroller, the titular character runs around whacking innocent critters and assuming their powers (sound familiar? Mario’s fire flower and various costumes over the years). At the end of each stage, one must acquire a flag in order to move along.

In this similar horizontal run around, you play as Chuck, a goofy caveman who says the following (and only the following): “Unga Bunga!” Yeah. Anyway, your primary weapon is your solid skull with which you destroy your enemies and surroundings. Also there are dinosaurs… because what would be the point?

Played across all seven continents, your little Noah fellow must rescue animals and get them to his big ass boat. He basically lifts them over his head and wanders around with them, a la Super Mario 2, and tosses them nonchalantly into the ark. It’s a side-scroller, obviously, and Noah even kind of reminds you of a Biblical Mario.

Kirby is basically a big, fat marshmallow with legs, so his visual isn’t very Mario-like. However, the worlds are very reminiscent including jumping up hills and climbing spots. Kirby’s gig is that he can suck enemies and things into his mouth and either acquire the power, or launch a weapon. Sounds a little like Yoshi, huh? It was pre- the little dinosaur, but after Mario.

Throughout the rock-laden land that looks spectacularly like the world of Super Mario Brothers, Bomb Jack jumps and hovers around searching for bombs much like the little plumber does coins. Sure, there are differences elsewhere in the game, but it’s really amazing how close it looks.

Nemo is asleep in Slumberland. As he wanders about, his only goal seems to be snatching up keys so as to move on further in the game. In order to side-scroll to Nightmareland, Nemo needs to feed candy to animals in order to ride them and usurp their sweet, sweet powers. It might not sound a lot like Mario Brothers until you play it.

As overtly rip-off clones go, this one is pretty high on the copycat meter. You play as Master Higgins and you wander horizontally across the lands, weaponless and worthless. But then you find a stone axe, with which you can smash certain things (rocks, maybe?). Soon you find a way to trade it for… fire balls! These are more powerful, obviously. Above and beyond that, the surroundings are so much like S.M.B. that it’s laughable.

Bubsy is a cat, and it helps to know this because the aliens that are running amok are after the world’s supply of yarn balls. Yep, and because Bubsy has the most, he needs to defend them, see? Anyway, much in the vein of Mario, you bounce and parade around the landscape pummeling aliens with your feet (ahem), and collecting yarn balls (ahem).

Oh look, another caveman running around all side-scrolly smashing prehistoric fauna with his over-sized head. On a grand bit of scenery that looks, well, just like Mario for the most part.

Mario is a blue hedgehog. And there are rings instead of coins. Okay, I will stipulate, Sonic is faster, but come on man.