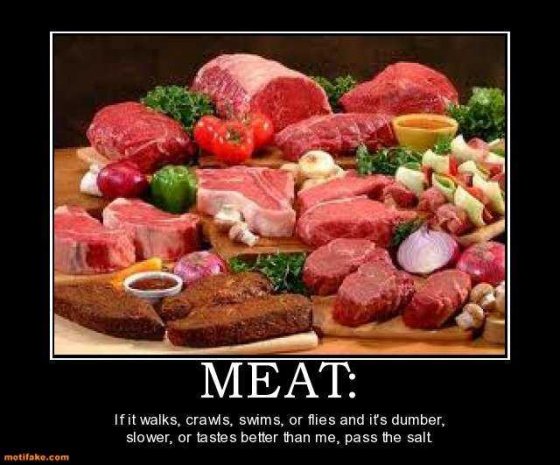 What subject makes for an awesome song as the warm days and nights of Summer slowly trickle away into the coolness of Fall? Yep, Meat. Why meat? Because even as it’s the delicious subject of many a wonderful meal, it also makes for a silly theme to many a groovy tune. Seriously, not one of these songs… okay, maybe with the exception of one, is even remotely not tongue-in-cheek. So sit back, press play, and nosh on Ten Tasty Tunes About Meat. Sadly, Meatloaf didn’t make the list. 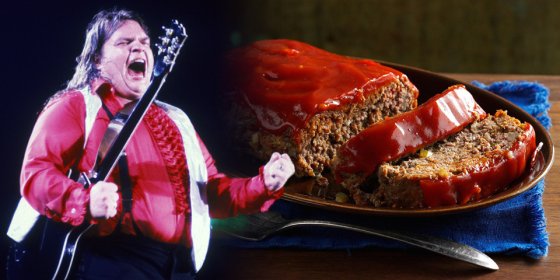 Meat is Murder (The Smiths)

This song is off of the second studio album from The Smiths, aptly named: Meat is Murder. Whether or not the band as a whole (or just the outspoken Morissey) had any real leanings toward meat in one way or the other isn’t really known, but the fact is the title comes from the G.I. on the cover with those very words immortalized on his helmet.

Yep. That’s the lyric and the very reason it’s on this list. I don’t think it takes a genius to figure out the connotation there.

Tenacious D is Jack Black and Kyle Gass, and if you haven’t heard any of the vast library of their songs, then you are doing yourself a massive disservice. Oh, and if those two names don’t immediately make you want to scour YouTube for the entirety of your day, how about the fact that Dave Grohl from Foo Fighters has drummed with them on all three of their studio albums? Does that do anything for ya? Also, this song is about a penis.

Found on his 1978 album, Son of a Son of a Sailor, the tune Cheeseburger in Paradise has rapidly become one of Jimmy Buffet’s best and most well-loved songs. Basically, the song follows a man attempting to change his life from that of a voracious carnivore into one more health conscious and veggie oriented. He dreams of a delicious cheeseburger… presumably in Paradise.

This list would be officially null and void without at least one magical parody from the master of such, “Weird Al” Yankovic. Oddly, Mr. Yankovic is a Vegan (for the most part) and has less than a passive interest in meat. That being said, a sizable portion of his songs revolve around food and, yes, eating meat. Anyway, this song is off of Al’s first album of parodies from 1983 and truly the kick start of one fantastic career. It is a parody of “My Sharona” by The Knack.

As was stated in the last little paragraph, “Weird Al” has a few songs about food. Though not all specifically mention meat per se, two of them do, and this is the other. This song is off the soundtrack album from his movie, UHF. It’s a parody of R.E.M.’s “Stand”.

Even if this song has literally nothing to do with either pork or beans, it’s included because it’s an awesome song and catchy as hell. Included on Weezer’s 2008 slef-titled album, frontman Rivers Cuomo describes the song thusly, “It’s an “anti-anthem anthem” that opens up a “broad space for critical exploration of what it means to be an aging band in the major label system.” Yep. That’s what I thought, too.

Maybe they’re not parodies like “Weird Al”, but Primus gets two spots on this list, too, just for being generally one of the wackiest and most different (see: unable to be properly categorized) bands of all time. Released in 1993, Pork Soda is Primus’s 3rd studio album and is definitely one of their darkest. The tune itself is a bunch of misunderstood lyrics with a really catchy chorus. Yum… pork soda.

More Primus absurdity in a song that, most likely, is about exactly what it sounds like it’s about.

To be a Phish fan is to understand a huge, extensive list of tunes that the band only plays during live concerts. Phish fans look very forward to hearing these special songs and even anticipate their favorites. During days-long shows (events Phish is well known for) one might hear the song, “The Meatstick”. And yes, after hearing this song, you will understand just like the rest of us to what this song refers. Dick. It refers to dick.