Ten Things Tom Coughlin Can Do To Raise The Fun Level 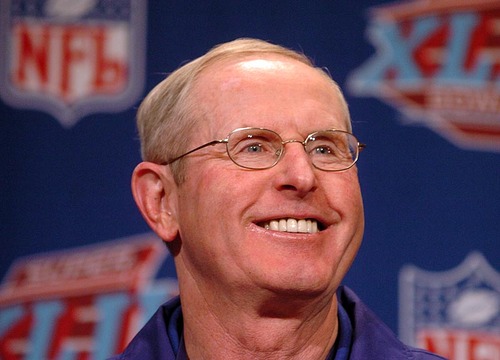 After another disappointing season, New York Giants players are pleading for their head coach Tom Coughlin to drop the dickhead act and lighten up a bit. Safety Antrel Rolle didn’t blame himself or any of the other millionaires who stopped playing hard in early December for Big Blue’s recent failings. Instead, he pointed the finger at General Coughlin:

“He has to understand we have a great team, we don’t have guys with discipline problems,” Rolle said. “We’re going to pretty much handle our own outside of football. When it comes to football, we’re going to take care of our business on the field. Just let us have a little fun a little bit, man. I like the coach, I understand what he’s trying to do, but he has to understand it’s 2011, man, things have changed.”

Things have changed. These days, a lot of NFL players can’t handle being yelled out or criticized. They prefer to be coddled with positive reinforcement. A stern, by the book military-like environment is counterproductive. Wealthy athletes need a looser, less restrictive locker room dynamic to reach their full potential.

With this in keeping, we here at Gunaxin have come up with some suggestions for how Coughlin can make things more fun and festive around Giants’ headquarters. After all, we’re nothing if not helpful. 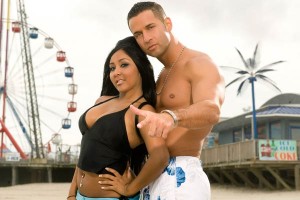 Nobody knows partying like this dynamic duo. Snook can teach the team how to take a punch while shitfaced, and Mike can instruct them on how to avoid “grenades.” 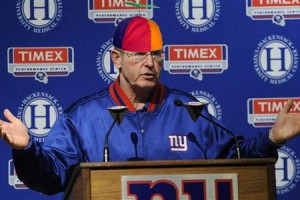 Nothing says fun quite like a propeller hat. All Tom has to do is plop one of these on his dome and he’ll immediately become 200% more likable. 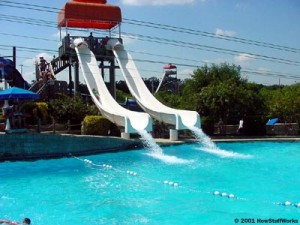 What better way to cool off after a hard day of practice than diving down a refreshing water slide. Plus, 320-pound Kevin Boothe in a Speedo equals comedy gold.

Casual, laid back attire is known to alleviate pressure. It’s a proven fact. Ditch the shoulder pads and helmets, and slip into a colorful Hawaiian shirt. Aloha, playoffs. 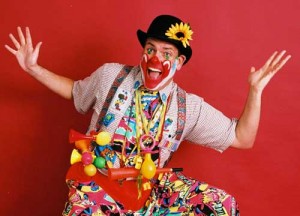 Bicycle horn. Red nose. Floppy shoes. Goofy smile. Bring a clown aboard and the fun quotient will shoot through the roof. 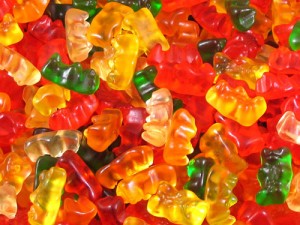 I defy anyone, young or old, to not crack a smile at the sight of Gummi Bears. Not only are they delicious, but they also bring out the inner child in all of us. 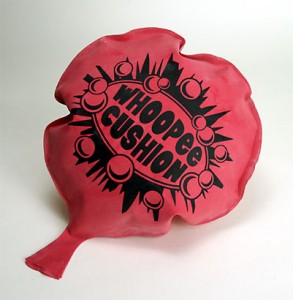 A strategically placed Whoopee Cushion around the locker room can result in hours and hours of laughs. “Hey, look. Coach Coughlin just got Eli with the Whoopee Cushion!” Hilarity ensues. 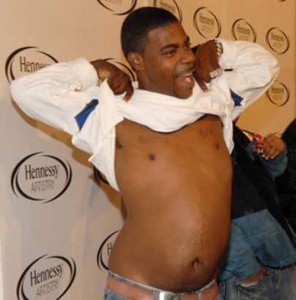 If anyone can get a humorless prick like Coughlin in shape, it’s Tracy Morgan. He might be batshit crazy, but you can’t deny his innate comedic talents. 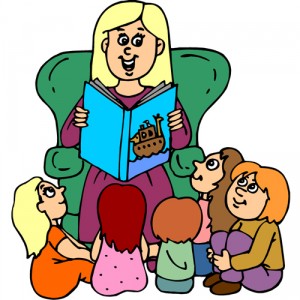 Everyone, even grown men, loves a good story. So, gather ’round boys and listen to Grandpa Tom tell the tale of when the Giants beat the undefeated Patriots in the Super Bowl.

Nic Cage has a vast array of intentionally and unintentionally funny clips from his movie catalog. Like this one from the 2006 classic, The Wicker Man. Why is he wearing a bear suit? Doesn’t matter. Bear suits are amusing.